Cat-themed cafes and products have already led to Japan being dubbed the cat-nation of the world by a great multitude of media. Nothing however beats a real cat on your lap, so cat lovers of the world prepare your cat-shaped suitcase because we are heading out to one of Japan’s legendary cat island, Tashirojima! 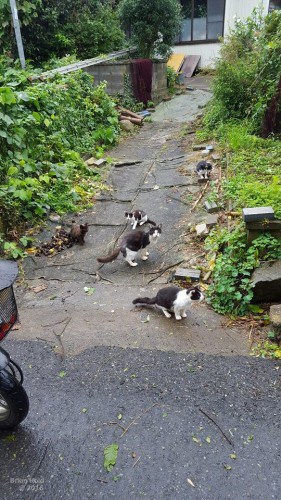 After taking a ferry-ride of about 45 minute from Ishinomaki in Miyagi prefecture, which leaves there three times a day for 1,230 yen, we arrive at its second stop: Nitoda Port. From the moment you get of the ferry, cats are there to welcome you at Tashirojima! 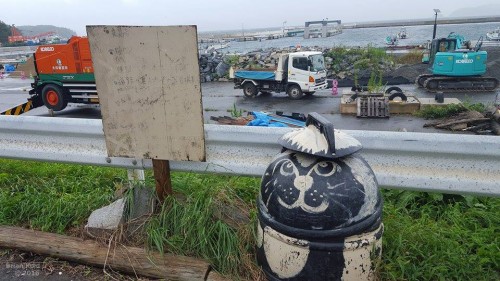 Tashirojima does not have much in the way of tourist attractions nor does it have many restaurants or shops for you to walk into. After all, you probably went on this journey for one single reason: cats. The reason why the island has become so populated with your favorite companions is that it used to produce silk-worms for textiles and cats helped chase away the mice that would eat these precious little creatures. Up till the 1950s the island was inhabited by over a thousand people, but as the silk-industry collapsed by the 1970s only a few hundred, mostly elderly people, remain. Today, the fishermen living on the island have started to care for the wild cats inhabiting it as they believed it might bring them good fortune. To this day the cats freely room the streets of Nitoda Port as well as the island interior. 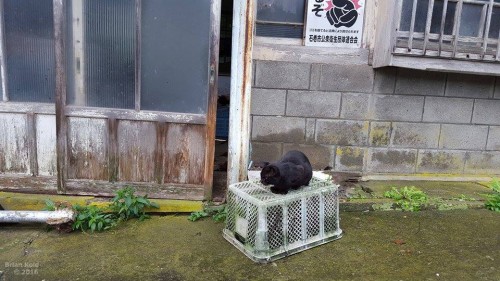 After exploring Nitoda Port for a bit it is time to make a short hike to the island southern edge, where we will find a Manga themed camping site. The site was established by the manga artist Shotaro Ishinomori, known for his manga Ganbare!! Robokon. It features numerous cottages shaped like cats and dozens of feline images drawn by other famous manga artists decorate the interior. The site is open from April to October for you to reserve your own kitty cottage with its own kitchen, toilet and bathroom or if you rather set up your own cat themed tent you are also more than welcome to do so. It surely seems to be a great place to enjoy the cool seaside during the warm summer. 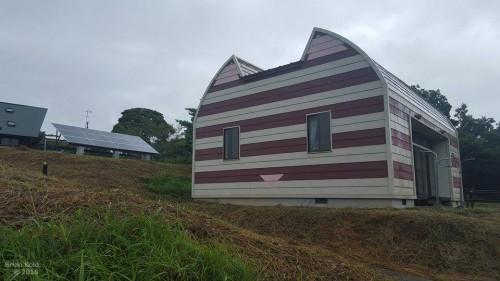 Heading further land inwards along the many roads that run across Tashirojima we find a small shrine dedicated to Nekokamisama. When fishermen were collecting rocks for their nets, one rock fell and hit one of their feline companions. Being fond of the cat they decided to bury her and build a small shrine in her memory. To this day many people leave a cat-related offering here during their visit to the island. 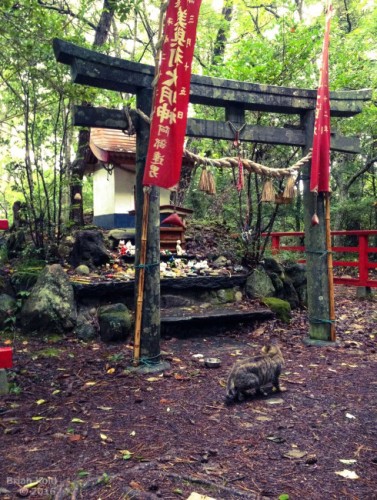 After playing with the cats while you wait for your ferry to arrive for the return-trip you may find some kittens are not so willing to say goodbye just yet! Nonetheless, I am sure you will also want to pay a visit to their cousins at Aoshima in Ehime prefecture next. 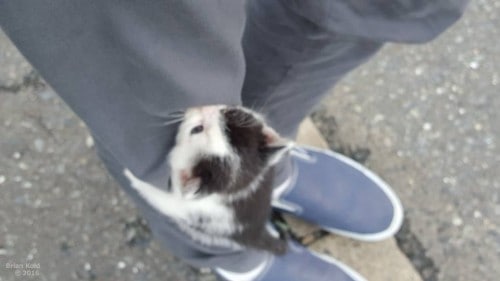