In Ehime Prefecture on Shikoku Island, there are many small, authentic towns nestled in rural valleys. Ozu City, located around ten kilometers from Uchiko, is best known for its castle but you can also discover a beautiful historic district and a must-see for any avid Japanese architectural enthusiast: the villa Garyu Sanso.

The Old Town in Ozu

Ozu developed around its castle in the Edo Period (1603-1868), at the edge of the Hijikawa River. Part of its historic center has been preserved. In Ohanaman Street, you can see merchant houses and samurai residences. There are also other more atypical buildings like the old Akarenga-kan red brick bank built in 1901, which has today been transformed into shops and galleries. Right next to Pokopen Yokocho Square, every Sunday (from April to November) you can enjoy playing booth games from the 50s and 60s. A walk in the center of Ozu allows you to cross all eras of Japanese history from the Edo (1603-1868) to the Showa era (1926-1989). 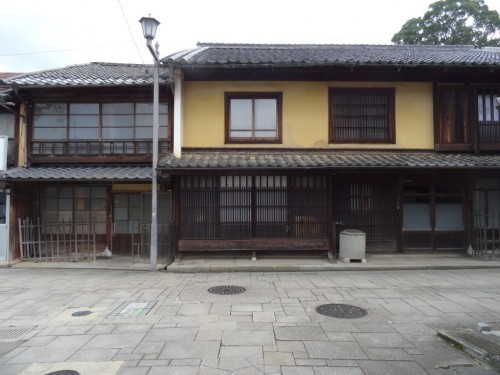 Ozu is also famous for its cormorant fishing ‘ukai‘, which runs from June 1st to September 20th. Ukai is a traditional fishing method that uses trained birds, cormorants, to fish for trout in the river. At dusk, fishermen sail on wooden boats lit by torches whose light is designed to attract fish. At the end of the ropes, the cormorants dive into the water to fish the trout without swallowing them. You can admire this unique sight on the banks of the Hijikawa River or on a boat.

Originally, the Garyu Domain, which literally means “sleeping dragon,” was a hobby garden for shoguns (lords). Gradually abandoned, the wealthy merchant Torajiro Kochi bought the estate to build his villa (completed in 1907). Following the restoration of Meiji (1868), Japan gradually abandoned its traditions. Through this project, Torajiro Kochi wanted to highlight the traditional know-how of Japanese artisans who did not have much work. It took 10 years of work to complete the plans and 4 years of construction. About 9,000 artisans from the region and Kyoto participated in the construction of this architectural work.

We began the visit with the main house, the Garyu-in, which employs the traditional style of Sukiya-Zukuri (an architectural style prominent in many traditional residential structures). In particular, the origins of the word describe a building where tea ceremonies were done as well as ikebana and other traditional Japanese arts. The rusticity of its thatched roof contrasts with the refinement of its interior design that would have been inspired by the Imperial Katsura Villa in Kyoto. Nothing has been left to chance, with each illustration and detail having its own symbolic meaning. For example, the four walls of Seisui-no-ma each illustrate a season through the decors of carved wood panels. In the ornamental alcove, behind the sliding washi paper panels, you can see a chinese inspired shadow using the magnificent carving work “Hanaikada” which represents spring with the cherry blossoms and stream.

In Kagetsu-no-ma, which means “foggy moon,” a round window symbolizes the full moon. Oriented full west, it is magically lit at the end of the day by the setting sun. Below, the hanging shelves represent the clouds. You can find other symbols illustrating the nightlife such as door handles in the shape of bats and gourds carved on wooden panels (because the flowers of gourds bloom at night). The main piece Isshi-no-ma had several functions. Once the tatamis were removed, it was transformed into a theater stage for Noh performances. On the outdoor walkway admiring the view of the garden, look for the signatures of the craftsmen on the nails of the floor! 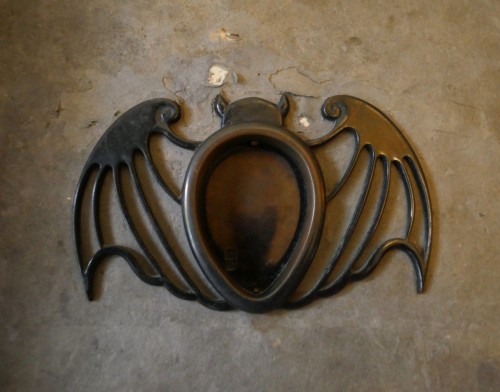 We crossed the beautiful Shakkei-style garden, which literally means “borrowed landscapes”, to access the Furo-an thatched roof pavilion that overlooks the Hijikawa River. Sitting on the tatami floor, we just concentrated on the beauty of the landscape. On the evenings of a full moon, I can imagine the moon and the curved bambloo ceiling would refect perfectly in the river like a painting! During the weekends from April to October, you can enjoy matcha tea for 400 yen here. If you are visiting Ehime Prefecture, do not miss this architectural jewel filled with poetry.

Just 50 kilometers southwest of Matsuyama, Iyo-Ozu Station is easily accessible by train from the JR Yosan Line, which also serves the city of Uchiko. From Matsuyama, you can choose between the express train, and a 37-minute ride, or the local train, for a 70-minute ride. All of Ozu’s attractions are within walking distance of the train station, and it takes around 20 minutes to walk to the historic district and the castle.