Sado island known as Sado-ga-shima is the eighth largest island in Japan and is located 45km off the coast of Niigata prefecture. In Japan, this island is famous for its many festivals and traditions, which were created by local inhabitants. There are many festivals (matsuri) such as Earth Celebration in August or the festival Yoi No Mai. Noh Theater is also very popular and holds many performances though out the year.

Every year, at the beginning of June, the Yoi No Mai (宵乃舞) festival is held in Aikawa town on Sado island. the The main street is called Kyomachi street which flourished due to the discovery of gold mines. Kyomachi street connects Kitano  Shrine (北野神社) to Sado Bugyojo (佐渡奉行所). 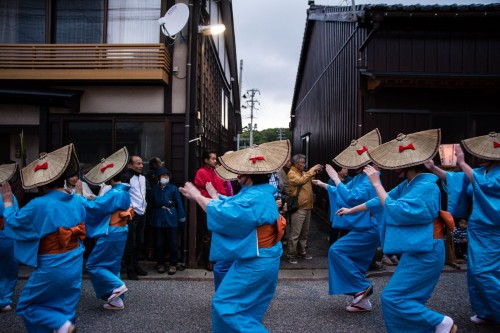 All the groups in the festival were dressed up differently, all equipped with a hat made from igusa, a solid plant also used for the manufacture of tatami mats. Musicians and singers sang and performed lively songs while others danced a traditional dance called Aikawa Ondo (相川音頭). 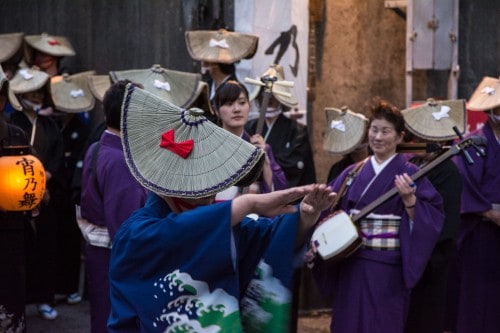 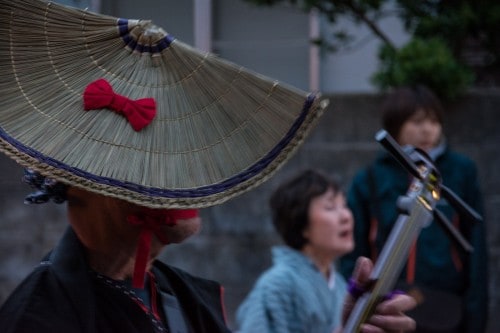 It was really a super beautiful to see this traditional performance. All the inhabitants of the city and surroundings come to see these unique parades once a year. I was truly impressed with the strong traditions of the island. 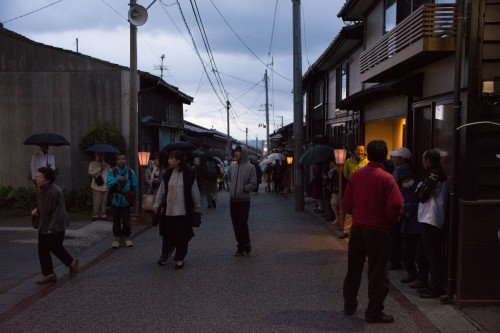 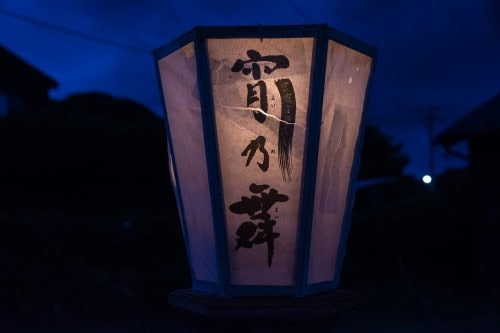 The parade takes place about 1km between the two points mentioned above. Nice little lanterns are arranged along this street, which lends an even more magical atmosphere to the festival! 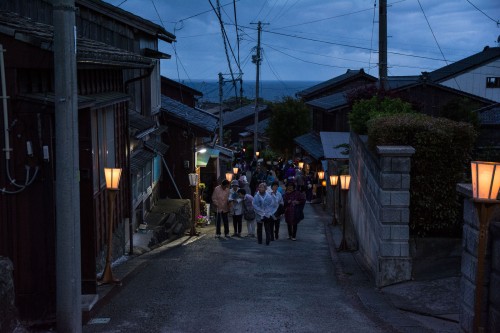 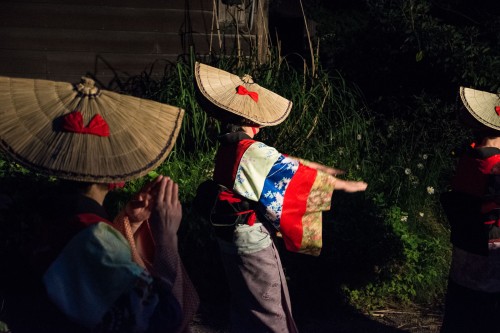 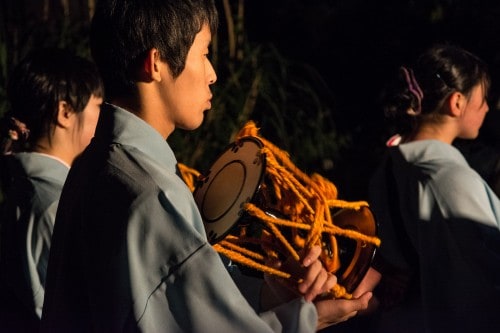 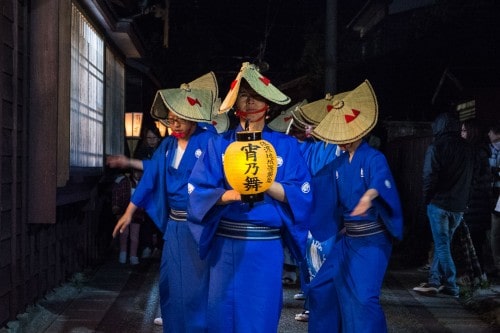 Approximately twenty bands walk slowly to the temple from the bottom of Aikawa town. The festival starts at 19.00 and finishes around 21.30! If you are around Sado island, it is really an authentic spectacle and should not be missed! 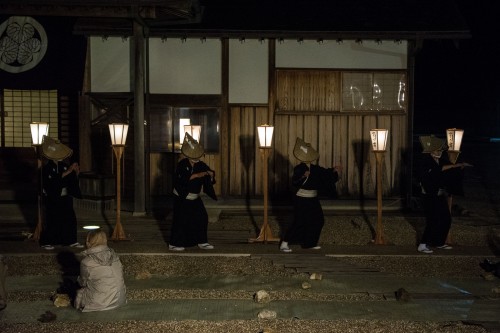 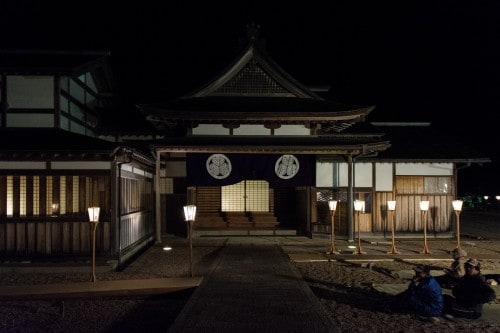 In addition to this festival, Sado island is deeply rooted in the tradition of the Noh performance, a form of classical Japanese theater combining dance and poetry with music. A famous playwright was exiled on the island, and he created the unique Noh culture which made the island’s culture even stronger. There are still some 30 stages on Sado island today. The play takes place from spring to autumn. Takigi Noh is quite popular and active throughout the island. These events of Tenryo Sado Ryotsu Takigi are organized in May, June, July, September and October. 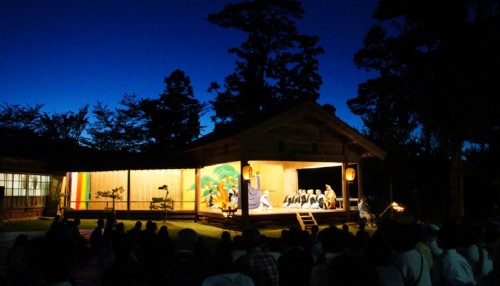 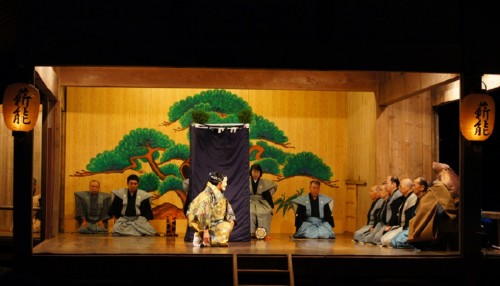 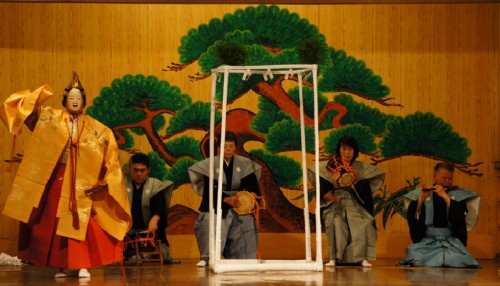 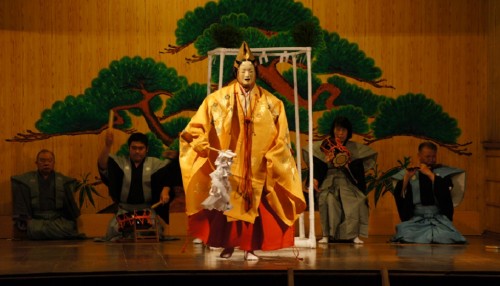