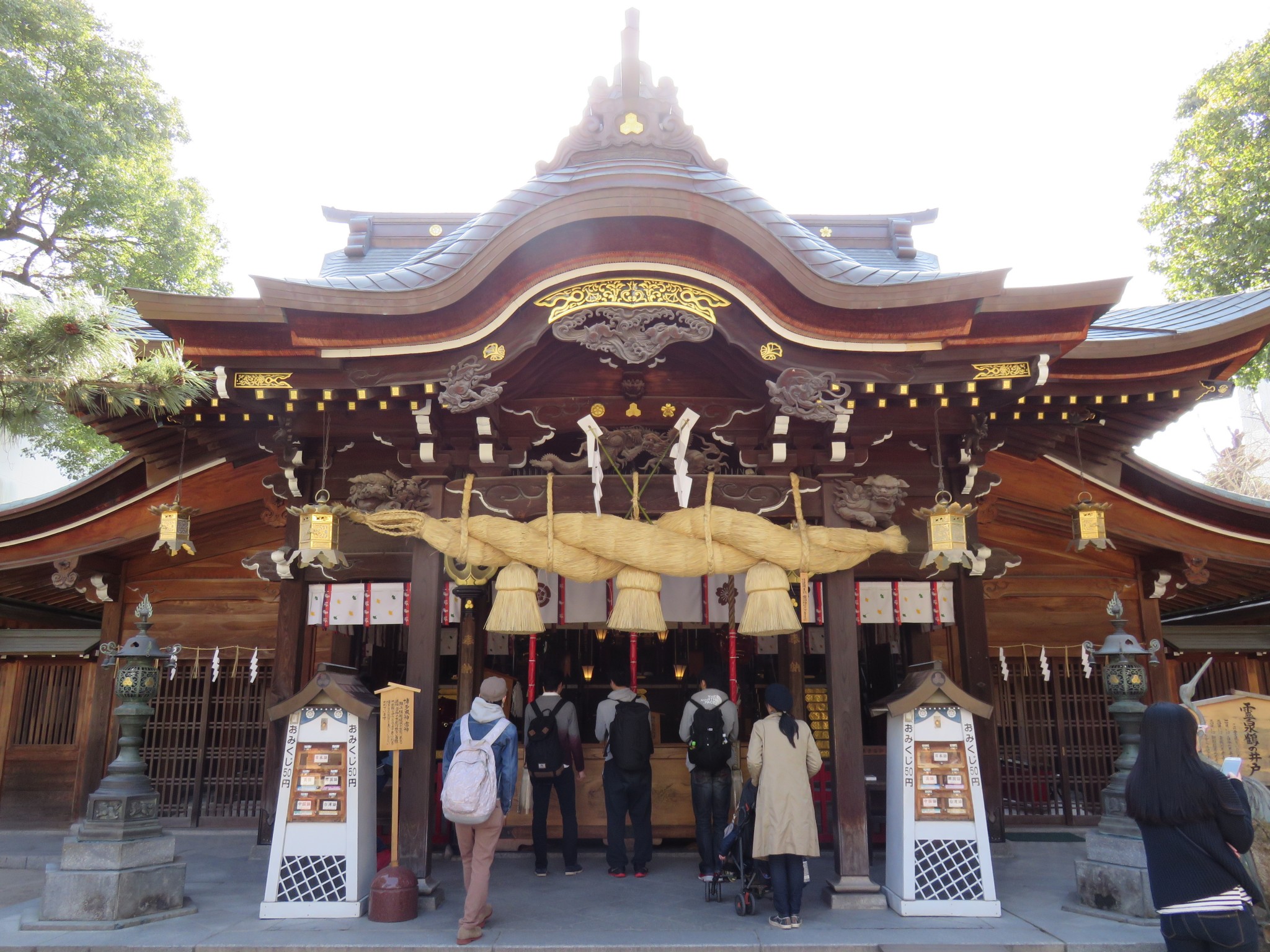 Kushida Shrine, one of Fukuoka’s most famous sites

Kushida shrine, at the center of Hakata Gion Yamakasa, is one of Fukuoka’s most beloved shrines. 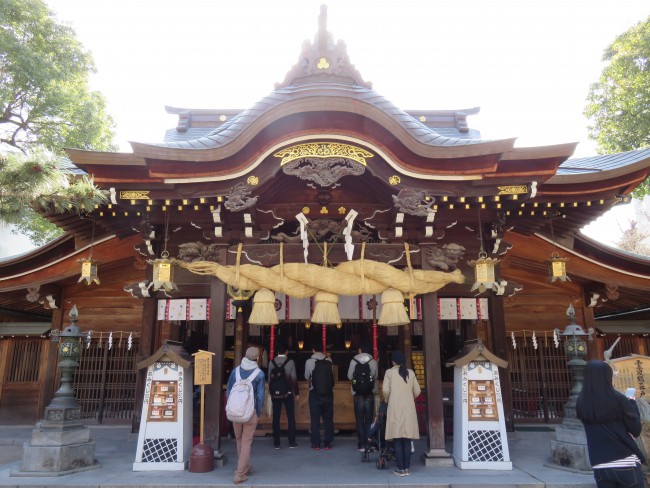 This Shinto shrine was reportedly founded in 757. Now, the area has become a popular spot for people to pray for success in business. People also come here to pray for youth and long life. In the shrine grounds, you can view the famous floats from the Fukuoka festival Hakata Gion Yamakasa all year round. These stunningly decorated floats are several feet high, each weighing more than a ton! If you don’t get a chance to see the Yamakasa, when people carry these floats around the city, stop at Kushida shrine for a closer look. 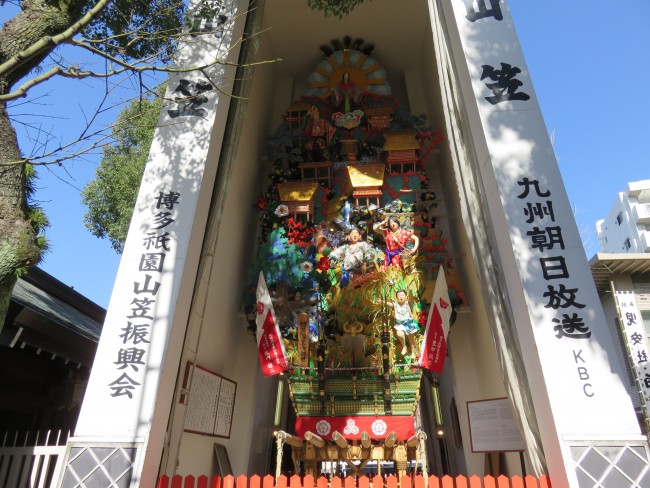 Outside the main shrine, there are various small shrines throughout the grounds alongside plenty of traditional sculptures and sights. 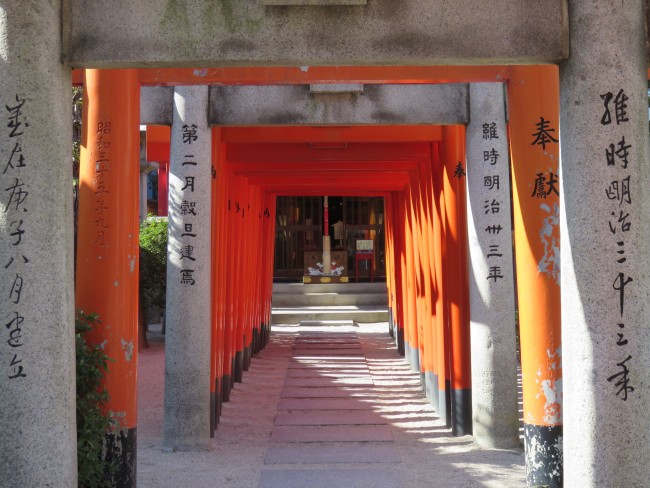 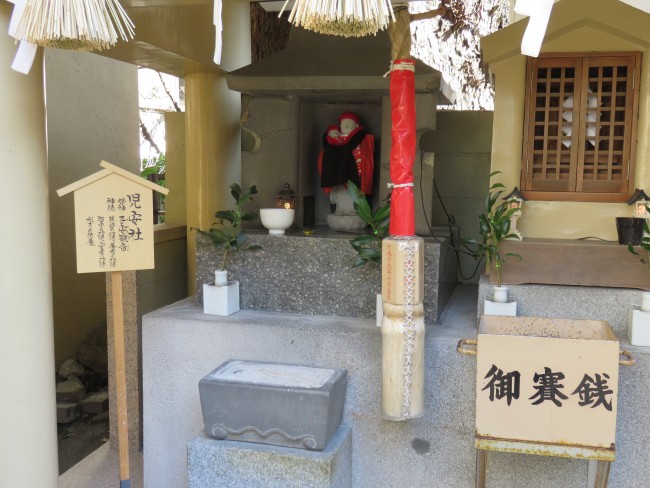 A small shrine for the protection of small children.

As you enter from the main gate, just above hangs a beautiful Chinese zodiac clock pointing at the current year’s animal. 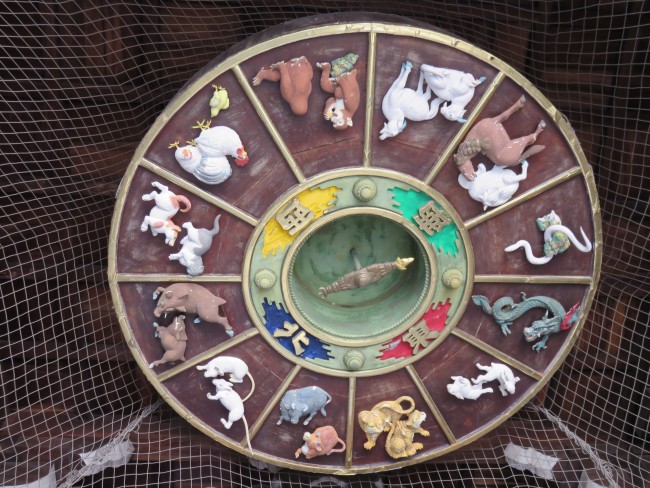 The main shrine’s roof has a beautiful design. Here, paper fortunes known as omikuji are available in several languages, including English. You can also buy charms that grant luck and protection at the shop near the main shrine. To this shrine’s front is Reisen Tsuru – a fountain decorated with crane statues. It is believed that taking three drinks from this fountain will give you long life. 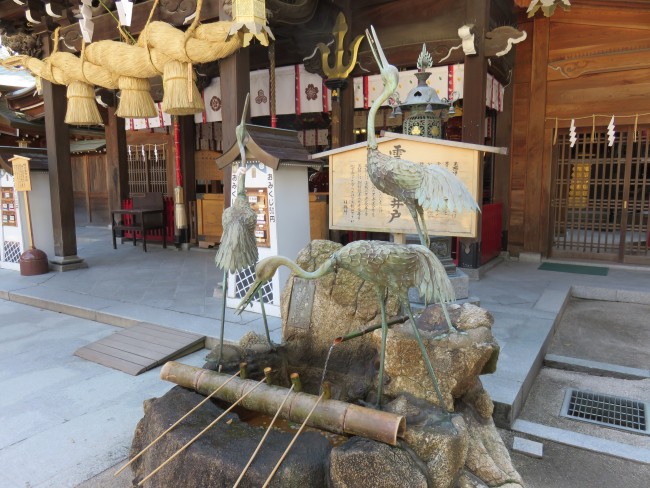 If you walk around the grounds you can see other smaller shrines, including one colored with red torii gates marking a Shinto spirit world. You can also see sculptures or stop by the gift shop. There is much to see, along with a sense of the deep history and culture behind this shrine. Power stones known as rikishi are also kept among the shrine grounds. These are lifted by sumo wrestlers; some visitors to the shrine attempt lifting them, but a single rock usually takes several people! There is also a ginkgo tree said to be 1,000 years old, symbolising long life. 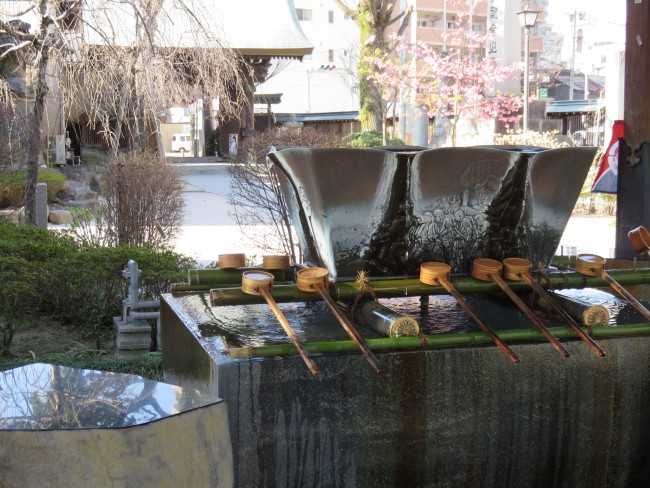 The purification fountain near the main entrance.

Kushida shrine conveniently neighbors the popular Fukuoka attraction Canal City, around five minutes on foot from Gion or Nakasukawabata stations. The central location means you can easily drop by if you are visiting other shrines or shopping areas nearby. As a popular Fukuoka shrine, Kushida can get crowded, though usually quiet during weekdays. 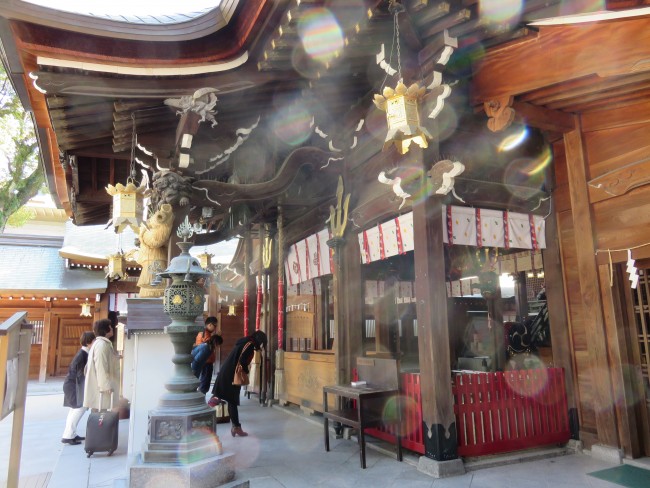