Heda, A Secret Cove off the beaten tracks in Izu Peninsula

Heda, a harbor tucked away inside an almost closed cove is the epitome of what Izu Peninsula in Shizuoka Prefecture has the best to offer to any tourist, be he/she Japanese or from distant shores.

It was visited in 1854 by the Russian frigate Diana of the Imperial Russian Navy, the flagship of the Russian explorer Yevfimy Putyatin when it was damaged in a tsunami, following the powerful Ansei-Tōkai earthquake of 23 December 1854. The Diana sank while sailing from Shimoda to Heda for repairs. Nowadays Heda is an off the beaten track resort with spa’s renowned for its thermal hot springs (onsen) and arguably one of the best spots to admire Mount Fuji in the whole of Japan.

Board in front of the tiny but extremely useful Heda Tourist Bureau.

Before I can extol the reasons to visit the village let me explain the easy access:
Go down at Mishima JR Station (Shinkansen Bullet Train Stop) and proceed to the neighboring Izu Hakone Line Station (right of the Mishima JR Station South Exit). Board the local train/Izu Hakone Line to Shyuzenji (30 minutes, 510 yen). Take a bus from Shuzenji Station, terminal No 6 to Heda (54 minutes, 1,000 yen).
The bus will reach Heda just beside the Tourist Bureau you ought to visit to get as much information and as many pamphlets as possible from the very kind staff!

First of all, Heda is a paradise for photographers, amateur and professional alike, who can take innumerable shots of Mount Fuji from various view spots all year round as the sacred mountain is changing its robes daily.

In Autumn, one may sight Mount Fuji as a dark and mysterious figure shrouded in mists looming beyond the sea. 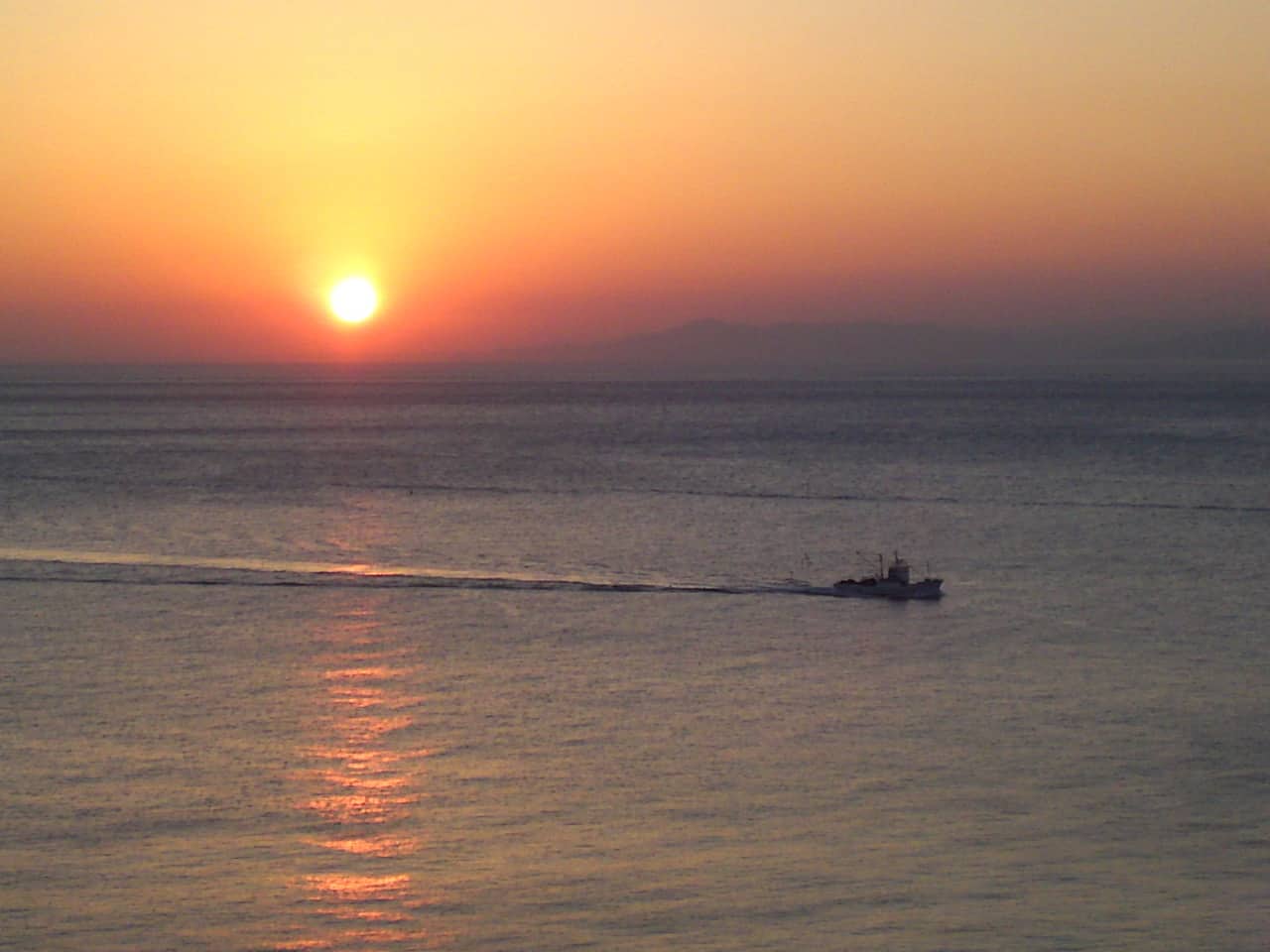 Once you have managed to take your eyes off Mount Fuji you will realize that the cove itself is also worth clicking away all day long. In the middle of November the surrounding mountains will explode into autumnal colors and the first snow will don a cap on the faraway Mount Fuji, but before you linger on the inside beach let me take to the tiny Shipyard and Suruga Bay Deep-Sea Museum past the old lighthouse.

It is an old and almost decrepit building, the more when you realize that the various monuments left and donated by the Soviet Government date back to 1947. The entrance fee is a mere 200 yen as the Museum is managed by the City.

The largest crab in the world, Takaashigani, almost 3 meters from leg tip to leg tip

The Museum is divided into two distinct parts, the Shipyard & Suruga Bay Deep-sea Hall on the lower level and the upper level dedicated to Yevfimy Putyatin and his frigate Diana.

A real Sakegashira, a variety of deep-sea mahi mahi, even bigger than the Japanese Spider Crabs

Most of the displays were donated by local fishermen or well-wishers. All names of fishermen, places and dates of catch are clearly indicated.

Tasmanian Giant Crab, the crab with the largest body (legs not included) in the world

Crabs out of the deeps…

Spiders of the deeps

A ghost of the deeps?

Sharks of the deeps

They call that critter from the deeps a fan globefish

For the marine history buffs

Walking from the Museum towards the inlet you will go past the small quaint Shinto Shrine Morokuchi Jinjya/諸口神社.

Keep walking under the pines and you will find the sacred shrine portal/torii/鳥居/ overlooking the inlet. Needless to say that the shrine is there to protect the fishermen and their families.

Away from the summer bathers, fishing buffs enjoy the day on the small pier in front of the shrine gate

The shrine portal as it looks from inside the cove

The beach is a great promenade out of season (I mean the bathing season!)

Calm blue and beautiful waters away from the rough seas

A monster from the deeps? Utsubo (ウツボ) or Moray eel

A Nessie monster for the kids

A squid-fishing boat! Red squids are a delicacy abundant in the Suruga Bay waters and the boats go to sea at night only. For now it is time to go back to our hot springs hotel though.