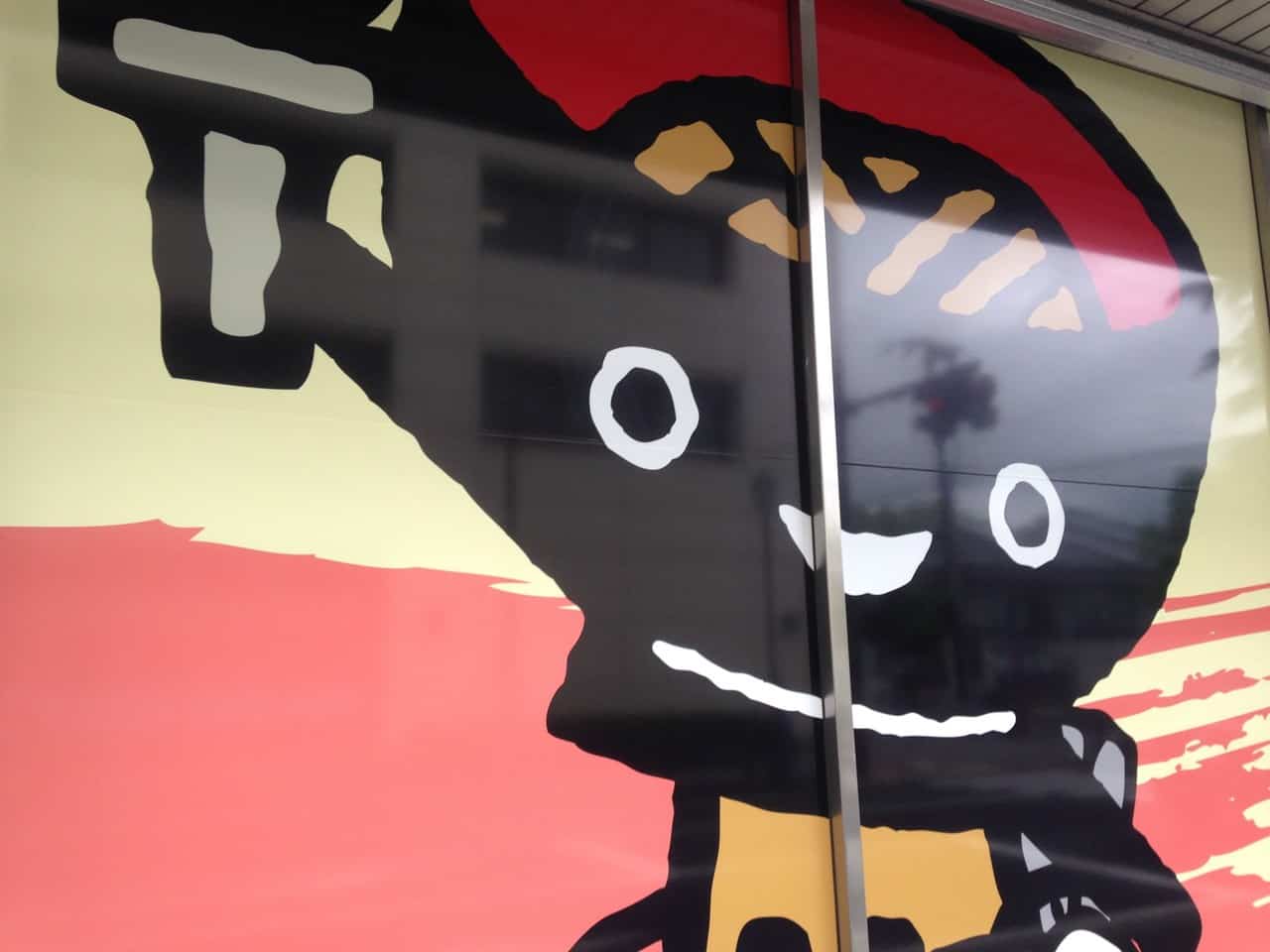 It’s common knowledge that Japan is crazy about cute characters. From Hello Kitty, to Funassyi, Japanese culture is inundated with adorable animated characters. They’re not just for children, the police stations and fire departments have their own characters, trains and subways have their own characters as well. And even the cities and prefectures have characters, a point of great pride, especially when those characters gain nationwide popularity, like Kumamon, who is now sold adorning stationary and handbags in cities other than his home prefecture of Kumamoto.

Or Funassyi, the mascot from Funabashi city, who can be bought as a key chain, or even a cuddly stuffed… whatever he is. 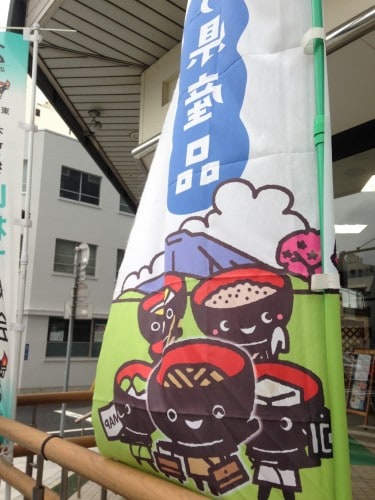 Here in Iwate, we have our own characters, the Wanko Kyodai or Wanko Brothers.

The Wanko Kyodai are represented by five smiling brothers in the shape of the traditional lacquered Japanese bowls. Iwate is the top producer of lacquer in Japan, so the bowl shaped brothers are fitting. In the Iwate dialect, “wanko” means bowl or cup, and each of the brother’s concave heads contain one of five food specialties of Iwate. 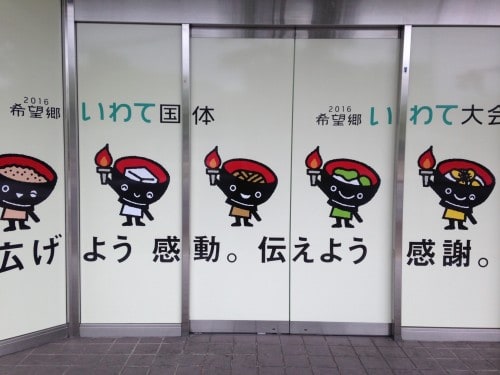 First and most popular is Sobachi, his tiny bowl head is filled with soba noodles. Soba, is one of the most popular noodle dishes in Morioka. 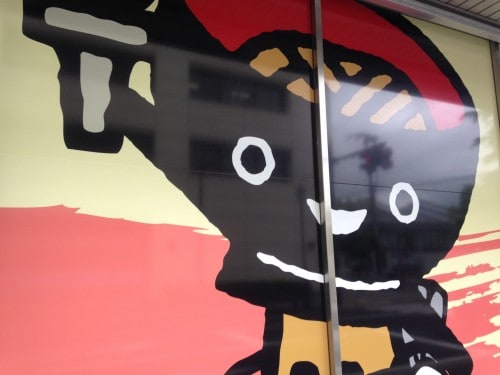 We also have Tofuchi, who as you can guess is filled with Tofu, one of the main products grown in Iwate. 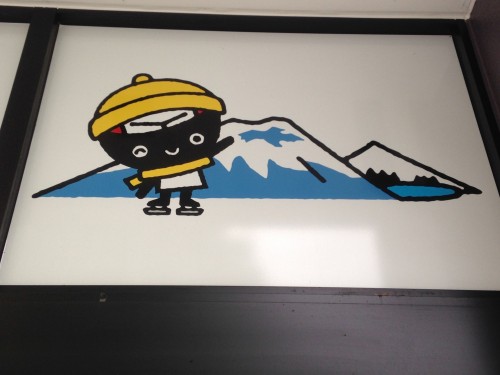 Next is Unichi, this brother’s bowl head is filled with uni, or sea urchin, a popular product from the eastern coast of Iwate, made all the more relevant by the popular television show “Amachan,” which is based in the city of Kuji. 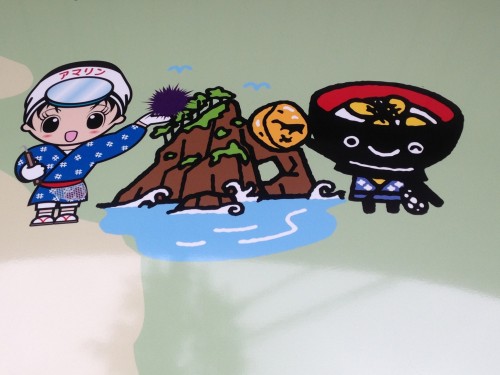 There is also Omochi, the brother whose head is filled with mochi, or Japanese rice cake. 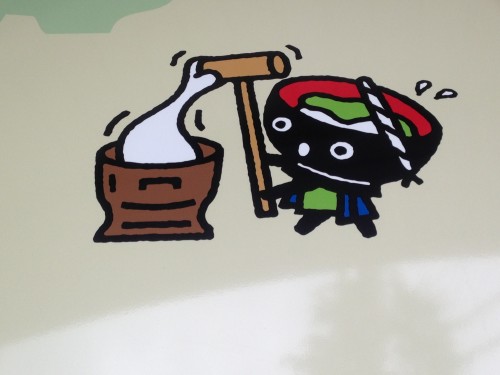 And finally, the last brother is Kokuchi, who is filled with some kind of grain mixture or cereal. 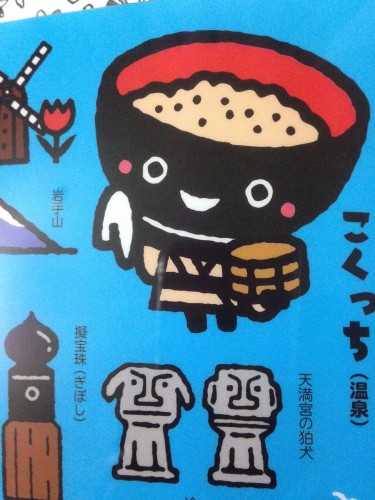 You can find an excellent introduction to each brother here!

The site describes their personalities, as well as likes and dislikes (my favorite is Tofuchi who is, “friendly, yet firm”). The site also provides free printable paper crafts for you to make your own Wanko Brothers paper figures. 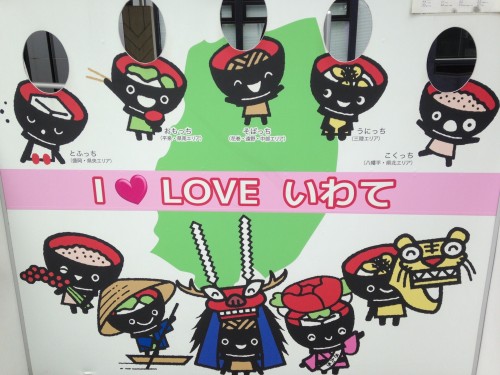 The brothers are incredibly popular, adorning everything from stamps to bags, stickers and signboards and they have even been used in landscaping, as a way to welcome tourists, especially this year as we host the Japan National Sports events. 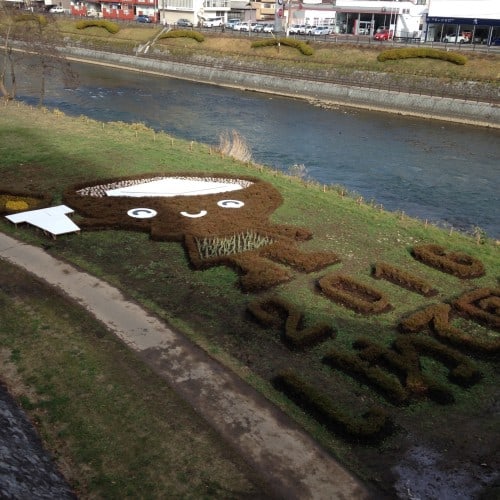 You can catch the brothers depicted skiing, or dancing the Sansa, playing hockey, or hiking depending on the time of year. 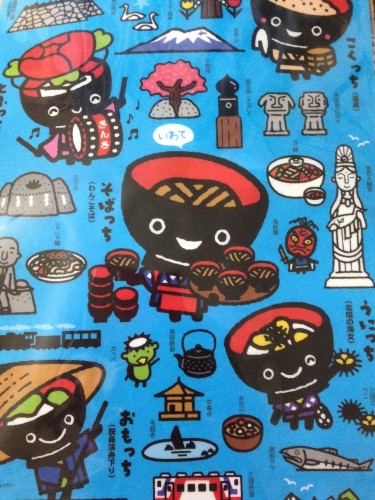 So if you decide to come to Iwate, be sure to take the time to appreciate the talented and adorable Wanko Kyodai when you see them.