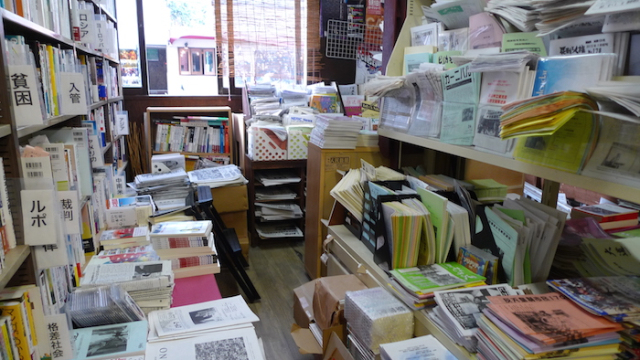 Were there anarchists in the history of Japanese politics?

Conformity and hierarchy are often treated as synonymous with Japan and Japanese society, and many Japanese people avoid the topic of politics altogether. The traditional view of a country based on social cohesion and an adherence to rules is prevalent across the world. For many visiting Japan the experiences validates this, thousands of perfectly suited salarymen and women flooding the Metro, sleeping still standing. Even social occasions are dominated by work life considerations, the tradition of picnicking during cherry blossom (hanami) is often drinking with co-workers. ‘Nomikai’ (going for a drink after work) is a vital part of being a part of the company structure. 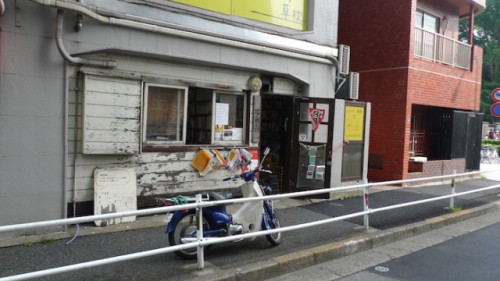 It will come as a surprise then that Japan actually has a strong history of Anarchism and Labour action dating from the very start of its rapid industrialisation til the modern day.

For those interested in Japanese progressive and anarchist politics, Mosakusa Bookshop is a perfect place to pick up information and literature. Unfortunately it’s best if you can read Japanese as most of the books are not in English. If you cannot, it’s still worth a look around this book store, as there’re some really interesting photo-books. 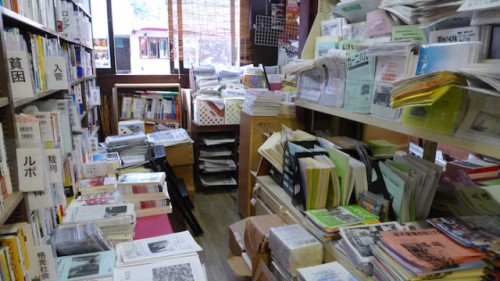 Most of the material I could make out was literature on anarchist theory, current campaigns, protest movements, history and art.

The Meiji Restoration began a vast industrialisation of Japan, aligning it with European powers in terms of economic and military power. Much like the European countries, this power soon translated to colonial ambitions, Japan’s first major war of the twentieth century (following the First Sino-Japanese War 1894-1895) the Russo-Japanese war (1904-5) cementing Japanese dominance in the Korean Peninsula and northern China.

The emergence of wage-labour created a working class and attempts at unionisation came early in 1900. The state reacted with the implementation of the “The Public Order and Police Law of 1900” which resulted in criminalising workers’ organisations. The first political organisations to challenge imperial and capitalist structures were Marxist, social-democratic and faced repression from the state. Key figures in the early radical newspaper community such as Kotoku Shusui produced material which became increasingly critical of the emperor and the Imperial state.

Several workers movements merged, split and argued with each other, the anarcho-syndicalists (direct-democratic worker control of production and self management) became a popular force. Many went further than work-based struggle and even attempted to assassinate the emperor and carry out terrorist attacks on military leaders.

It’s fair to say that anarchism is not big in Japan today following a wide trend of disinterest with politics since the 1960’s. That’s not to denounce the movement as dead, ideas are always alive, especially thanks to bookshops like Mosakusa Bookshop in Shinjuku, and the recently popular SEALDs movement, and growing Shinzo Abe’s defense reforms proves that the youth can be engaged in politics.