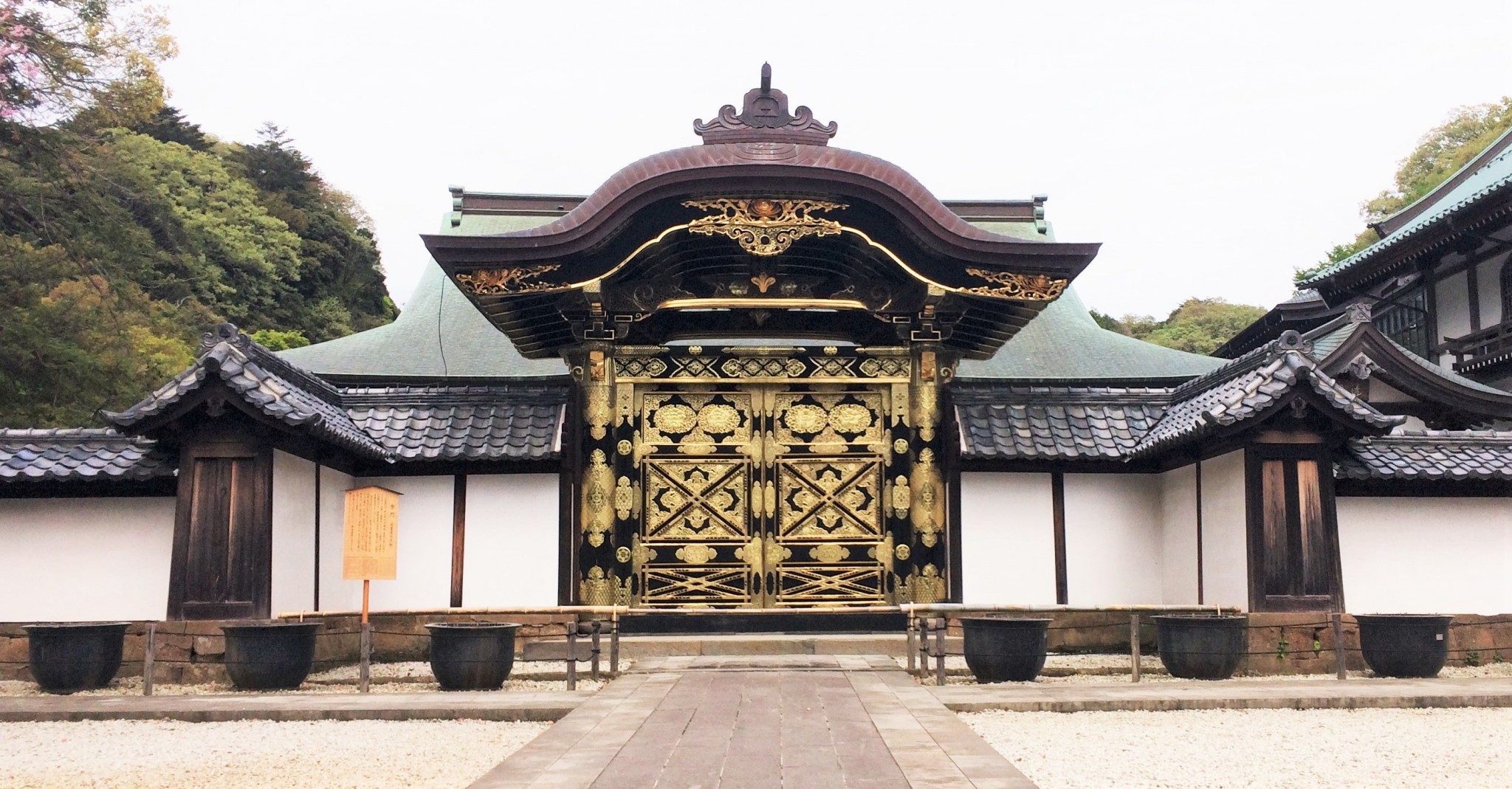 As any temple suggests, the Japanese sure do value cultural legacy. Having freshly moved from Australia, where my hometown was founded in 1875 (yes that’s AD), it is overwhelming to step into a place like Kencho-ji Temple. Completed in 1253, Kencho-ji Temple is the hallmark of Kamakura. Its grandiose grounds preserve ten chief structures and ten sub-temples.

Among Kamakura forest, standing afoot Japan’s oldest Zen monastery, I had a rare thought. I seldom ruminate unless cajoled by a few sakes and DJ-Shuffle elects Enya as the background track, but at this temple, I had to subconsciously excuse myself for slipping into a transcendental moment. The stately Sanmon building stands upon entry, guarding Butsuden Temple and Hatto Temple. Butsuden and Hatto Temples are the most decadent among Kencho-ji. They appear ancient, yet incredibly pristine. Those in the monastery sure understand the art of domestic cleaning.

The Zen monastery welcomes entry and photography into its main temples, so take your time to absorb them. The Zendo and Kaisando buildings prevail to the right of Hatto temple. These are utilised by the monastery so you cannot enter, but it is worth appreciating them from a short distance. 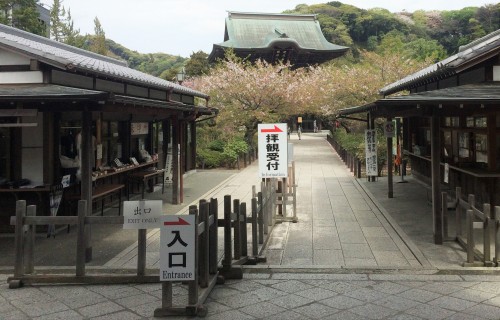 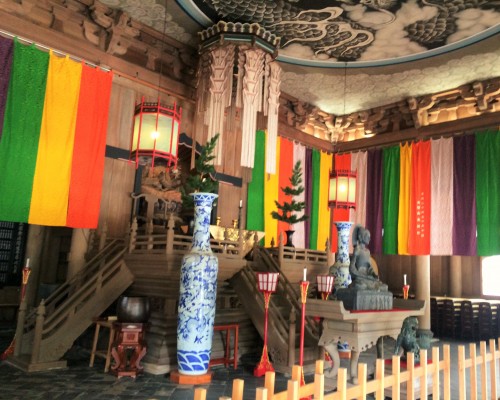 Photos are allowed inside temples!

Beyond the main temples are three attractions. Hojo Temple is nonchalantly sophisticated; Teien Garden is enchanting; but Hanso-bo Shrine is the showstopper. Unfortunately, Hanso-bo Shrine is atop the only hill at the temple. And you know what they say about big hills – big stairs. It was built in the 13th Century so I guess we should let the lack of wheelchair access slide. I relied on gaijin stubbornness to coax me to the top and it was well worth the momentary strain. From Hanso-bo Shrine you have a 180 degree view of Kencho-ji Temple. 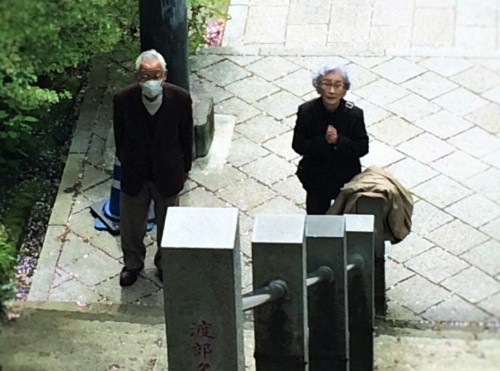 Getting mentally prepared for the stair climb… 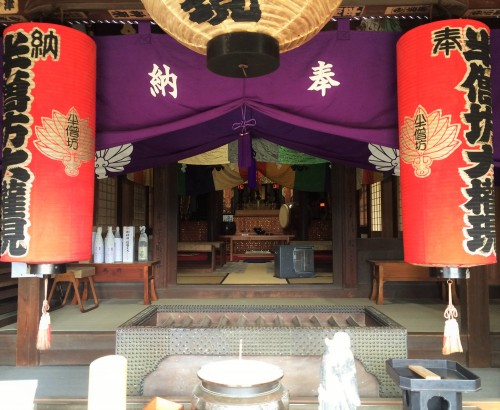 Kencho-ji Temple’s history as a training monastery is intriguing. The temple was founded by Rankei Doryu, a Chinese Zen master who immigrated to Japan to spread the word of Zen. Doryu must have been a persuasive cat because he was the first priest of the Zen sect to be given a memorial title by a Japanese emperor. Emperor Gouda dubbed him the, “Teacher of Great Realisation.” If this appellation was engraved into my tombstone I would feel pretty vindicated. 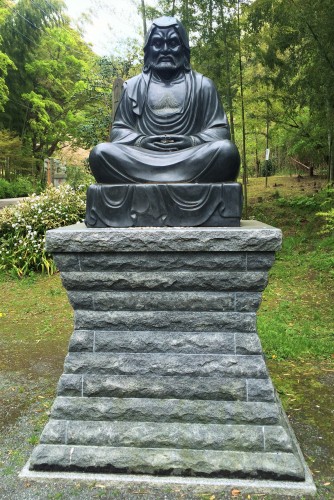 The “Teacher of Great Realisation.”

Kencho-ji Temple has survived fires in the fifteenth century and several wars in the nineteenth and twentieth centuries. Today it continues to teach the art of Zen meditation to its priests and welcomes tourists from across the globe.

Kencho-ji temple is a lovely 1.6km walk from Kamakura station. There are taxis and buses from the train station, but I recommend walking up Komachidori St, a famous tourist hub that boasts elegant market stalls and restaurants. Take the East Exit from Kamakura station and look left, Komachidori St is by the McDonald’s sign. Once Komachidori St ends, continue along the main road as it bends leftward and you will see Kencho-ji temple. It is a temple, so you cannot miss it.

Hi, I'm a 27 year old Australian living in Japan. I love to write, read, travel the unknown, play guitar and keep fit. I believe travelling Eastern countries like Japan is the best way to learn about the world and our place in it. Keep on rockin' in the free world!