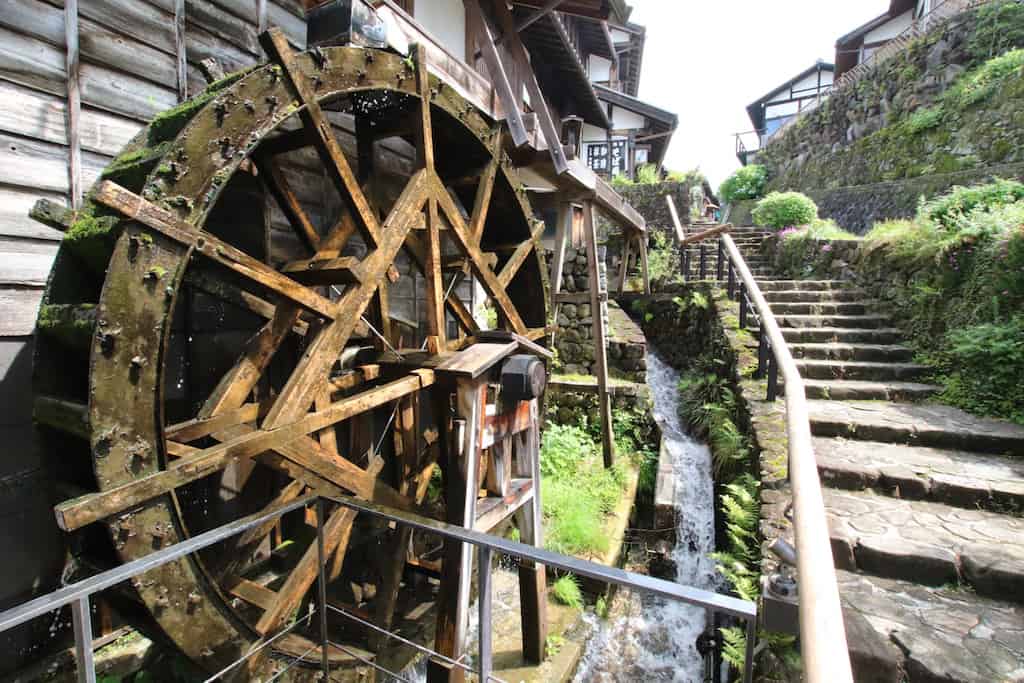 Kiso Valley, The Nakasendo and a Piece of Japanese History.

Kiso Valley (木曾谷) in Nagano prefecture is one of Japans most beautiful and easy day treks. With much history, strong tourism and many points of interest, it makes for a great day or two trip and a good detour when traveling between the Kansai area toward Nagano’s major cities of Nagano and Matsumoto.

During the Shogun run Edo era of Japans history, the people lived under the strong oppression of the samurai and Shogun (military leader of the country). The government tried to restricted the movement of people such that the only way to travel between the major cities of Kyoto and Edo (modern day Tokyo) was by walking. As the distance between the two cities is (according to Google maps) some 453 kilometers, taking around 100 hours without rest), many post towns sprung up to support the passage of walking travelers.

Kiso valley and more specifically, the “Nakasendo” route through it, was one such route. “Nakasendo” translates to “path through the mountains” as it was one of two routes between Edo and Kyoto (the other ran along the coast through Shizuoka). The “Path through the Mountains” runs at 500km, and is a popular tourist spot today because great effort has been made to preserve the towns of Tsumago, Magome and Narai to look as they did in the Edo period. 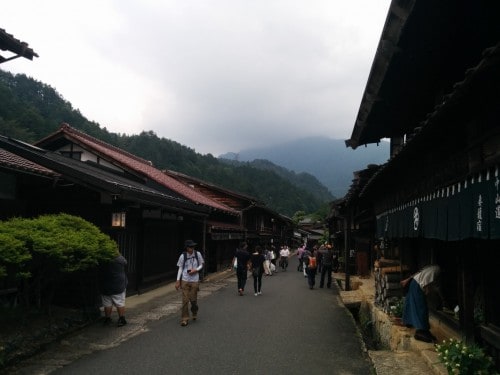 The main street of Tsumago. 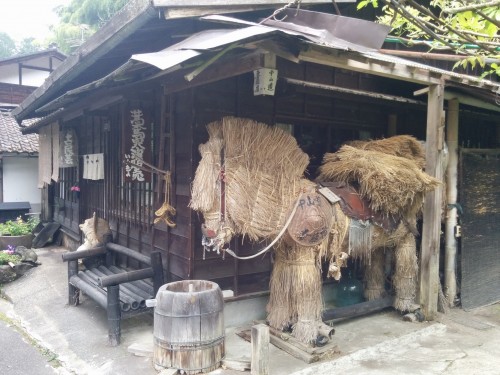 The building are authentic looking, and a good deal of effort seems to have been made to keep the feeling true. 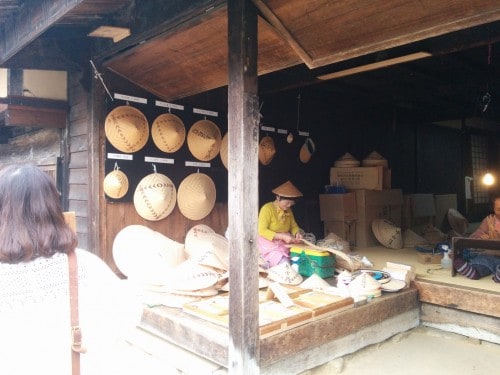 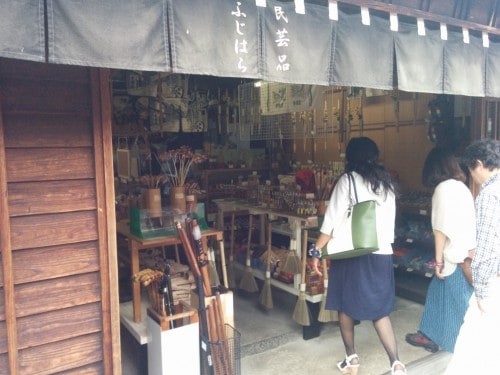 There are many restaurants and souvenir shops along the road. You can get authentic handmade straw works such as paddy field hats. 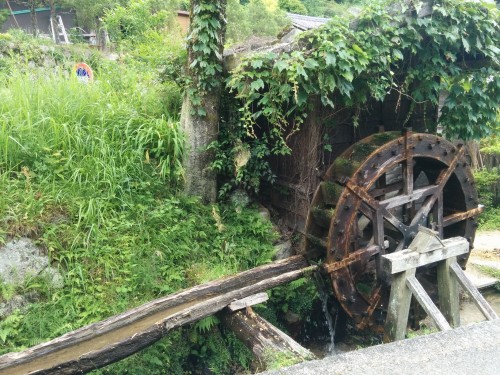 Toward the end of the street it becomes more rural, and the road continues on to too the remains of the castle. 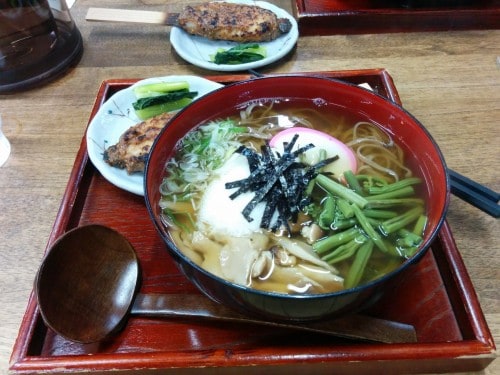 Nagano is famous for its soba noodles (buckwheat noodles). 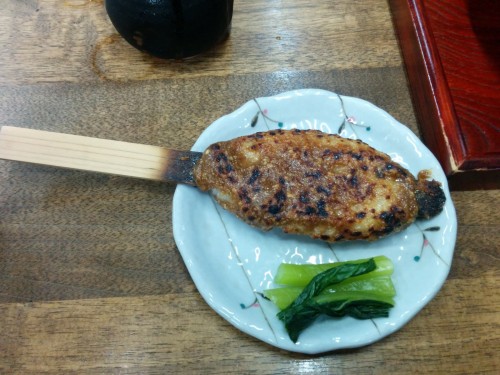 And the Kiso valley area is famous for “Go-Hei-Mochi”. Go-Hei-Mochi” is pounded rice (mochi), baked and covered in a miso sauce paste. It is very sweet and very delicious! 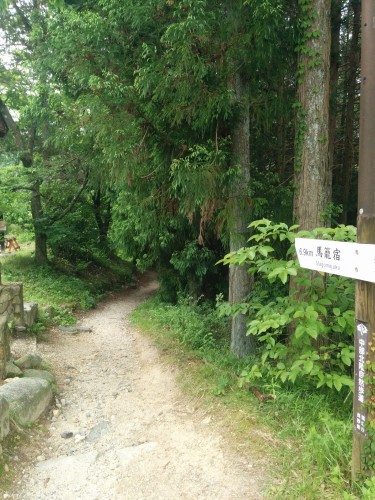 The Nakasendo starts at the carpark of Tsumago. If you talk to the car park attendant, you can get English maps of the route and things to see on the way. 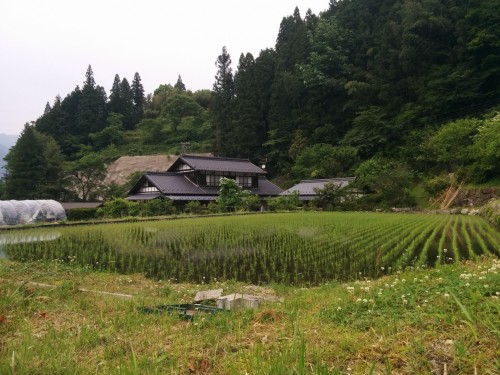 The route is part hiking trail and part normal roads. There are many opportunities to see traditional looking (and in use) farm houses and rice farms. 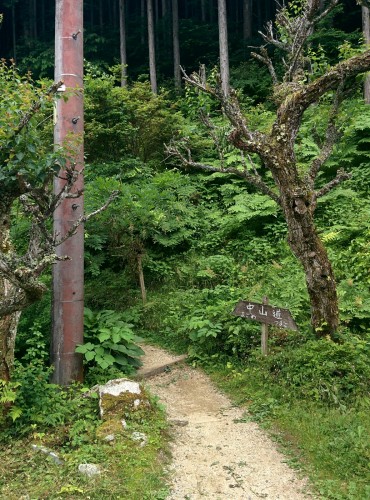 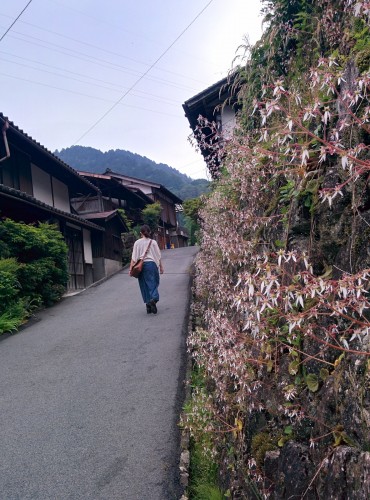 And the part normal roads sections. These roads and in normal use by residents and tourists who are driving, so be careful and don’t crowd the road too much. 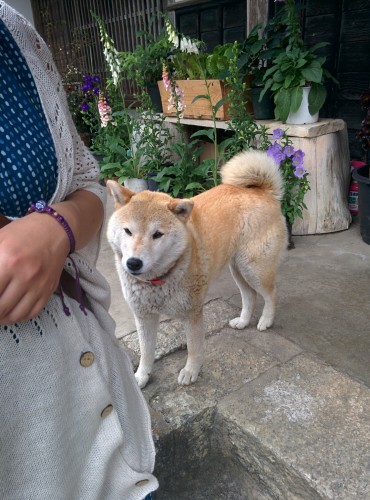 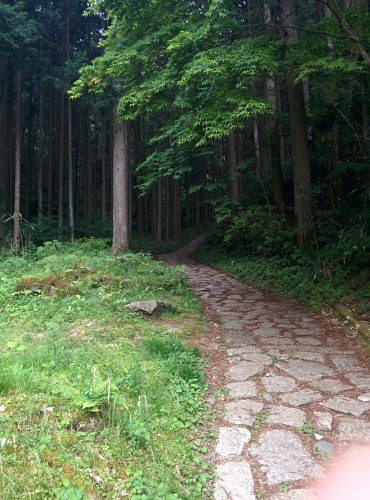 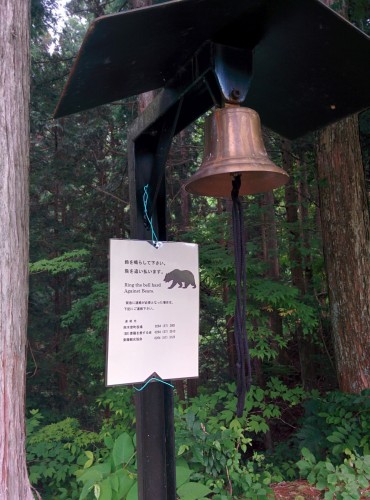 Back into the forest, be careful of bears! 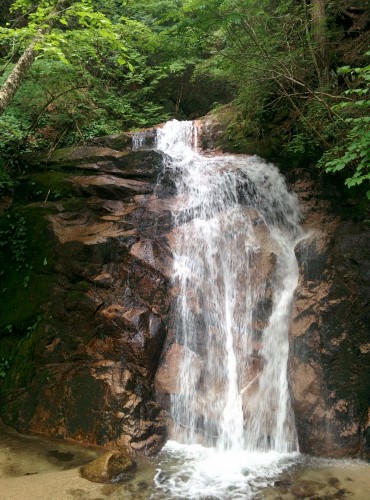 The waterfalls just a little under half way through the Nakasendo are very pretty. 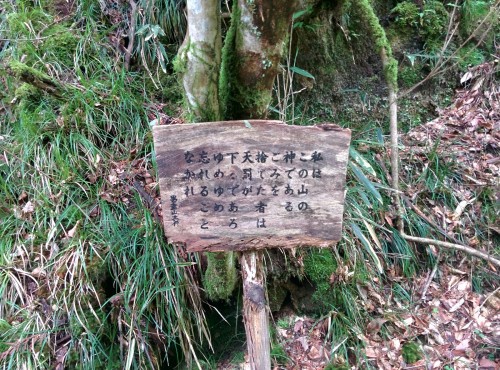 “I am the God of this mountain. Upon those who discard trash a scourge shall descent. Do not forget”. … Do not forget! Scary~ 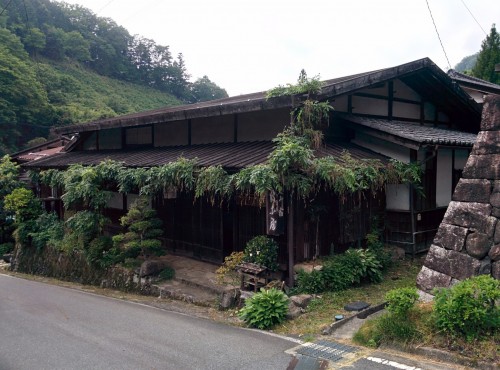 There are operational ryokan along the route, so you can get the real experience! 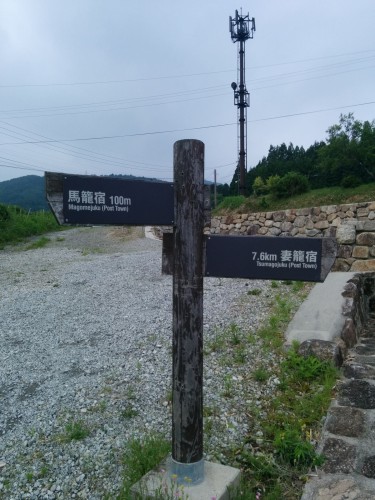 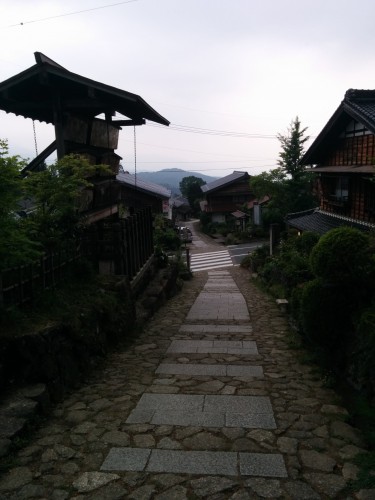 I think Magome is more beautiful than Tsumago, personally. I like the stone pavements. (Not to imply Tsumago isn’t beautiful too). 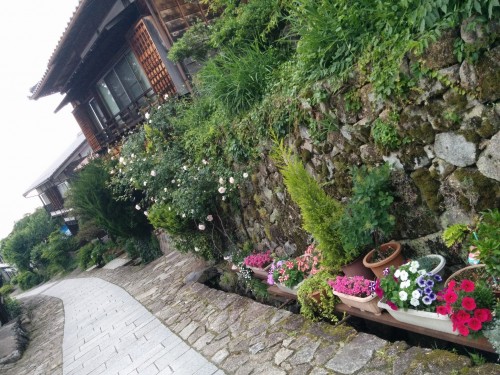 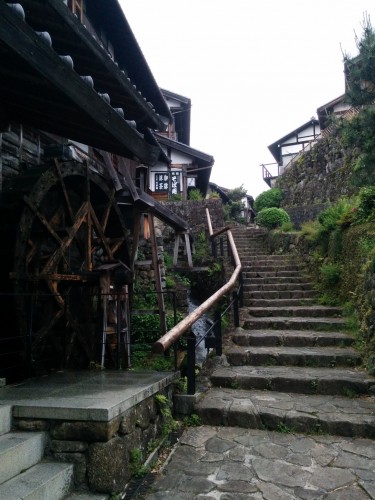 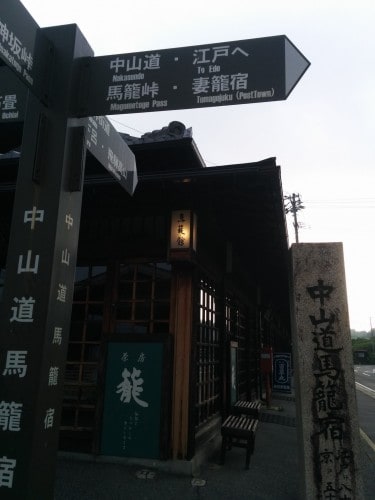 I hope you will enjoy Kiso valley and the Nakasendo!

From Tokyo, take the “Azusa” train from Tokyo Shinjuku to Shiojiri. From Shiojiri take the Wide View Shinano to Nagiso station for a bus to Tsumago, or Nakatsukawa for a bus to Magome. There is also an infrequent bus between the two towns.

From Kyoto, Take a shinkansen (bullet train) to Nagoya, then change to the Wide View Shinano to your desired station in Kiso Valley.