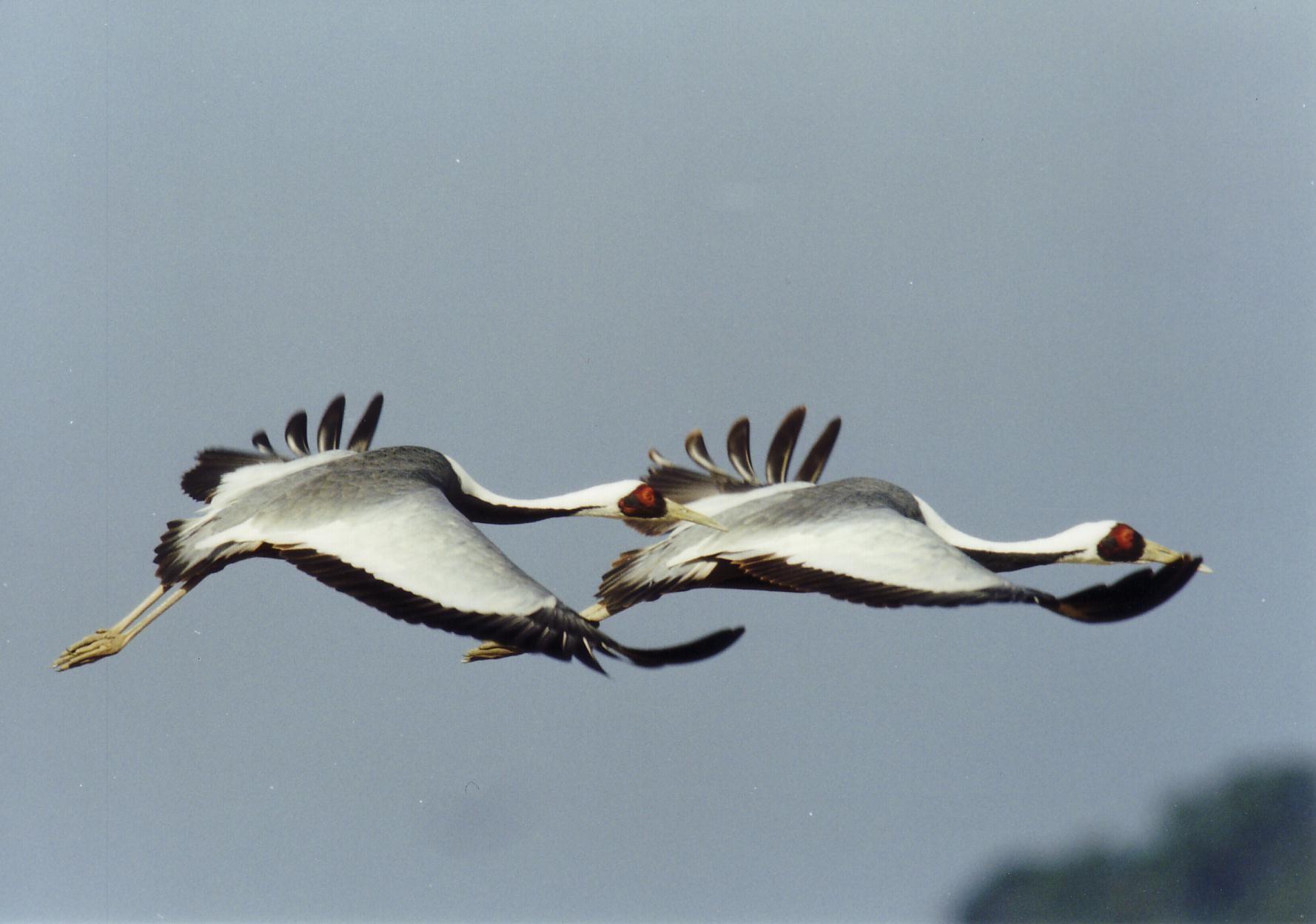 Nature lovers will not want to miss this. Every winter from around October to March, the countryside of Izumi is home to around 10,000 cranes from as far away as Lake Baikal in Russia. Surrounded by paddy fields, the birds spend the winter in this spot where you can visit and observe them. 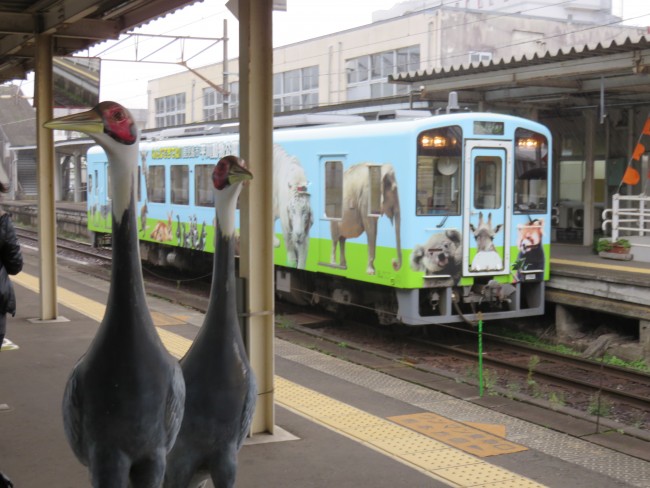 Cranes have become a symbol of this town in Kagoshima Prefecture, in southern Kyushu. They were first seen in Izumi in 1694, and since then, their numbers have increased and decreased many times. More recently though, the numbers have risen, with most cranes wintering here instead of other spots in western Japan. Now, it is the biggest migration spot for cranes in Japan. 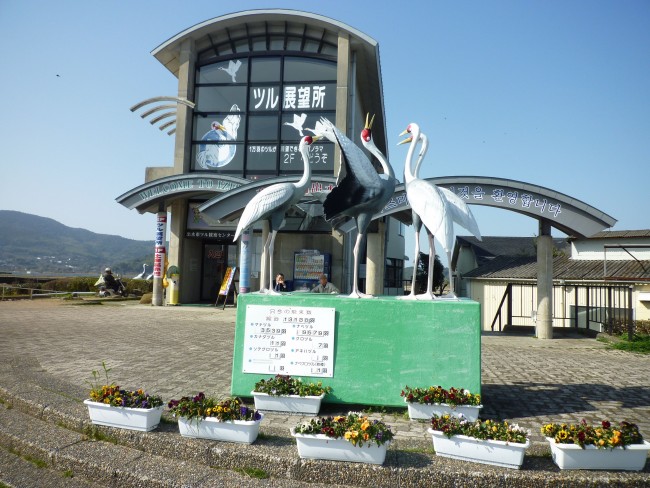 Located in northern Kagoshima, Izumi is easy to access by train. It also has a shinkansen – bullet train – station which you can reach from Kagoshima City in about 25 minutes. From the train station, you can use the local tourism bus to get to the observation ground. A one way ticket is 500yen or you can buy a day ticket for 1000yen. The bus also makes a stop at the local crane museum. Another option is to go by taxi. Several options are available and staff at the station can help arrange your trip there and back. Some of these courses include stops at some other spots in Izumi, and you can take your time to view them before being taken back to the station. The observation spot is open for the migration season, usually from the end of October to the end of March the following year. Entry is 210yen for adults and 100yen for children. Group rates are also available for groups of 20 people or more. 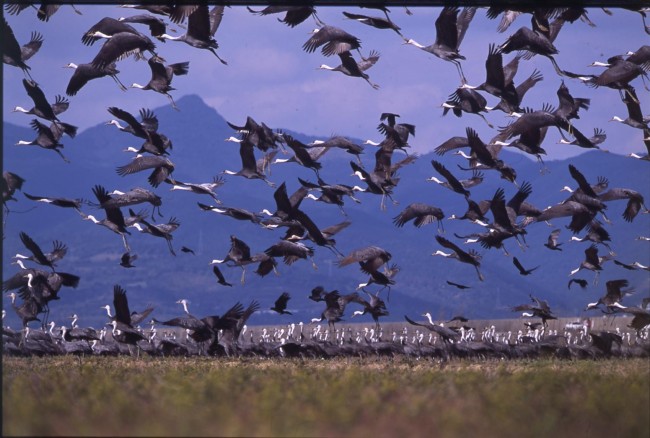 A symbol of peace in Japan, these majestic birds flock to this spot in Izumi for the winter. Though it is famous in Kagoshima, it is not so well known in other parts of Japan. The observation spot is surrounded by paddy fields. Inside, you can read plenty of information about the cranes and view them from the windows. There is a full 360 degree view of the surrounding area giving you some spectacular sights, especially when the cranes take flight. There are also telescopes for a closer view. Several types of crane come to Izumi, the most common being the hooded crane. Some rarer types like the Siberian crane (now endangered) also migrate here. The area is protected, and the birds are fed every day. 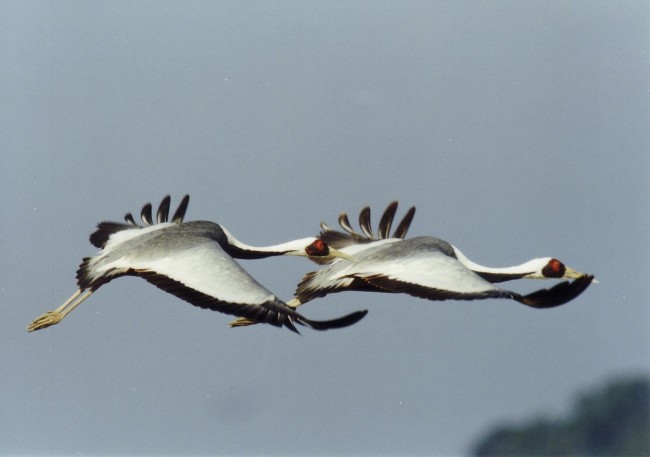 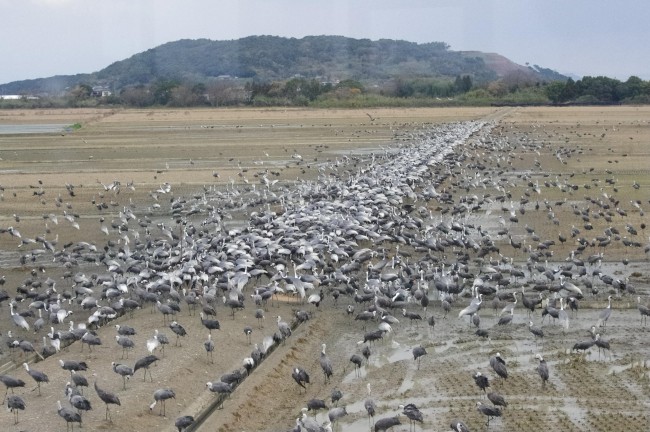 For a closer look at these beautiful birds from all over, plan a trip to the observation area between October and March. Though cranes can be seen around Japan, this is the only place to see this many in one place. 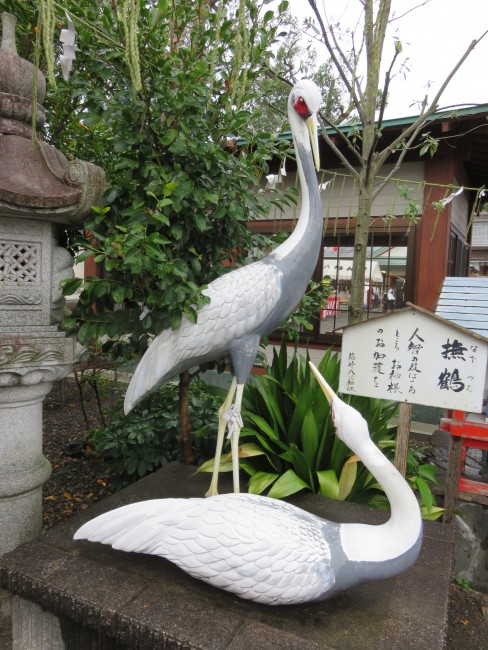 Crane statues at a local shrine.