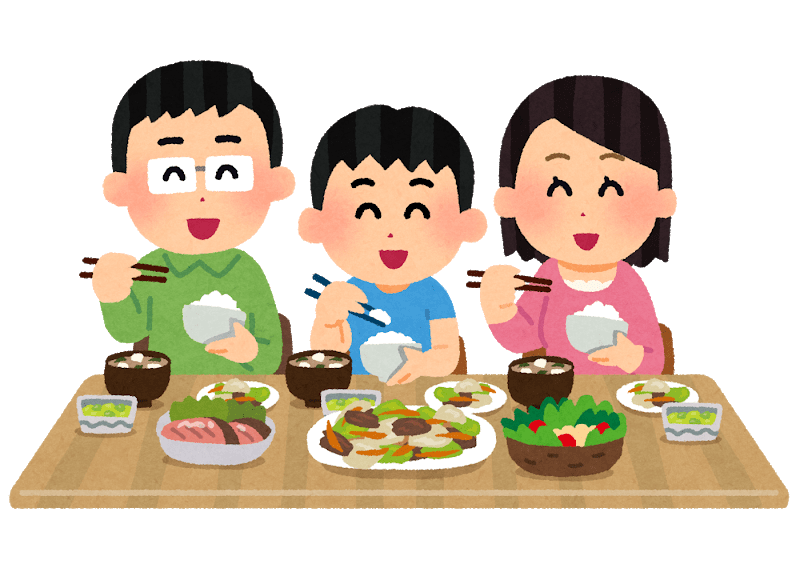 Most Japanese anime or drama lovers are familiar with certain common phrases. “Itadakimasu!” (いただきます) “Gochisousama-deshita!” (ごちそうさまでした) – we see characters say these phrases whenever they have a meal. We might imagine the phrases mean “Bon appétit” and “Thank you for the meal”, as they are often interpreted as, but the meanings of these Japanese phrases are actually more complex than just being polite. They express a deep appreciation to everyone and everything involved – most of all, to our Mother Earth.

What Does Itadakimasu Mean?

“Itadakimasu” literally translates to “I will humbly accept it,” but the translation does not reveal the deeper meaning. This phrase is meant to honor those involved with making the meal happen: the farmers and fishermen, in addition to your mum or dad (or whoever prepared your meal). It also gives thanks the animals and plants which sacrificed themselves to become the meal itself. It’s similar to saying grace, except with the Japanese phrase you thank not only God, but those who helped prepare the content of the meal and the food itself.

Also said before consuming a meal, the sentiment expressed by “Bon appétit” or “Guten Appetit” appears merely as wishes for a pleasant meal, lacking the gratitude underlying “Itadakimasu.” Itadakimasu places its focus upon the food’s source instead of the meal itself, which has its roots in traditional Japanese Buddhism (though in modern times it is more cultural than religious in practice).

After Itadakimasu – Other Japanese Table Manners

Another important table manner besides saying “Itadakimasu” before eating is that no one should start eating until everyone has gathered ready at the table. This custom is not exclusively Japanese – as many will agree that digging in before everyone else has a chance is plainly impolite – but in Japanese culture, no one should start eating before the highest-ranked person among the group does. This could be the head of the household, the oldest person, or your boss. These manners make sense given the higher regard Japanese people give to seniority in society as a whole.

Likewise, finishing everything you have been given is considered a way of showing appreciation to those who have died for you. This is another belief that comes from Buddhism.

So to be well-mannered at a Japanese table, you should wait for everyone to gather, then say “Itadakimasu” properly, before you start to eat. Some people will also clasp their hands together, sometimes holding the chopsticks with their thumbs, with eyes closed, while saying the phrase.

“Gochisousama deshita“ or the more casual “Gochisousama“ is a Japanese phrase used after finishing your meal, literally translated as “It was a great deal of work (preparing the meal).” Thus, it can be interpreted in Japanese as “Thank you for the meal; it was a feast.” Like “Itadakimasu“, it gives thanks to everyone and everything associated with the meal, including the food itself. Failing to say “Gochisousama” after a meal will make you look impolite or even ungrateful.

Saying “Gochisousama” in a private setting should not be tricky, but what if you are dining at a restaurant alone? As a paying customer, can you skip that display of etiquette? The answer is that you had better not if you have the chance.

You don’t need to shove your way into the kitchen to thank the chef , but there are other ways that can express your appreciation for the meal. For example, say “Gochisousama-deshita” to the server when paying the bill, or as an opening phrase when you approach the cashier. When there is an open kitchen, casually address the cooks with the phrase as you are making way to leave. You can also say it before the exit, one last time, before departing. Because it is normal for restaurant staff to greet their customers as they leave, you will most likely be heard and appreciated.

Many say that manners expressing traditional etiquette like saying “Itadakimasu” or “Gochisousama” have been fading out among Japanese. Some reasons could be attributed to busy lifestyles or people becoming too used to convenience. Among many families nowadays, eating together as a family might be a bit inconvenient. But what’s most important is not just learning to say these phrases properly, but remembering the thankful attitude they represent.