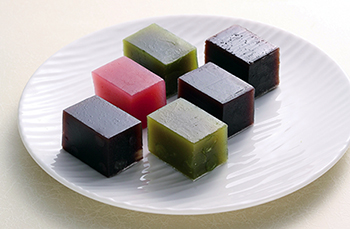 Try a unique version of a traditional Japanese sweet

Yokan is a traditional Japanese sweet made from red bean paste, with a smooth texture and shaped into cubes. It has been eaten in Japan for hundreds of years, and one famous type is Ogi Yokan.

Named after Ogi City where it is made, Ogi Yokan is different from other kinds of yokan. Unlike other yokan, it has a sugar film surrounding it, giving it a slightly hard texture on the outside with the soft paste on the inside. The overall texture is similar to a thick jelly and can be easily cut into sections or spread. Ogi is in Saga Prefecture, where yokan is more popular than in other prefectures. 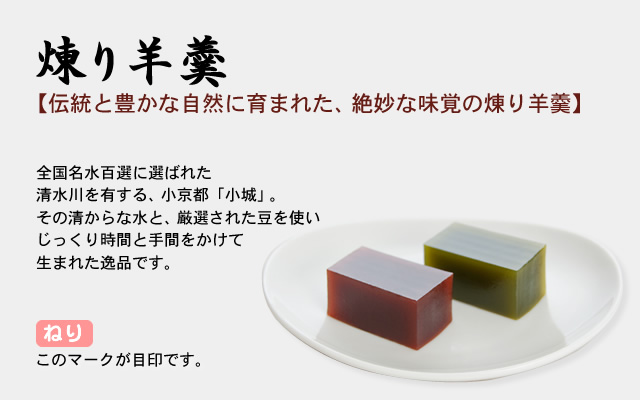 Originally, yokan was introduced to Japan from China by Buddhist monks almost one thousand years ago. The ingredients were changed to avoid using any animal gelatine, forbidden for the monks. Over time, the ingredients changed and now it is made from red bean paste, agar and sugar. With the addition of sugar, yokan became able to be stored for long periods of time before opening. Ogi Yokan is sold in blocks big enough to cut into slices.

Traditionally Ogi yokan is eaten with a small wooden knife used to cut and eat in small pieces. It also comes in flavours such as green tea (matcha) and yuzu. 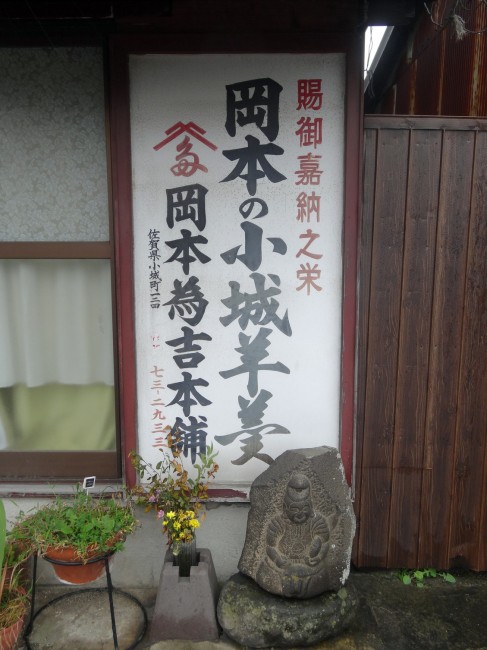 One of the most popular shops for Ogi Yokan is “Okamototamekichihompo” (岡本為吉本舗). About a three minute walk from Ogi station, this shop only sells its unique, high quality yokan twice a week. They have three varieties – Ogi Yokan, White Yokan and Tea Yokan. Very popular, their yokan usually sells out within the morning it goes on sale. Plenty of other shops selling Ogi Yokan are available around Saga, especially in gift shops in stations. Many of these shops have free samples to try, so even if you do not plan to buy any, make sure to give it a try! Small blocks can be bought as great gift ideas to take home, as they will not spoil during the journey.

Traditionally, yokan is eaten on a plate with a small wooden spoon. You can try this in a café with some tea as a great way to sample this local flavour. The taste of Japanese sweet beans is kind of an acquired taste, but the smooth texture of and sugar coating of Ogi Yokan gives you a different way to try it. You may find yourself liking it even if you are not keen on red beans.

Ogi Yokan is a slightly different take on a very old and traditional Japanese food, definitely worth trying at least once and it is a great souvenir to take home.

Homemade Onigiri: How to Prepare this Japanese Dish at Home