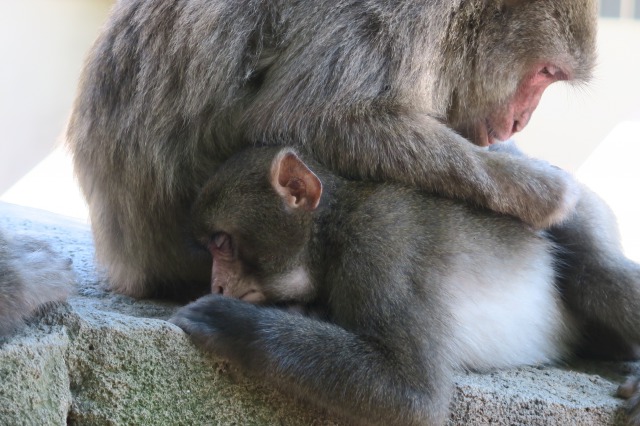 Wild Monkeying around in Oita! 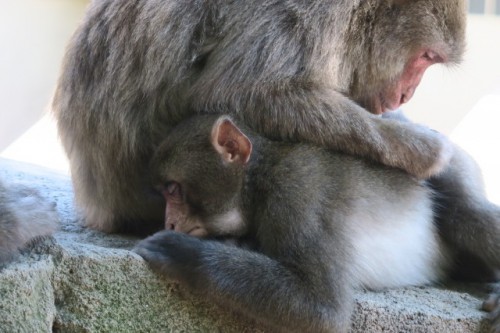 There really is no better way to feast your eyes on these cheeky creatures than by roaming around the surprisingly serine, wild monkeys in Takasakiyama Monkey Park. Whether this be your first or even third time seeing monkeys, you’re bound to experience something completely new and unexpected. So take your family, your children and your friends, and enjoy a totally unique experience in Oita. 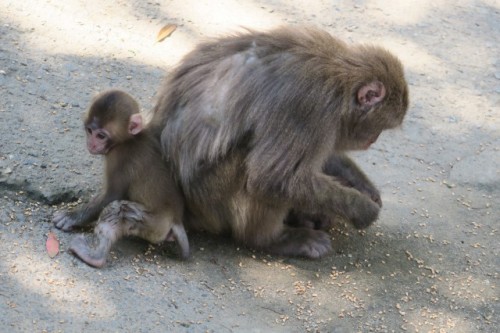 Since the park and it’s adjacent aquarium are both well-visited places for tourists in Oita, access is ridiculously simple. 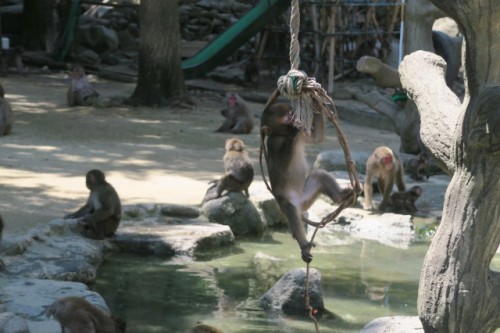 Most buses, if not every bus I traveled on, will make a stop at Oita train station before heading off in various directions, but you can also just as conveniently take buses from Kitahama bus terminal, located a five minute walk from Oita train station, which has some amazingly helpful English speaking staff that can give you all the up-to-date information you need, as well as some advanced tickets for certain tourist attractions. 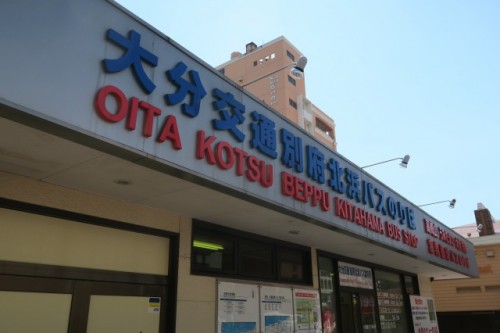 From Kitahama station, you can a bus from bus stop number 4 (literally just outside the terminal building) straight to Takasakiyama station. Simply enter the door at the side of the bus, not the front, and take a ticket from the ticket machine on the right. This ticket corresponds to a number on the board at the front of the bus, which tells you how much your journey costs in yen. 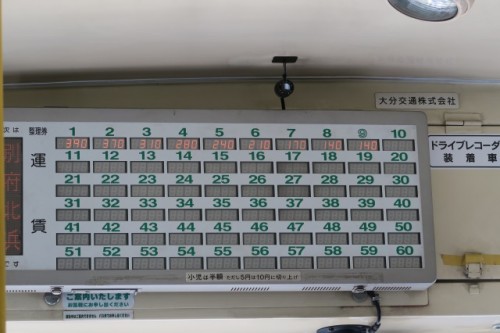 Most buses will have English announcements, however the buses tend to be very noisy and often you cannot hear the single announcement that is given. Despite this, Takasakiyama is a very popular stop, so when you see loads of people exiting the bus, you can be fairly sure that you’ve arrived. 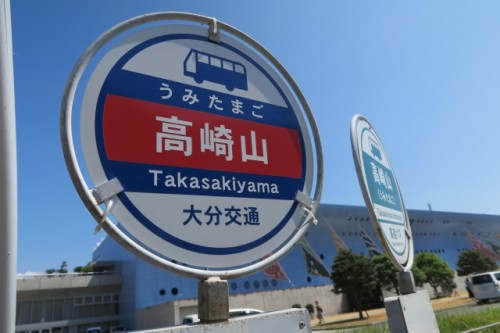 When you want to get off the bus, press the button and remain seated until the bus has completely stopped. Don’t try to stand up or you will probably be told to sit down again (I witnessed this a few times). Put your ticket and exact fare into the box next to the driver but be warned, you will not receive any change. You can change up ¥1000 notes in the machine next to the driver but you cannot change up ¥5000 or ¥10,000 notes, so be prepared for that. 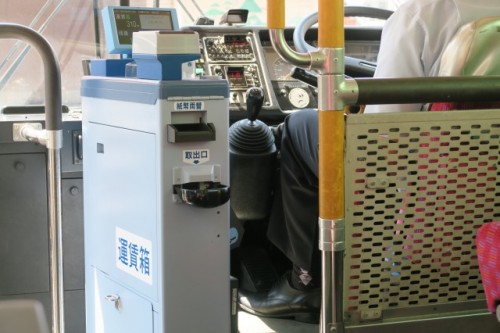 When you exit the bus, you’ll see a big building in front of you, which is the aquarium. To the left of the aquarium is another building that features many more pictures of monkeys. This building seems to be mainly for shops, souvenirs, food, pictures of monkeys and also a children’s play area, called Kid’s corner that looks rather exciting. 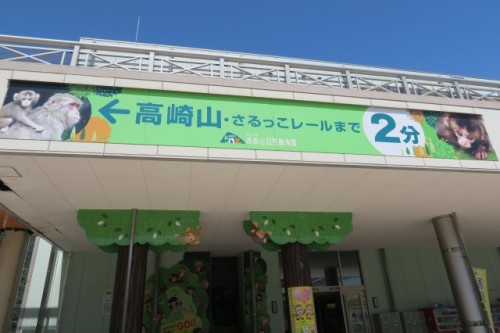 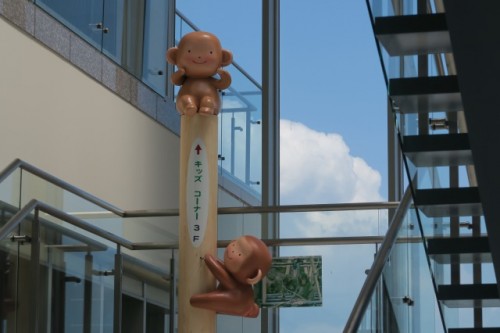 The monkey park is actually located across the large bridge, on the other side of the road. There is a fairly steep hill up to the entrance and a further 5 minutes of slopes and steps to the main area of the park, where the largest mass of monkeys are located. 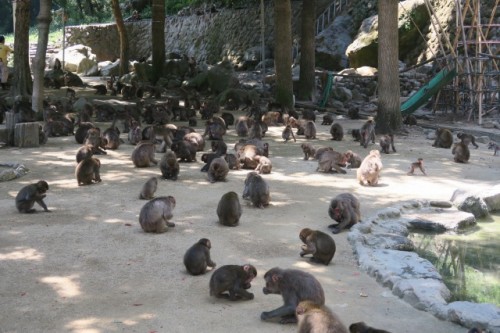 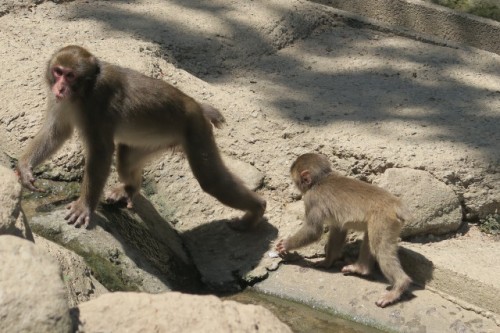 If you haven’t already bought a ticket, you can easily get one from someone at the entrance. The basic price is ¥510 but you can pay an extra ¥100 to ride the monorail up and down the hill instead of walking. In my opinion, the walk wasn’t taxing at all, not even in the 34 degree heat that I endured. It’s a nice, wooded, shaded area which actually adds to the enjoyment of the day. 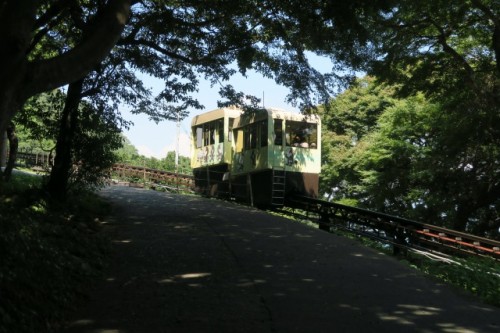 The Monkey Park is a good few hours of fun for the whole family. Watch them climb ropes, chase each other and groom each other in front of your very eyes. What’s better is that the monkeys are free to roam around the park as they please, often scrambling between your legs and seemingly guarding the toilet cubicles. 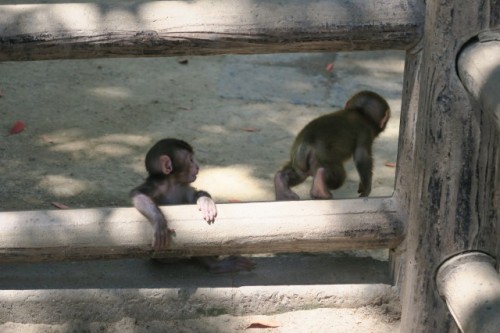 Luckily, I had arrived during feeding time, just after noon, at which point a mass of monkeys invaded the main area, each grabbing fist-fulls of grains, while others sipped water from the nearby pool. But perhaps the best sight to see was the way the little monkeys played with each other and managed to get their hands on random food that no other monkey seemed to be eating. 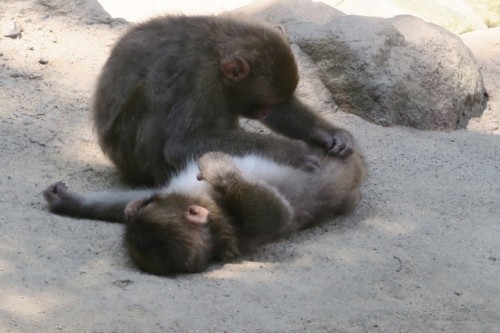 The Monkey Park is a great family day out and, with the 2019 Rugby World Cup being held in Oita this year, it’s a fantastic way to experience something a little different in Japan. 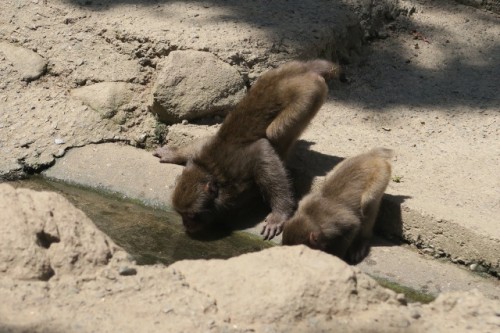