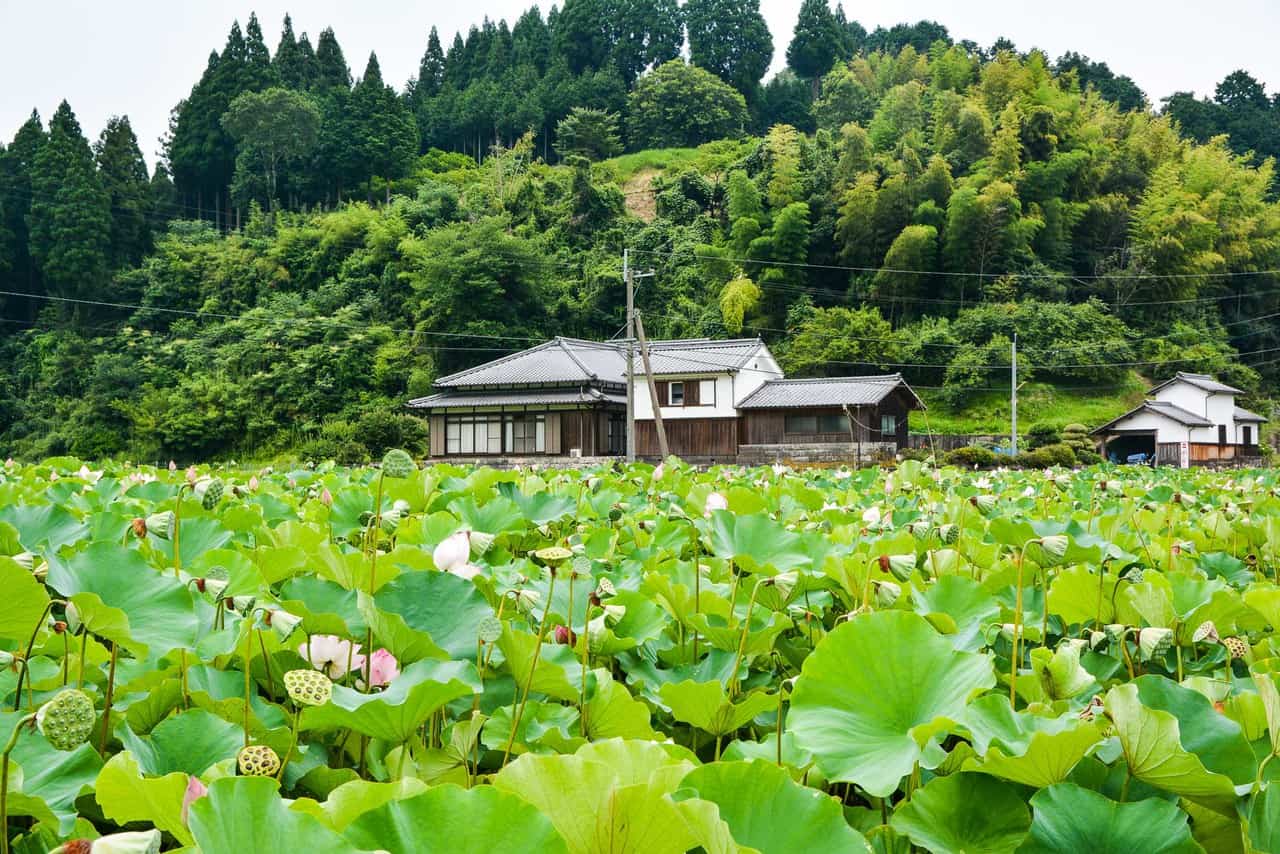 Check out the Usuki Stone Buddha and Lotus Garden, Oita

Usuki, in addition to being a beautiful samurai town, is also home to an exceptional site which is five kilometers southwest of the city center: rock carved Buddhas named Usuki Sekibutsu.

Stone Buddhas Carved in the Rock at Usuki

The 60 stone Buddhas are divided into four groups connected by a path, surrounded by naturally grown trees and bamboos.

It is said that the statues were established around the end of the Heian period (794-1185) and during the Kamakura period (1185-1333). The Buddhas are carved directly into the soft volcanic rock. The stone is located in an area with high humidity, and the humidity makes these beautiful statues susceptible to erosion. This is why great preservation efforts have been made to preserve this heritage. All niches are sheltered to protect them from the weather.

With these preservation efforts from 1980 to 1994, 59 of the 60 statues were designated Japan’s national treasures. These are the first stone statues in Japan that have been designated as such.

The first group consists of four galleries with more than 20 statues, with seated Buddhas, standing Bodhisattvas, a Yakushi, a Jizé, and even 10 kings. On some of the statues there is still painted color! 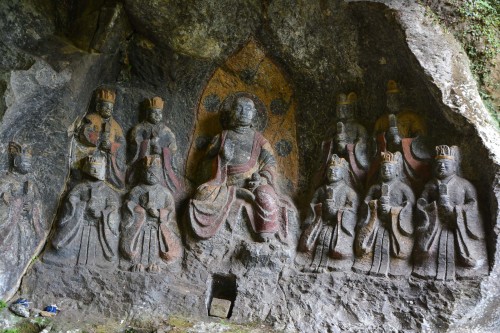 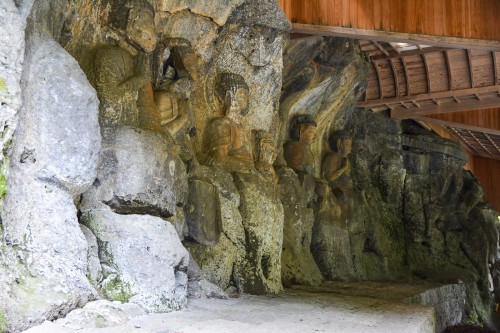 There are two small caves in this group. The first is a collection of nearly 9 small statues of Amida Nyorai. There is still a bit of color on some of these deities as well, impressive and magical! 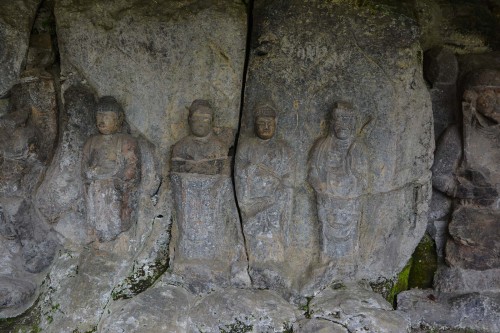 I found these statues the most beautiful of the site, probably the best preserved. We can see all the fine details of the work on the facial features of the great Amida Nyorai. 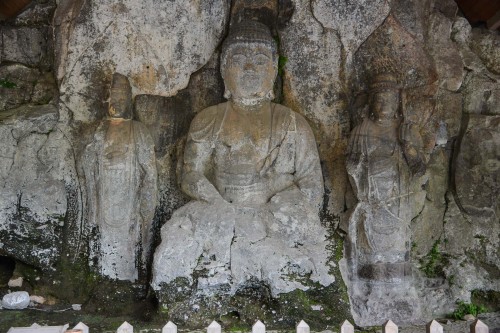 This gathering of Buddhas has only 3 statues but one of them is about 3 meters high! 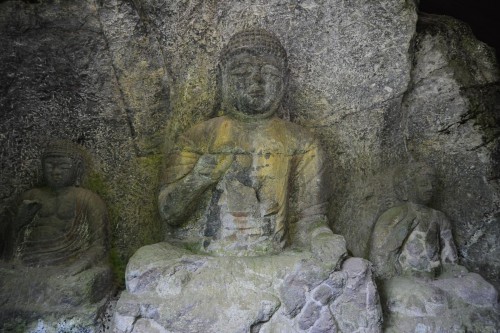 Furuzono consists of 13 statues, and in the middle is a large sculpture of Dainichi Nyorai which is generally considered the most beautiful stone Buddhist statue in Japan. It is the most sacred ensemble of the site even today. From there you can have a beautiful view of the entire valley.When the renovation work began in 1993, they decided to put the statue’s head back on the body rather than leave it on the ground where it had remained for centuries. 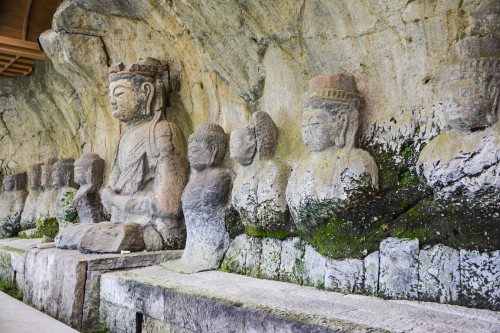 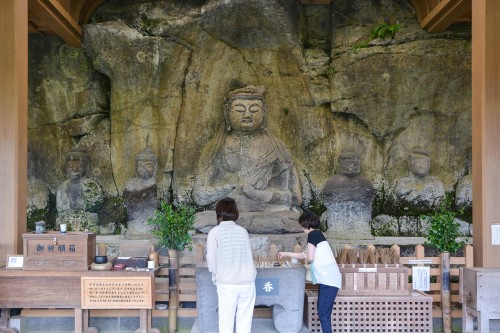 The Buddhist caves are located in a peaceful countryside. It would be wonderful to go for a walk in the park to visit  Mangatsu-ji temple and to admire the beautiful lotus fields that are in bloom from mid July to mid August. 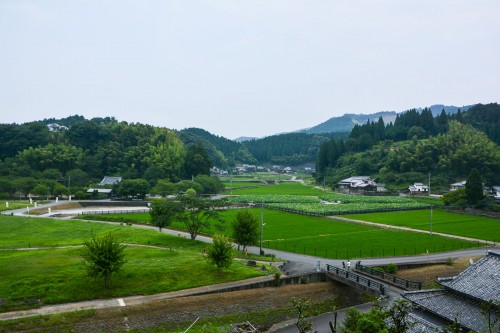 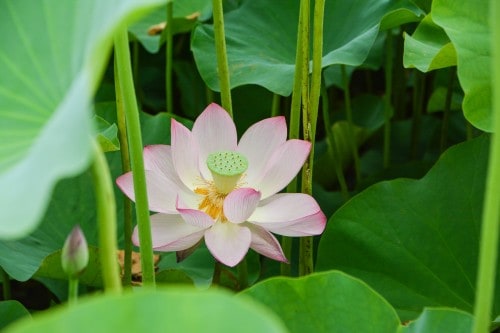 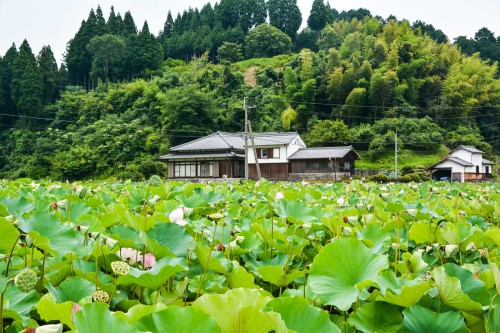 How to Get to Usuki Sekibutsu?