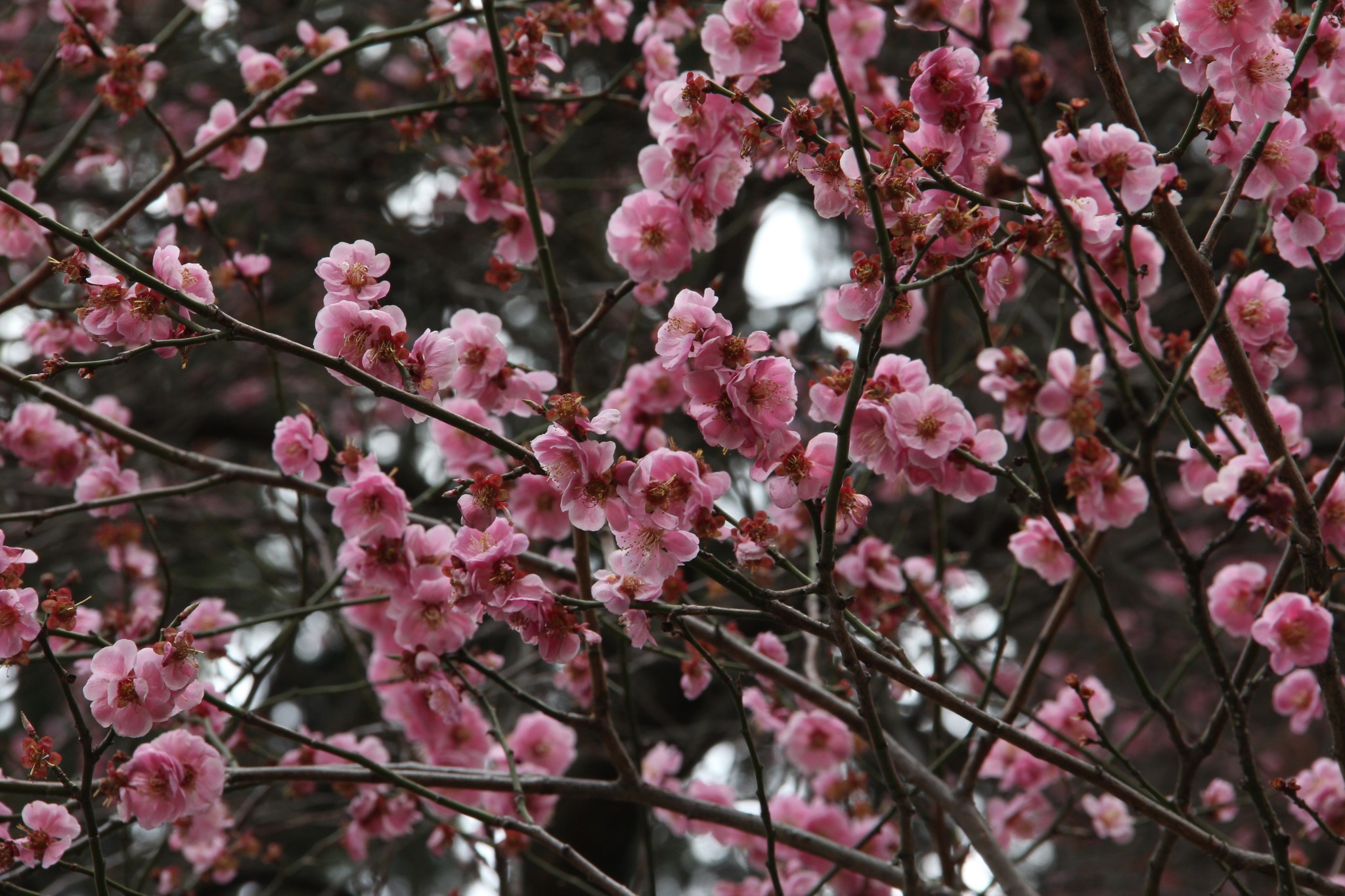 Is there still time for hanami (cherry blossom viewing)?

[The 2020 Hirosaki Cherry Blossom Festival was cancelled due to coronavirus.]

You made it. You are ready for Japan. You are in Tokyo and you cannot wait to visit all the shrines and the temples and Harajuku and have a hanami session to see all the pink cherry blossom (sakura) trees. It is going to be epic. The morning you head out for hanami in Yoyogi park, equipped with your Japanese snacks, drinks and a blanket you are so excited, but then you arrive and… nothing. The pink blossoms have fallen and they no longer blanket the ground. Tokyo was in full bloom at the beginning of April. The parks were littered with pink and white cherry blossom trees and almost every inch of the ground contained a group of people participating in hamani with snacks, drinks and laughter. Now, mid-April, barely two weeks later, as if with one blow of the wind, they are gone. But allow me to share a little secret with you, although Tokyo is now barren of sakura, Tohoku, the northern region, is barely beginning so there is still time. 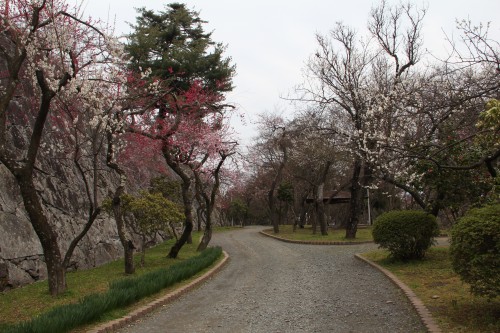 Sakura starting to peek out at Morioka Castle Park.

Hop onto the Tohoku Shinkansen toward Morioka, the capital of Iwate prefecture during the last week of April (a month later than Tokyo) and you will still be able to get in some sakura viewing. You will have two popular locations to choose from in Morioka: 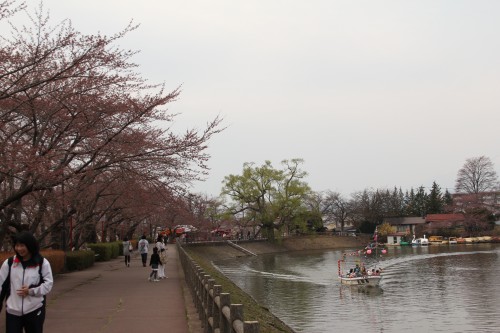 Sakura peeking out at Takamatsu No Ike.

Takamatsu No Ike is further away from the center of Morioka, which makes it a little more difficult to get to. I walked for about 30 to 40 minutes from downtown before I reached the pond (keep in mind that I have short legs, so walking to places does take some time for me). Nevertheless, this pond is the best location for families to view the sakura. Children were feeding the ducks and throwing stones in the water, while others sat on the benches provided for gazing out at the water. Teens sat in the middle of the pond in a rowboat that they rented, while another larger boat containing several passengers circled the entire pond for maximum views (it is a large pond). 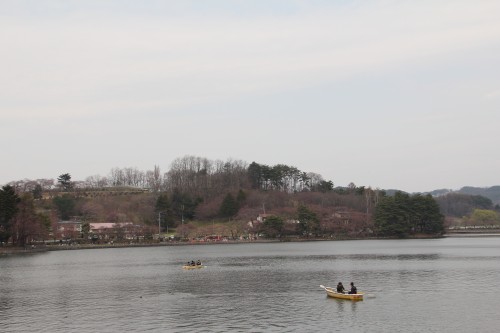 Takamatsu No Ike Pond, soon to be covered with sakura.

There are not as many prime locations to lay a blanket down for a picnic though because there are mostly concrete pathways rather than grass, but there will be less drunkards roaming the grounds if that is something that you are trying to steer away from. 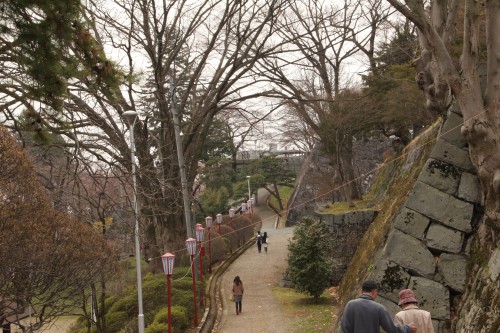 Morioka Castle Park or Iwate Koen is the prime spot for hanami in Morioka not only for its proximity, but also the amount of space for hanami and the castle walls. When I visited a week before the sakura was predicted, people were already out with their tarps and snacks enjoying the day with their family and friends. 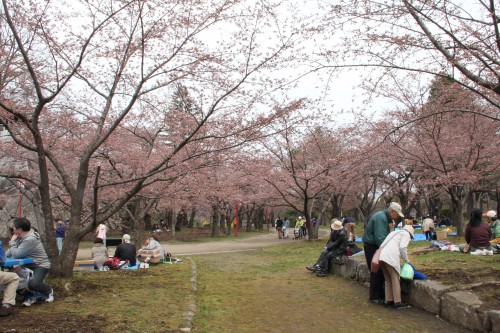 Cherry blossom trees not yet in full bloom at Morioka Castle Park.

High school kids had a spot set up with all their instruments and photographers looking for award winning photos were out with their macro lenses. The castle remains provide a nice back drop to what little amount of flowers were revealed. The stones make excellent photos and when the pink and white flowers are in full bloom, the contrast of the gray walls with so much color will make your Japan photo album one to brag about. 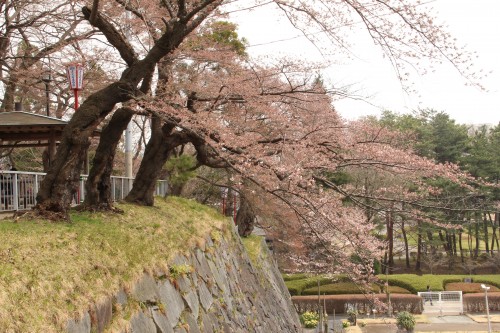 Bonus: If you are looking to venture farther north, Hirosaki Castle was voted one of the best sakura viewing spots in all of Japan. It is located in Aomori, at the tip of Honshu, north of Iwate, which is famous for its apples. Apparently, the cherry blossom trees there are different because they use the same technique for trimming the sakura trees as they do for trimming their apple trees. The technique results in much larger sakura making the trees extra pink for all you pink lovers out there (let’s start a pink loving club).

So, if you find that you just missed out on Tokyo’s cherry blossom viewing time, then head up to northern Japan, or the Tohoku region, where sakura blooms a month later.