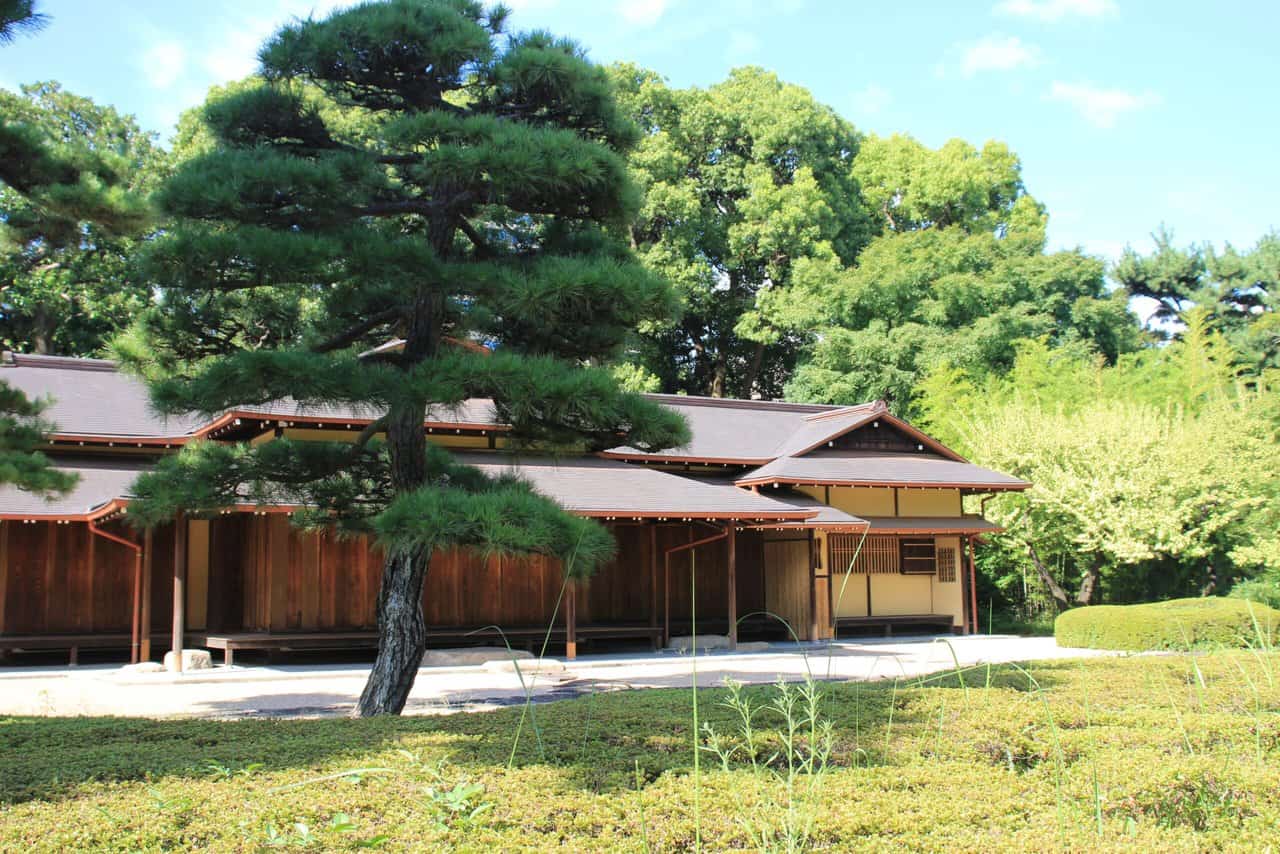 Located in the center of Tokyo and on the grounds of former Edo Castle, the East Gardens of the Imperial Palace are awaiting you with over 210,000 m² of a wide variety of trees and flowers. Let’s check out the Tokyo Imperial Garden for its seasonal flowers and learn about its historical background!

What are the Imperial Palace Gardens known for?

Built on the grounds of the former Edo Castle, which was the residence of the Tokugawa shogun and the Meiji Emperor’s home from 1868 to 1888, you can still find parts of its history inside the garden. While none of the main buildings remain, you can still find the moats, walls, entrance gates, and guardhouses as artifacts of the former Edo Castle.

The Imperial Palace East Gardens and its Three Main Areas

Characteristically for them are their seasonal flowers, which make the gardens worth visiting throughout the year.

What to see in the Sannomaru Area

If you come from Tokyo Station to the gardens, you will pass the Ote-mon gate and quickly find yourself in the middle of the Sannomaru Area.

*The Museum is closed until autumn 2023.

What to see in the Ninomaru Area

As you continue your walk through the Tokyo Imperial Garden, you’ll reach the Ninomaru Area, where you can take in the beautiful garden views of Ninomaru Garden. This garden is based on an 18th-century garden layout, and you can find a pond in nearly the same position as in the original garden, as well as 84 species of irises. The best season to see them is between late June and July.

Surrounded by the beautiful atmosphere of this place and cicada calls, it’s easy to forget that you are right in the middle of Tokyo. The small waterfall, a highlight of the pond, is the perfect place to take a short break or simply immerse yourself in this Japanese garden’s beauty.

Crossing a small bridge, you’ll notice some koi carps in this pond. Their various colors, from white to orange, gold, and black, sparkle in the sunlight. This particular kind of koi carps, a mix of Japanese and Indonesian koi, was placed in the pond by Emperor Emeritus Akihito and his wife.

Walking further, you’ll pass by Suwa-no-cha-ya, a Japanese teahouse built by order of Emperor Meiji in 1912, before heading in the direction of the Honmaru Area.

What to see in the Honmaru Area

Cherry blossoms, bamboo garden, rose garden, orchard – this is just a small selection of flora and fauna awaiting you in the Honmaru Area.

But it’s not only about the seasonal flowers, but also the Tenshu-dai (central tower base of Edo Castle) is located in this area. The original building was destroyed in the Great Fire of 1657, since then, it has never been reconstructed.

Climb the 10-meter-high foundation — once the base of the central tower— for a view over the Tokyo Imperial Garden. Behind the historical garden, the skyline of the buildings of Marunouchi stands in sharp contrast to traditional Japan inside of the East Gardens, blurring the borders between traditional and modern Japan.

The Honmaru O-shibafu, a lawn in a beautiful green color, invites you to spend a lazy afternoon there, in front of the former base of the central tower. During the spring, more than 30 species of sakura trees on and around the Honmaru O-shibafu make it one of the most popular photo spots for thousands of visitors each year.

Completely distracted by the beautiful contrast of the green lawn and the blue sky in summer or the pink cherry blossoms in spring, it’s easy to miss the bamboo garden with 13 Japanese and Chinese bamboo species. Based on the recommendations of Emperor Emeritus Akihito, you shouldn’t miss this colorful bamboo garden, which was also my highlight with the yellow-green bamboo.

When is the best time to visit the East Gardens?

Each season offers visitors a fantastic experience during a visit, from springtime flowers, summer’s lush greenery, vivid red leaves in autumn, and quiet serenity in the winter. Spring’s sakura season tends to be the East Garden’s busiest season, often coming with long wait lines in front of the gates. For a less-crowded experience, consider any of the other seasons to visit.

How to get to the Imperial Palace East Gardens?

How much does the Imperial Palace East Gardens cost?

There is no entrance fee to enter the East Gardens. Please note that the palace’s inner grounds are generally not open to the public.

Whether you are visiting Tokyo in summer, autumn, winter, or spring, make sure to visit the Imperial Palace East Gardens, immerse yourself in its traditional beauty, and explore its history with the seasonal flora and fauna.