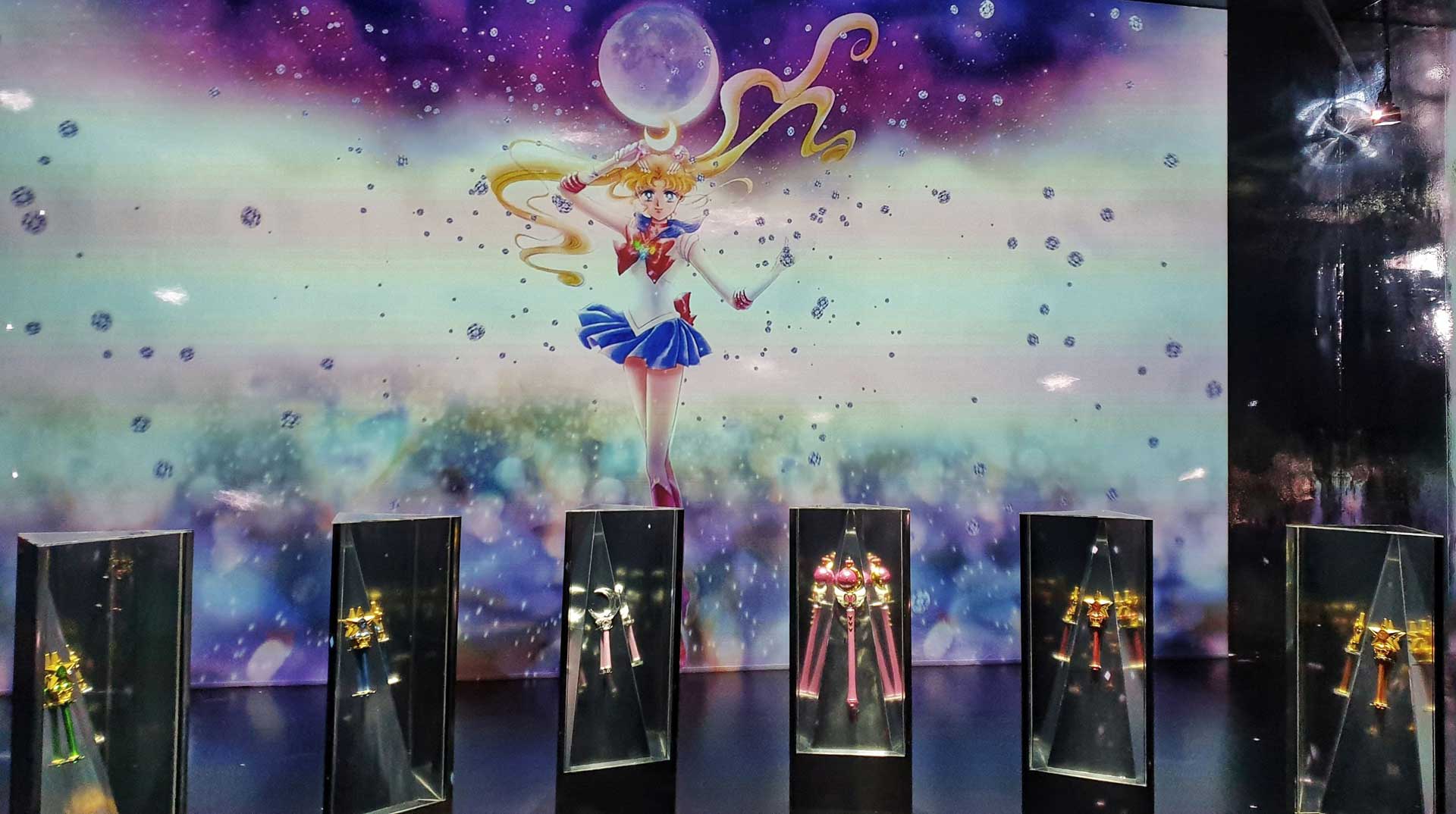 Sailor Moon by manga author Naoko Takeuchi is one of Japan’s most famous magical girl series. First published in a monthly manga magazine in December 1991, the first official manga volume was released in July 1992. The story of Pretty Guardian Sailor Moon (美少女戦士セーラームーン, Bishōjo Senshi Sērāmūn) is based on the middle-school girl Usagi Tsukino who transforms into a guardian destined to save earth from the series’ main antagonists, the Dark Kingdom. Together with her friends, also Sailor Guardians, they battle the forces of evil throughout the Sailor Moon series.

In 2022, Sailor Moon celebrated its 30th anniversary with the Sailor Moon Museum held at the Roppongi Museum in Tokyo, running from July 1st until December 30th, 2022. While there have been Sailor Moon-themed cafés, exhibitions, amusement parks, and collaborations, none have had such large exhibitions as this. Here’s what you can see, what you can buy, and how to get a ticket:

What You Can See Inside the Sailor Moon Museum

With over 600 items from its 30 years of history exhibited within the museum, there was plenty for me to explore at my own pace for an afternoon of Sailor Moon appreciation.

As you enter the sparkling gate into the world of the Sailor Guardians, you first watch the show at the theater in a group. The museum plays the Sailor Moon opening video on the 8-meter wide screen. After this, animated images of the five main characters appear for a short period. Inside the room, replicas of the magical sticks are displayed.

A sparkling room with a disco ball on the ceiling awaits you next. Famous scenes from the first five volumes of the Sailor Moon manga rendered into holographic art fill the walls. Depending on the angle, you can see the images differently through the reflections, many of which brought back memories for me of the beginning of the famous series. The displays are accompanied by Japanese descriptions, though non-Japanese readers can still appreciate the artwork and exhibit even without the displays.

Look Behind the Scenes of the Anime Storyboards

Let’s move on from the manga to the anime series. Starting in March 1992 and running until February 1997, 200 episodes of Sailor Moon have been broadcasted in five seasons in Japan. From 2014 to 2016, three seasons of Sailor Moon Crystal followed.

The storyboards give you a rare opportunity to take a look behind the scene of the anime production. You can see screenshots of the anime seasons here and learn how the character design was made and what the manuscripts for certain scenes looked like.

As you can imagine, within 30 years, a lot of merchandise has been released. This room gathers some of these items, and fans will likely recognize some of them from their childhood. Pretty figures, cute plush toys in different shapes and costumes, and magical transformation items from the story will feel like there is no end to looking through all the shelves, a reflection of the series’ popularity.

Next to the small merchandise, this room also houses some special items. Fans might remember the statues of Princess Serenity and Prince Endymion from the Sailor Moon exhibition held at Roppongi Hills in 2016. An eye-catcher is the four wedding dresses made in collaboration with the wedding costume manufacturer Mariarosa.

After the wedding dresses, it is time to see some of the Sailor Moon costumes that bring the characters to life. The clothes displayed in this room were used for several productions, such as musicals or live-action TV series. Also, a costume from the Shining Moon Tokyo is included, the Sailor Moon Show Restaurant closed in 2020, only a few months after its opening in August 2019, due to the Covid-19 pandemic. Indeed, this is a great chance to take a closer look at the costumes and all the details.

The original drawings exhibition room was where I really felt my heart beat faster. Here you can look closely at the original color drawings of author Naoko Takeuchi, where you can spot where the artist used tools such as masking tape, cutouts, stickers, and more to create her unique illustrations. Some of these artworks are displayed for the first time.

While taking photos is allowed in all the other areas of the museum, taking photos of the original drawings is prohibited. Therefore, unfortunately, I can’t show exactly what is displayed in this area.

The original artworks were replaced during the three exhibition periods following the five arcs of the story, including:

Naoko Takeuchi also created some new original works for the Sailor Moon Museum, which are presented on large panels at the beginning and end of the exhibition.

What You Can Buy at the Sailor Moon Museum Gift Shop

Every museum has a goods shop, and so does the Sailor Moon Museum. The shop features all the different kinds of merchandise made exclusively for this event, including stationary such as transparent files, masking tapes, small notepads, keychains, postcards, and stickers. Or, search for fashion items like shirts, bags, pouches, or a hat! Sailor Moon’s cats have their own dedicated corner with cute mugs, cushions, towels, and more.

Note that there are shopping limits to some goods. During my visit to the Sailor Moon Museum, I was only allowed to purchase each item once (if random articles are sold in blind bags, there is a higher limit). Furthermore, some goods might sell out quickly and won’t be restocked. Check the official Sailor Moon website and Instagram account to stay up to date with the latest merchandise situation in the shop.

What You Can Eat & Drink at the Sailor Moon Museum Café

The Sailor Moon Museum Café is located inside the same building, and you can only enter it with a ticket to the museum. The cafe offers a selection of meals, desserts, snacks, and drinks, all fitting the Sailor Moon theme.

During our visit, we ordered the crescent-moon-shaped omurice, a Japanese omelet rice with a side salad, two sweet dishes, and a drink. If you are a real fan of Sailor Moon, you shouldn’t miss visiting the café if you visit the Sailor Moon Museum.

How to Get Tickets for the Sailor Moon Museum

I recommend you book a ticket for the Sailor Moon Museum before your visit, which is possible via the ticket website eplus. On the website, you can pick one of the time slots for the day of your visit. Payment is possible either with a credit card or at the convenience store. You can choose from a QR code emailed to you, which you can use to enter the museum or pick up a paper ticket from a convenience store ticket. Tickets are priced at 2,000 yen for adults, 1,200 yen for middle and high schoolers, and 600 yen for elementary school kids.

How to Get to the Roppongi Museum

The Sailor Moon Museum is a great way to celebrate the 30th anniversary of the famous anime and manga series. The museum runs until the end of 2022, so if you are in Tokyo, don’t miss visiting it! If you’re looking to add other anime-themed events to add to your Tokyo visit, consider checking out our list of the best anime, manga, and gaming events that happens annually.

All pictures by Claudia, Sailor Moon artwork by ©Naoko Takeuchi