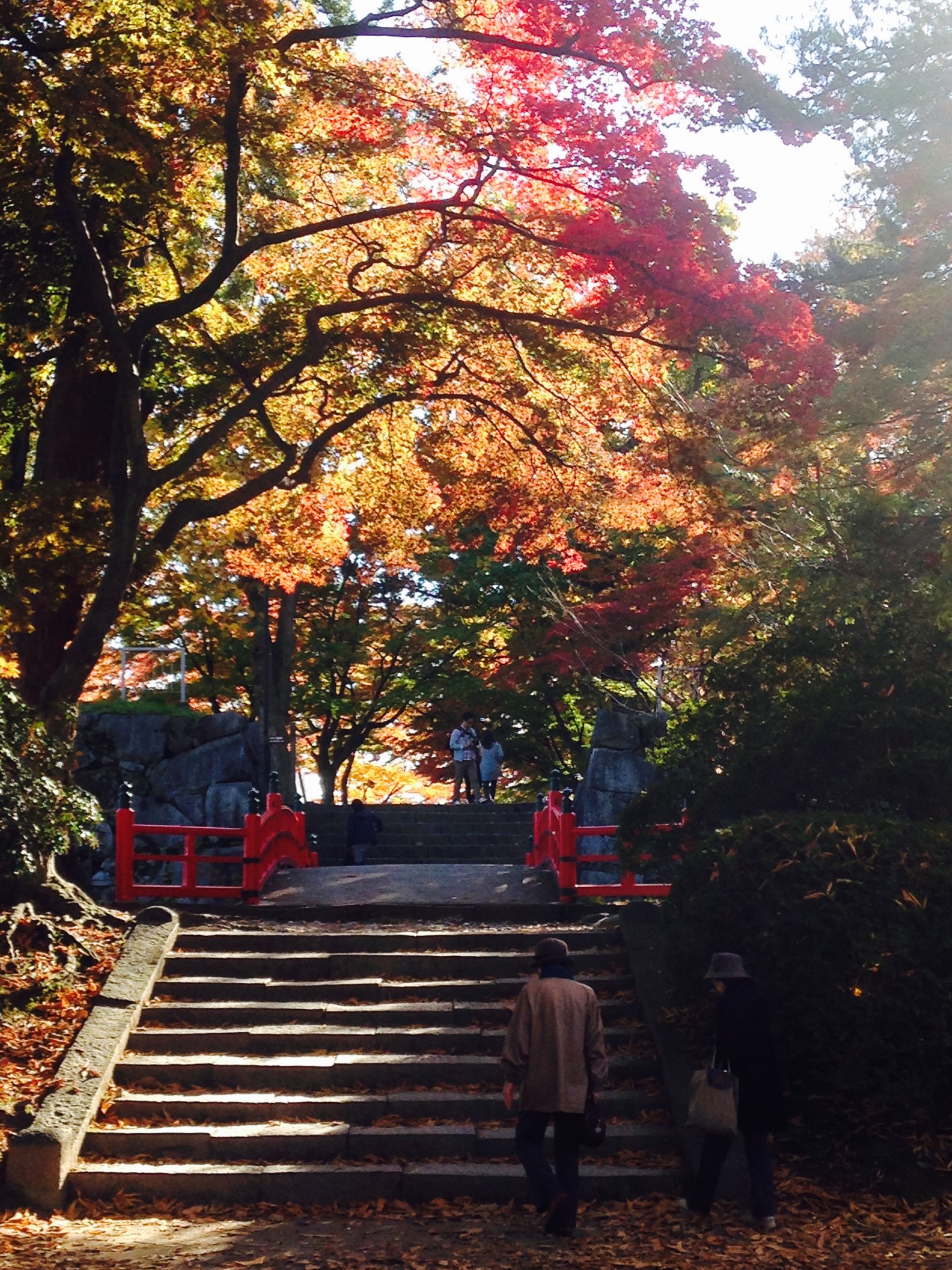 Hanami session amongst the ruins of Morioka Castle

Near the center of Morioka’s downtown rests the site of Morioka’s former castle. Long since demolished and never rebuilt, it was renovated into a public park and garden in 1906, and renamed Iwate Park. It is now also known as the Morioka Castle Ruins Park. 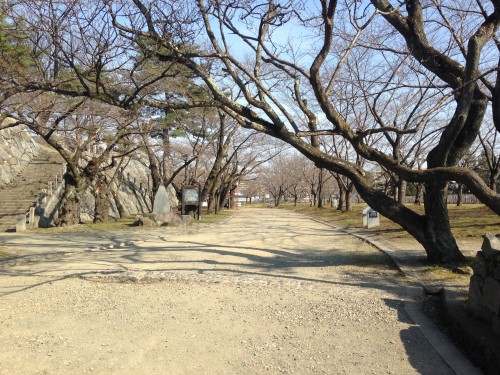 As with most castle sites in Japan, the park is located within a barrier of large granite walls, and sits at a slightly higher elevation than the rest of the city. Although there is no longer any castle to see anymore, it is still a great place to wander, relax, and enjoy during the hanami season and late July, when you can catch large groups of Taiko drummers practicing for the upcoming Sansa parade. 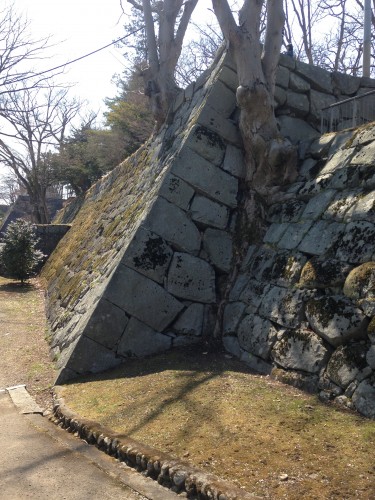 Inside the park grounds you’ll find rose gardens, koi ponds, and a variety of tree species, which light up in autumn as the leaves change colors. Wander to the south east side of the park and you can take a seat on one of the benches lining the walkway next to the Nakatsu River. 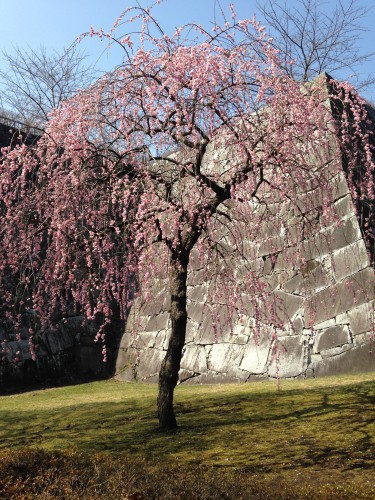 During hanami or cherry blossom season, the park becomes over crowded with parties of people, resting and drinking under the short-lived cherry blossoms. So if you come during this time, be sure to get there early in order to find a cherry blossom spot so you can take a seat and admire the view. 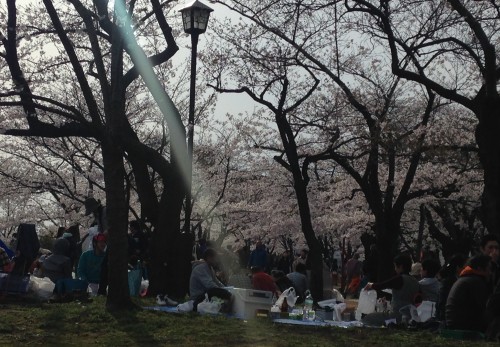 Construction of Morioka Castle began in 1597, and despite repeated flooding from the Kitakami and Nakatsu Rivers, construction continued for 36 years. Building finished in 1633, and Nambu Shigenao, the third lord of the Morioka domain, was finally able to reside within the buildings. 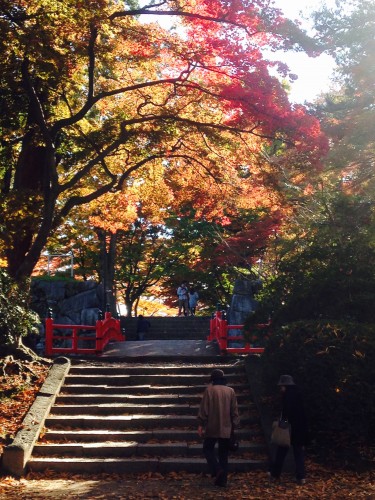 The castle site is located at the confluence of the Kitakami and the Nakatsu Rivers. When the castle still stood, the basic layout consisted of the inner castle compound (or uchi kuruwa), which housed the main building where the lord lived. A second building was where meetings were conducted, and a third building was used for Shinto rituals. In the past the castle was surrounded by a large moat, although this feature no longer exists either.

The castle was destroyed in 1874, and redesigned as a garden by Yasuhira Nagaoka in 1906.

On the highest level of the park, you can find an empty pedestal, on which used to rest a bronze statue of Toshinao of the Nanbu clan. The statue was melted down for weapons during World War 2. 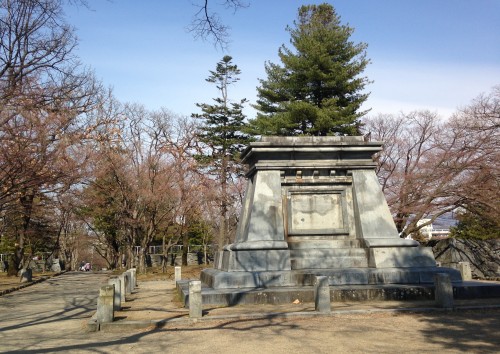 At the north end of the park is Sakurayama Jinja shrine; a small shrine which acts as the meeting point for many of the Sansa dancers before and after they participate in the Sansa Parade. 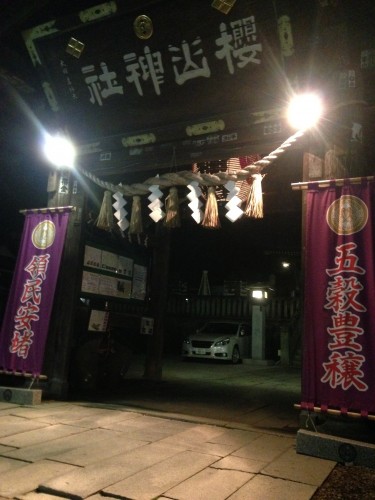