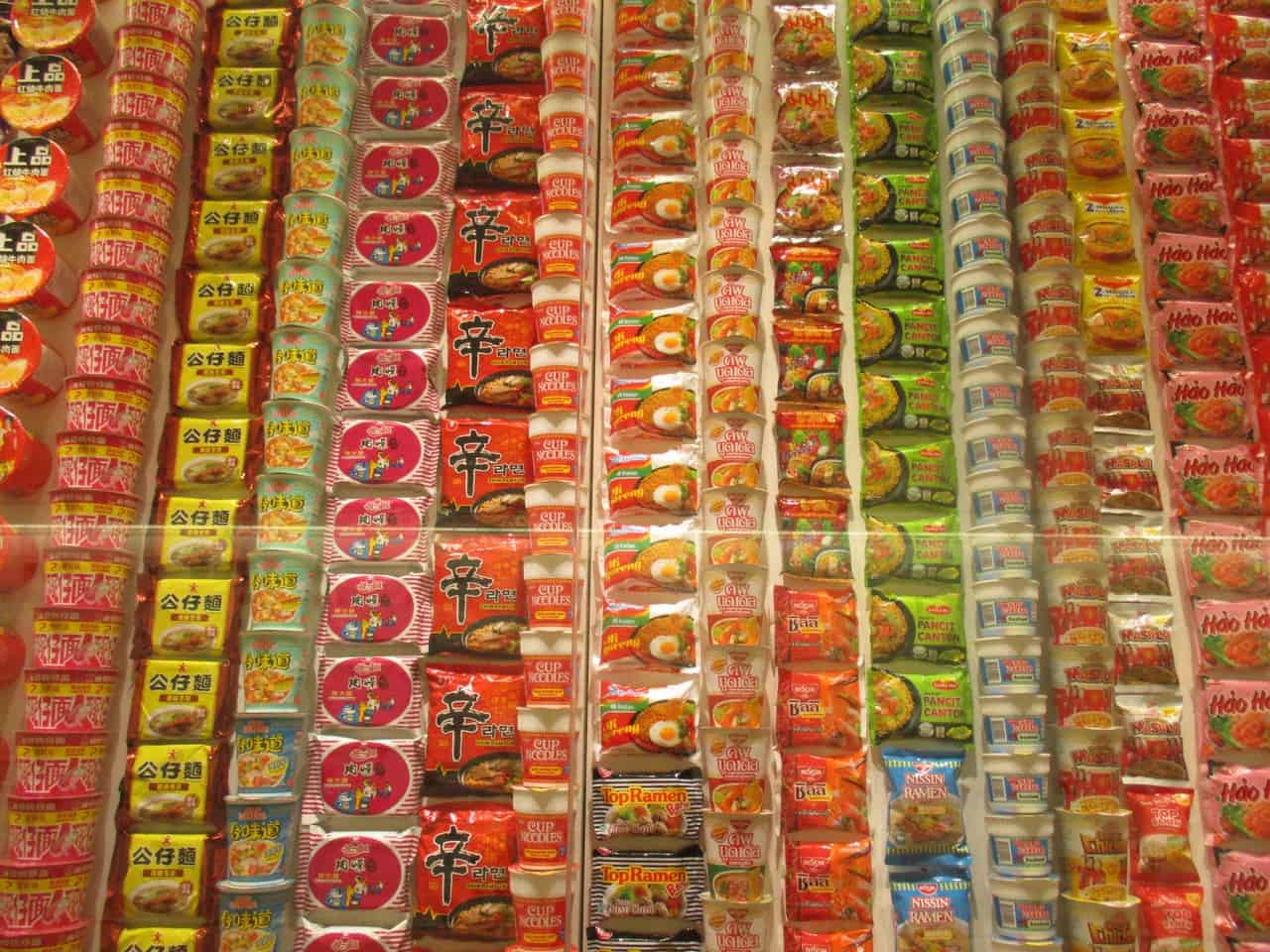 Instant Noodles from Around The World

There is also My Cupnoodles Factory workshop in the Cup Noodles Museum. In the workshop, you can create your own original cup noodle by decorating your own cup of the noodle, mixing and matching a variety of broth flavors and toppings. It costs 300 yen and there is probability that it will be sold out on public holidays. 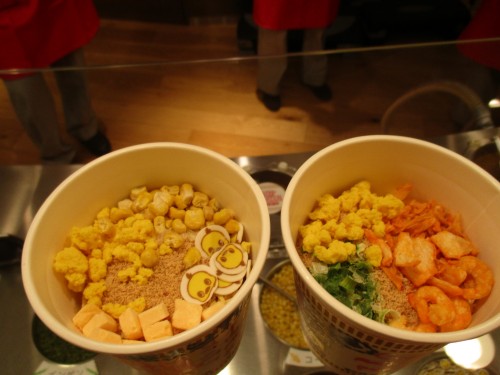 Choose your own toppings and broth!

In my opinion, unless you are still in your school-age, the workshop is not really worth a try. You have to pay 300 yen for the workshop, then pay 300 yen extra for the plain cup. All you can do is decorating the cup using bold markers, choosing broth flavor and three varieties of toppings. I would rather buy the cup noodle producted by Nissin Food which only costs around 140 yen in supermarkets. 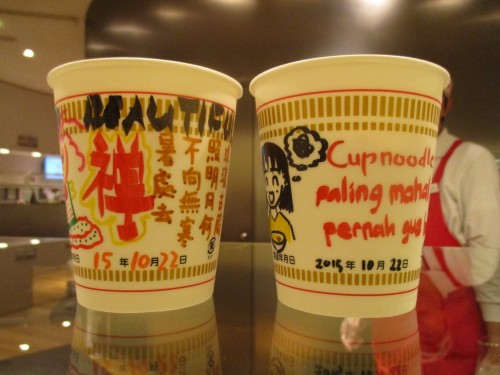 What else? This museum has Noodles Bazaar, which is a food court designed to look like an Asian night market. Noodles Bazaar serve eight different noodle dishes and drinks from some countries: Italy, Kazakhstan, China, South Korea, Vietnam, Thailand, Malaysia, and Indonesia. By paying 300 yen, you can taste a small portion of noodle dish from those countries.

I bought Indonesian Mi Goreng in the bazaar. As native Indonesian, I can say that the taste is pretty delicious. Even they put special soy sauce that is a must-added ingredient. The sauce is hard to find in Japan. Around Tokyo area, I know only one shop selling this sauce which is in Okubo. So, I guess all the noodle dishes in Noodles Bazaar are cooked almost similar to the one in their origin countries. Probably all of them are tasty as well. 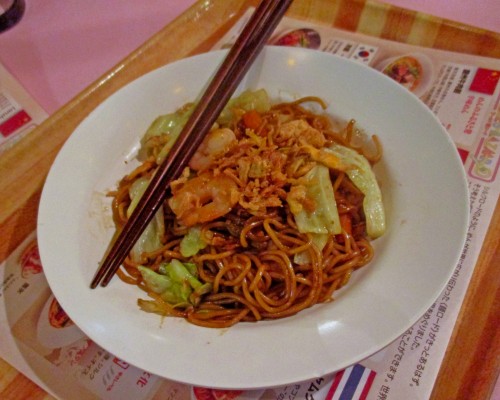 Outside the bazaar, there is a veranda where you can relax and enjoy the scenery of the sea. 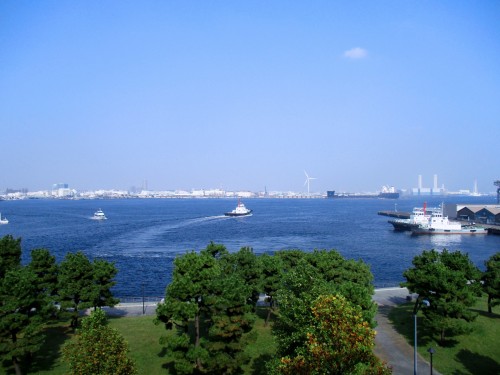 You can view the sea from the Cup Noodles Museum

Get There and Around

The Cup Noodles Museum is a 10 minute walk from either Minato Mirai Station or Sakuragicho Station.