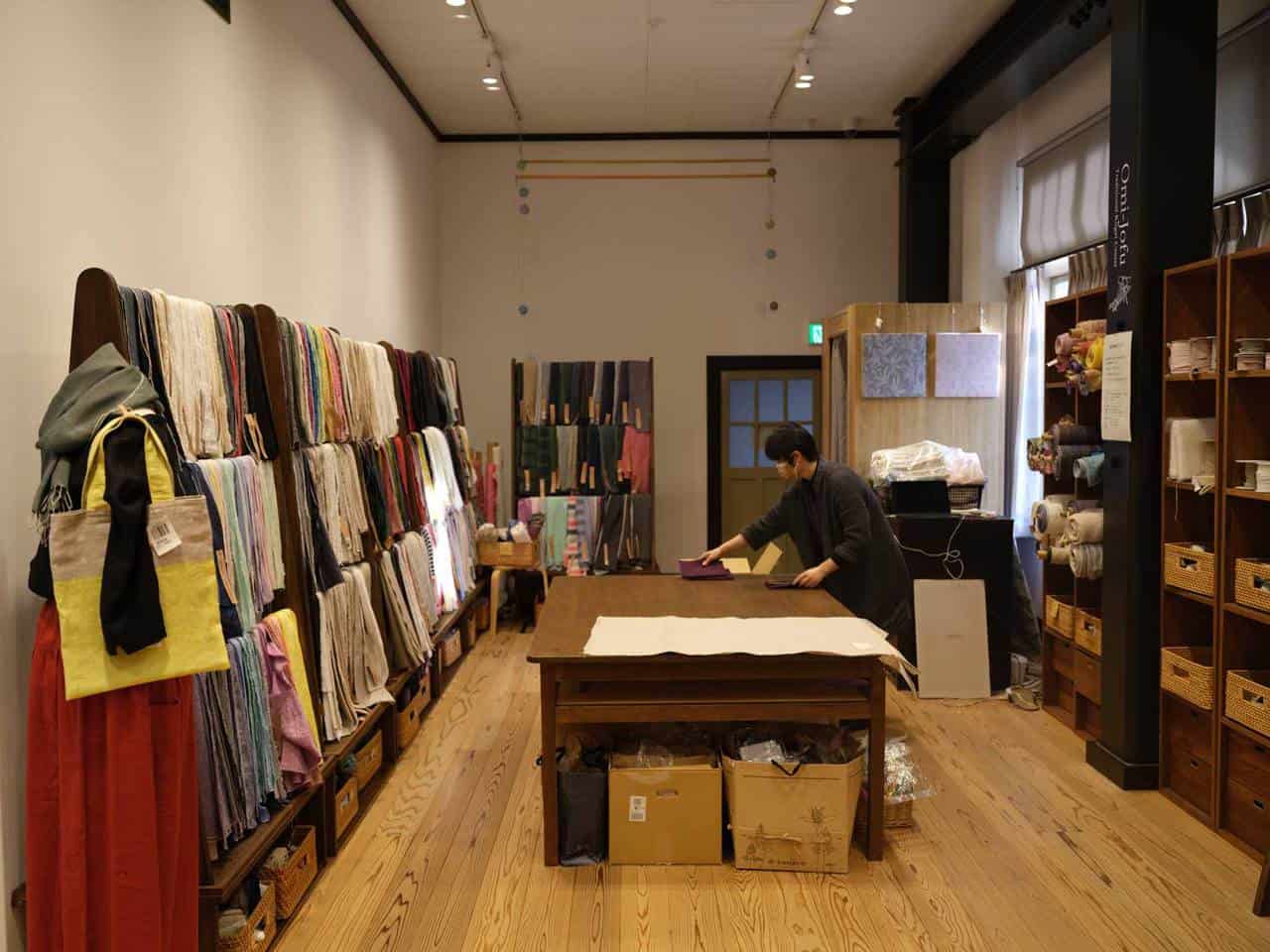 By Burcu BasarFebruary 28, 2022No Comments

This is the third and final installment of our series focusing on experiences along the New Golden Route of Japan that are easily accessible with Hokuriku Arch Pass. The pass costs 24,500 yen per adult when purchased outside of Japan and allows unlimited travel for seven consecutive days on Hokuriku Shinkansen and all the other JR trains operating along the trajectory, starting from Tokyo and covering major stops in Nagano, Toyama, Kanazawa, Fukui, Kyoto, before ending in Osaka.

We started the journey in the capital of Tokyo and now slowly make our way down to the second-largest city in Japan — Osaka.

As the train leaves Kanazawa and starts making its way down south along the Sea of Japan, there are four more prefectures to discover before our final stop in Osaka. Osaka and Kyoto need no introduction, whereas the Shiga and Fukui prefectures still qualify as hidden gems with some of the best craftsmanship that Japan has to offer.

This is part 3 of a 3 part series of articles about the New Golden Route, a part of Japan conveniently accessed by the Hokuriku Arch Pass. To read the other 2 articles in the series, follow these links:

You may have already heard of washi, the traditional Japanese paper, as unique and exquisite to qualify as an art form on its own. Washi is made by hand and is the basis of some of the most well-known traditional crafts of Japan including origami and ukiyo-e.

Echizen Washi Village in Echizen City, located in Fukui prefecture, is responsible for some of the finest quality washi produced in Japan, with a history dating more than 1,500 years ago. Echizen’s devotion to papermaking is so strong that one of the most loved local gods is a paper goddess, who – according to the legend – taught the town’s people how to make paper using the local plants as a means to develop industry.

The paper production in Echizen City is still a very active industry and continues all year long. Today, there are dozens papermaking factories in Echizen City, which use both handmade and industrial manufacturing techniques.

There are also two museums in Echizen City devoted to papermaking. Paper & Culture Museum is a great place to learn more about the history of Echizen Washi and view many different forms of paper.

The nearby Udatsu & Paper Museum is another rewarding alternative occupying a re-constructed house of a papermaker from the mid-Edo period. The museum aims for a more interactive experience and offers paper-making workshops where the participants get the opportunity to make their own washi under the guidance of local paper artisans.

Aisho-Town in Shiga Prefecture: A Town with Textile Products Worthy of the Samurai

Another town rich with traditional Japanese craftsmanship is located in the Shiga prefecture tucked between Fukui and Kyoto prefectures.

The town’s proximity to the largest lake in Japan, Lake Biwa, has given manufacturers access to its high-quality water. The textile produced in Aisho-town is known as Omi-Jofu and is made using handwoven ramie threads.

The city’s textile industry flourished during the Edo Period with the support of the ruling clan of the area. After the Meiji era’s industrial period, the manufacturing techniques changed and lead to facilities closing down.

Omi-Jofu Traditional Crafts Center today serves to pass the town’s unique textile manufacturing techniques on to new generations and introduce this unique culture to the visitors. The visitors can participate in workshops to experience weaving Omi Jofu. The center is located in a renovated 100 years old building that is as attractive as the experience itself.

Indulge in Fresh Seafood in Kyoto’s Seafood Market, One of the Largest on the Sea of Japan side: Maizuru Port Tore Tore Center

Kyoto prefecture, home to the old capital of Japan – Kyoto city, needs no introduction. While the exquisite city deserves all the recognition and the hype around it, the prefecture is home to many other sites and experiences that will enrich your trip.

In addition to the many of fish stalls, the center hosts many gift shops (selling processed sea food and local sake among others) and restaurants where the best catch of the day can be enjoyed.

Enjoy Osaka From High Above

Our journey through along the New Golden Route of Japan started at the TOKYO SKYTREE® tower’s mesmerizing views over the capital, rural towns with craftsmanship, rich cultural experiences, and culinary delights. Why not end it with the panoramic views of the second busiest and much-loved city of Japan – Osaka?

Umeda Sky Building/Kuchu Teien Observatory is a great place for city views of Osaka during the day and the nearby Mount Rokko. The night-time scenery is also equally rewarding when the dazzling lights serve as a testament to the rich nightlife culture of Osaka. The scenery can best be enjoyed from the Sky Walk on the top floor offering a 360-degree panoramic experience.

The tower also hosts many shops and restaurants along with a movie theater. It is a great place to spend an afternoon before the sunset and night scenery takes hold over Osaka.

How to Get to Fukui, Shiga, Kyoto, and Osaka Along the Hokuriku Arch Pass Route

These sites can be accessed with a combination of JR limited express and local trains covered under the Hokuriku Arch Pass.

Hokuriku Arch Pass follows the route less traveled and introduces the visitors to the side of Japan that is highly cherished by locals but still waiting to reward its international visitors.