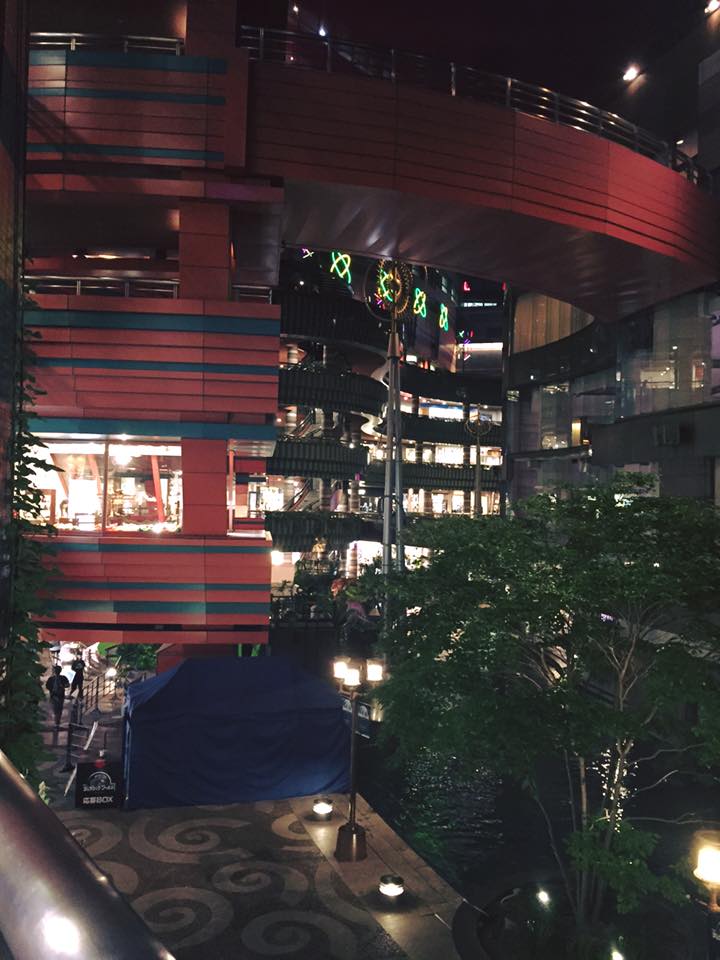 The Green and Blue Lush of Canal City Hakata, Fukuoka

The Fukuoka material masterwork of Canal city Hakata is centrally situated on a man made canal. A “city within a city,” it’s a complex including a hotel and shopping mall bisected by green, blue and a ripple in space. Green sprigs trimly conceal a couple of benches.  Central to the complex and nearby a small pleasance is a small plaza: sun plaza stage. When I visited, animatronic dinosaurs wagged tails and reared heads.  Peaking amidst sun plaza’s greenery was a Jurassic World display. 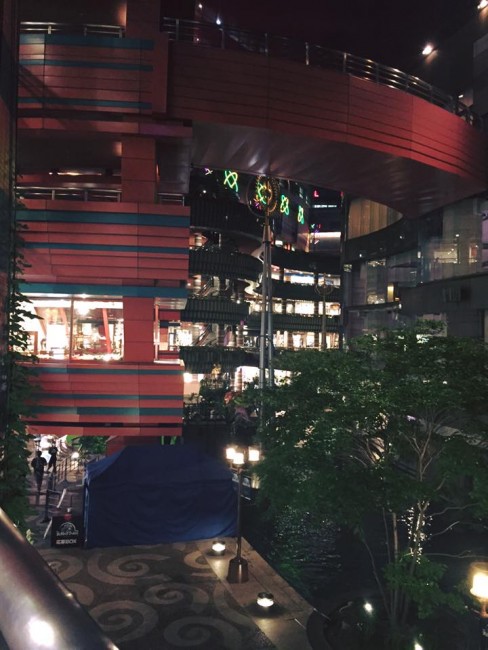 The plaza rounds into the water.  Above, floors are scooped out in a semi-sphere, where a scepter of rings rotates on an axis.  It calls attention to the winds blowing in from Fukuoka’s nearby port as air and water move in currents like Canal city’s crowds.

The Canal City Hakata spatial bend is a five-floor work.  On each level facing and following the canal curve, terraced pathways replace the drab indoor hallways of many malls. Strolling here on an August night is a nice experience with free refreshment away from indoor food courts focusing on Fukuoka’s hot ramen servings and glamorous stores.  Prop against its low wall while wondering what performances might be heard carried on the wind from a nearby riverside shopping area.

Descending stairs to ground level, one can find a few passageways from the boundary canal into Hakata’s belly.  Each way widens from the outside sky like a burrow, as shoppers enter and exit with their hoard. Space is a commodity free-of-charge at Canal City Hakata. 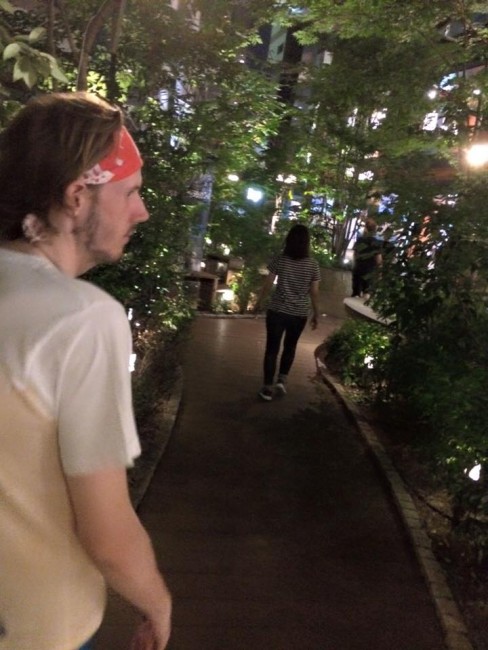 Noisy dinosaurs and voices singing on the wind made me think of a phrase: “His Master’s Voice” (HMV). HMV is one of the many shops lining the halls of Canal City.  Having spent a road trip exposed to mixtapes of Japanese artists, I made for “C” to find charisma.com’s latest EP.

Just outside HMV was a pavilion-designed space and it felt like a center square to Canal City.  Flatly, this seemed to lay the conceptual foundation of the shopping complex. The idea seemed to rely on incorporating as many communal spaces as possible.  I overheard the cosmopolitan mix of both American and antipodal accents with languages of East Asia in this space.  Canal City Hakata truly is the city’s city of Fukuoka’s trading port.