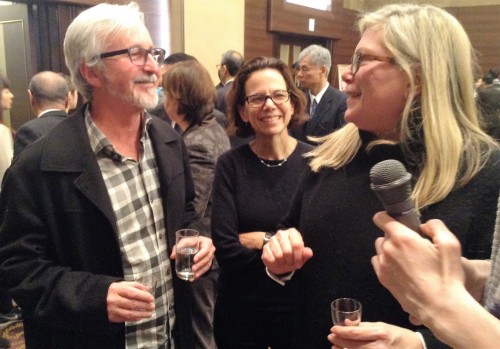 A Sake Tour, to Discover the True Japanese Alcohol 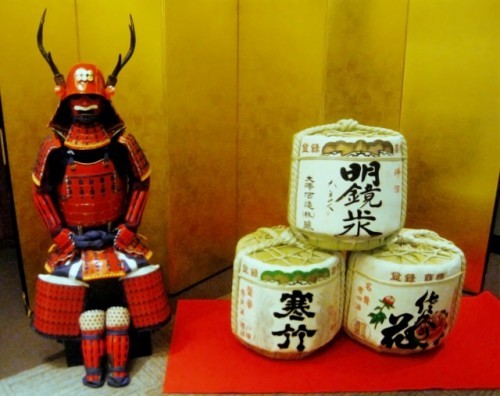 How can nihonshu (commonly called sake) gain more recognition outside of Japan? This is an issue on which the highest authorities in the country place great importance. Cabinet Office, Government of Japan “The Cool Japan Public-Private Partnership Platform Project” organized a sake tour to introduce these specialists of gastronomy (and alcohol) to foreign countries. I followed them for four days and learned a lot of exciting things about this ancestral art (One of the oldest breweries in the country was established in 1141 and has over 850 years of history)! 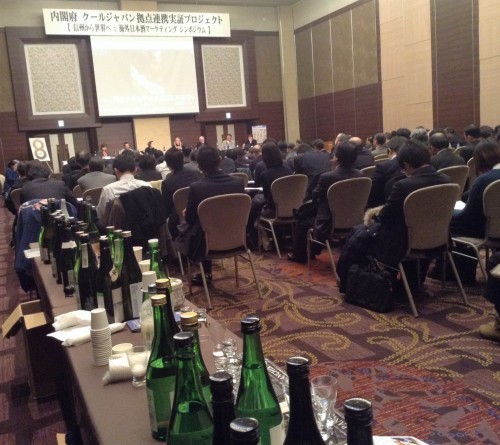 A sector in difficulty

Let us face the fact that sake, in Japan, is not very popular. The Japanese are buying less and less sake these days, largely because of an increase in the consumption of foreign alcohols (such as wine). In addition, the regions producing sake have difficulty encouraging young people to harvest rice, which is crucial for the production process. The number of sake producers across the country has now fallen below the thousand mark, whereas it was four times higher at the end of the Second World War.

Hence, switching the market toward overseas is the hope of significantly increasing the consumption of sake. But that will be no easy task. “Today, we estimate that only 20 of Nagano’s 80 producers are ready for exporting sake,” stated Mr. Tsutomu Miyazawa, head of the Nagano Sake and Wine Promotion Office.

Visit to Ibaraki and Nagano

Cabinet Office, Government of Japan “The Cool Japan Public-Private Partnership Platform Project” has taken their guests to the Ibaraki prefectures (see the article on Sudo Honke) and most notably to Nagano, the second leading sake producing prefecture behind Niigata prefecture.

Dana Cowin, former editor in chief of Food and Wine, a gastronomic magazine well-established in North America for over twenty years, and is currently chief creative director of Chef’s Club restaurant in New York.

Jack Tse, a general manager of the world-famous restaurant “Imasa”, The Peninsula Hotel, in Hong Kong. Passionate about Japanese cuisine and sake, he regularly visits Japan.

Rob Sinskey is a famous vineyard owner in Napa Valley, California. He has only produced organic and biodynamic wine since 1991. His wines are internationally recognized.

His wife, Maria Helm Sinskey, is a great chef whose restaurant is located at the vineyard. Her gourmet dishes are created with the idea of being able to perfectly accompany the wines. They collaborate well.

Visit sake tastings and the events 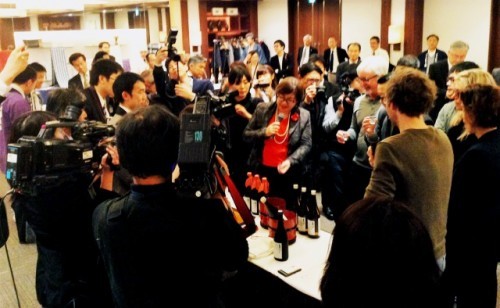 During this event, we enjoyed sake tastings, as well as meals at good restaurants to pair the sake with food. We visited six of places.

During these four days we also took part in two important and highly publicized events. The first was an event at the Tokyu Rei Hotel in Ueda. Six sake brewers, along with many local producers of fruits, vegetables, sweets, etc., presented their gastronomies and techniques from Nagano. Among those in attendance were the Mayor of the city ,Soichi Motai, and other local personalities.

We also saw a demonstration of Japanese percussion: It is lively and quite impressive! 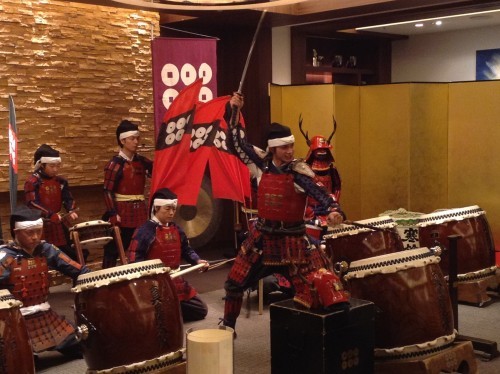 The second event was the highlight of this nihonshu tour: an enormous symposium held at the Hotel Metropolitan  in Nagano. The guests first enjoyed the products of twenty brewers from Nagano, while Ms. Miyako Hamano , a representative of Cabinet Office, Government of Japan Intellectual Property Strategy Headquarters and two breweries took to the stage. A two-hour discussion then ensued in which the participants were able to exchange opinions. They gave us their point of view regarding the situation of sake and were especially focused on how important we it is to develop a new international market for sake.

An education of tasting

It was interesting during this week to learn about the tastes of many types of sake see how people expressed their opinions of each sake with unique vocabulary, and knowledge. At the end of the week, everyone agreed on one point: sake offers an incredible variety of flavors and there is definitely a brand for everyone. From the driest to the sweetest, the tastes of sake are as extensive as they are for wine or beer.

“For me,” explains Dana Cowin, “The most important thing is to know is who is behind the product, no matter what product you are talking about: meat, vegetable or sake…And to know a little about the history of all the producers, we have made more ideas about it: there is an incredible historical and family richness behind the nihonshu and this must be deserved, it will be appreciated by foreign customers. 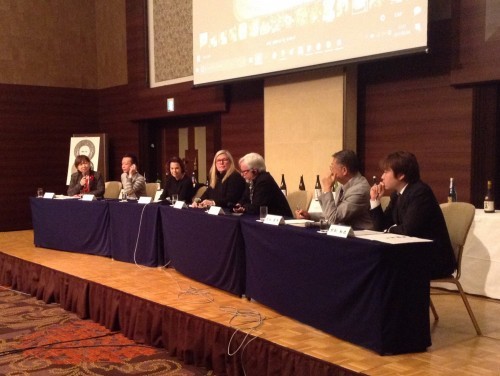 The role of labels

Rob Sinskey has repeatedly pointed out that they have to inform customers overseas about how to consume sake: “It is an alcohol that goes perfectly with Japanese cuisine of course, but it also pairs with Western cuisine. We have to explain this more, to advise which cuisine to serve with their sake based on the sake producer’s recommendation. Why not use the labels on the back of the bottle for this purpose?” 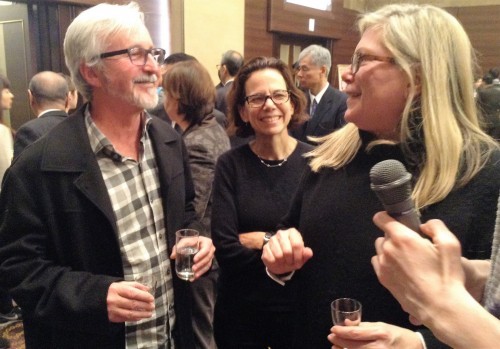 They had a discussion about food labels, and whether the recommendations should be on the front or back of the bottle, and guests agreed that it would be better to use the back.

Jack Tse enjoyed his visit, he found a rare pearl. He works with a very high-end clientele in Hong Kong, but has only limited knowledge of sake. “This alcohol is refined, perfect for my restaurant. I was looking for an original brand, with a story that is out of the ordinary, because that is what my customers want to hear. They ask me to choose sake for them, but want me to tell them about the producer, the history of the brand. And during this visit, I discovered a sake not only excellent in Ueda, but especially a brand that represents all of this. I’ll import it and put it on the menu,” he rejoiced. And then, as he will be the first to import it out of Japan, it will give him even more value.

The demands for better collaboration

Rob Sinskey says that he believes brewers lack unity. “These are mostly small producers, which is very good and offers added value. However, in order to export, why not unite? By working several small brewers together, it will be great for exporting sake. I have the impression that there is a lack of collaborations and associations between producers from different regions, sometimes even from the same region,” he explains. To this, Mr. Tsutomu Miyazawa, the Sake and Wine Promotion Office of Nagano Prefecture, replied that there was a lack of this because it was against the culture of the Japanese, who are used to selling the products by themselves, and promoting on their own as well. The solution therefore seems to involve a third-party partner, who would be able to sell Japanese products abroad while keeping the family side of the breweries as a marketing key.

How to know the better sake

Rob Sinskey and Dana Cowin believe that it would be nice to help foreign consumers learn about sake types, and make clearer categories, as is the case with wine (Bourgognes, Bordeaux, Pinot Noir, etc.) and beer (IPA, Pilsner, Stout, etc.). “I tasted so many delicious nihonshu this week, but what were they called? I do not remember almost any names. Easy-to-memorize English names would help,” they say.

Maria Sinskey explained that she was impressed by the richness of the tastes and smells of the sake she tasted. She also wanted to say how impressed she was with the richness and quality of the products. She sees a great marriage potential of this drink with foreign cuisines. 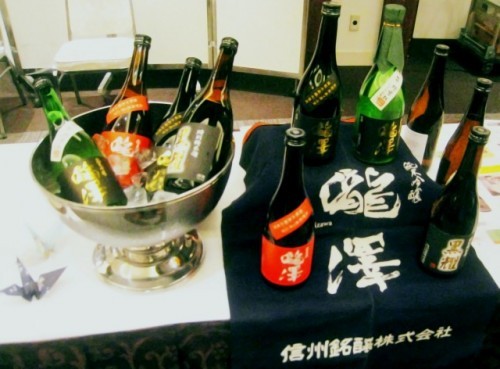 Jack Tse, also seduced by the drink, gives firm advice to the brewers. “First of all, you have to target the foreign customers you are aiming for and be ready to leave your comfort zone, because adjustments will have to be made in terms of marketing, bottles, labels and names,” he explains.

As for Rob, he also sees the potential. “It may seem to be secondary, but I will give you an example. We visited a lot of producers, we tasted exceptional drinks, and yet, apart from maybe once, we never had anything to eat with the tasting. The food can help to show the taste of sake, and it would allow us to imagine which ways to serve it, to marry it,” he points out.

During our tours, how they can develop applications that can be translated easily and give them the simple explanations on the product have also been discussed several times.

The hope is, with such quality and diversity in the products, sake will gradually be as popular internationally as it has been for the Japanese for nearly nine centuries.

Where to drink sake in Tokyo?

For tourists coming to Japan, there are great opportunities to drink good sake, as most bars and restaurants offer different types on their menus.

Here are two places in Tokyo where sake tastings are offered, and they are both worth visiting because they are specialists. In the center of Tokyo you will find one place in Omotesando (Hasegawa Saketen), and the other in Nishi-Azabu (Twelv.) 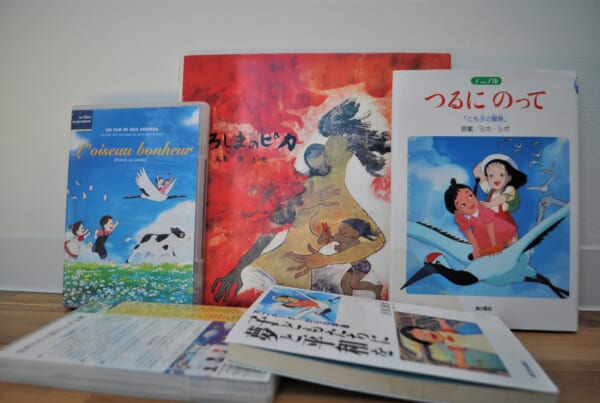 Atomic Bomb Cinema and Literature: 6 Works about Hiroshima and Nagasaki