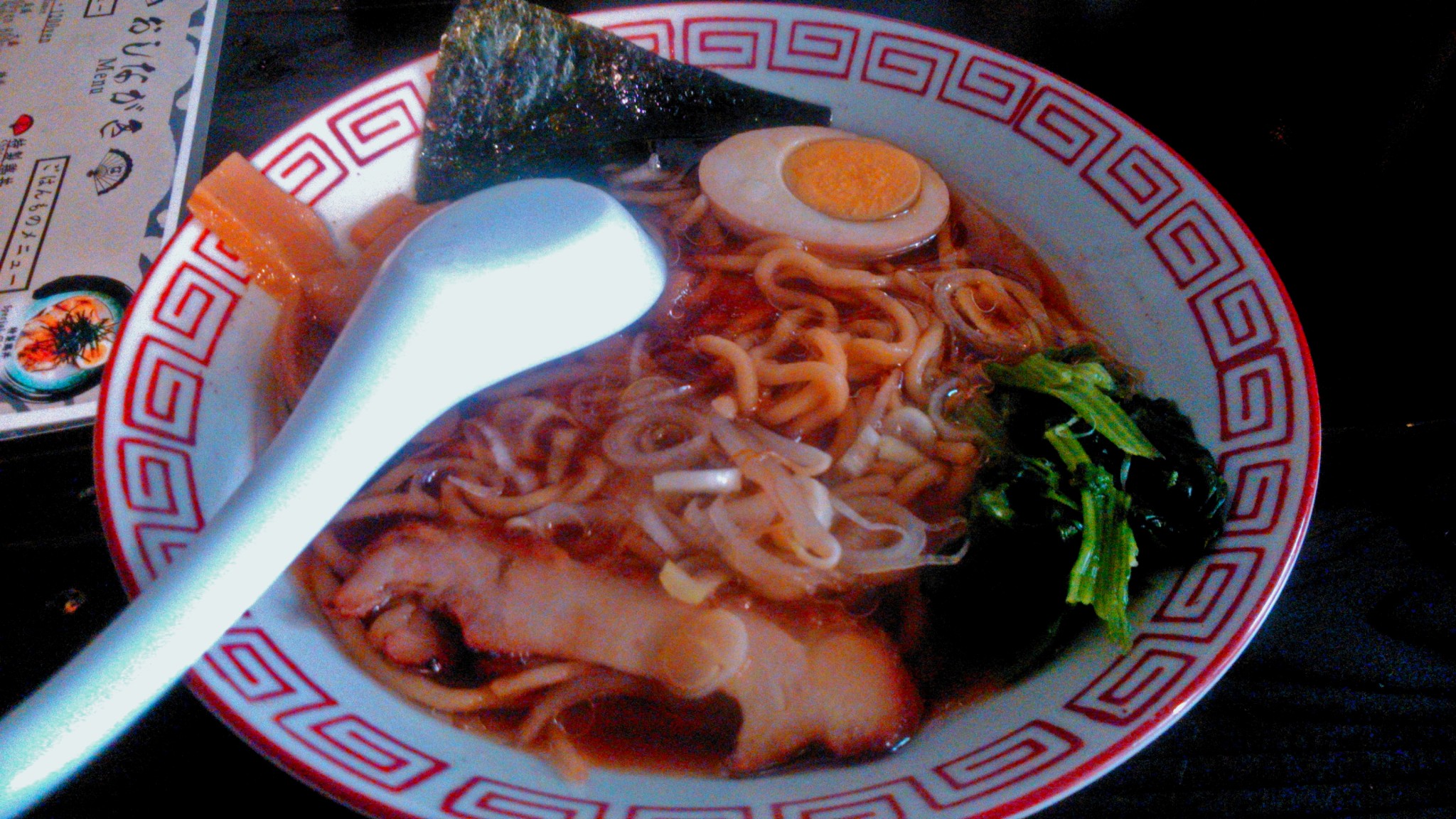 First of all, what is halal?

Halal is Arabic for ‘permissible’. Halal food is that which adheres to Islamic law, as defined in the Quran. The Islamic form of slaughtering animals or poultry involves killing through a cut to the jugular vein, carotid artery, and windpipe. Animals must be alive and in a good health at the time of slaughter and all blood is drained from the carcass.

Halal also refers to what kind of food and animals are permitted to be eaten. Food and animals that have been clearly and explicitly prohibited in the Quran are not halal, such as a swine, donkey, and alcoholic beverage. That’s why the adherents of Islam do not eat pork and any derivative products of swine.

While we are traveling, we barely cook our own meals. Most of time, we buy food in restaurants nearby. However, what if we have dietary restrictions? For instance, Jewish people who have to eat food complying with Jewish dietary laws (kashrut) or kosher food, Muslim people who have to eat halal food, and vegetarians who do not eat meat. 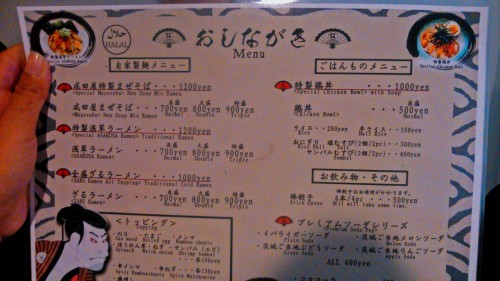 Some restaurants in Japan are adapting to make their food more accessible to foreign visitors, such as Naritaya, a ramen restaurant that serves halal ramen. There were two Naritaya reastaurants I have ever visited,  the one in Tokyo Asakusa, and the one in Gion district in Kyoto. Both are near tourist spots.

The most basic menu item is priced at a reasonable 700 yen (US$6). A bowl of halal ramen does not look any different from what we would find at other ramen restaurants that give no concerns to halal cooking practices. Aside from ramen noodles, we can also see nori (seaweed), bean sprouts, scallions, spinach, a boiled egg, and menma (seasoned bamboo shoots). 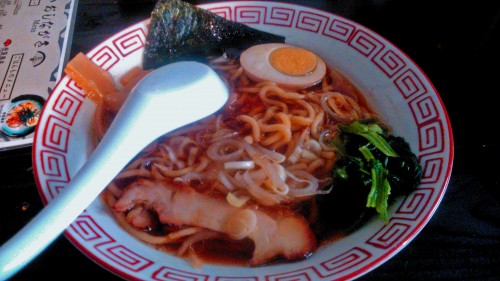 Instead of chashu, the thinly-sliced pork that’s commonly served with ramen, there is a strip of grilled chicken. The broth itself is made from bonito and konbu (kelp). Of course, it’s because they do not serve any kind of pork derivative products. Naritaya restaurant also has a custom ramen menu for vegetarian customers. 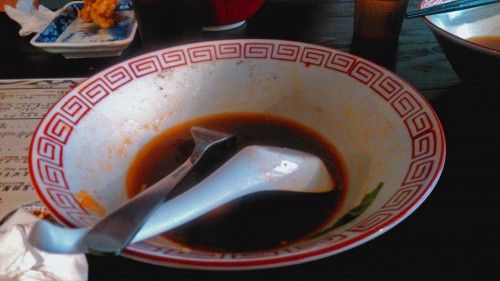 I finished eating my ramen.

I never eat non-halal ramen so I don’t know if there’s any difference in taste between them. However, to me, the ramen at Naritaya is particularly delicious. It’s really recommended for Muslim and vegetarian travelers who want a taste of Japanese ramen, while still managing to observe their dietary requirements.