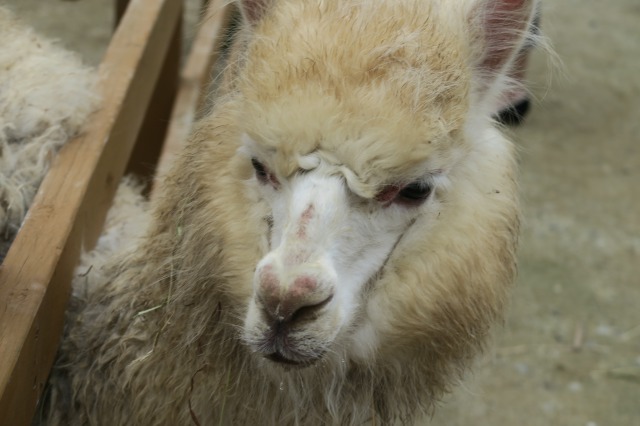 The sunken house: A day in Yamakoshi (Part 2) 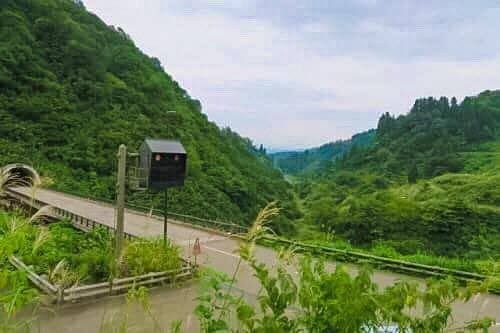 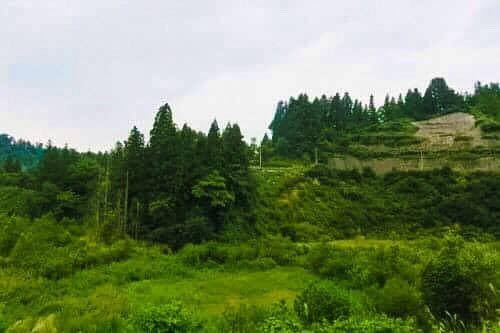 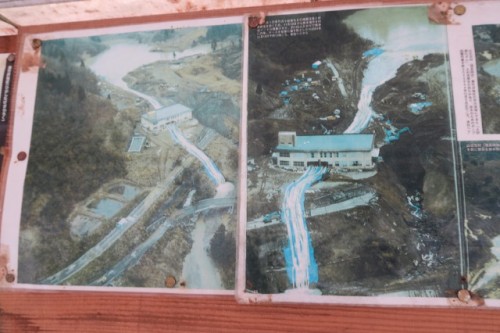 After lunch, I was taken on a trip around Yamakoshi to see all the local and historical sites in the area. The first stop was Kogomo memorial park which, alongside the houses which still remain sunken into the ground from the earthquake, also features some of the most hospitable, warm and welcoming people I have ever been in the presence of. On the walk up to the single shop that stands in Kogomo, we were greeted by a delightful, if not a little eccentric, older woman. She gave me some free tea and some delicious sweet potato, and even prodded me to take a bigger piece than I was originally aiming for. The experience was delightful, from meeting these amazing, hospitable people to witnessing the two sunken houses, which I’m told are still inhabited today and which serve as an important reminder of the events that occurred there. 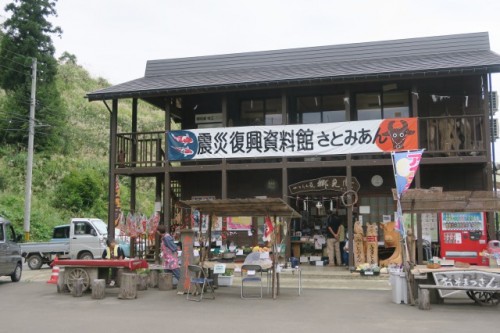 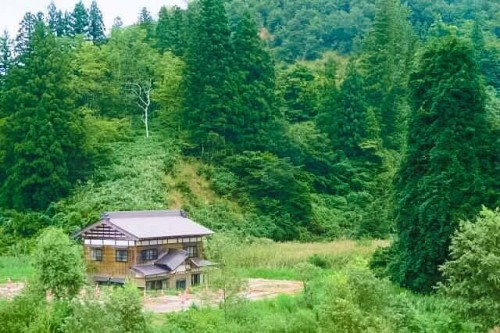 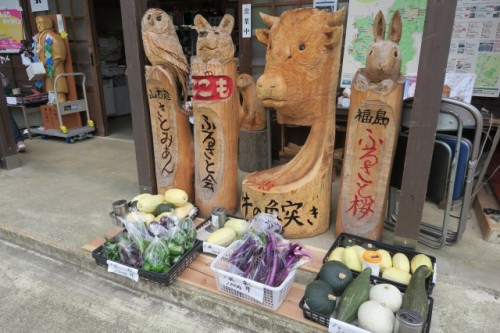 From here, I was taken to one of my favourite destinations in Yamakoshi: Nakayama Tunnel. The tunnel sits right next to the more updated version, which is sturdier and currently used as the route through to the village on the other side, and is clearly a lot smaller and more mystical than the new Nakayama tunnel. Since Yamakoshi village is surrounded by mountains, there was a need to build many tunnels to avoid the isolation of certain villages, particularly in winter, many of which were dug by the local people in the early days. The first Nakayama tunnel was actually pick axed by hand and, at 922m, is the longest man made tunnel in the whole of Japan. Construction work began in 1933, but was only completed in 1949, after 16 years of digging. The tunnel was used for over 50 years until 1998 and is still standing there now, complete and without collapse. 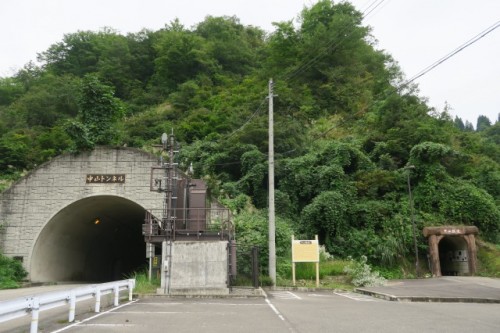 The tunnel itself is like something out of a horror movie. It’s cold, dark, creepy and silent, with moist walls and the occasional dripping sound that echoed from the walls. The passage is lit dimly at the entrance, making for some incredible, atmospheric pictures. However, now the passage has been cut off, for safety reasons, preventing people from walking the whole length to the other side. Peering over the barrier, you can see something even creepier. The path ahead is dark and you cannot see the ending of the mystical, echoing tunnel. But despite its horror-like vibes, the silence of the cave, the cooling temperature and the dripping of water, gave me a very relaxed and calm feeling. I could have stayed there for a very long time. 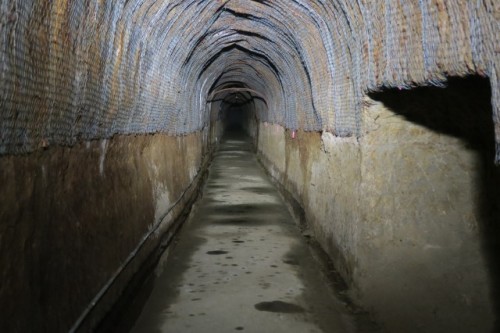 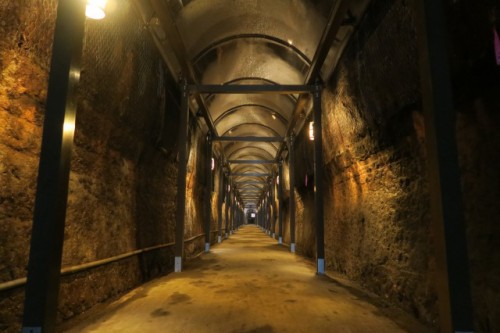 The final stop was the Alpaca farm, filled with the tufty hair of American alpacas. Their hair is definitely worth a hearty mention, as it was much softer than it looked and even tuftier than I had ever thought possible. And their hair is in such bouncy abundance that it’s even used to make souvenirs featured back at Fukko Koryu Kan Orataru. The farm was quite small in overall size but it did feature a wealth of alpacas of all shapes, sizes and attitudes, as well as food dispensers that enabled you to feed them. But you needed to be careful, as the alpacas were crafty and could down a whole bowl of feed in what seemed like milliseconds. Apparently, they were a gift given to the people of Yamakoshi to lift their spirits after the hardships they endured in the earthquake. Of course, the alpacas are still there today, bringing joy and entertainment to people of all ages and I’m sure will continue to be there for years to come. 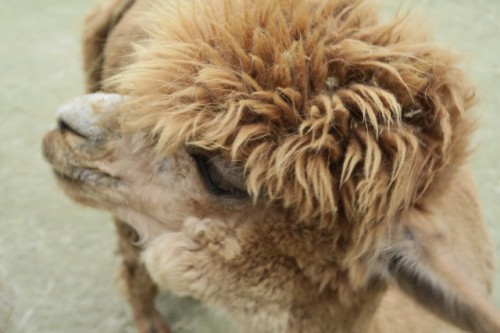 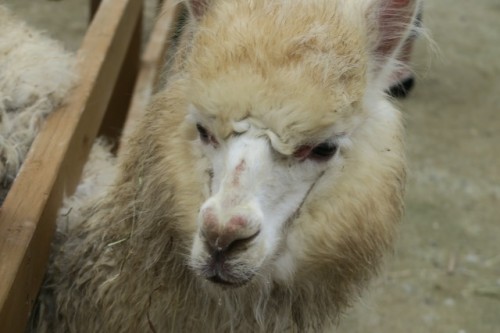 My trip to Yamakoshi village was a fantastic and unique experience that I will never forget. The landscape is scattered with reminders of the tragic event that took place there just over 10 years ago, but not as a prompt for sympathy. Rather, they represent the absolute strength and unity of the amazing people that I met along the way, each one of them just as kind as the last. So I would urge you to visit Yamakoshi, for the once in a lifetime experience to meet some of the most generous and inspirational people you may ever meet. 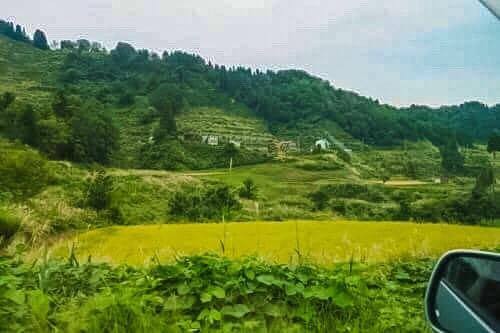 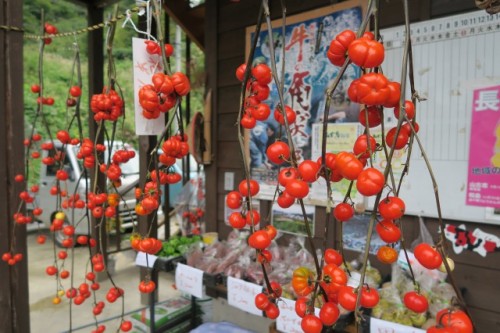