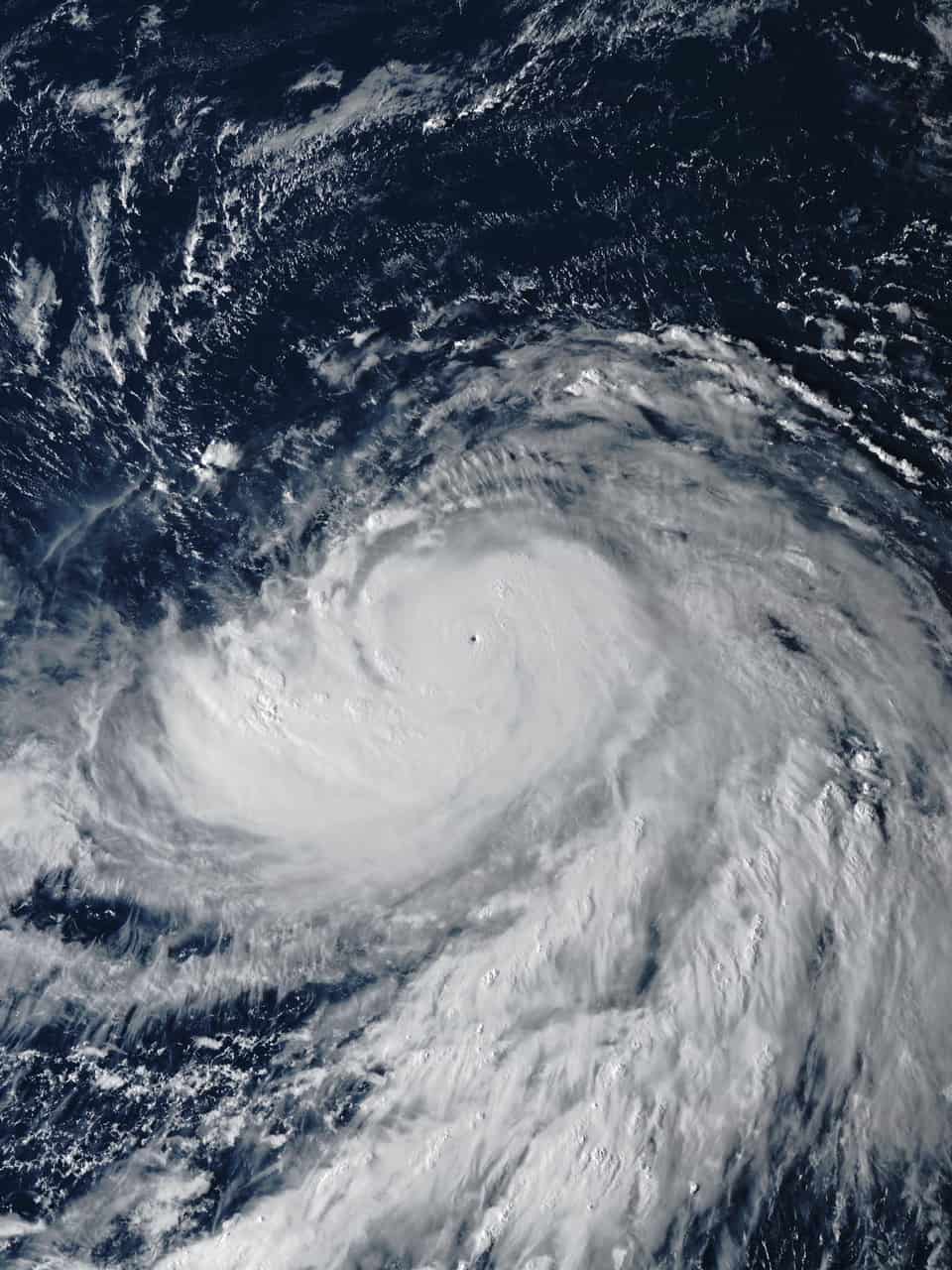 Typhoons in Japan: The History and What To Do in an Event of a Typhoon

On Saturday, October 12, 2019, Typhoon Hagibis made landfall in central Japan. Outlets such as Japan Broadcasting Corporation (NHK) had been predicting the storm’s destruction for days, citing its size (1,400km), wind speeds (198kph), and trajectory, straight into central Tokyo. The Japan Times reported that JR East and numerous train lines would shut down ahead of the storm and stay down over the weekend. The eyes of the international community turned towards Japan, citing Hagibis’ rise from a tropical storm to a category 5 super typhoon in 18 hours, ranking it among the most explosive typhoons on record.

Meanwhile, in Tokyo, residents hunkered down. Storefronts along main shopping avenues remained shuttered, leaving all but the staunchest 7-11 or Family Mart remaining completely closed through the weekend.

When Hagibis was said and done, it caused ¥1.86 trillion in damage and pushed the country’s total water-and-wind bill to ¥2.15 trillion for 2019 alone. An extra, emergency ¥500 billion relief fund was immediately approved as rivers flooded and landslides carried homes away. The Self-Defense Forces were called in to evacuate people while infrastructure collapsed and whole trains, homes, and neighborhoods remained underwater. Irrigation, canals, farmland, and rice, in particular, suffered damage. At the final count, at least 91 lost their lives.

What Exactly is a Typhoon?

Typhoons fall under the same category as hurricanes: tropical cyclones. As stated by the National Ocean Service of the US Department of Commerce, meteorologists describe such storms as a “rotating, organized system of clouds and thunderstorms that originates over tropical or subtropical waters and has closed, low-level circulation.” Typhoons can appear above oceans so long as there is the corrected combination of moisture, pressure, and temperature.

Once a weather system reaches certain cyclonic speeds, it’s upgraded from a tropical depression to a tropical storm, and eventually, once it’s reached about 119kph, it’s officially a typhoon. If it reaches 241kph, it’s dubbed a super typhoon, as categorized by the Joint Typhoon Warning Center (JTWC), located in the US. (Incidentally, the JTWC is also the organization responsible for naming typhoons.)

The only difference between a typhoon and a hurricane, in fact, is the location where it hits. In North America, a tropical cyclone is known as a hurricane. In the South Pacific, it’s a typhoon. Regardless of their name, typhoons such as Hagibis can cause a tremendous amount of damage and destroy homes and life savings, and lives themselves. They are a danger that needs to be taken seriously.

Japan: Along the Path of Typhoon Alley

Hagibis was a massive storm – it’s true. However, it was only one single storm in a string typhoons that continue to strike a country particularly prone to natural disasters.

Japan’s typhoon season typically runs from May to October, but August and September are known as the deadliest months. Over the Pacific, typhoons typically start in the southwest part of the ocean east of the Philippines. They work their way up through “typhoon alley,” an oceanic path that sweeps storms towards the Asian continent and then back out again. Once a storm resettles over the ocean, it can dissipate harmlessly.

This means that Japan is right along the westernmost edge of typhoon alley. In particular, Okinawa is right in the middle of the path and gets hit by about seven such storms per year. If a typhoon stays away from land, then there’s little to no danger (although fishermen, of course, have to be careful). If a typhoon veers and makes landfall, that’s when the potential for catastrophic danger skyrockets. This usually happens less than ten times a year, even though the total number of typhoons over the ocean can be much higher (Hagibis was number 19 for 2019).

One of the most destructive typhoons on record, 1950’s Isewan, claimed 5,000 lives as the sea level along coastal areas rose nearly 5 meters. Isewan was the strongest typhoon on record since the mid-1800s. However, the problem lay with evacuation procedures; it’s estimated that as few as 250 people could have died if proper procedures had been in place. In response, new methods were put in place at the local level to allow municipal governments to respond to such disasters more efficiently.

In 1958, super typhoon Ida caused unprecedented damage, largely because super typhoon Helena had just made landfall a week prior. Helena flooded 50,000 homes, and the soil didn’t have a chance to recover. From Kanto up through Tohoku, rain fell at its fastest rate in 60 years, causing more than 1,900 mudslides and washing away entire villages. Over 500,000 people were left homeless, and 1,200 dead. As a result, Ida was the launching point for the country’s current underground system for redirecting floodwater in cities, which consists of stories-high underground pipes such as Ring Road No. 7 Underground Regulating Reservoir under Tokyo.

Only one year later, in 1959, with little time to recover from Ida and Helena, Japan was struck by its costliest typhoon in history: Super Typhoon Vera. Nagoya suffered the most damage this time, as entire pieces of the coast near the city collapsed under the storm’s waves, destroying nearly 150,000 homes. Drinking water remained contaminated for months, and the loss of crops and infrastructure was severe. A staggering 5,000 people died, and nearly 1.6 million were left homeless as the damage amounted to nearly ¥500–600 billion (USD 1.67 billion as of 2007).

2004 was a record year for typhoons in Japan, as ten storms made landfall, the highest number since World War II. Across the country, one after the other, property was obliterated, people were left dead, trapped in buildings, buried under landslides, and this was before the 23rd typhoon of the season that swept into the country. That typhoon, Tokage, flooded 21,000 homes and caused tremendous damage, again, to infrastructure and crops.

With all of this destruction, it’s understandable why typhoons present a threat to Japan even more than the nation’s much-feared earthquakes.

Typhoons in Japan: Prepare for the Worst, Expect the Best

With each new typhoon, though, Japan has learned new and better ways of responding. As always, preparedness makes all the difference. At present, the nation is at its most ready, technologically, economically, and socially. In 2020, for instance, the Japan Meteorological Agency (JMA) announced a new piece of weather tracking technology that can predict when a tropical depression will develop into a typhoon five days ahead of time. Previously, the JMA could only predict within 24 hours.

By and large, the public is well-accustomed to these weather events and knows how to respond by avoiding public transportation, staying inside, stocking up on food, grabbing a blanket, and listening to news updates. Sometimes there are mad dashes for toilet paper and dried food. Still, considering how unusual it is in Japan to lose power, even under extreme weather conditions, this kind of response is understandable.

Tips for Travelers to Japan

For travelers, the first piece of advice is simple: plan accordingly, but don’t freak out. While it’s impossible to tell if a typhoon will form months ahead of time, knowing the typhoon high season can help travelers make more informed decisions (May through October, with August and September being the most volatile).

Regardless of travel time, there are some common-sense precautions that travelers can follow. At the top of the list is packing an emergency kit. It might seem like overkill, but many Japanese homes have emergency kits for this exact purpose, and no one will be complaining if the need to use a kit arises. To help, the NHK has prepared a list of recommended items that ought to be packed and ready in case of an emergency, including flashlights, first aid supplies, cash, batteries, and good sneakers.

Beyond this, be familiar with geography and evacuation routes. Know your surroundings, whatever your accommodations, whether it be a hotel, Airbnb, in the country or city. Be aware of the terrain, street layout, access points, evacuation routes, and general topography. (Are there hills nearby that could cause a landslide? Are there rivers that could flood? Are there bridges that could collapse if there is a need to evacuate? Are there trees that could fall over?). Keep an eye on the news if a weather system works its way inland, and refer to sites like the JTWC’s webpage, which contains up-to-date storm information and doesn’t require an understanding of the Japanese language.

If you happen to be caught in the middle of a typhoon, refer to our Japan Travel Guide for more information about getting help during a natural disaster. In the end, though, do as locals do: avoid the outdoors, don’t use any transportation, and keep both you and all your belongings inside. Even taking all the destructive power of typhoons into account, realistically, you might lose a day of travel and be forced to eat microwave food and watch Netflix on your bed. This kind of thinking can help you keep a proper perspective on the situation. After all, this is probably what a lot of people did when Hagibis hit in 2019. Safe travels.