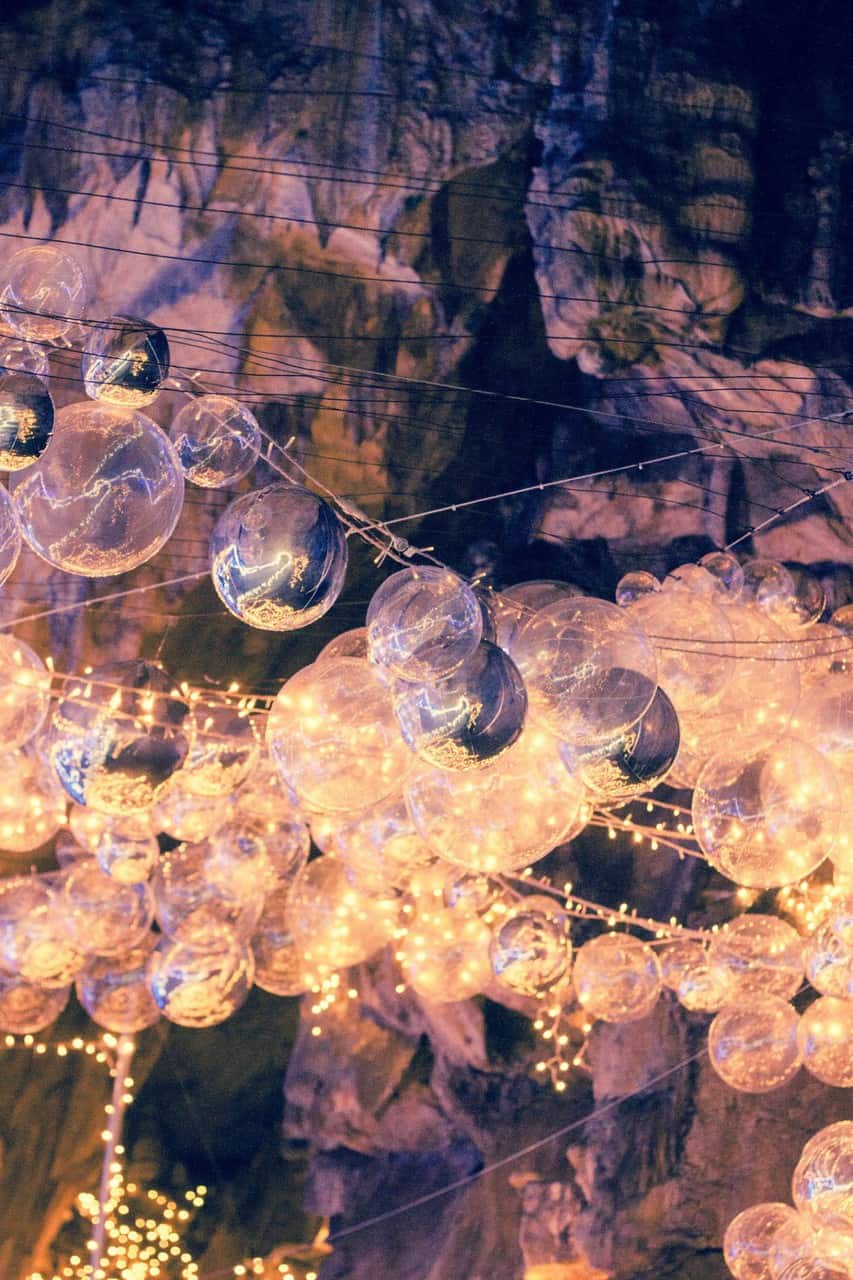 First discovered on September 12th 1969, Abukuma cave is a 3000-meter long network of limestone caves located in Fukushima Prefecture. Only about 600 meters of the cave are open to the public, but they offer some stunning displays of natural architecture that cannot be seen anywhere else in Japan. 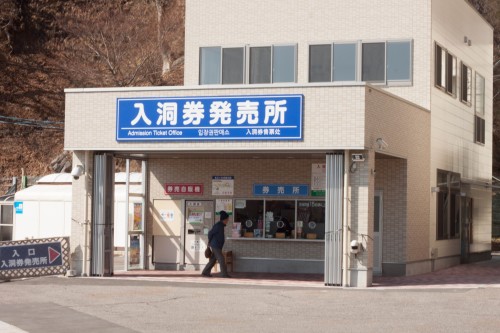 The expansive caverns of this cave system took over 80 million years to form, and include some truly impressive examples of different varieties of stalactites. 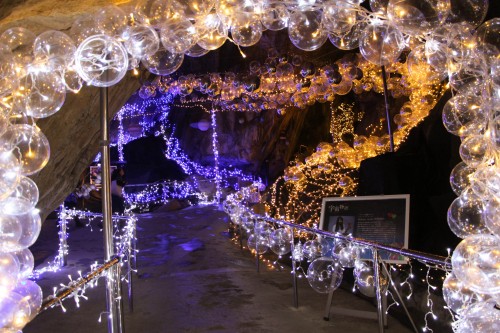 About six hundred meters of the cave system are open to the public, and two different courses are available for visitors to choose from. 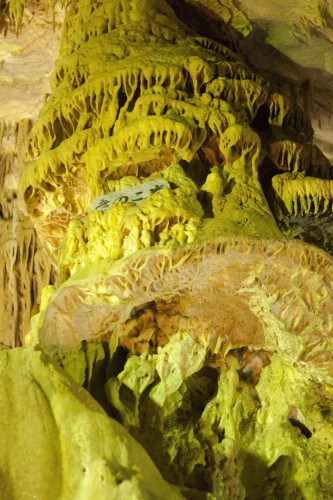 This course offers visitors an easier path from which to view the main attractions the cave system has to offer. Via walkways, platforms and steep staircases, guests can see the various features of Abukuma Cave, including the “Christmas Tree” and the “Silver Frost,” as well as the biggest cavern “Takine Hall,” and “The Moon World”.

The main features are beautifully lit up using a stage lighting system, and add an impressive atmosphere to the experience. 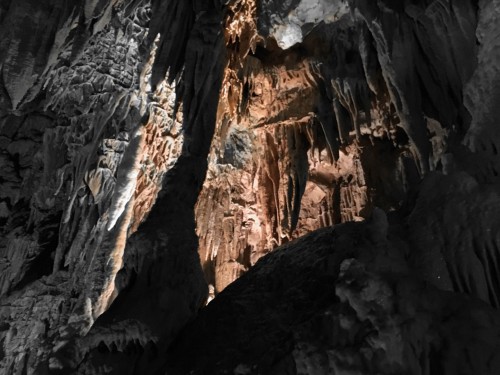 The exploration course is offered to the more adventurous guests for only an extra 200 yen.

This course forces guests to squeeze through narrow passages, duck and twist their way around low hanging rock formations, and in a couple of instances, climb steep ladders while ducking, squeezing AND twisting.

The course is exceptionally fun, and offers a few extra features, which cannot be experienced through the general course such as an underground pond, and some beautiful underground streams.

In addition, the course gives guests the chance to feel as if they are actually exploring the cave themselves because of the more challenging nature. 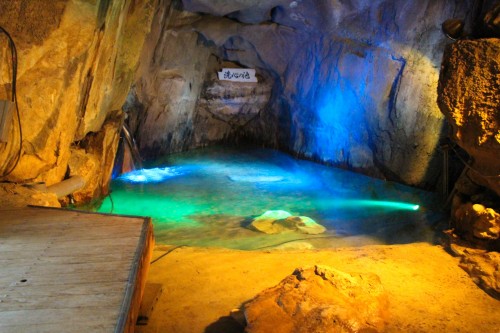 The Special Features of Abukuma Cave

Abukuma Cave is home to some unique features that are not often seen in other cave systems. Unfortunately I had some camera malfunctions and could not get very nice photos of these special features. So the following photo’s do not represent the features listed. Just one more reason for you to take a trip to Abukuma Cave yourself! 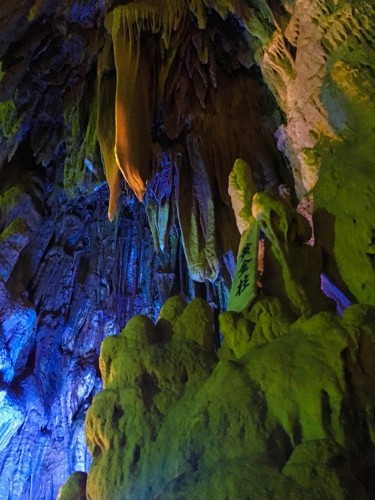 Boxwork formations are a rare cave formation. The mineral calcite forms in thin blades, which are projected out from the cave walls and ceilings. These blades form in a honeycomb or box pattern and are truly beautiful to see.

There are only two other caves in Japan, which have these features, but they are not open to the public.

This main hall is massive, and the towering canopy of the cave ceiling is lit up with alternating lights, emphasizing the size of the room. 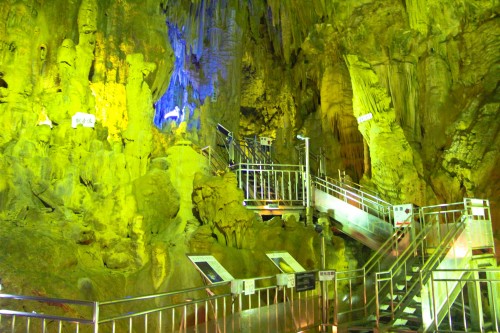 The Christmas tree and the Silver Frost are two very distinctive Speleothem (cave formations) that Abukuma Cave features.The Christmas Tree is said to be one of the largest in Asia.

The Silver Frost is quite large as well and meets with dripstones from the cave roof, which has created a very remarkable column. 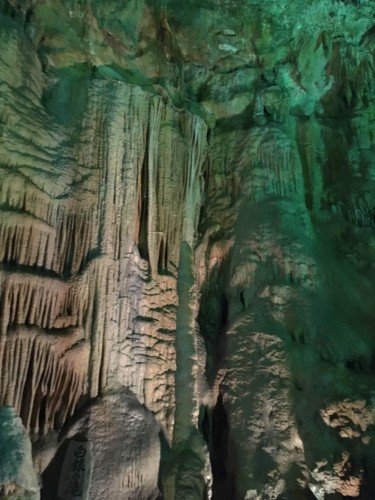 The Moon World is featured at the end of both the exploration course and the general course. Soft stage lights fade from white to red, and show the transition from dawn to dusk. It’s a very beautiful way to end the tour. 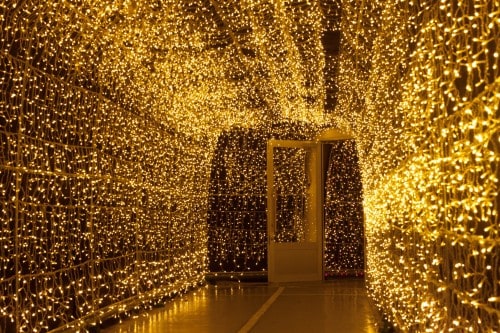 There are many souvenir shops and restaurants at Abukuma cave. And the area surrounding Abukuma Cave features an assortment of other attractions as well.You can find the Star Village Observatory where there is a Planetarium within walking distance, and a raised viewing platform from which to view the surrounding area. 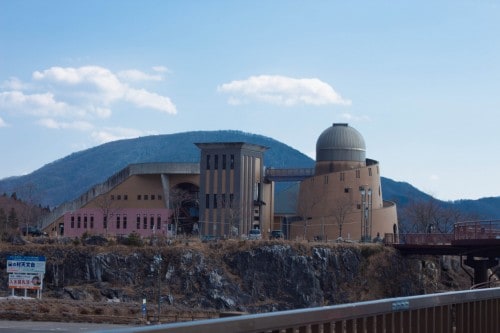 Take the JR Banetsu East Line bound for Ononiimachi to Kanmata Station. The train takes about 43 minutes, and costs 760 yen.

From Kanmata Station it’s easiest to take a taxi, about a 20-minute ride. The cost is roughly 1,200 yen.