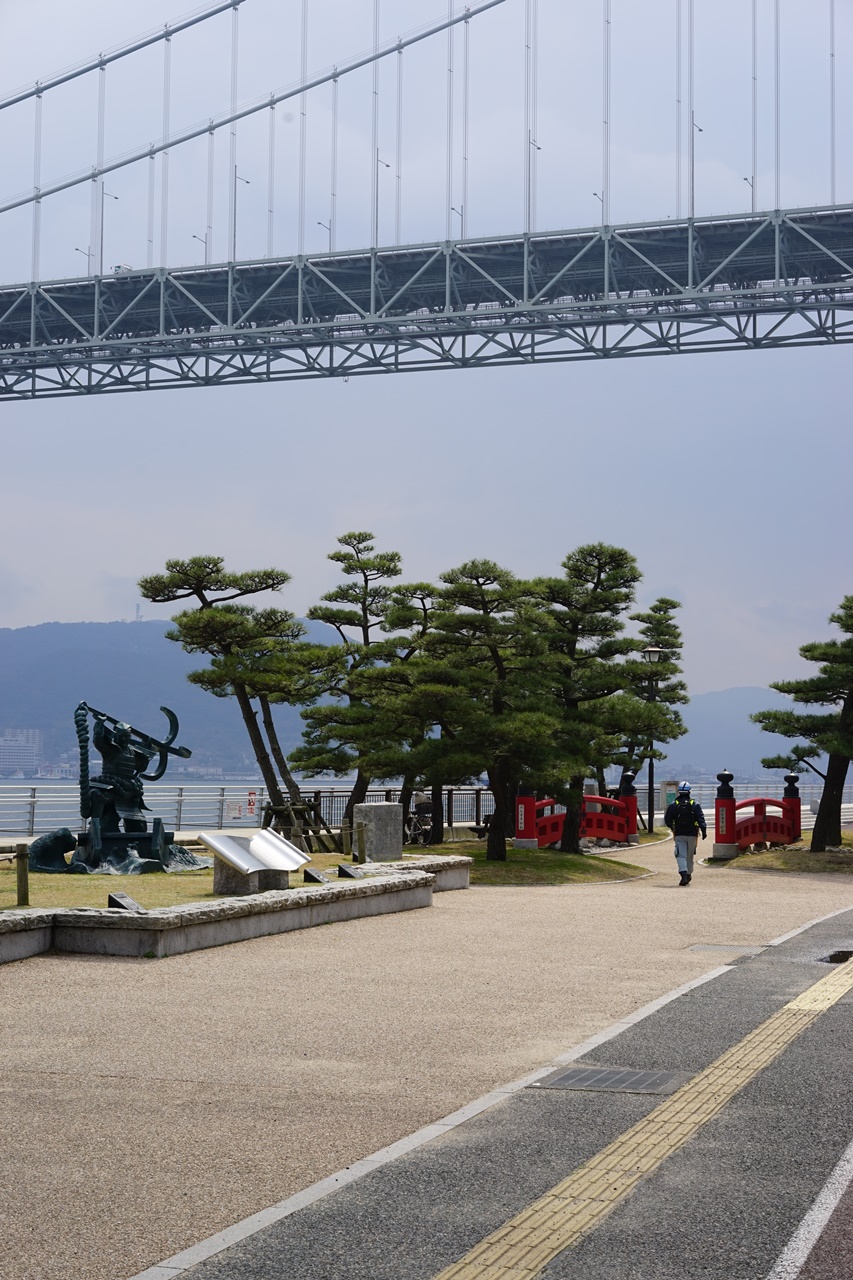 Kanmon Tunnel: A Submarine walk between Honshu and Kyushu Islands 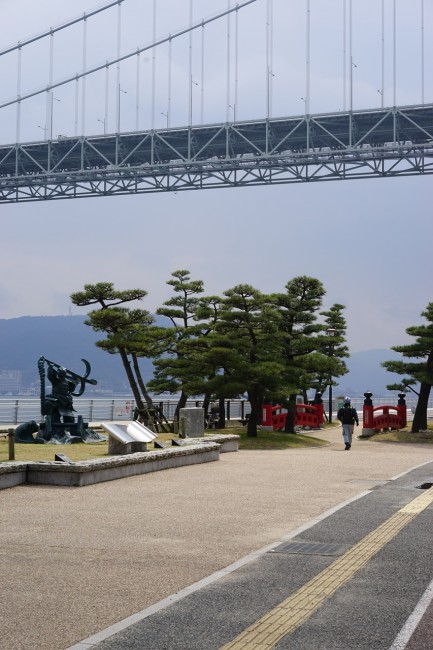 Coastal walk towards the entrance of Kanmon Tunnel 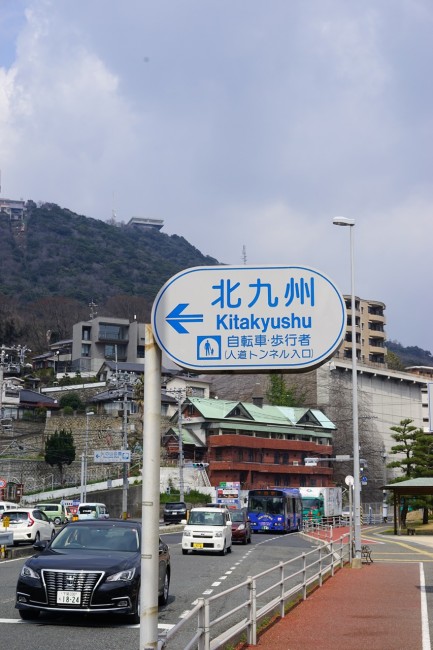 A walk under the seas of Japan is possible thanks to the Kanmon Tunnel, opened in 1958. Connecting two of Japan’s major islands, the tunnel is composed of two sections, the top section for cars and the bottom for pedestrians and bicycles. While the crossing is free of charge for pedestrians, bicycle riders are required to pay a fee of 20 yen to an unattended toll box at the tunnel entrance. This is in keeping with the impressive self-discipline of the Japanese. Cats and dogs, however, are barred from entering the pedestrian tunnel – apparently out of concern for smell. 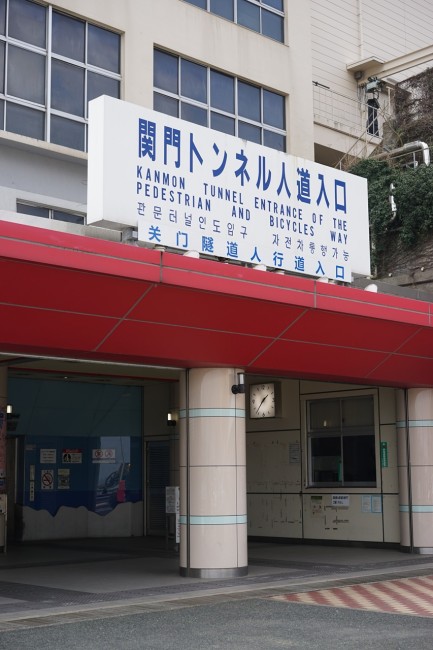 Entrance from the side of Honshu 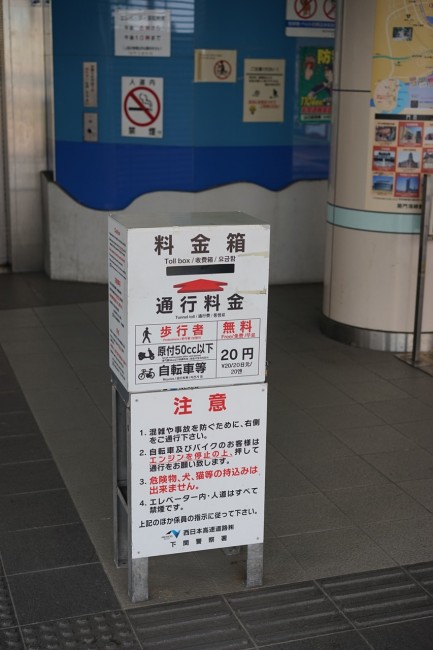 Island to island, I walked through the tunnel on a day trip visiting both Karato market in Yamaguchi prefecture and Mojiko (Moji Port) in Fukuoka prefecture. After having a filling sushi lunch at Karato market, I walked along the coastline until I reached the tunnel entrance, where an elevator took me down to around 60 meters below sea level. There, I began my rather leisurely walk through the 780-meter long tunnel.

Perhaps because it was a weekday, I spotted only a few tourists. More notable were locals in sportswear from both sides of the strait. Apparently they utilized this tunnel as a walking path or jogging lane, given it completely shields them from the sun or the rain throughout the year. It also helps that the tunnel is open for long hours, from six in the morning until ten at night. The walk was itself a breeze and it took me fewer than 15 minutes to reach the other end of the tunnel. I personally do not recommend jogging inside, as I would rather do it out in the open with an unlimited supply of fresh air. If you have a bicycle, remember to push it through the tunnel as riding is prohibited and also dangerous inside the tunnel. 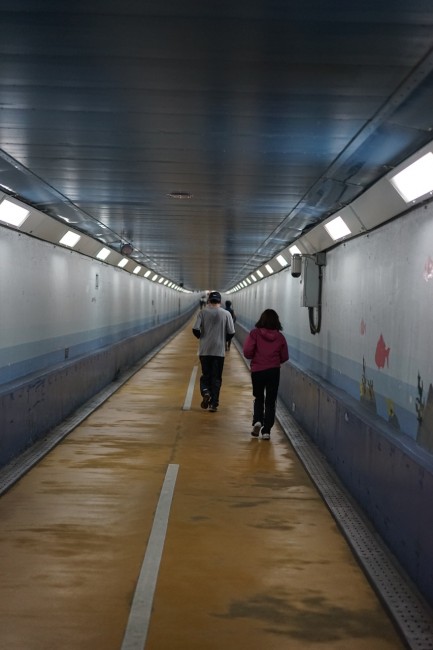 Pedestrian tunnel, used by some for jogging

As I stepped out of the elevator once again, I was back on the surface, setting foot on Kyushu’s soil. Looking across the sea back at Honshu, I could not help but feel amazed at the convenience this tunnel has brought the residents from both sides. There by the coast, I chatted with an old man, who also just emerged from the tunnel. As a resident of Kita-Kyushu, the gateway town between Kyushu and Honshu, the old man is a frequent user of the walkway for exercise. He said I was wise to have picked a weekday to cross the tunnel, as during the weekends the tunnel is more packed. While acknowledging its convenience, the old man also blamed the tunnel for Kita-Kyushu’s dwindling population, lamenting that “people just pass through our city now, without staying on.” After asking him for the directions to Moji port, I bid farewell to the old man – as well as to Honshu – as I continued my journey in Kyushu.

The total fare between Shin-Shimonoseki Station and Kanmonkaikyo Mekari station is 660 Yen.