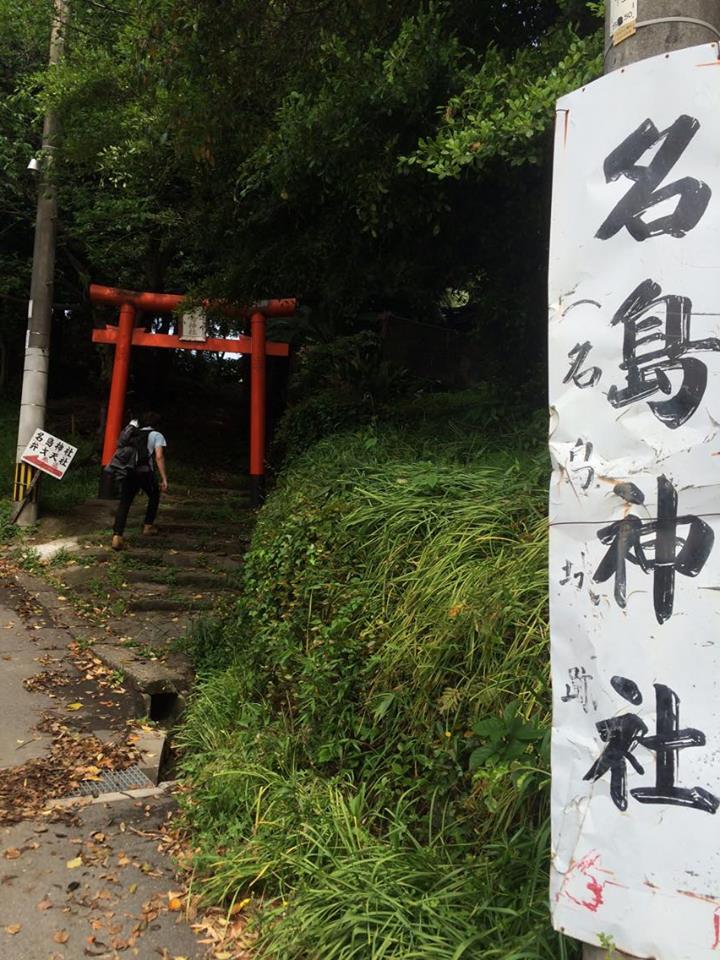 Fukuoka spreads in ten-story buildings from pricey Tenjin to the low foot of mountains far-off. Mapping the city, parks fill out the concrete. To the northwest is a patchwork of park greenery. Najima castle ruins, it’s shrine, and the Minato Hundred-year park are three of these places. 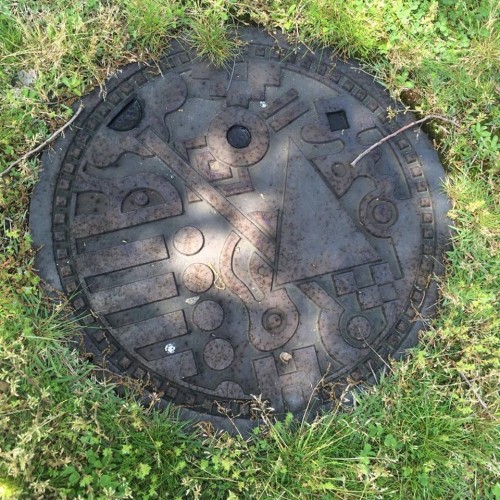 Rounding the outpouring of Takaragawa river is a parcel of land far greener than the crates and containers of surrounding Fukuoka port. In this ward of the city, a trek or pleasant bike ride from central Hakata, there once sat a castle. Now gone, the grounds are still a lordly cape of green. 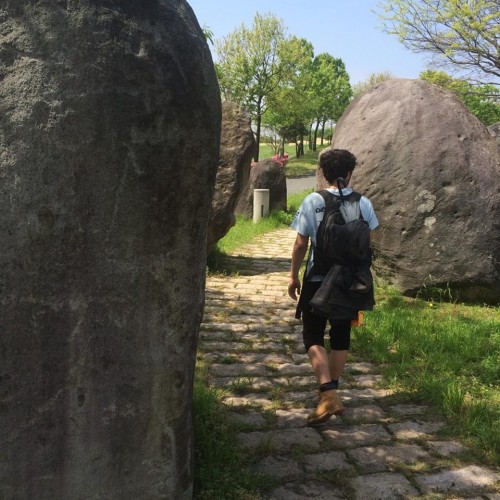 The Najima castle ruins are reached through the adjacent Najima shrine. Rowed orange torii wave into the woods, below the apex only in elevation. Markedly well contrasted over other such row examples in Fukuoka city, they square dignified shoulders by a sloped wash of green. 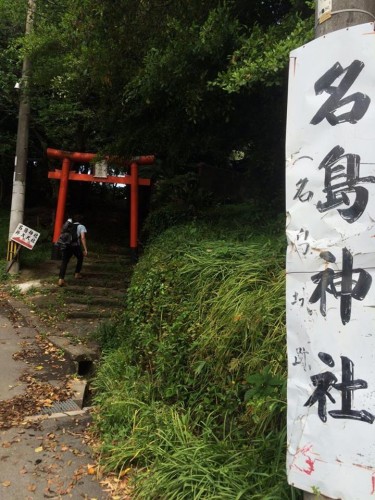 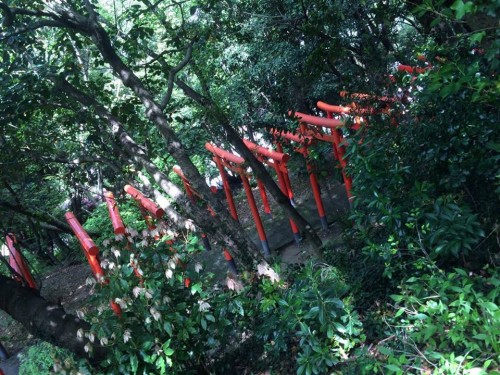 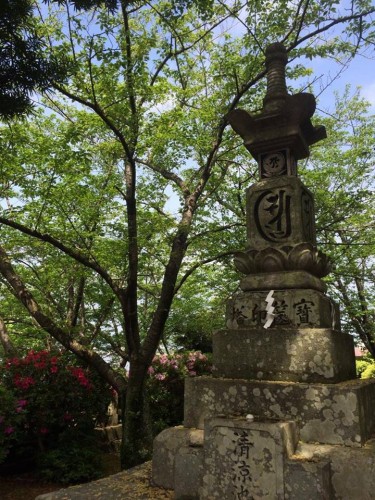 Reaching the hilltop after few steps, a quiet park covers an even square. Few benches line the park, and more stones are embedded in the ground than there are seats. It’s more a place to pass, and easy enough too with the dearth in actual castle ruins to obstruct you. No ruined battlements remained to crumble here, as the castle was moved in 1601 in pieces and reconstructed in present Hakata castle. Instead, one can feel the imprint left by the castle, its old standing set gazing upon an illustrious view of mountains and plains. Lying on the ground, you’ll seep in the sun once intended for rulers hundreds of years ago. 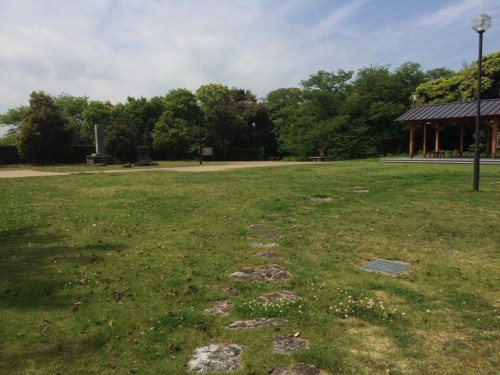 The green patch of the castle park looks out over Fukuoka. When erected, the castle had looked over green. When it was transported away, it must have conceded to the concrete of today in exchange for being a refuge for reclaimed nature. Continued human influence on Fukuoka’s alluvial plain came to include a bustling port. In turn, an area known as Mirai hundred-year park was given to the grasses the same as the neighboring Najima castle ruins. 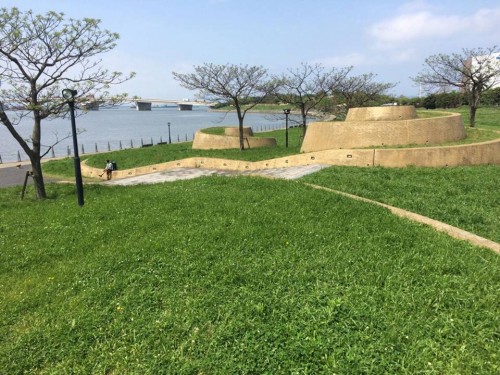 By port, containers are stacked steady in rectangular form. Minato 100 Nen Hundred Year Park’s forms opposite the river are a counter-clockwise difference. The park’s grassy field, proportioned wide and slowly geometric as the port depots, sweeps pastorally to the river. Structures the color and placement of hay bails tipped in a Seuss-like warping close to the water. 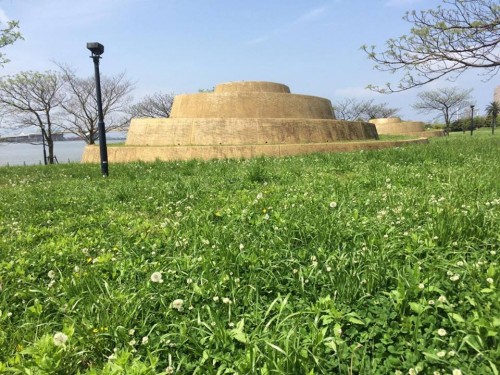 The park’s pathways slither thinly and often unseen, walking barefooted through the green. The end closest to sea has picnic benches and rock gardens, but the more attractive element are the installation pieces. Their crimped sides and cream color resemble the baumkuchen so popular in Japan, and they’re not to remain untouched in a glass display. Leading to a small dirt patch, they allow a walk to freely touched winds. 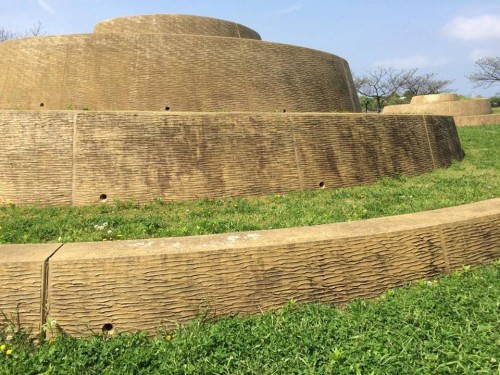 From JR Hakata Station (Fukuoka), take the local line for Mojiko and disembark at Chihaya, at 230 Yen and 9 minutes.  Walk to Nishitetsu Chihaya, and board the Nishitetsu line bound for Kaizuka. Disembark at Najima, costing 5 minutes and 150 Yen.  Walk 15-20 minutes west.