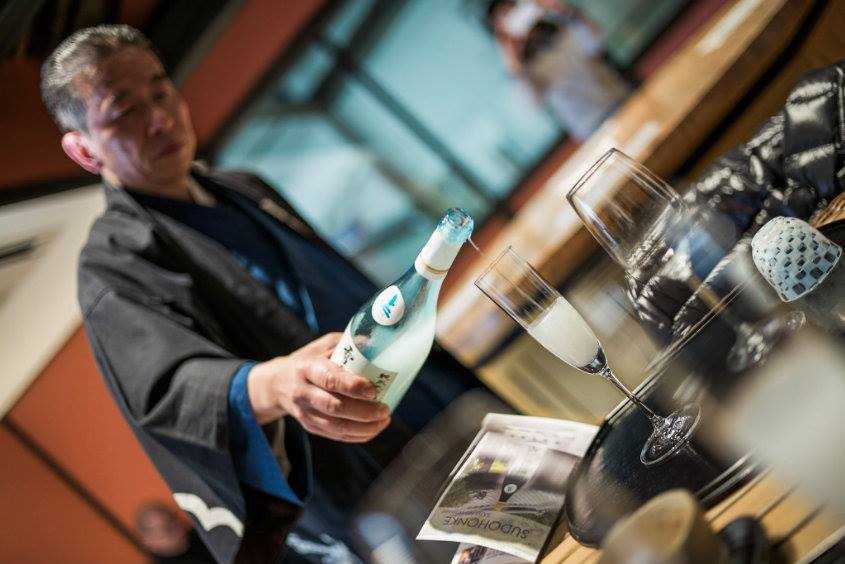 Visit One of the Oldest Sake Breweries in Japan 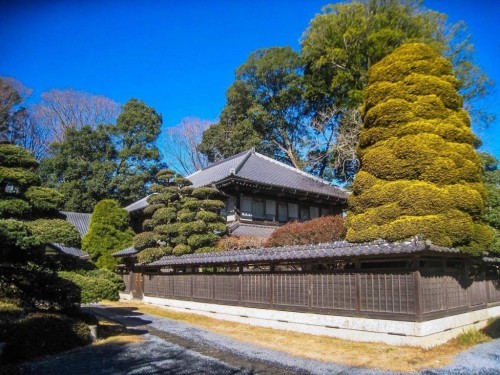 Year 1141! Since then the Sudo family had produced sake. And over the centuries, this brand has acquired the most prestige  among other sake brands in Japan. Notably, the BBC and the Financial Times have both done reports on the Sudo family. In addition, bottles of Sudohonke (the full name of the brand) are now served in the residence of the Prime Minister of Japan. Last year, this sake was even presented to guests at the G7 summit in Ise, Mie Prefecture. This is rare because, in general, only the products produced in the host prefectures are used for these summits.

The motherland of the Sudohonke sake is very far from Mié. To find it, one has to go much further to the northern part of the country, one and a half hours from Tokyo, to the prefecture of Ibaraki. This sake brewery did not move during the company’s 876-year history. “Not only had it not changed, but we wanted to use the same water,” says Omori, who guides us on our visit. 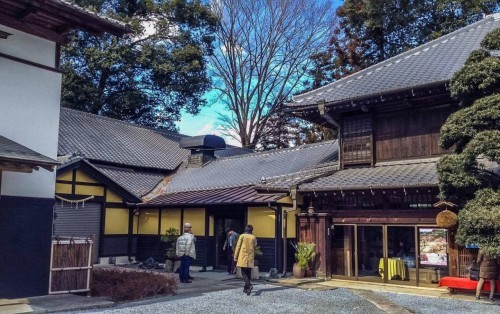 And to make this water perfect, you have to pay attention to everything. “Every tree, every flower planted near the source, influences the quality of the water.” The origin of Sudohonke is found in the mountains surrounding the village. “The water in the estate is so famous that people come from afar to get and use it for different purposes,” says Omori. 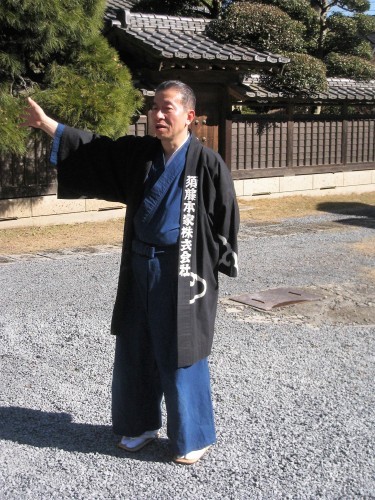 Even though water is the base of the drink, other elements play an essential role as well. “We sum up our way of seeing our profession as well: A good sake is made with good rice. A good rice grows on good soil. A good soil contains good water and good water comes from good trees. In short, in respecting the trees, sake is respected. That’s why my grandfather taught me never to cut a tree,” says Mr. Sudo.

High-end sake story from father to son for 55 generations

In 1141, it was not for commercial purposes that sake was first produced on these fertile lands. “My ancestors started to produce sake to offer to the gods. It was the tradition of bringing sake to the shrines. At the time, we were not going to pray only for the New Year like today, it was much more frequent,” says the current owner. Gradually, from the offering, the precious liquid became a product of great consumption and therefore it turned out as a family business. However, this does not prevent the persistence of spiritual heritage. A small shrine is on the property and Gen-Uemon Sudo is very attached to the bonds that unite his art and the Gods. For example, he talks about the festivals that take place all over Japan on February 4th when sake is offered to the Gods. 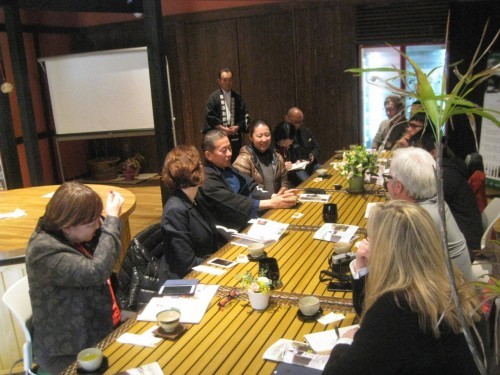 Over the centuries, 55 generations of Sudos have succeeded at the head of the company! “Being one of the oldest brands in the country is of course an honor, but it is also a responsibility. We must perpetuate this technique and use our long history in the manufacturing process,” says Sudo, who also regularly teaches his art in Mito, the largest city in the region.

A slow but inevitable evolution

This incredible seniority is not, however, a brake on evolution, assures the owner. “For us, everything is in the balance between tradition and evolution. We move slowly, but constantly. In any case, change is inevitable in our field of activity, since you can do what you want, you will never be able to produce the same sake twice. Conditions change, climate changes, and so on. So, we adapt to the change. But we see a real change only in the long term”, he adds. 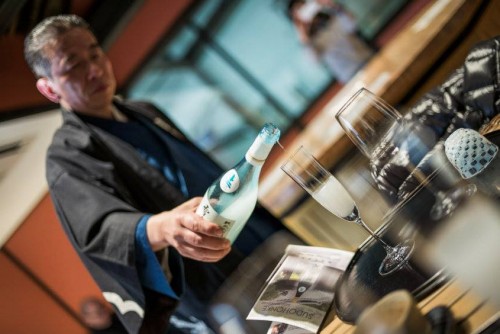 According to him, nothing can help to deal with these evolutions like experience. He cites as an example the climate change that shortens and softens winter in this region of Japan. To know when to start the brewing process, he relies on the elements. “The winds and smells in the air tell me the right time.”

If Gen-Uemon Sudo is inexhaustible on the know-how inherited from his ancestors, he does not want to talk about the evolution of sake in Japan or more global subjects: “I do not really know what our competitors are doing. I mainly concentrate on our production.” And in any case, competition does not worry him. “Other producers can come here, watch how we work, see what machines, what instruments we use. Some of them will certainly make an excellent Nihonshu (the Japanese word for describing as sake – sake simply meaning “alcohol”), but their drink will certainly be different, since there are no two sakes that are identical,” says the owner of the place, who reminds us proudly in passing that he only uses rice from his native region for production. 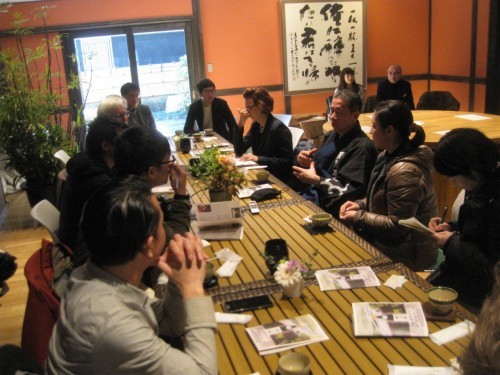 Mr. Sudo and his team always think in the long term. “We focus on quality. We know that fashion evolves, that consumers can suddenly begin to worship a certain type of product. This is dangerous because we know it does not last. That’s why we concentrate on products that we think will appeal in any mode.” 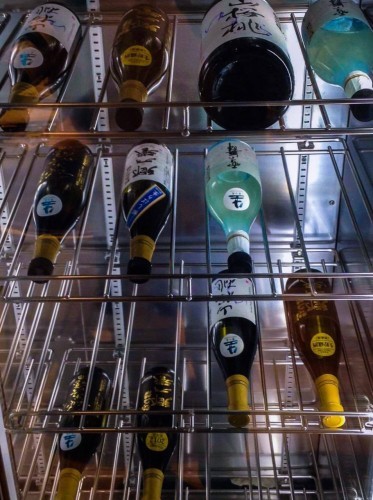 The president of the company himself explained the tasting of his products to us. On this occasion, he presented us with bottles of great value, one of which a vintage sake dating back to 1975. Some varieties of sake are very well preserved.

In the tasting room, there are awards attesting to the many prizes won over the years by the company Sudohonke. Among these awards are the prestigious gold medals in 2007 and 2008 from the International Wine Challenge (IWC).

When we asked him to define what is a good Nihonshu for him, he responds evasively, but faithfully to his image and personality: “A sake that has the taste of history and tradition.” 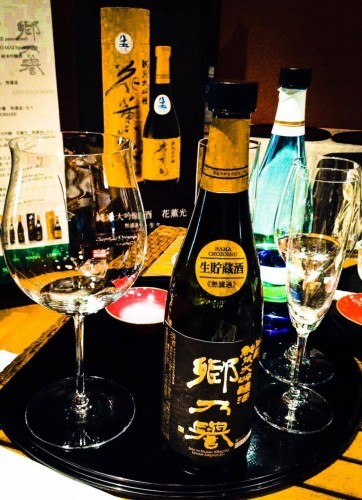