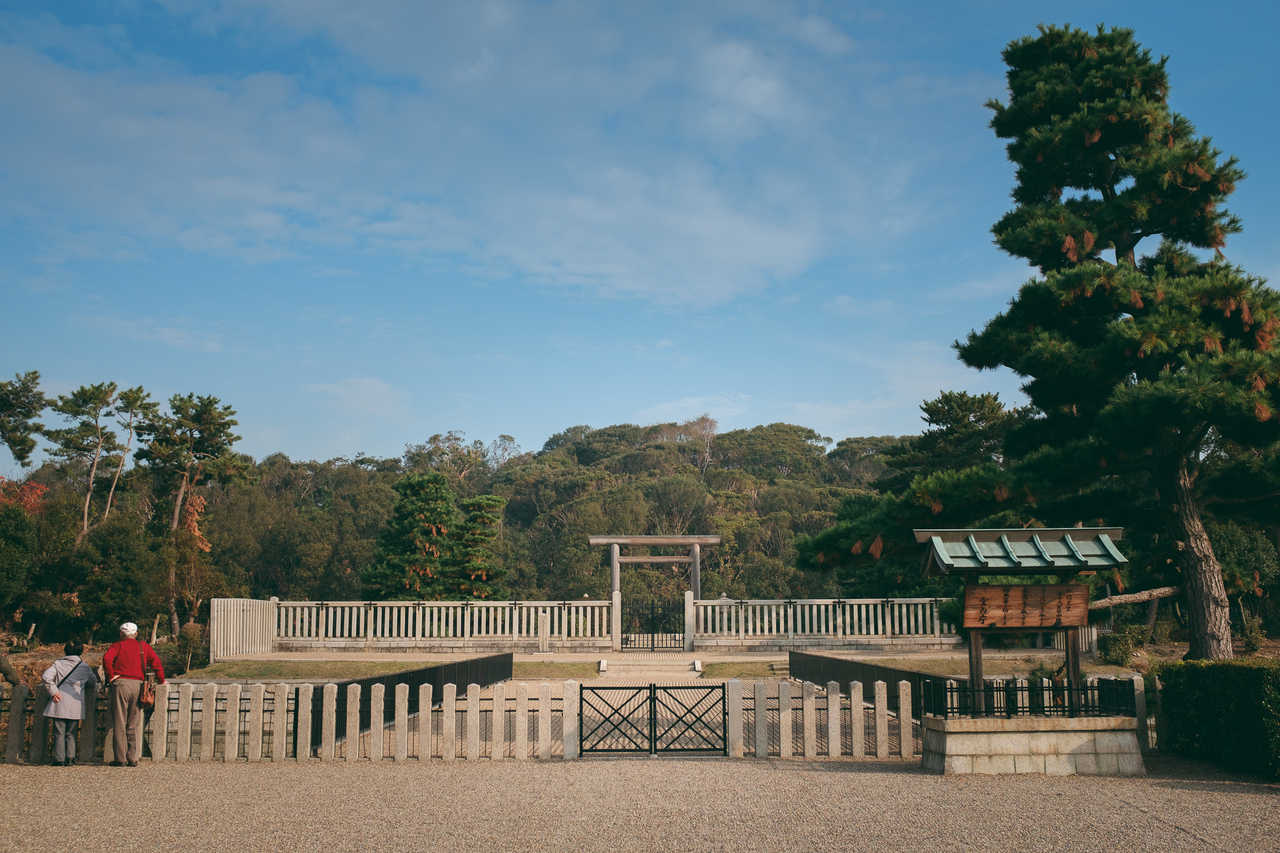 Visit the Largest Tombs of Japan in Sakai, Osaka

Japanese funeral rites have evolved over the centuries. Between the third and seventh centuries, important people were buried in huge burial sites called kofun. The simplest were round or square and only a few meters wide, while other kofun have more elaborate shapes and gigantic dimensions. The most remarkable kofun are the two found near Sakai, Osaka. They have the distinction of having the shape of a keyhole when viewed from the sky. Sakai’s kofun are two of the three largest kofuns of Japan. 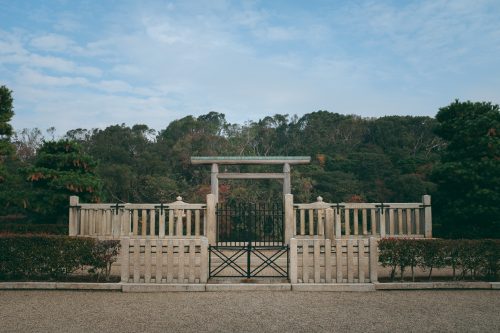 The Nintokuryo, one of the largest tombs in the world

Japan’s largest kofun is also one of the largest tombs in the world, behind the pyramid of Giza and the mausoleum of Emperor Qin. This is the tomb of Emperor Nintoku who died in 399 after ruling Japan. 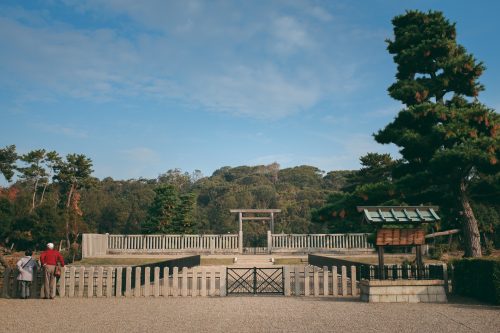 When we approach the tomb, we are unable to see its entire form. We find ourselves facing what appears to be a real wild island shrouded by forest. However, this island is entirely artificial and it took more than 15 years and up to 2,000 men working at the same time to complete this huge tomb. Including the “moat” around the perimeter, the Nintokuryo is about 320,000 m²!

From the sky, the tomb is in the shape of a perfectly symmetrical keyhole. It is very impressive to have arrived at such precision with the tools and knowledge of the time. Around the tomb of Emperor Nintoku, a dozen other small graves were built. In 1872, a collapse revealed one of these burial chambers. In it was found furniture and objects of the time, an invaluable archaeological discovery that allowed a better understanding of the Japan of this ancient period. Because the imperial kofun have never been explored, the mystery of what lies inside remains. They are in fact considered the private property of the Imperial Family, who forbids their exploration.

The kofun of Emperor Richu

Japan’s third-largest kofun is Emperor Richu’s tomb at 365m long. Built in the early fifth century, on paper this kofun is smaller in size than the tomb of Emperor Nintoku. Yet it is equally impressive once you find yourself in its presence. 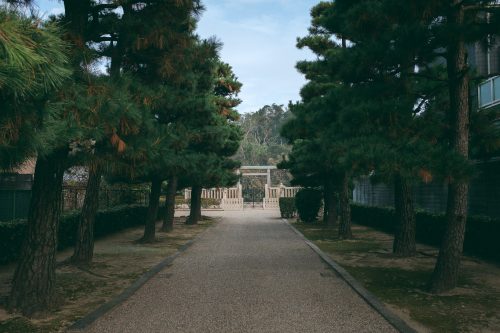 An observation point provides an overview of the kofun. If it is still difficult to see the form of a keyhole that is visible only from the sky, consider it the same feeling of facing a wild unexplored island. Built near the coast, this kofun was thought to be made to be seen from the sea. 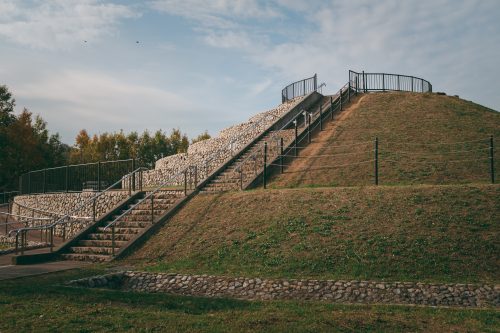 Like the Nintokuryo, a dozen satellite graves were built around the kofun of Richu. They have not weathered time well and there are only a few left. These “small” kofun have more classic round shapes.

An Aerial View of the Kofun

On the top floor of Sakai City Hall is an observatory to admire the Sakai City and its kofun of all sizes that dot the city. The access is free and the elevator will bring you to the 80m high viewing floor where you can enjoy a 360 ° view. 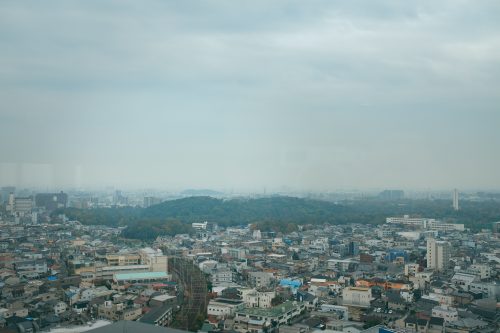 Unfortunately, even at this height, it is still difficult to see the kofun’s form. Only a true top-down view reveals the shape of a keyhole. But thanks to this panorama, you realize the historical importance of the kofun in Sakai City. These forest-covered symbols of history dot the landscape, preserved even as the modern city grows around them. 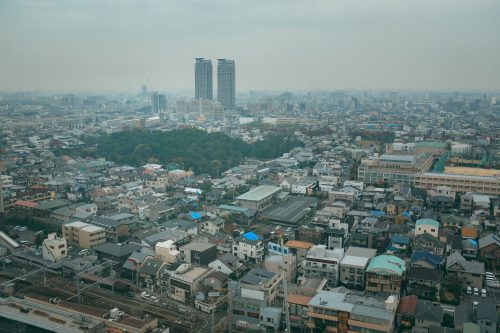 They are real artificial islands in an urban ocean that testify to the history of Japanese civilization, the tombs still holding the secrets of ancient Japanese history.