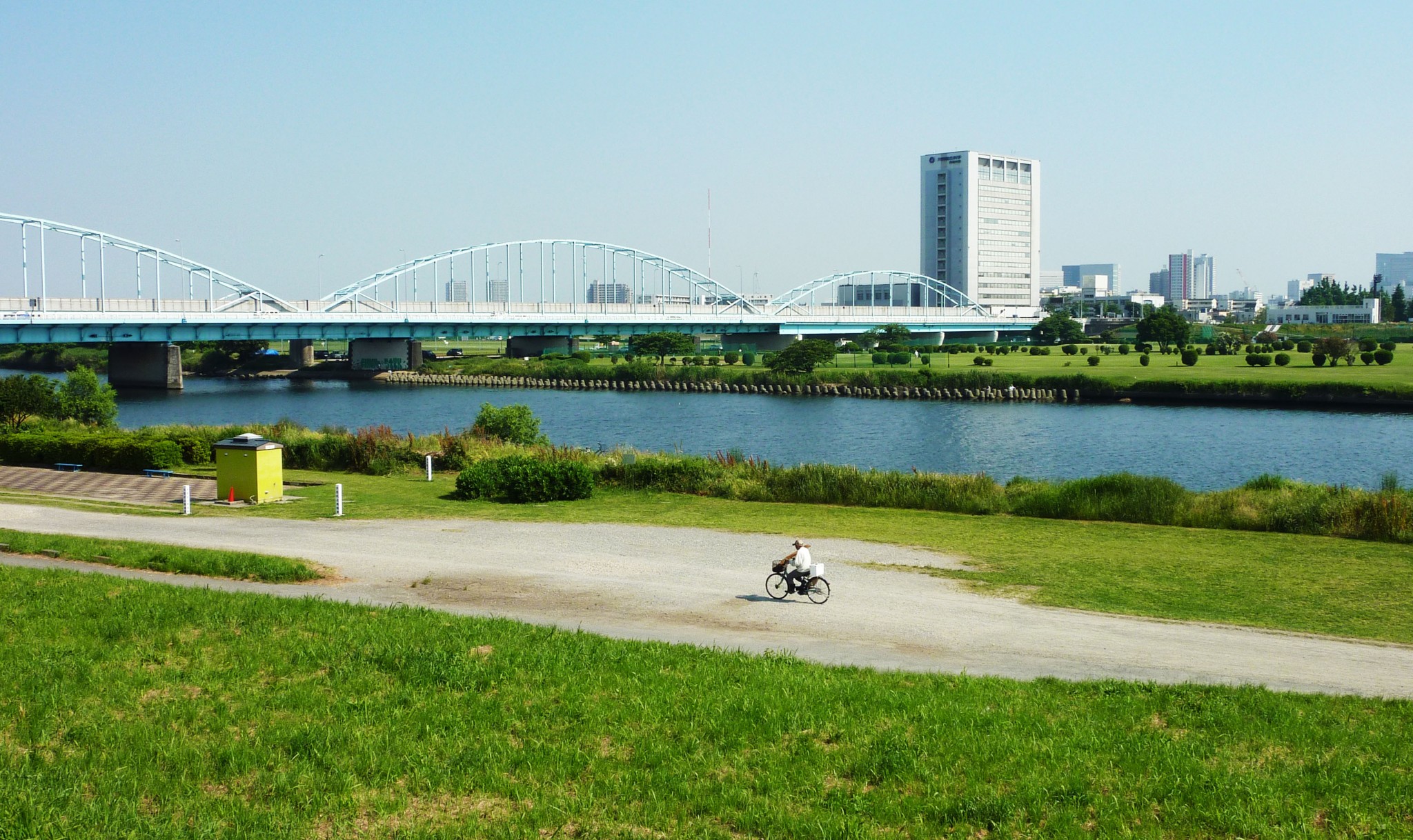 A Stroll Along the Tama River

The glittering Tamagawa river snakes 138km through cities and parks in the Kanagawa and Yamanashi prefectures. Flowing through Tokyo, it is a giant aquatic ribbon bordered by large sports fields and scenic picnic spots, making it the perfect getaway from the chaos of central Tokyo or Yokohama. 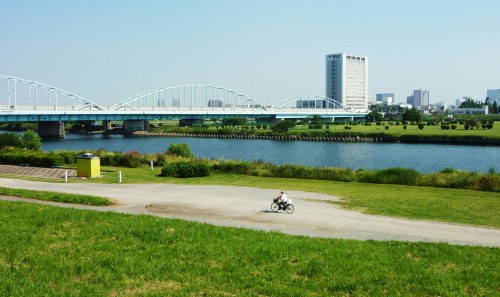 The Tama River in History

Not only is the Tamagawa river an idyllic visiting spot in modern day Japan, it also has a rich history in terms of its biodiversity. After the Second World War, urban areas surrounding the river were heavily polluted and left essentially untouched from the 1950s onwards. The river was left lifeless, worn down by a raging war, becoming an unfortunate afterthought in the rubble of an injured Japan. 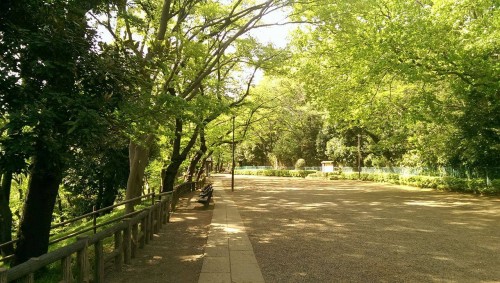 Now, however, thanks to pollution control measures and its relatively recent listing as a wildlife protection zone, the Tamagawa river is laced with carp, trout, salmon, ayu and even piranhas. Turtles and crabs, crayfish, as well as a multitude of birds like kingfishers, herons, ducks and gulls also delight in the newly clean river, leading it to be nicknamed the ‘Tamazon River’ by locals and tourists alike. Even seals have been spotted in the shallow water gently enjoying the summer sunshine!

Perhaps the best spot from which to enjoy the Tamagawa river is from the Tamagawadai Park, a 66,000 square meter expanse of benches, branches and blossoms. Unusually, the park also also contains many ancient graves dating back to the 4th century, viewable on purpose-built grassy mounds. 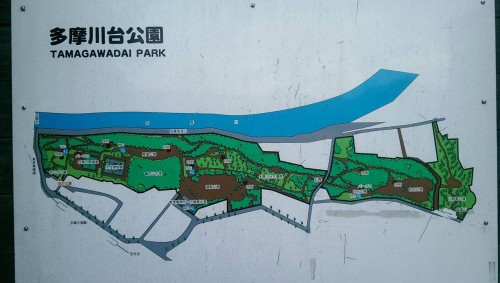 In the springtime, enjoy the hanami season under 300 cherry trees, the summer over 3,500 hydrangeas and in the later months, a view of the famous Japanese autumnal palette smeared across the densely planted trees. 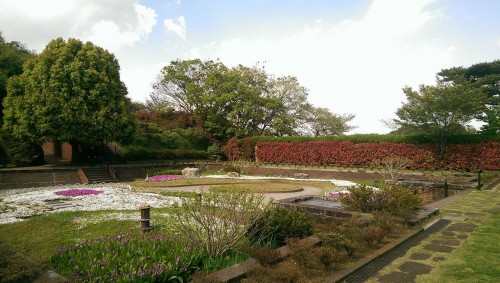 One of many gardens in Tamagawadai Park

To get to Tamagawadai Park, get off at Tamagawa Station (Tokyu Tokoyo Line TY09, Tokyu Meguro Line MG09, or Tokyu Tamagawa Line TM01), only 20 minutes from Shibuya Station. A 5 minute walk to the right of the ticket barriers, and the park is unmissable. 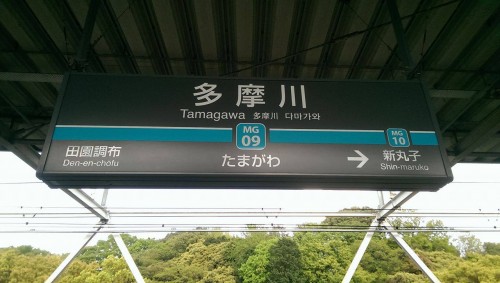 Tripping paths through dappled sunlight, large stretches of gravel and gardens carefully maintained throughout the year look out over the Tamagawa river. The park is quiet, even on the weekend, just because it is so well spaced out. Sports fields and playgrounds are laid out in a tasteful way, children giggle and dogs frolic, picnickers scatter themselves on the grass on sunny days. 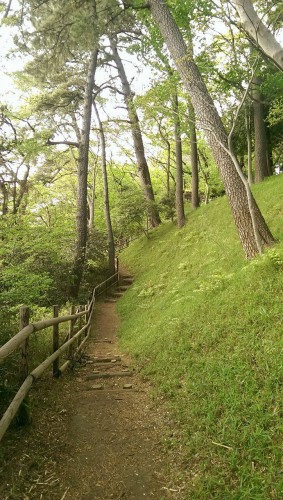 Small paths lead through trees and lawns towards the river

On the other side of the Tamagawa river you can see the big city, and large bridges and buildings folded around the river and sculpted park create an interestingly synthetic dichotomy. Do not miss this chance to get a feel of this peaceful river, a perfect example of how a desolate, war-torn force of nature can be brought back to life and become an integral part of even the most urban of cities.