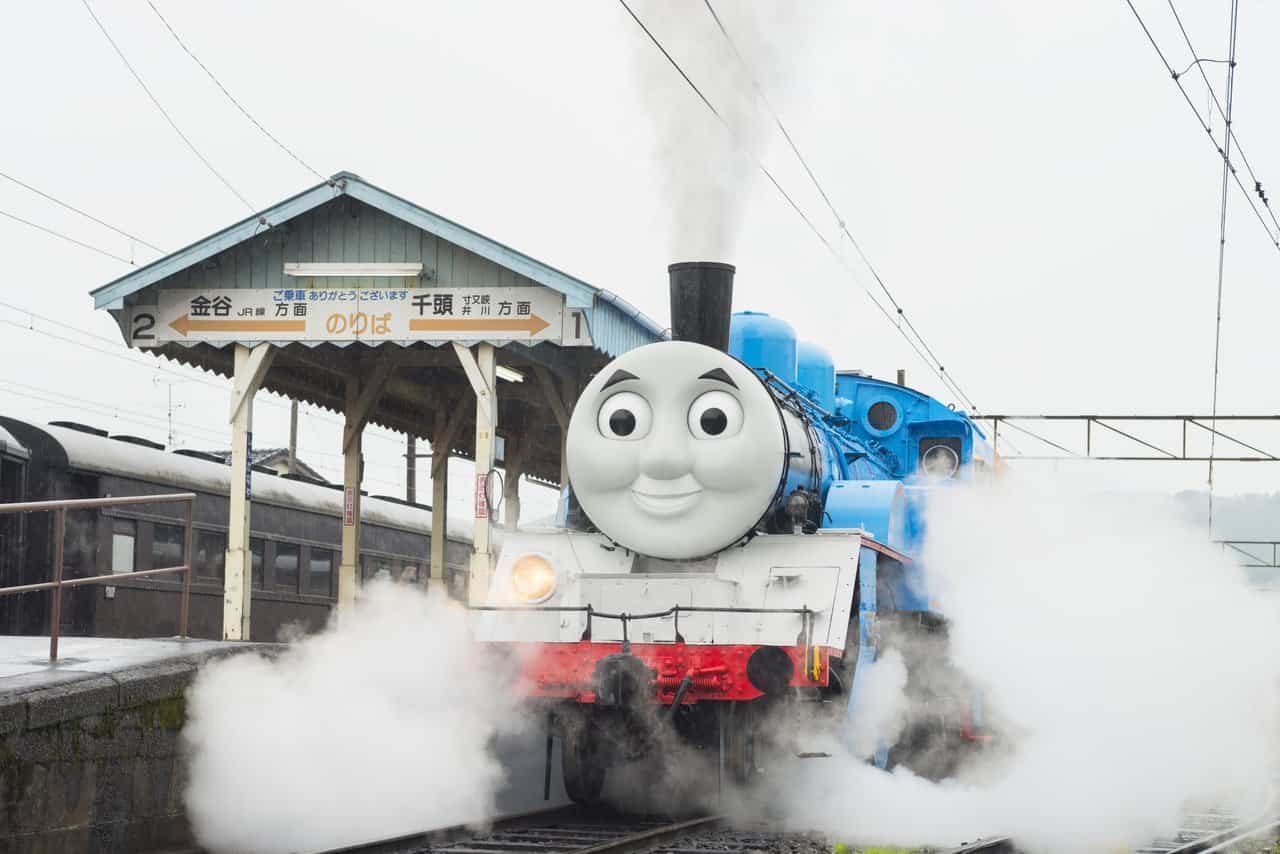 Take a Ride on Thomas the Tank Engine

Did you know that life-sized versions of Thomas the Tank Engine and James the Red Engine run in Japan? Known for Mount Fuji and its production of tea, Shizuoka is a local area in Japan full of nature. There, at Shizuoka’s Oigawa Railway, you can ride inside Thomas and his friends!

How did Thomas the Tank Engine Get So Popular in Japan?

In 2014 Thomas first began his service in Asia. Thomas’ friend James joined him in 2015. The two of them became a featured topic in the media in Japan and beyond for being so popular that they completely sold out every day. After their very successful run, people have been waiting for another opportunity to ride Thomas and James. This year, only Thomas runs during a limited period over the summer and early autumn. Let Thomas take you on an amazing trip!

The Oigawa Railway is boasted as the best railway for viewing Shizuoka’s local fields of tea. Spread before you along the wayside of the train are views of tea plantations and the stunning natural scenery. The steam locomotives run in Japan all year round, and the railway has become popular between railway enthusiasts. The locomotives travel about 65 km along the Oi River, which flows from Japan’s Southern Alps giving you a breathtaking view.
*Note that Thomas travels 37.2 km from Shin-Kanaya Station to Senzu Station.

Thomas is Fun for the Whole Family!

Last year many families from Japan brought their children to ride Thomas. Many of them were full of excitement the entire trip.

Not to mention, in addition to Thomas and James, you can take pictures with Hiro and Percy!

Enjoy a Part of Japan’s Culture, the “ekiben”!

The Thomas Lunch Box is very popular with children! It consists of fried shrimp, hamburger steak, octopus shaped sausage, fried potatoes, and rolled sushi.
*Please note that the lunch box menu and its package may have been changed from the 2015 edition.

Adults can also enjoy cuisine from Japan made from local Shizuoka ingredients.

Due to the Coronavirus pandemic, overseas visitors are not currently able to purchase tickets online. When the situation changes, we will update the information on this page.
The service generally runs from the end of June through mid-October.
Get ready to ride Thomas the Tank Engine in Japan! It is still undecided as to when reservations will open, so keep up with the latest information from the Oigawa Railway homepage .
*VOYAPON will also be updated with as much of the latest information as possible.

James the Red Engine is not running in 2020.

Under the circumstances that you’re unable to reserve a seat on Thomas, it’s still possible to catch a glimpse of him during his run. Plus, you can still meet him when he’s at the station or in the garage. If you’re ever visiting Japan, please come and see Thomas the Tank Engine in Shizuoka.