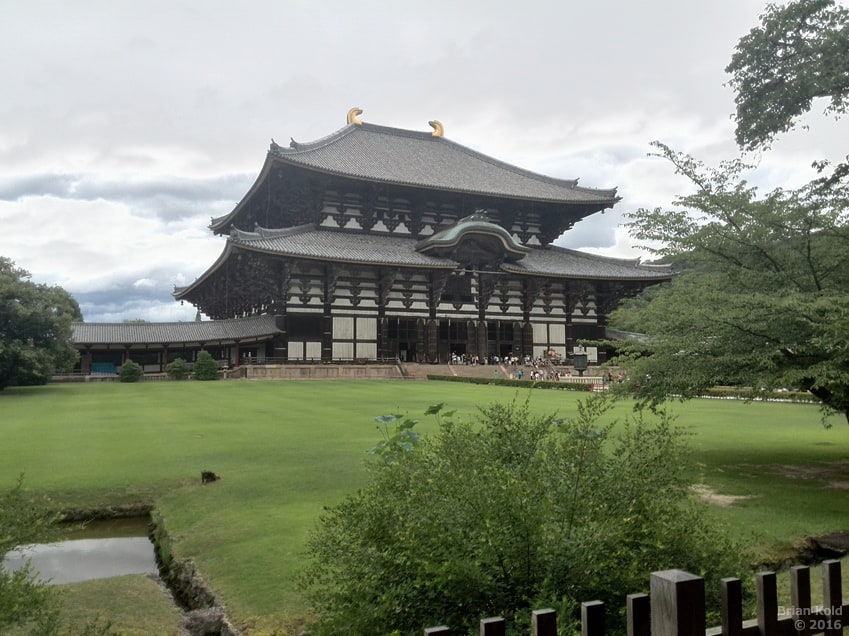 The Dwarfing Experience of Todaiji

When people think of Nara, two things generally come to mind: the deer of Nara and the Great Buddha of Todaiji Temple. For a dwarfing experience in the eyes of the physical embodiment of Japanese  Buddhist history, Todaiji Temple is a must-see for anyone visiting Nara, Japan. 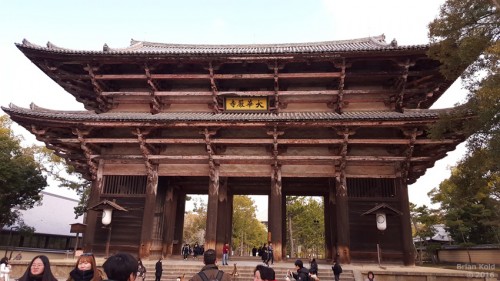 Todaiji, meaning Great Eastern Temple, was founded in 728 by Emperor Shomu (724-749) as the former head temple of Buddhist temples in Japan after a series of disasters and epidemics plagued the nation. With more and more provincial Buddhist temples being established throughout the country, Todaiji Temple quickly gained more power and began to influence domestic politics. Some even claim that in order to lower its influence the capital was moved to Nagaoka in 784. 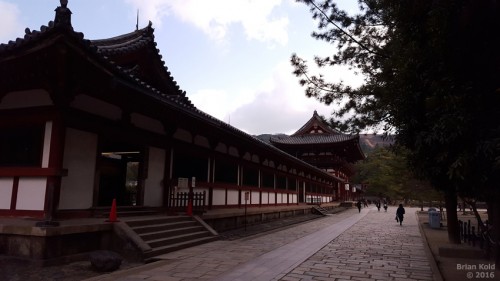 Its construction was an immense project that in fact nearly bankrupted the nation. While over 2,600,000 people contributed to its construction by giving rice, resources or providing the project with labor, a great quantity of bronze and gold had to be imported from abroad. Originally, the complex also featured two 100 meter tall pagodas, which made them some of the tallest buildings at the time, on either side of Todaiji. 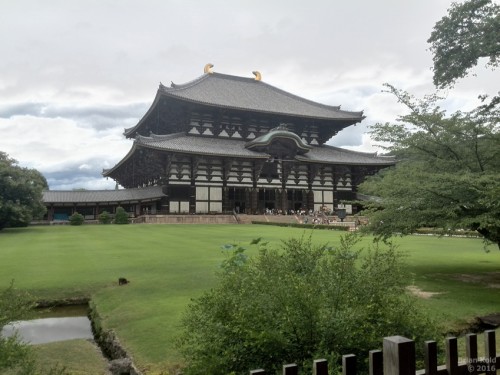 The Great Buddha, representing the celestial Buddha Vairocana who embodies the Buddhist concept of Emptiness, was completed in 751 and dedicated in 752. The dedication ceremony was not only attended by hundreds of monks but also the Imperial Family as well as ambassadors from China and India. The ceremony centered around the custom of opening the Buddha’s eyes during which a priest stood on a platform and painted the eyes with a large brush which is not housed in the Shoso-in treasury. 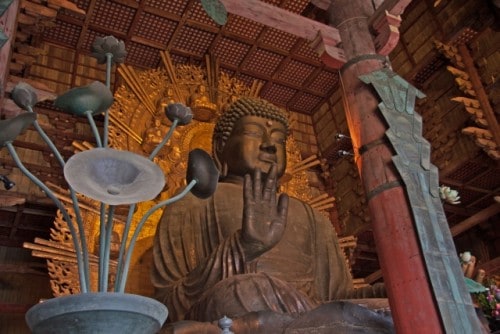 By 798 the entire complex of Todaiji was finally completed. Most of its original buildings were, however, destroyed in 1180 to be reconstructed in a style of Chinese architecture which included the addition of the guardian statues at the Nandaimon. These statues refer to the Nio, Benevolent Kings, in Buddhist lore. When the temple was damaged again in 1567, the ruling Tokugawa shogunate decided to rebuilt it in 1692. 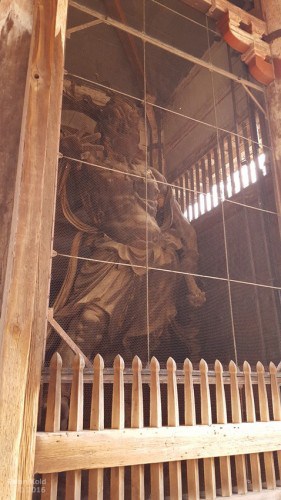 The rebuild main hall, which still stands to this day, is only two thirds of its original size it is still the largest wooden building in the world. By the time of its completion, only the Tegai Gate and the inner parts of the Hokkedo were the only remaining original buildings within the Todaiji complex. Even the Great Buddha was severely damaged several times and had therefore be recast. The colossal statue is entirely made up from copper and bronze, weighing 250 tons and standing 30 meters tall it truly is a dwarfing experience to stand before it. Outside Todaiji, next to the entrance of its museum, you can stand next to a real-life replica of its hand to get an even better impression of the statue’s sheer size. 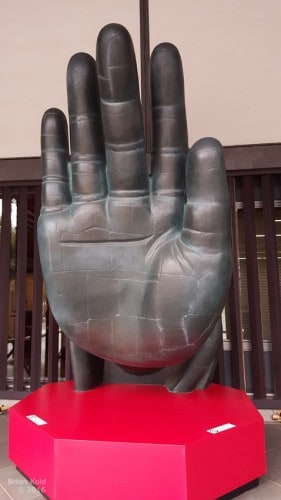 Although it is easy to be distracted by the Buddha’s massive presence, its rear support pillars are an intriguing little detail to be aware of. According to popular belief crawling through the holes at the bottom of these pillars guarantees you of a place in Heaven.