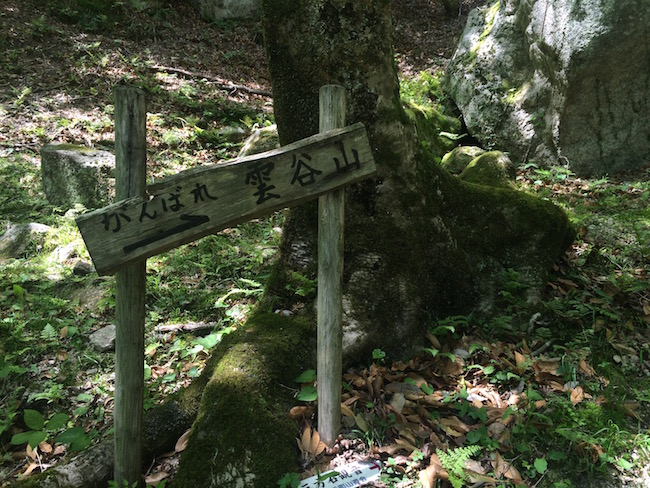 Beyond the Tall Towers: A Secret Hike in Mihama, Fukui 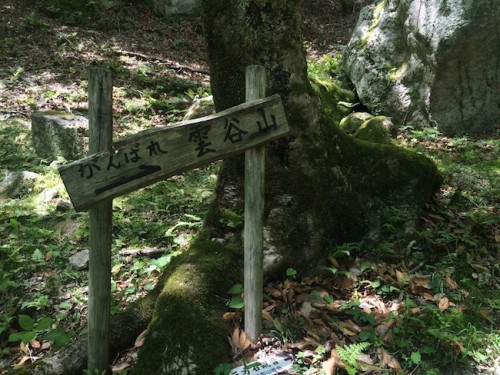 The Trail along the water stream to the Byobuga Waterfall

You would never expect there to be a beautiful hike behind an electricity plant out in the inaka. But then again, the big open sky and endless fields of rice paddies seem to hold a lot of secrets only the locals seem to know for generations. I was weary and unsure as my friend drove us past said electricity plant only to park in the grass by a wire gate surrounding a forest. But sure enough, there stood a large sign for the mysterious hike ahead: Byobu-ga-taki, the Byobuga waterfall. My friend Stefan opened the gate, we followed. Along the way the only other person we came across was an elderly Japanese man who seemed to be scavenging for wild cooking ingredients. Apparently wild wasabi plants and mushrooms are possible harvests in the woods. He beamed a smile our way, as bright as the sunlight coming in through the cracks of the tall evergreen trees. We exchanged hellos as he hummed and disappeared into the woods and we followed the trail along the water stream. 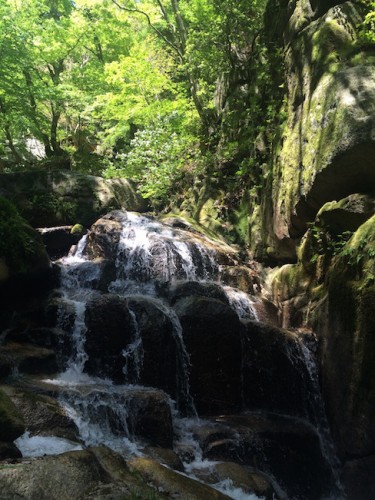 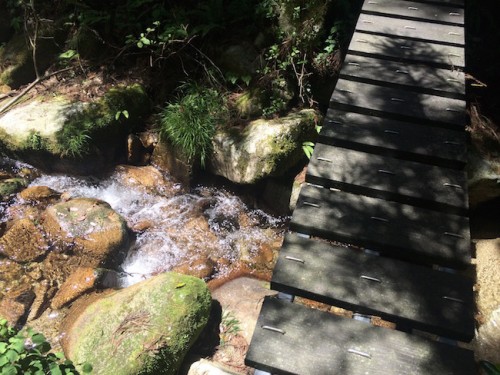 The hike is quite an easy one, but some hurdles include having to walk across log bridges with no railings, or shimmying along larger-than-life rock walls clenching onto the intact chains handles. These tiny hurdles and the 40 minute trek are worth the end, where a 20 meter waterfall awaits for some play on hot summer days or a tranquil hike for any season of the year. It’s important to pay close attention to the large rock walls coming up to the fall, as well as the rock wall behind the waterfall itself. If you look close enough, you’ll see carvings of scribbles, kanji letters, and marks left by the ancestors of the land. We later learned that the hiking area is dedicated to fallen soldiers from the past. The serene forest gives the lost soldiers and their loved ones a peaceful place to reflect, rest, and be one with the surrounding nature. 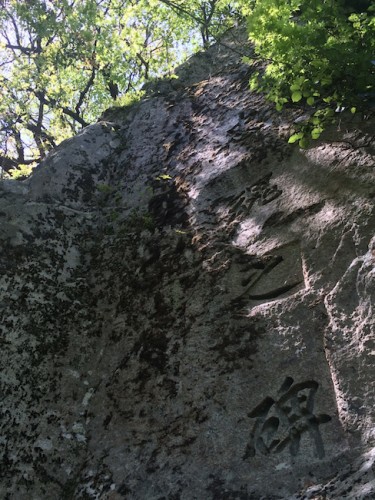 Peculiar writing carved into the surface of large rocks 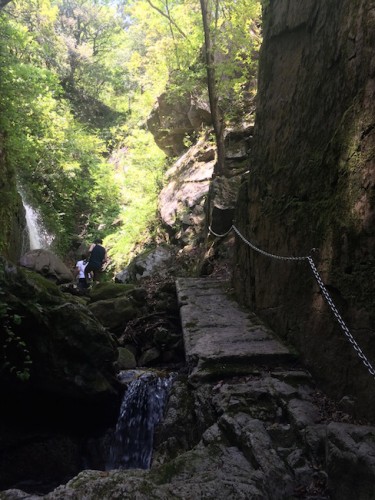 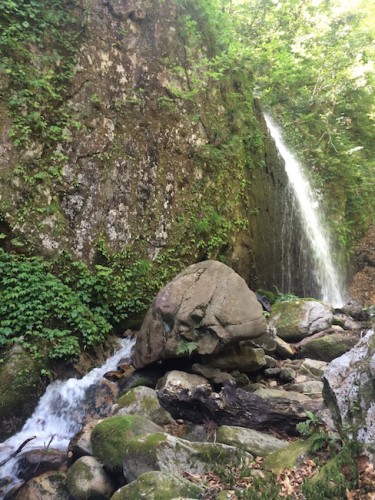 A resting area greets hikers at the end by the waterfall, where there is a gazebo to sit under or open areas to picnic. For the adventurous heart, there are large rocks to climb on top to enjoy the forest view from above, along with thick tree roots to nap on. Though the views don’t stretch above the trees, it’s still a refreshing way to feel like a bird. This is a hike for the history lovers, curious and wanting to escape into the thick woods away from the beautiful west coast’s openness, even if it’s just for an hour. 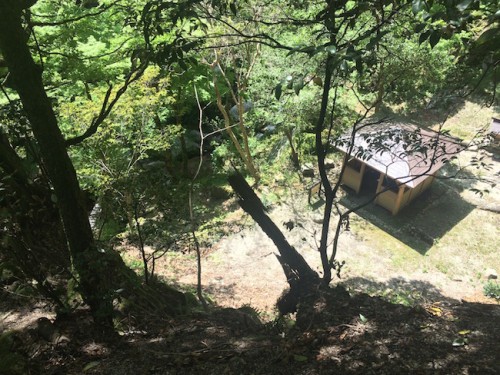 A view from above; resting, perched like a bird 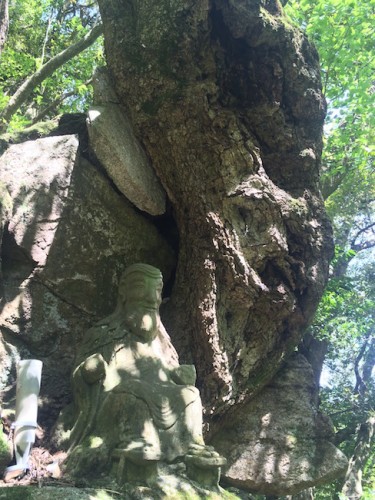 Greetings to the many protectors who reside along the trails

This hike is located in Mihama, Fukui prefecture of Japan’s Hokuriku. Follow the directions to the Mihama Nuclear Power Plant (listed below) and take the road to the top of the plant. You’ll find parking spots and a large wooded board with drawings and directions for the hike.