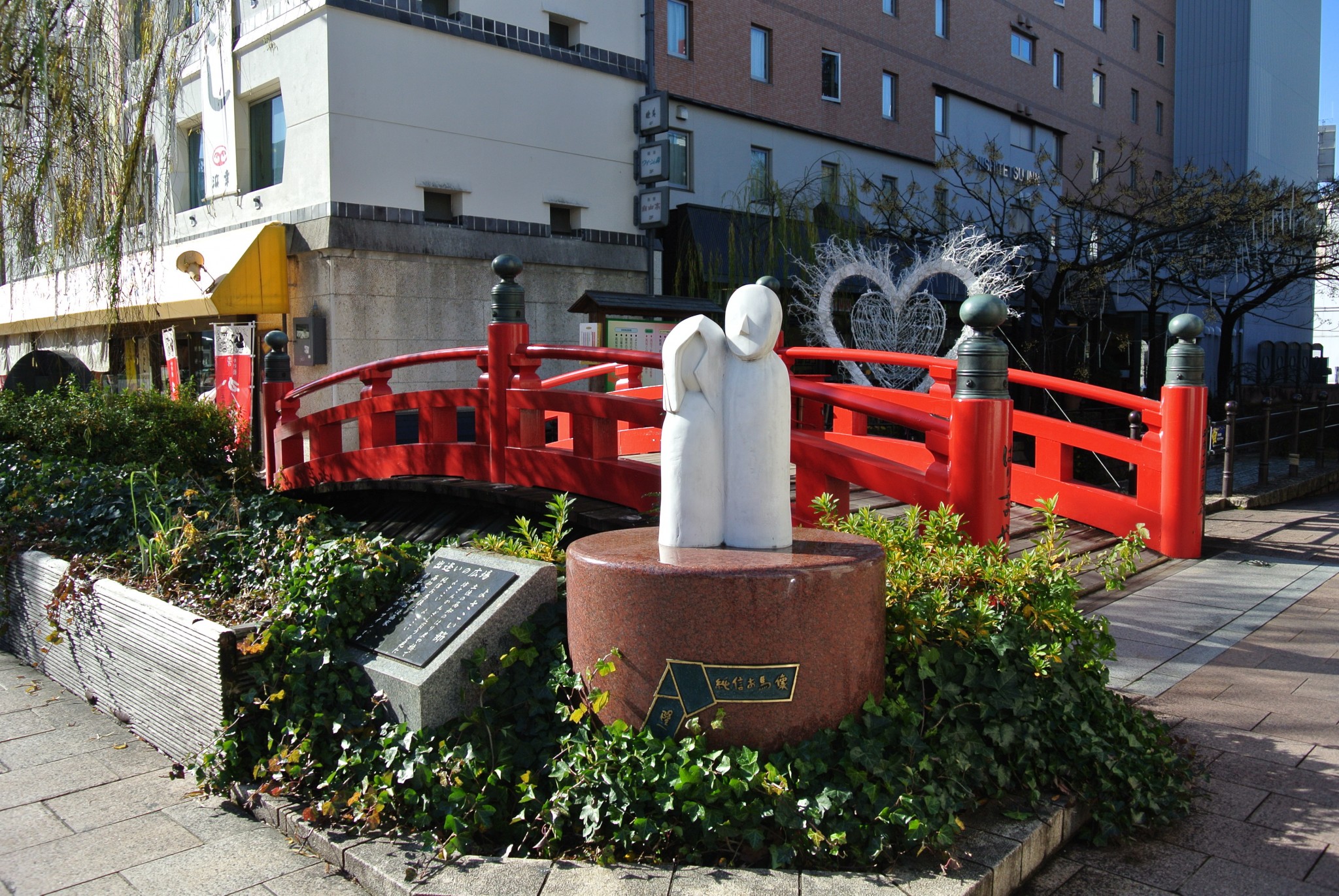 Harimayabashi, a tiny red bridge in the heart of Kochi in Shikoku, is probably the city’s most well-known and beloved landmark. Just 20 meters long and arching over a small moat, its story has become legend. 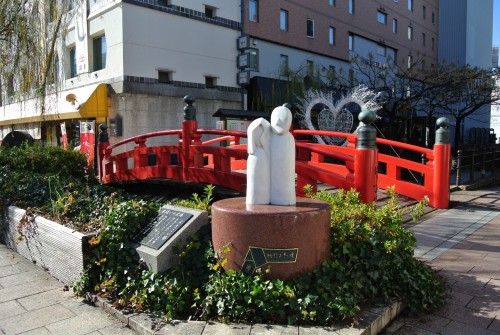 An ancient folk song tells the tale of a star-crossed love between a Buddhist monk and a merchant’s daughter:

Yosakoi, meaning “come at night”, might have been good advice for Junshin, the young monk who was buying a kanzashi hairpin for his sweetheart, Ouma, at a shop near Harimayabashi. This innocent, heartfelt act ultimately led to their discovery. At the time, in the early 19th century, monks were forbidden to fall in love. Their tragic story came to an end when, as punishment for breaking social convention, Junshin was exiled from the country and Ouma was sent to the far-off east. They would never meet again. 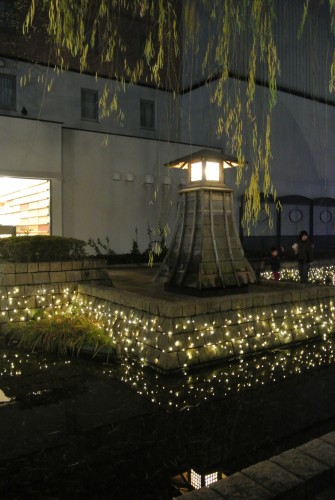 This sad yet beautiful folk tale profoundly touched the people of Kochi. So much so, it has grown to become a symbol of the area. Harimayabashi is the city’s most famous sightseeing spot, where a stone monument depicting the couple immortalizes their love story. The folk song, Yosakoi-bushi, is the anthem for the Yosakoi Matsuri, Kochi’s biggest annual event. Held every summer from August 9-12, this huge festival brings together more than 10,000 dancers to celebrate a bountiful harvest and the city’s ongoing prosperity. Teams compete at various locations around the city, wearing elaborate costumes in bright colors. No matsuri is complete without a few fireworks, and the Yosakoi festival is no exception, the first night dedicated to kicking off the festivities with a bang. 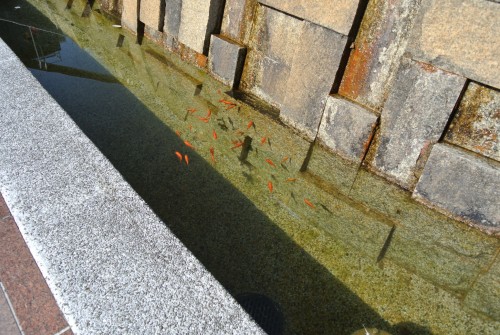 Harimayabashi itself, small and unassuming, is a pleasant, quiet spot. Just across the street, a clock announces each hour with musical chimes and mechanical figures. Around the corner, little shops sell ornaments and kanzashi hairpins, even sweets and cookies decorated with hairpin designs, usually given as omiyage, or souvenirs. 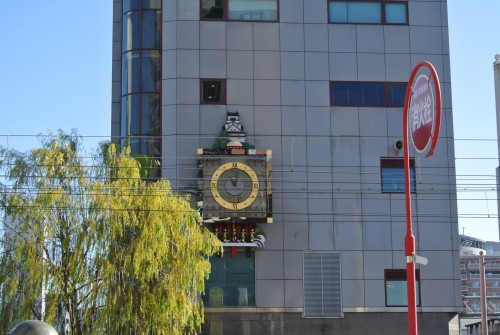 It is a testament to the warm and sentimental hearts of the people of Kochi that such a sad tale of forbidden love could become their symbol and the foundation for a joyous celebration. Through their bitter separation, a Buddhist monk and a merchant’s daughter inspire thousands to come together every year to dance and celebrate life. What could be more sweet ? 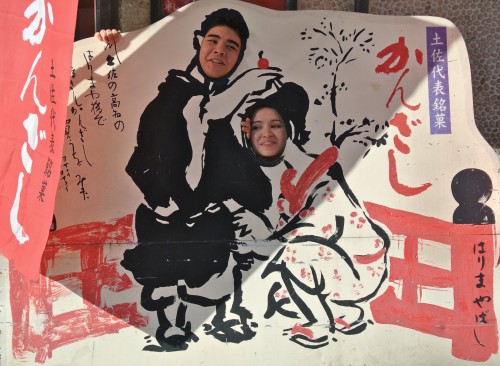