How To Say Yes And No In Japanese

When it comes to saying “yes,” the Japanese language contains a whole range of utterances. Whether or not interactions are face-to-face, the desired level of politeness, how well you know someone, and the degree of formality are important considerations while having conversations in Japanese. As for saying “no,” the word certainly exists in Japanese, but its usage is often avoided in favour of a more delicate refusal. Non-native speakers of Japanese might be left wondering how to say no without actually saying it and what these two little words, yes and no, mean for the Japanese spirit.

How Do You Say Yes In Japanese?

‘Yes’ in Japanese is はい (hai), but you often hear わかりました (wakarimashita) which literally means ‘I understand’ or ‘OK, I agree.’ However, in informal situations, it is also acceptable to say OK です (it’s OK) and, particularly amongst friends, you can utter ええ (ee).

It’s common to hear 大丈夫です (daijobu desu) as a polite way of saying ‘yes, that’s fine, no problem’ or はい、そうです (hai, sō desu) to mean ‘yes, that’s it.’ どうぞ (dōzo) is used to agree and generally make an assertion such as ‘I beg you’ or ‘go on.’

Throughout the conversation, we reassure the speaker that they have our attention and that we’ve understood by uttering そう or そうそう(sō or sōsō) at relevant times which translates as ‘yes, yes’. Informal discussions are punctuated by utterances called aizuchi (相槌), and some of the most common are うん (un) and translated as ‘yeah…’, ああ (aa) meaning something similar to ‘ah, I see…’ and えー (ee) which expresses surprise at something that the speaker has said.

In more polite or formal conversations, そうです (sō desu) is used which effectively means ‘yes, that’s it,’ as well as other indications of politeness such as そうでございます (sō de gozaimasu) which is an example of ‘sonkeigo‘, the language of respect. Surprise is a big feature of Japanese, and this is often expressed in polite ways such as そうですか (sō desu ka ?) meaning something similar to ‘ah really?’ alongside an expression of surprise.

How To (Not) Say No And Politely Refuse in Japanese

The word for ‘no’ in Japanese is いいえ (iie) or the more familiar いや (iya). But to say or hear ‘no’ is generally uncomfortable for the Japanese. A negative response is often reformulated into a negative question where the verb’s negative form is used.

To politely refuse, you can also say 結構です (kekkō desu) which means ‘no thank you,’ followed by shaking your hands in front of you in a modest way. The utterance うーん (uun, “hmm“) is a softer way to express a refusal while, softer still, ちょっと (chotto) literally means ‘a little’ and is often used to refuse something, such as an invitation. The word is said with a kind of suspense and as though the phrase hasn’t been completed, in the understanding that something would be a little difficult to do (understood to mean it would be impossible).

Refusals are often accompanied by one of the most used phrases in Japan: すみません (sumimasen), which means ‘excuse me…’ or ‘sorry.’ The strongest refusal of them all is すみません、ちょっとできません (sumimasen, chotto dekimasen) which means ‘I really cannot do it at this moment in time’ as well as だめです (dame desu) to mean ‘it’s not possible’ or ‘it’s forbidden’ followed by a crossing of the arms with pointed fingers.

In the world of work, various phrases are ingrained with meaning and hark to the codes of politeness in Japanese society. Some indicate that something is delicate 難しいですね (muzukashī desu ne) or complicated, followed by a blank facial expression. Other responses indicate that it is necessary to think about or study the question alongside expressions such as 考えておきます(kangaete okimasu) meaning ‘I will think about it,’ 検討します (kentō shimasu) or 努力してみます (doryoku shite mimasu), the latter of which means ‘I will do my best.’ This can be used with your superiors or perhaps a third person that is not involved in the conversation. In referring to an external element that is outside the current situation, politeness must be adopted to signify that they are independent.

A refusal can be accompanied by physical gestures, such as moving the hand from left to right at the same level as the face. As a refusal, the use of the hands can indicate embarrassment, such as putting the hands behind the head, showing an apologetic expression or shaking hands from side to side.

Why Do The Japanese Never Say No?

In reality, the Japanese never truly say no, or instead, they say it without really saying it. The objective is to maintain harmony in a situation by not expressing yourself too directly to avoid offending or upsetting the speaker. As is the case in many Asian countries, direct refusal is regarded as socially unacceptable.

Thankfully, the meaning of these codes of communication and the reliance on context is understood by everyone. Conforming to each code paves the way for mutual understanding and social harmony.

When it comes to refusing something, the response might seem ambiguous. The Japanese will often employ stylistic techniques in order to change the subject, avoid the issue completely, shy away from answering or gently close the discussion.

In Japanese, the word ‘yes’ is accompanied by a range of utterances and politeness strategies, but it is considered too direct and socially unacceptable to say when it comes to’ no’. Various euphemisms and polite phrases are utilised to avoid saying ‘no’ directly. Therefore, the response is expressed by words and by considering the context of the conversation. It’s all a question of knowing how to communicate in the culture and gaining the skills to read between the lines. 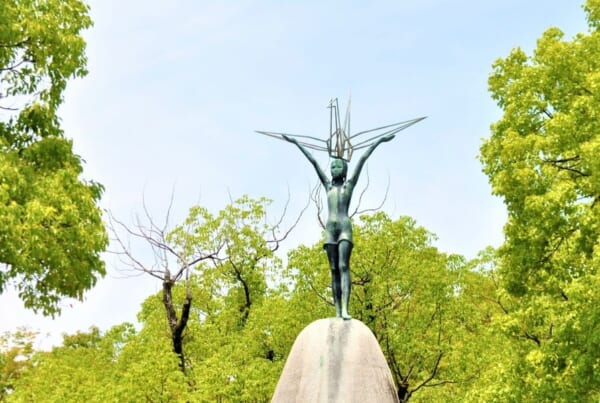