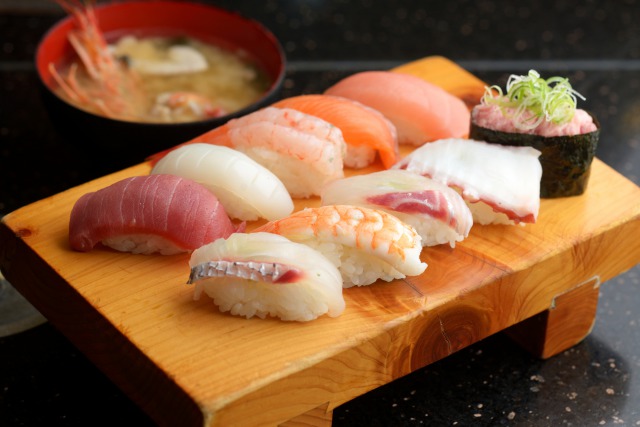 Japanese food is known to excite the palates of many visitors to the Japanese archipelago. While it’s good to depart from the usual fare in your own country and shake up your diet while you’re in Japan, it’s not always a comfortable situation if you have no idea what Japanese cuisine consists of. It’s not just Sushi! Today, I’ll try to expand your knowledge about what Japanese people eat, what you can get, and what parts of that culinary art (because that’s what it is) which you’ll definitely enjoy.

Let’s start with the basics of any food recipe in Japan: rice. American or European cultures use corn, potatoes, or bread as a side dish for any food prepared with a nutritious base. But in this country and almost every part of Asia, rice is an omnipresent staple. There are many different kinds of grains, which you can get with a little bit of peel on them (which contains a lot of vitamins and other cultures usually discard completely). Another difference is that rice is usually steamed and not boiled, unlike other places.

Vegetables, Another Fundamental Park of the Japanese Food

Vegetables are a fundamental part of the Japanese food, as it contributes to a nutritious diet. Due to globalization, you’ll be able to find a great variety of salads in almost every place, using the same vegetables you can find in your own country. As I mentioned before, steaming is a popular technique in Japanese cuisine, which helps retain the vegetables’ flavors. Japanese cuisine also avoids the use of excess salt, making it a healthier dish.

Another delicious option is vegetable tempura. Tempura is made by coating various food with eggs and fine flour and then deep-fried in oil. Another popular deep-fried item is the korokke, a relative of the croquette. Deep-fried mashed potatoes are bound to please any palate!

Meat, the Star of Japanese Food

Meats are the stars of Japanese cuisine. This is not because of the quantity they are consumed in, but because of its quality and great taste. Lamb and beef aren’t consumed as much in comparison to chicken, pork, or seafood (fish, shrimps, algae, etc). Almost anyone who travels to Japan and plans to visit Kobe will plan to try its famous Kobe Beef, which has a texture without nerves and a fine veining of fat that melts when you cook them, adding an incomparable taste to the meat. But I must admit that there are special cuts of meat in other cities that lack recognition but are also of excellent quality.

Finally, an item on the Japanese menu chosen by a lot of foreigners is tonkatsu: a one-centimeter wide pork chop, turned over and fried. This delicacy is similar to the German Schnitzel.

If you love fish, you have to know that fish is deeply rooted in Japanese cuisine since Japan is an archipelago. While raw fish takes on a vital role, cooked, fried, served in soup, and grilled fish are also options for those who don’t like to eat raw seafood.

Another important element of the cuisine is noodles. Generally, you’ll find them offered in many restaurants from every city. Every region and establishment takes pride in presenting it with different recipes and textures that vary from chef to chef. Something that we are not used to is cold noodles. But if you feel ready for the experience, you can’t ignore soba: fine buckwheat noodles served cold with sauce or soup. These same noodles can also be mixed with eggs, vegetables, pork strips and then cooked over a hot plate, resulting in yakisoba (fried soba). Yakisoba is covered with special sauce and Japanese mayonnaise, making it a little bit sweeter than usual.

It’s worth noting that due to the influence of international cuisine, you’ll find restaurants that offer occidental food in almost all of Japan, but with a local touch. Spaghetti, burgers, pizzas, tacos, curry, etc. These are just some of the available options. You could also eat at an Italian, French, Spanish, Indian, or Middle Eastern establishment.

Desserts in Japan are not as sweet as what you are accustomed to. They use less sugar and butter, and chocolate is often replaced by a sweetened black bean paste, called anko. Speaking of reversing dishes from other countries, it’s almost mandatory to try the French candies and cakes made in Japan. They are simply amazing.

I hope that before you read this if you thought you wouldn’t be able to find food to your liking in Japan, that now you realize that these examples are only but a few of a great variety you’ll find when enjoying Japanese cuisine. Maybe sometimes you might see something in some display and you don’t what’s that about… But it doesn’t matter! It’s time to try new things, you are in the right place!