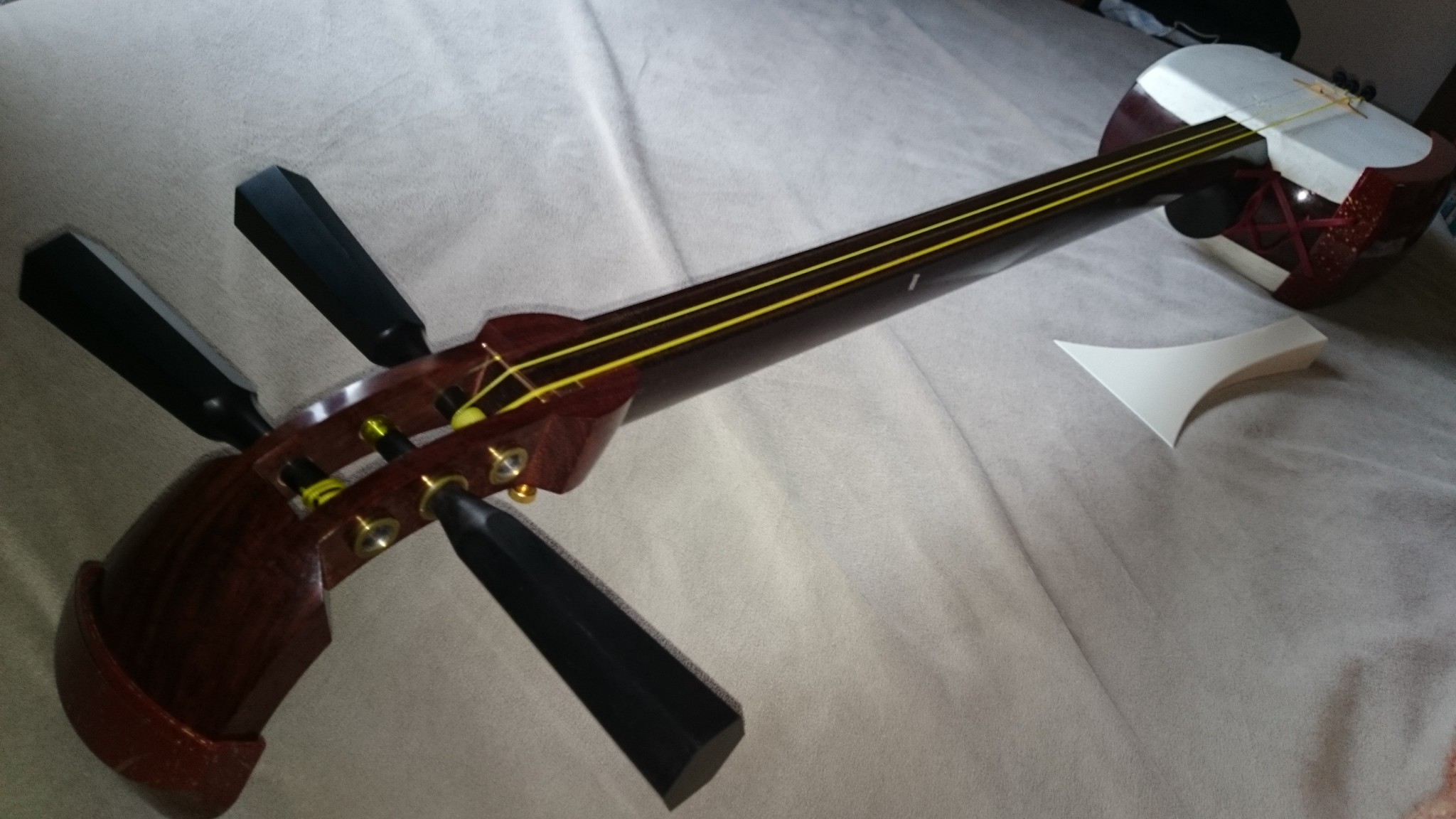 Japanese Traditional Music and its Instruments

The Folk Music of Japan

Japanese folk music has long fascinated me. It was through music that I first took an interest in Japanese culture, which inevitably lead into a much broader interest in Japan (somehow, I now find myself speaking the language and living in the country…). Like various other elements of its culture, music also has a long history within Japanese culture. Unfortunately though, after reading this article you will know more about it than the average Japanese high school student does. With the westernization of the country, most kids are more interested in an instrument like the guitar than the shamisen, the jazz flute than the shakuhachi, the rock and roll drum kit over taiko and …something else besides a koto. 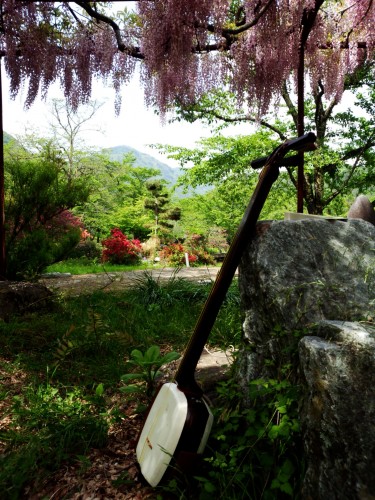 So what were those instruments I just name dropped? First let’s look at the shamisen (三味線). The shamisen is a three stringed banjo like instrument. Its kanji (Chinese characters) can be literally translated into “three flavor roads”, which I guess means there are three strings each tuned differently. The instrument is characterized by its buzzing sound and the loud sound from the body when it is played.

The shamisen comes in three main varieties. Each type has a role for which it best suited, but with enough of a punk rock mentality any song can be played on any type.

The original shamisen type is known as Nagauta or Hosozao. It has a very thin neck and is mostly used by Geisha and in Kabuki performances. It is the most elegant of the types of shamisen. Then we have a chuzao shamisen. The neck is a bit thicker and it can hit higher registers. It was favored for folk songs and street performance. Finally, we have the Tsugaru-jamisen. This type of shamisen is the most modern and popular, and was originally devised as a much louder and different style compared to the traditional methods. It was (probably) pioneered by the blind performer Nitabō in the 1870’s, but due to its non-conformist nature of origin, clear records are not available.

A Nagauta in action, performing the song “Genroku Hanami Odori”.

A Tsugaru in action, performing the song “Jonkara Bushi”.

But it’s not all old pieces. For example,  Hiromitsu Agatsuma is famous for being a little more modern too. Here is a Tsugaru in action, performing the song “Beat it” by Michael Jackson.

There is an anime called “Nitaboh” which has an excellent ending performance. A quick YouTube search should let you find it. Whilst the records are not accurate enough for this to serve as a documentary per say, this interesting anime gives a story about the history of Tsugaru-shamisen. If you enjoy anime give it a watch.

Did the videos pique your interest? Here are some great artists that I recommend.

Want to try playing the tsugaru shamisen? You are in luck! A fantastic English speaking community exists that makes getting into the art very painless (except for your pinky finger, but you will find out more about that once you start playing).

The shakuhachi (尺八) instrument is a very mysterious sounding flute, with long aristocratic origins. The kanji translates to “measure eight”… and I can’t fathom why that is. 尺 is a unit of measure (like cm), so its probably to do with it’s size. It is a very expensive instrument, made from real bamboo. Its great cost comes from the fact that it can’t be mass produced, because not any piece of bamboo will do. The craftsman on this Japanese instrument has to painstakingly find a natural piece that is of suitable shape.

The shakuhachi has a mysterious sound which is backed by its mysterious history. Originally played exclusively by the Fuke sect of Buddhism in Japan, because it was banned from being played by anyone else. The Fuke monks where the only ones permitted to travel freely around Japan at the time, and the shogun often disguised his spies as them. If a monk was suspected of being a spy, he would need to play a very challenging piece to prove his authenticity! Talk about performance pressure.

After the fall of the shogun in Japan in 1868, the instrument was actually completely forbidden. It took a slow few years before playing the instrument was once again permitted, but many of the great pieces were lost to history with no one to pass them down.

A rendition by Riley Lee of the piece San-an.

If you are interested in learning more about shakuhachi or even playing, the International Shakuhachi Society can be very informative. But be aware as it is an extremely difficult instrument!

The most well known of the Japanese traditional instruments is the taiko drum. It is still very popular and can be seen at festivals in and outside of Japan. In Japanese “taiko” actually just means drum, but in English the same word usually refers to the distinct Japanese type. 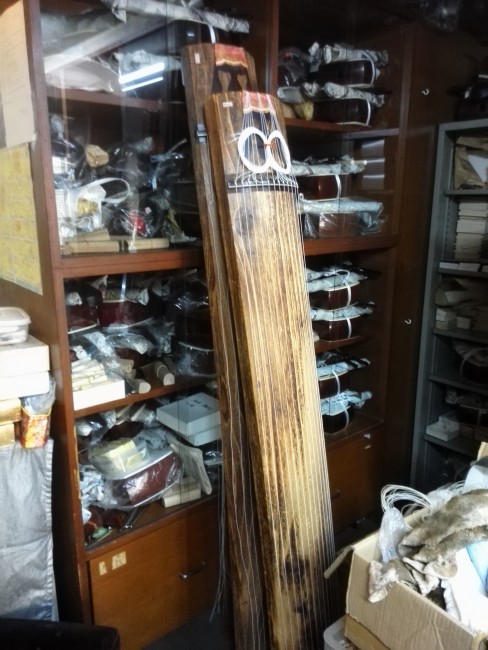 Probably the most elegant of the instruments is the koto. This thirteen stringed instrument was common in chamber rooms and among the rich elite. It is the national instrument of Japan. As it is over 180cm in length and made of solid wood. It’s not an easy thing to come by outside of Japan. 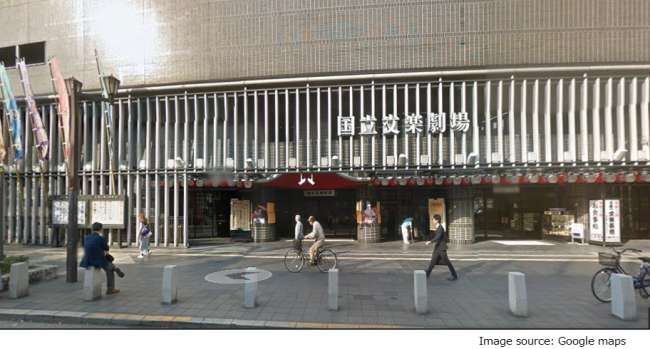 Whilst it can be hard to see a performance of these instruments, if you get the chance to do so whilst in Japan, I cannot encourage it enough. A good place to catch wind of potential performances is the at the website,

Buying an Instrument in Japan

If you are looking to buy an instrument in Japan, Tsutayagakki in Osaka is very good, with a nice range of second hand instruments.

I hope you enjoyed learning about the traditional instruments of Japan. I think they have a very unique sound and that it really resonates with Japan’s history and traditional culture. Please do your best to catch a live show if you get the chance!

How to buy a ticket for Universal Studios Japan in Osaka

Hiking Hakone Hachiri Along Part of the Tokaido Road