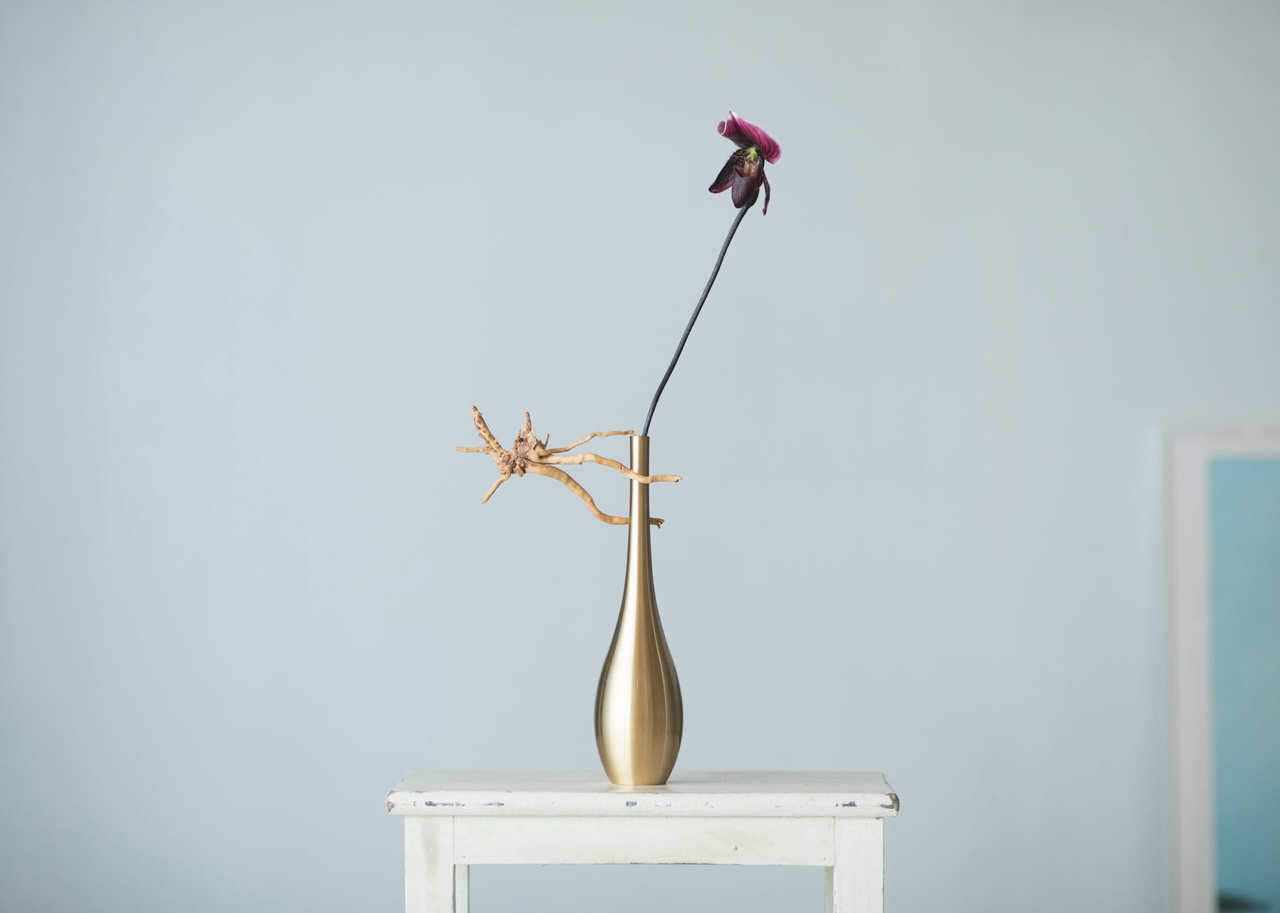 Takaoka city, nestled between the mountains of Toyama prefecture alongside the traditional Gokayama village and the Sea of Japan, has been home to the Japanese tradition of metal craftwork since the 17th century. The city soon became the major center of copperware production in Japan, and now, buddhist bells and bronze statues crafted in Takaoka can be found in shrines and temples all over the country. 400 years later, Takaoka artisans are still producing high-quality traditional crafts made out of tin and bronze in foundries like Nousaku. We had a chance to visit this renowned corporation to see their traditional process and to make our own unique Japanese metalcraft items to take home.

When Nousaku foundry was founded in 1916, the company was mainly working with wholesalers manufacturing vases, tea ceremony utensils, and Buddhism-related products.

In 2001, Nousaku took a major turn in their production. They would make their own products they’d be proud to put their names on and sell them directly to customers. After 85 years of experience working with these raw materials, they knew exactly how to enhance the brilliance of brass and tin for beautifully-crafted metal crafts.

The minimalism of their design adds a modern touch to Nousaku’s products while continuing the traditional Japanese approach to craft and art. There are no ornaments: the surface of their plates, cups, and vases are blank, but that doesn’t mean it’s empty. It’s all about the texture, how it feels in your hands, and how it reflects the light. Perfectly smooth or full of the natural texture or the material, there is the perceptible meaning behind each act from the craftsman. In a word, Nousaku achieved a kind of modern wabi-sabi style for metal craftworks.

Sand Moulds: A Japanese Tradition Handed Down from Generation to Generation

The crafting techniques of Nousaku have been unchanged for a century. When you are in front of one of their elegant and smooth brass flower vases, it’s hard to think that it was cast in a sand mould. This traditional technique has been handed down from generation to generation and full of advantages. Once the craft is done, the sand can be used again to make a new mould, and the unused portions of metal can be melted again to use in new crafts. There is almost no waste during the process, making the production very sustainable.

If you plan to visit Toyama prefecture during a trip to Japan, don’t hesitate to visit Nousaku foundry to experience this traditional technique. Nousaku offers workshops where you can make your own tin item using the very same techniques used by Nousaku’s craftsmen to produce their craftworks.

I had a chance to take part in one of these workshops, and it is an amazing memory of my trip to Takaoka that I’m reminded of each time I use my Mt. Fuji-shaped cup I proudly made out of tin. The process is surprisingly easy. First, a model is used to create the mould by pressing sand all around in a wooden box. It is actually the most important part of the work, as the mould’s quality will determine the shape of the cup.

Melted tin is then poured into the mould. After five minutes, the tin is solidified. Next, it’s time to break the mould and to discover the result of your work! I chose to keep my cup as it was, without any polishing, to keep the tin’s raw texture and lingering shapes made from the sand’s contact with the metal.

Nousaku’s Metal Crafts and Products on the Voyapon Store

True story: when I moved back to France after some years in Tokyo, I stayed some months with my mother while searching for a new place for myself. She kept stealing the tin cup I made in Nousaku’s workshop, and I could see that she liked it so much. I felt a little guilty when I took it back to my new apartment. After a lot of research during my following trip to Japan, I finally found a Nousaku tin cup to bring back to her, which is probably her favourite present from Japan.

Now Voyapon Store makes things much easier! You can buy a wide range of products from Nousaku directly from our website, including cups, incense burners, wind chimes or even accessories. These are the perfect presents for yourself or your loved ones to bring some of the traditional expertise of Toyama’s craftsmen to your home. You won’t regret it.