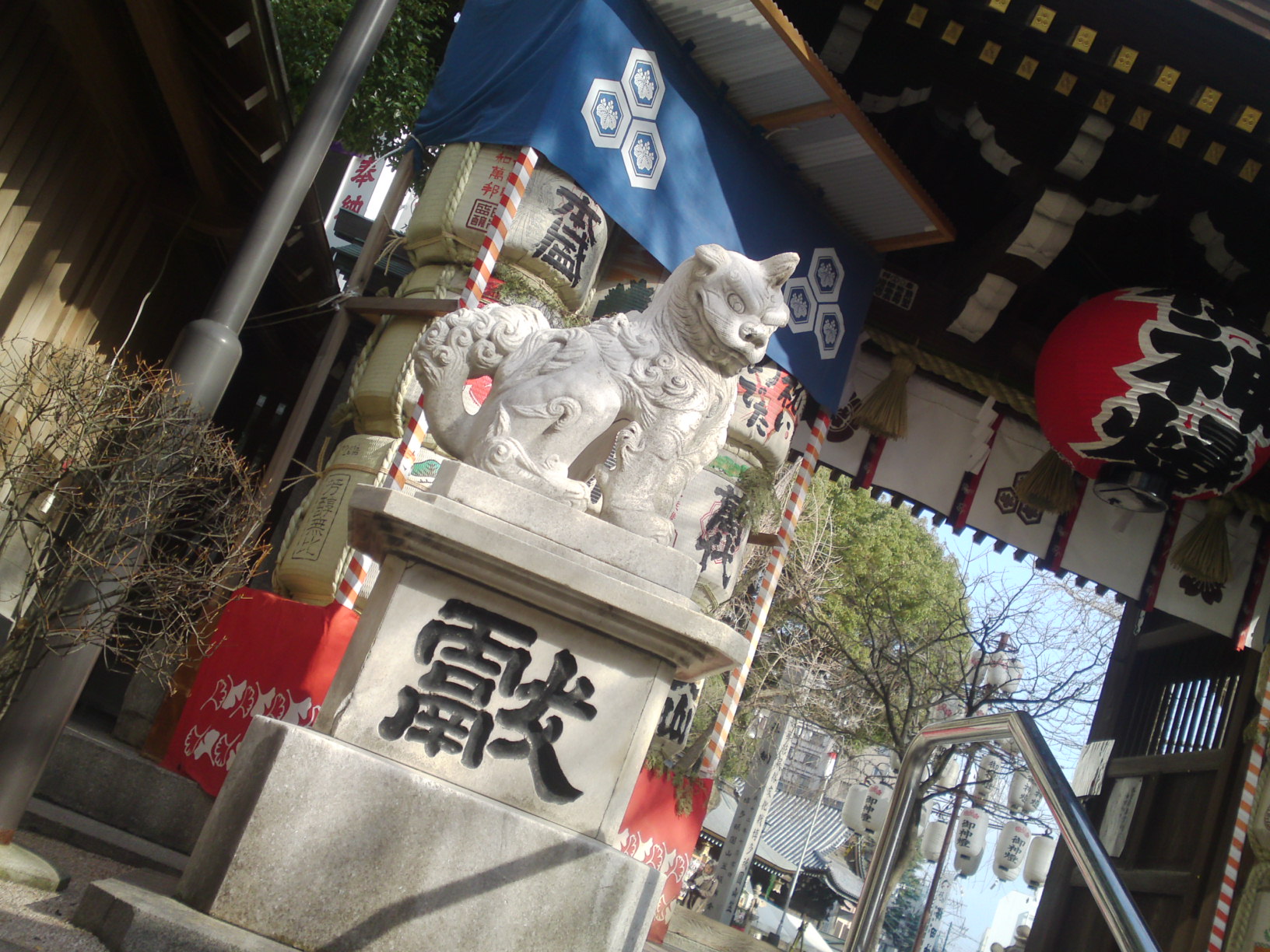 When In Fukuoka City for the first time, religious-minded or not, a site not to be missed is Kushida Shinto Shrine/Kushida Shrine/櫛田神社, located in Hakata-ku. Dedicated to the deities Amaterasu and Susanoo, it is said to have been founded in 757. A visit can be enjoyed at all times of the year although the New Year and during the Hakata Gion Yamakasa Festival in the first two weeks of July are arguably the best periods of the year! 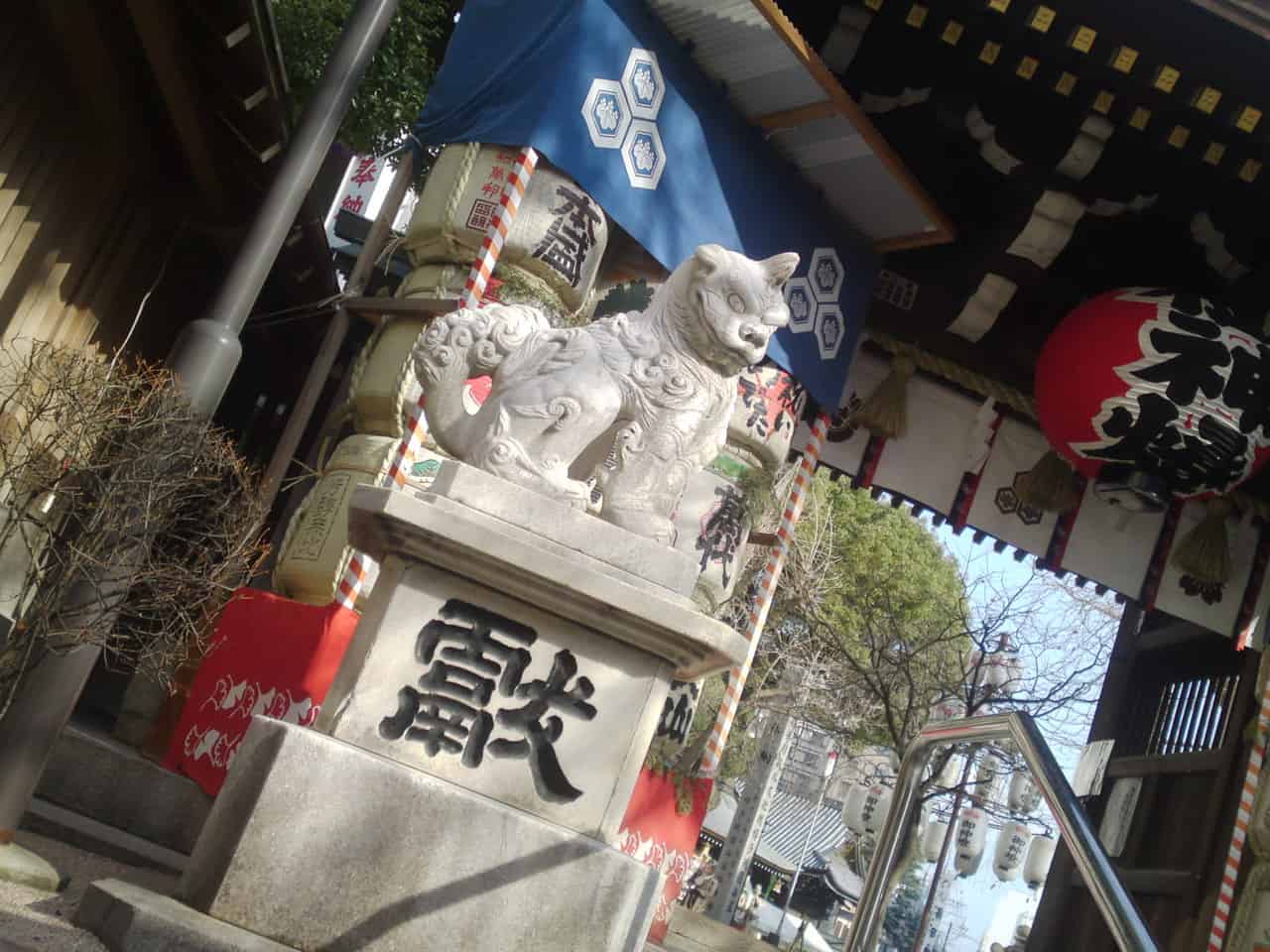 The whole visit makes for a truly great photographic experience of a typical Japanese Shinto Shrine, and I can assure you are bound to find some surprises! Just follow me for this first visit and I can guarantee you will wish to come back again and stroll around the place at your own pace. 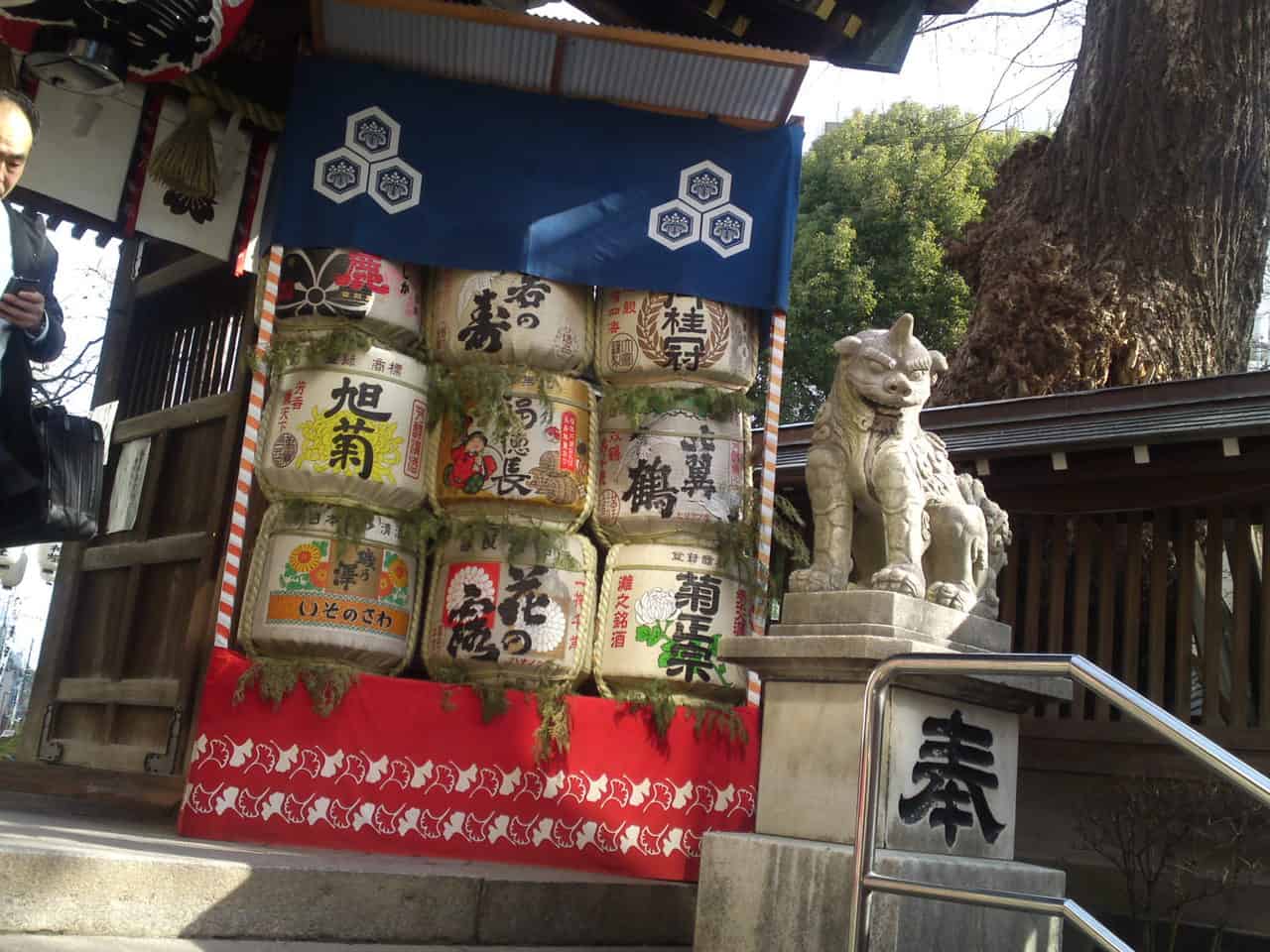 The other lion guard with its maw open also guarding the sake kegs. Sake kegs can be found at Shinto Shrines only and not at Buddhist Temples as sake is considered as the food of gods in Shintoism. 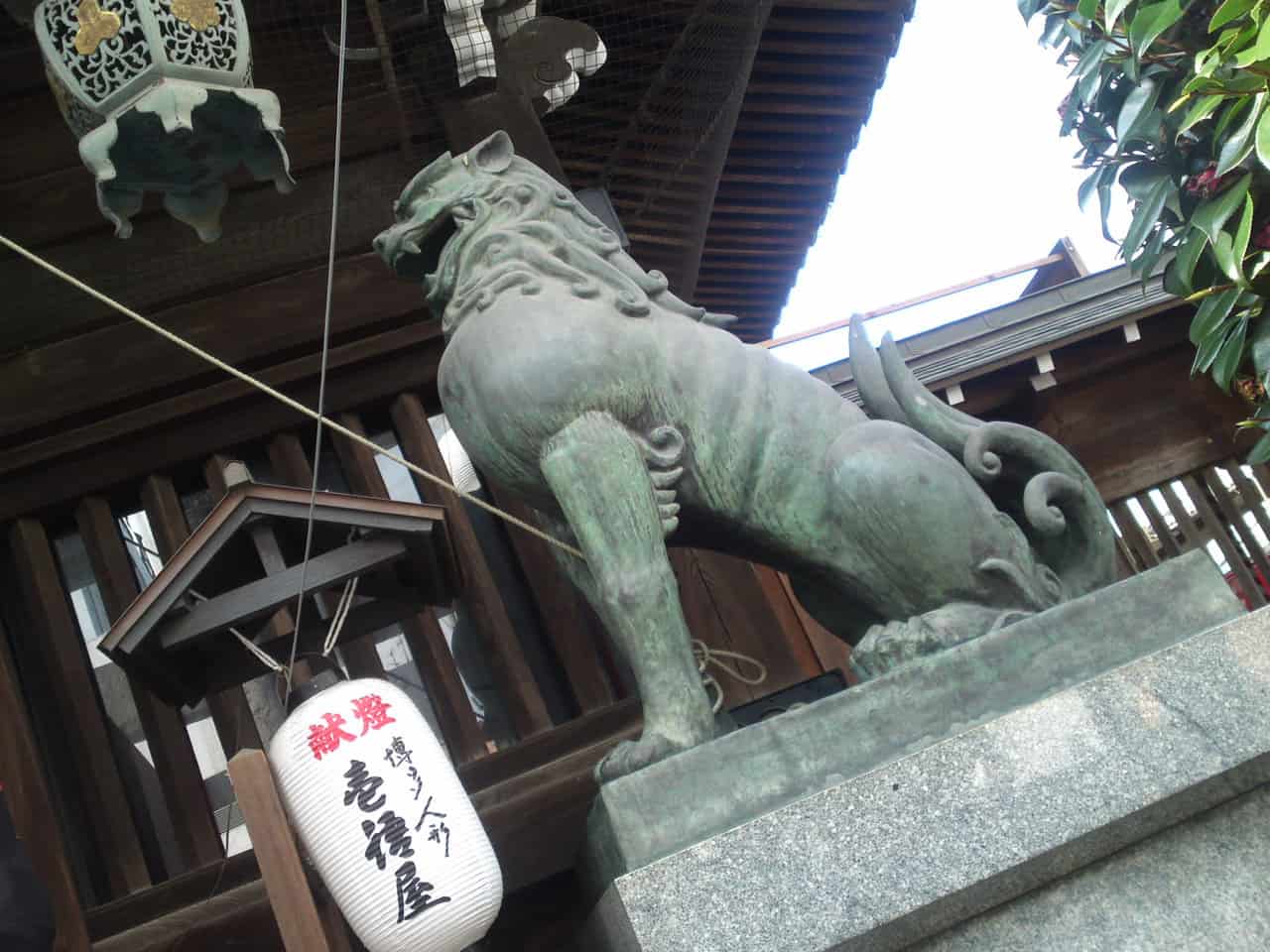 The whole ‘shrine’ is actually a group of shrines erected at various times and their lion guards differ according to different buildings. 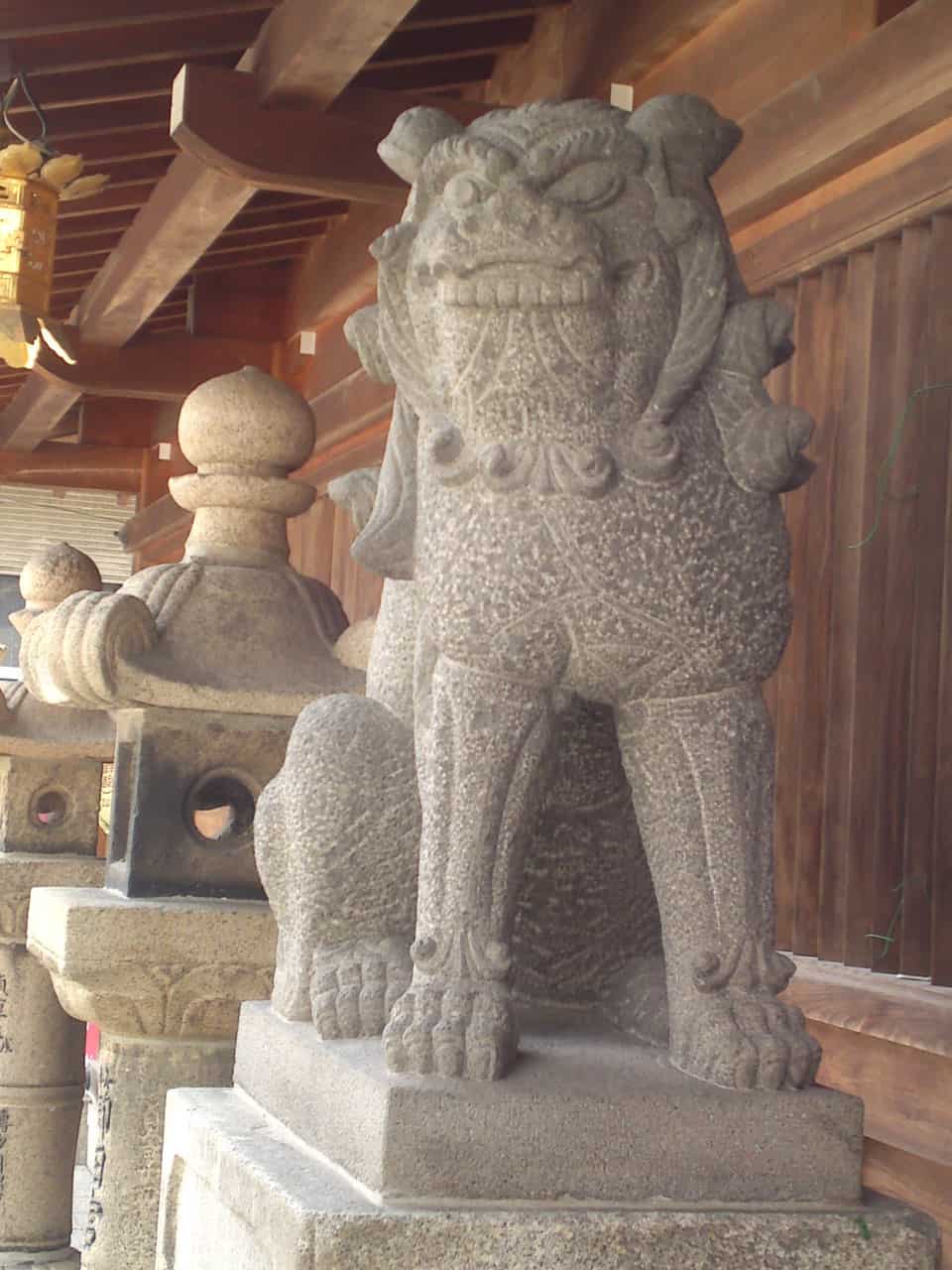 There are always two lions guarding each shrine, one with its maw closed,… 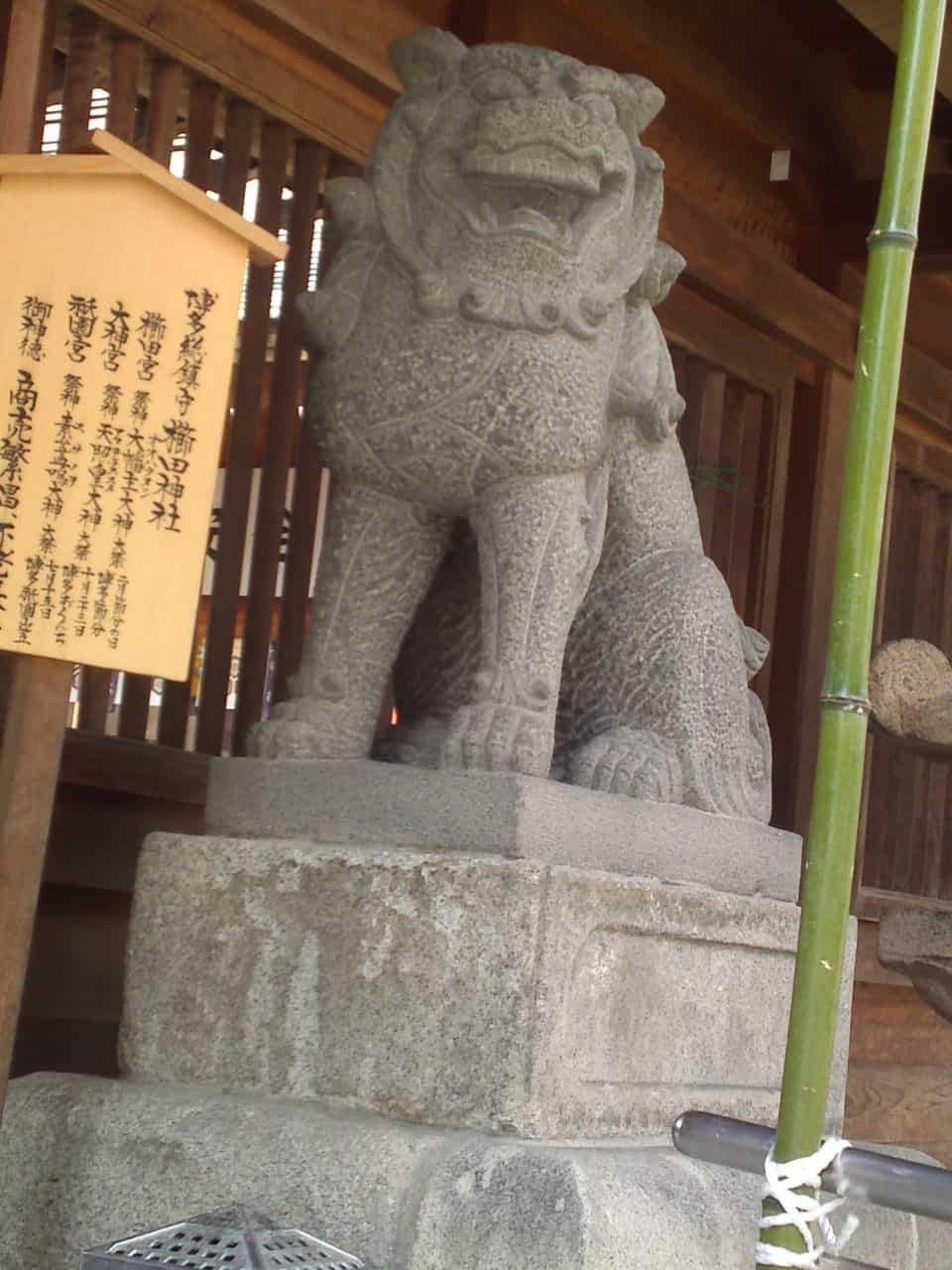 The other with its maw open! 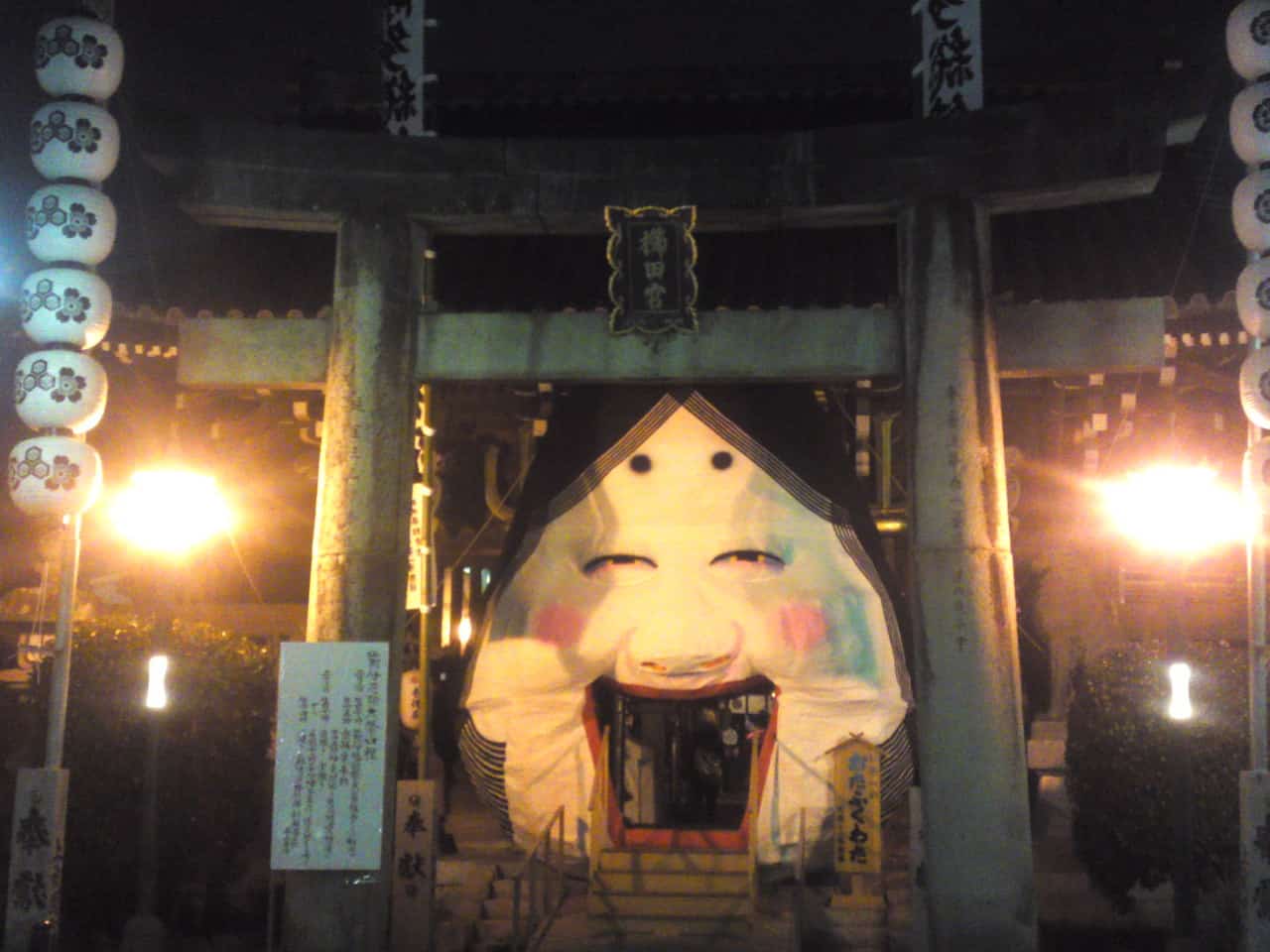 On New Year visitors are requested to walk through the mouth of a giant Ameterasu Goddess under a torii/sacred bird gate. 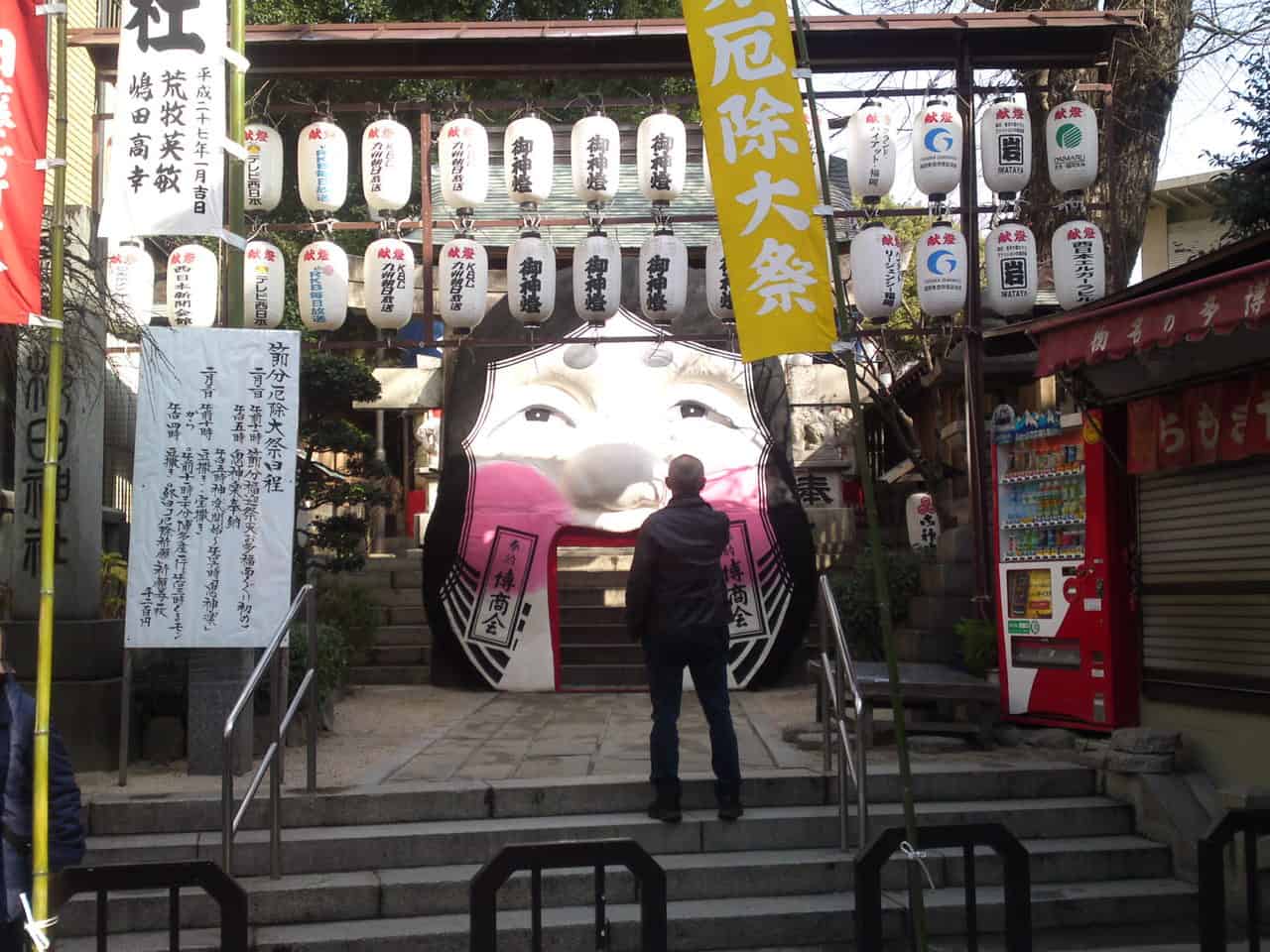 They are placed at both entrances, but do not worry they won’t eat you! 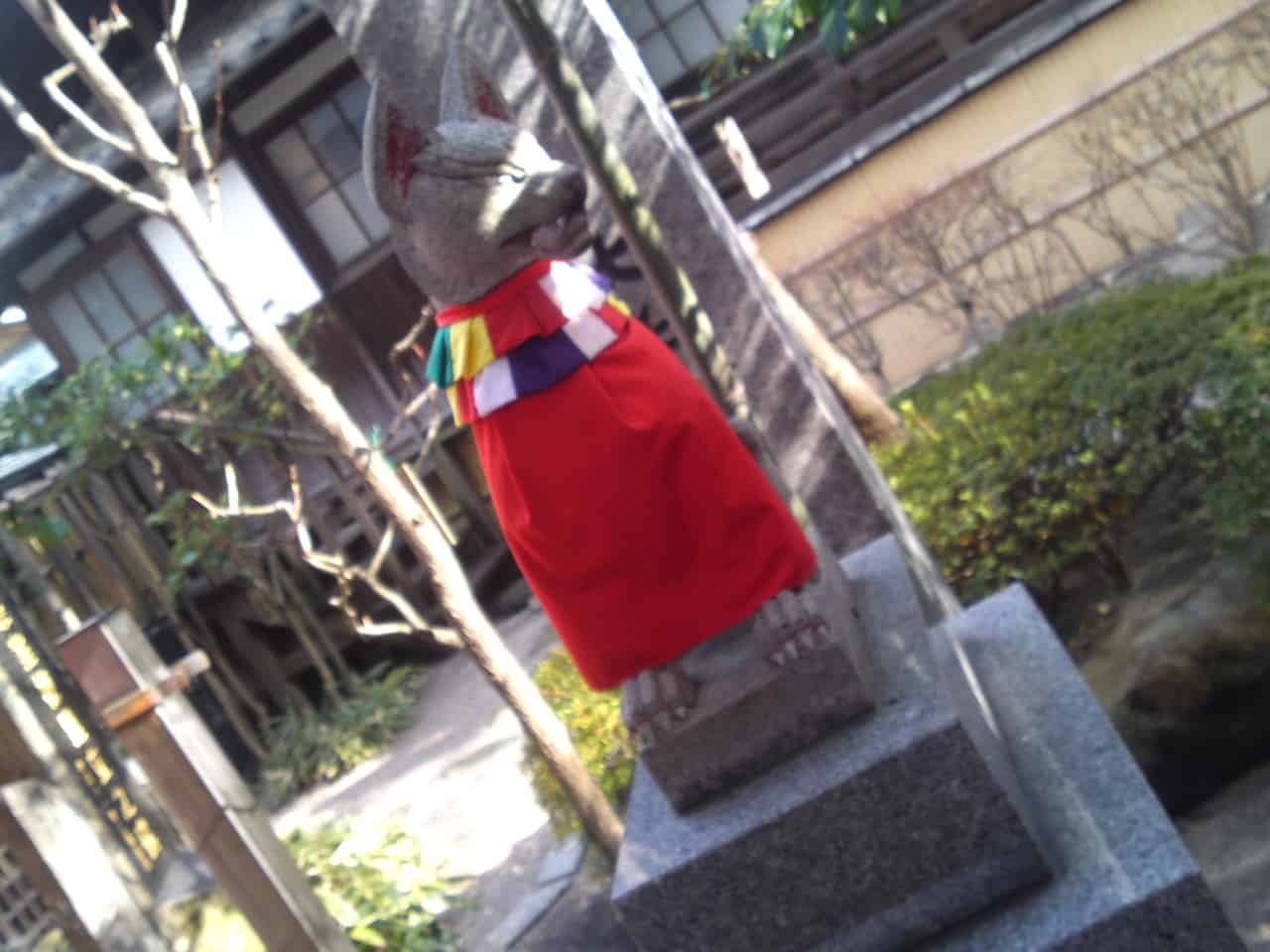 You will also meet fox guards/kitsune, meaning that the shrine is dedicated to Inari, the Goddess of Plenty. 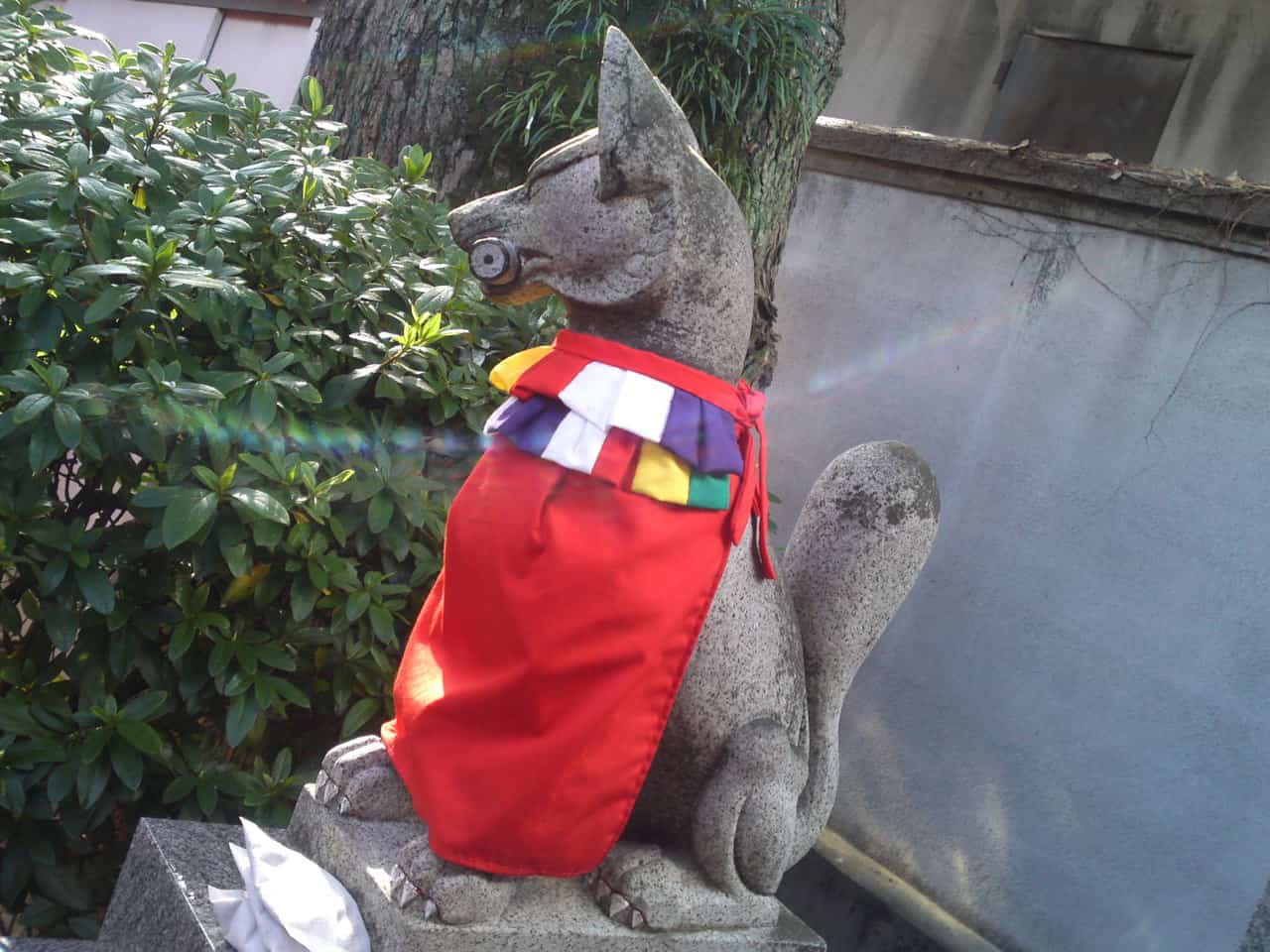 Its counterpart is carrying a sacred scroll in its mouth. Both look unusually fierce! 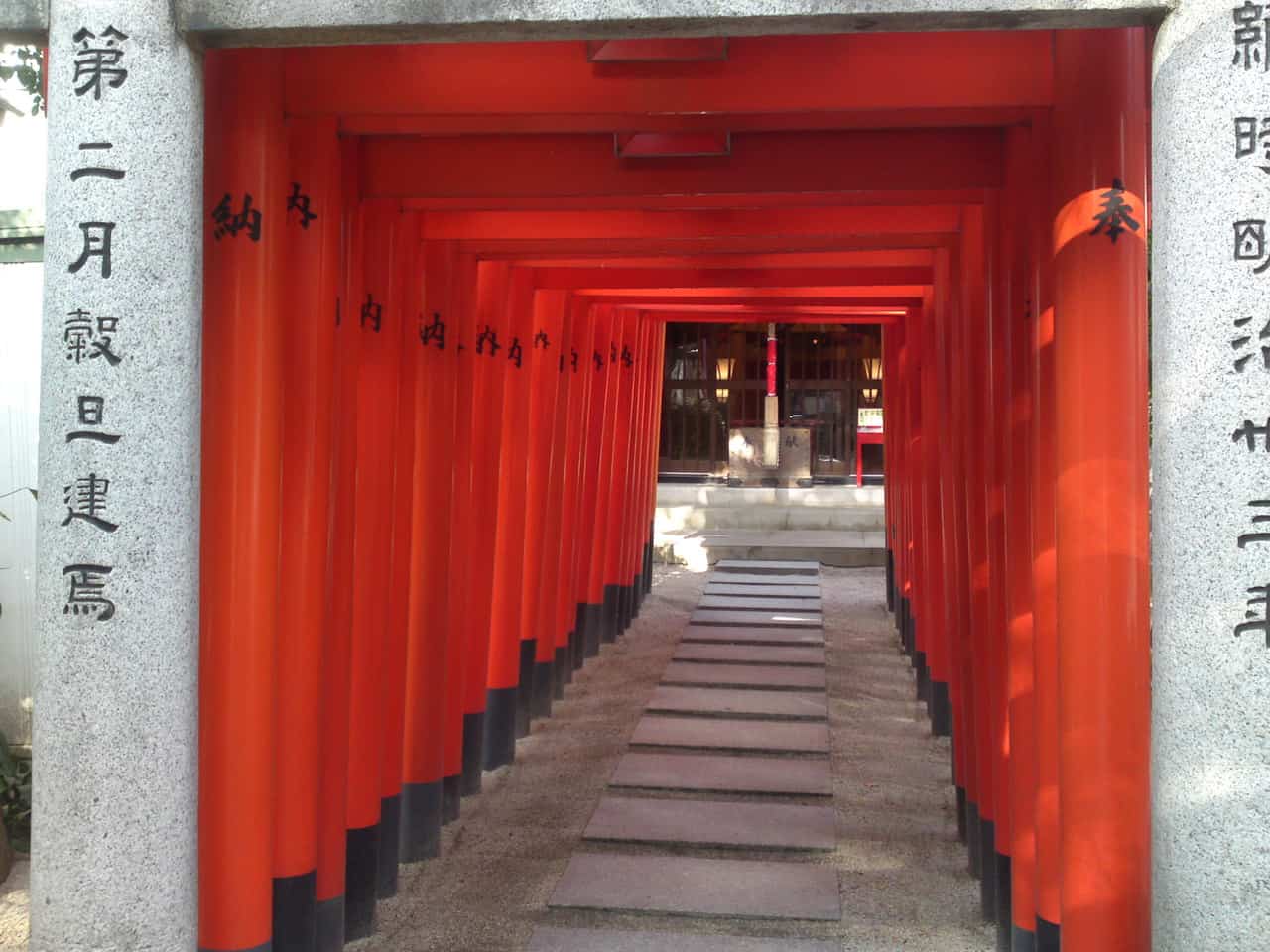 Torii/sacred bird gate can be found in stone or red-painted wood, alone or in rows. 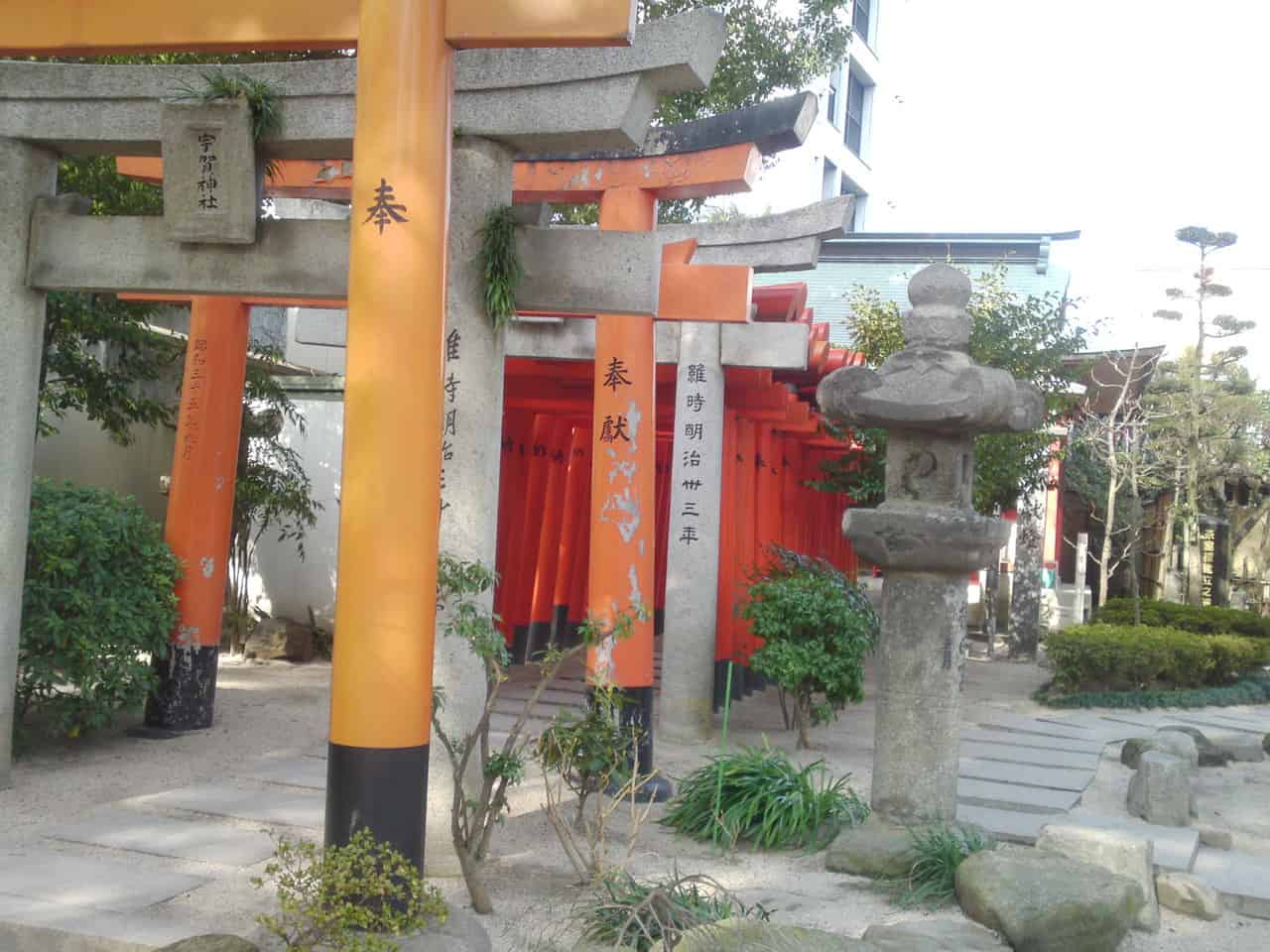 A whole mixture of torii! 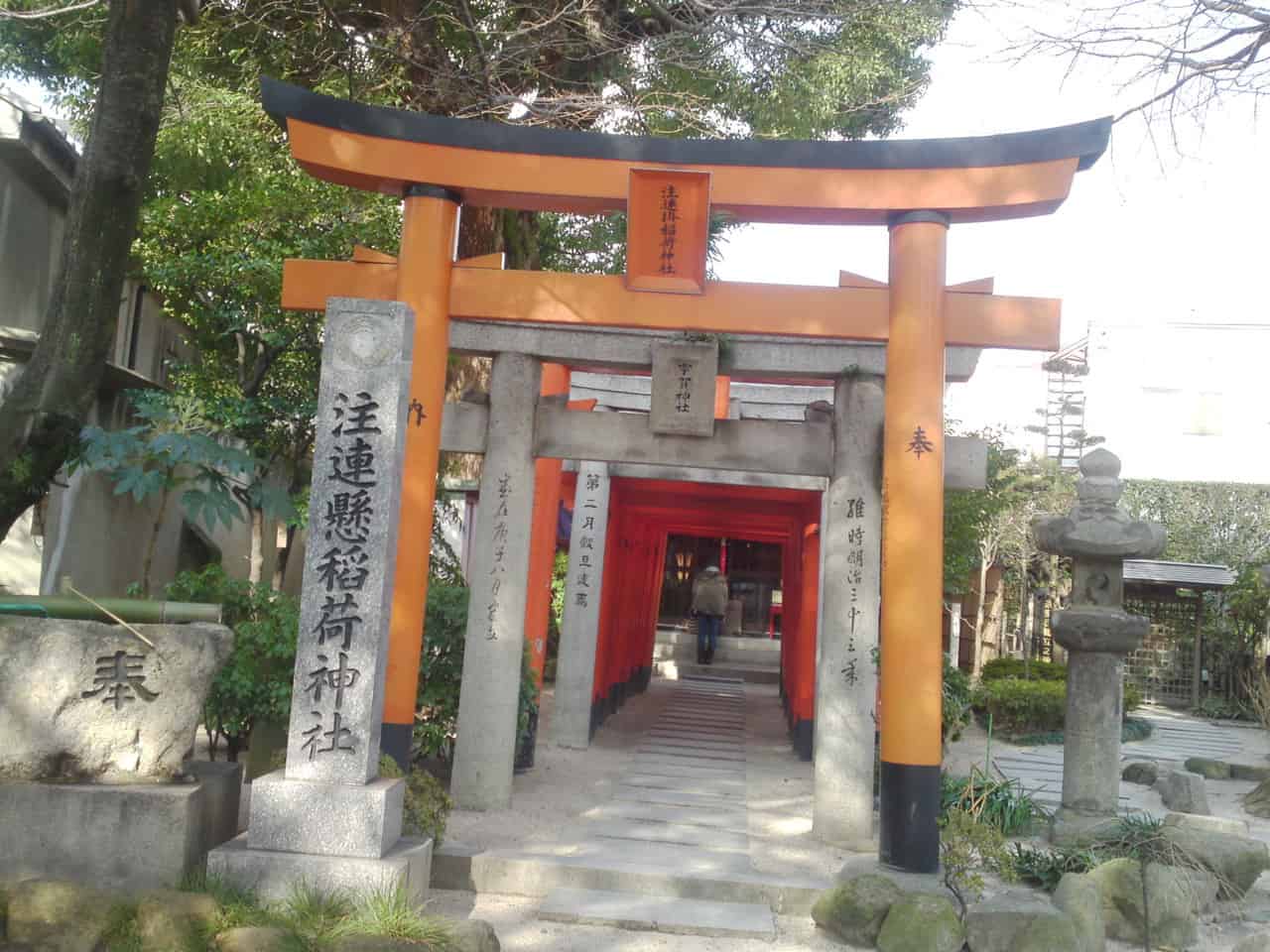 A small but highly venerated shrine at the very end of the torii tunnel. 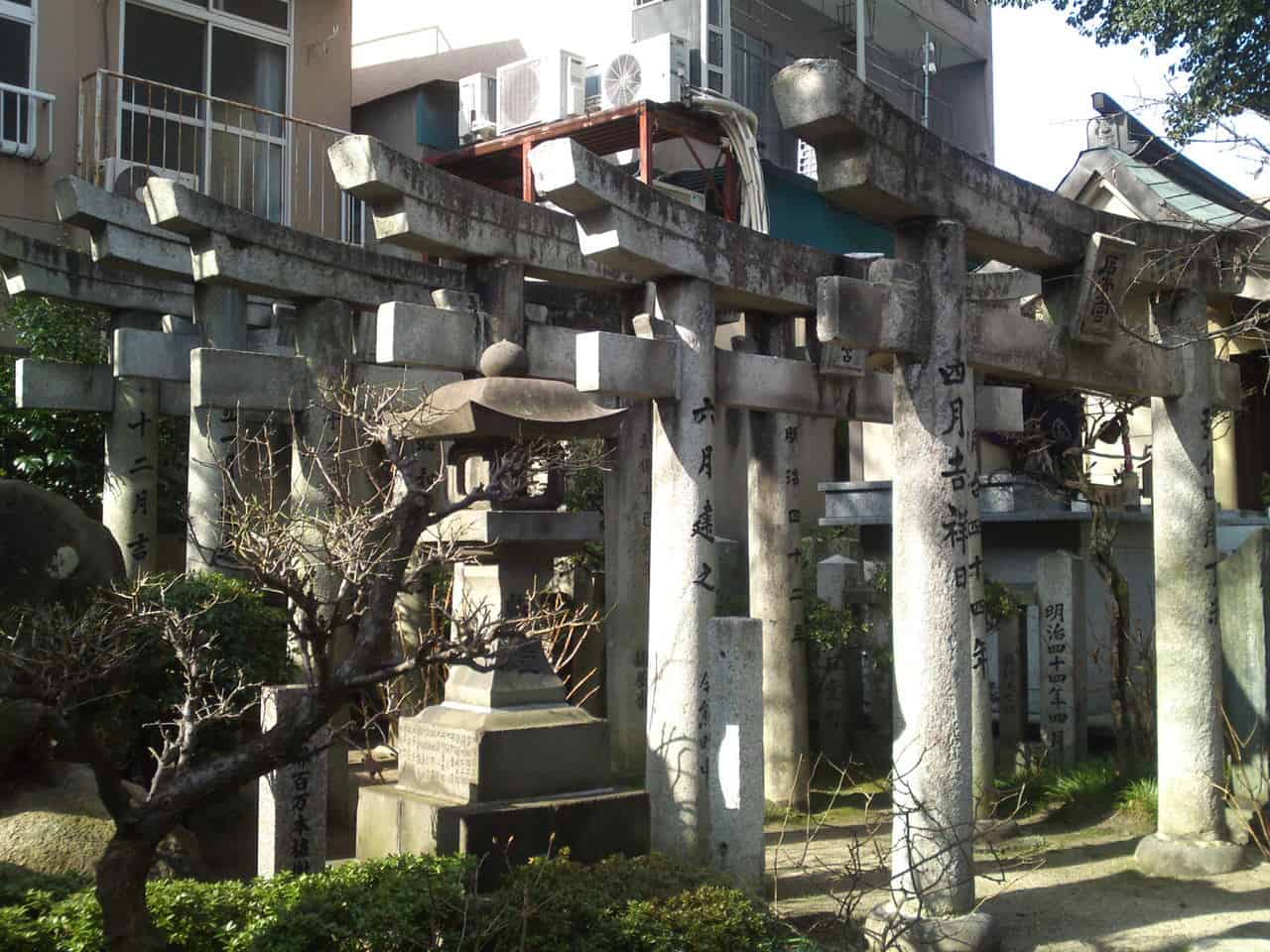 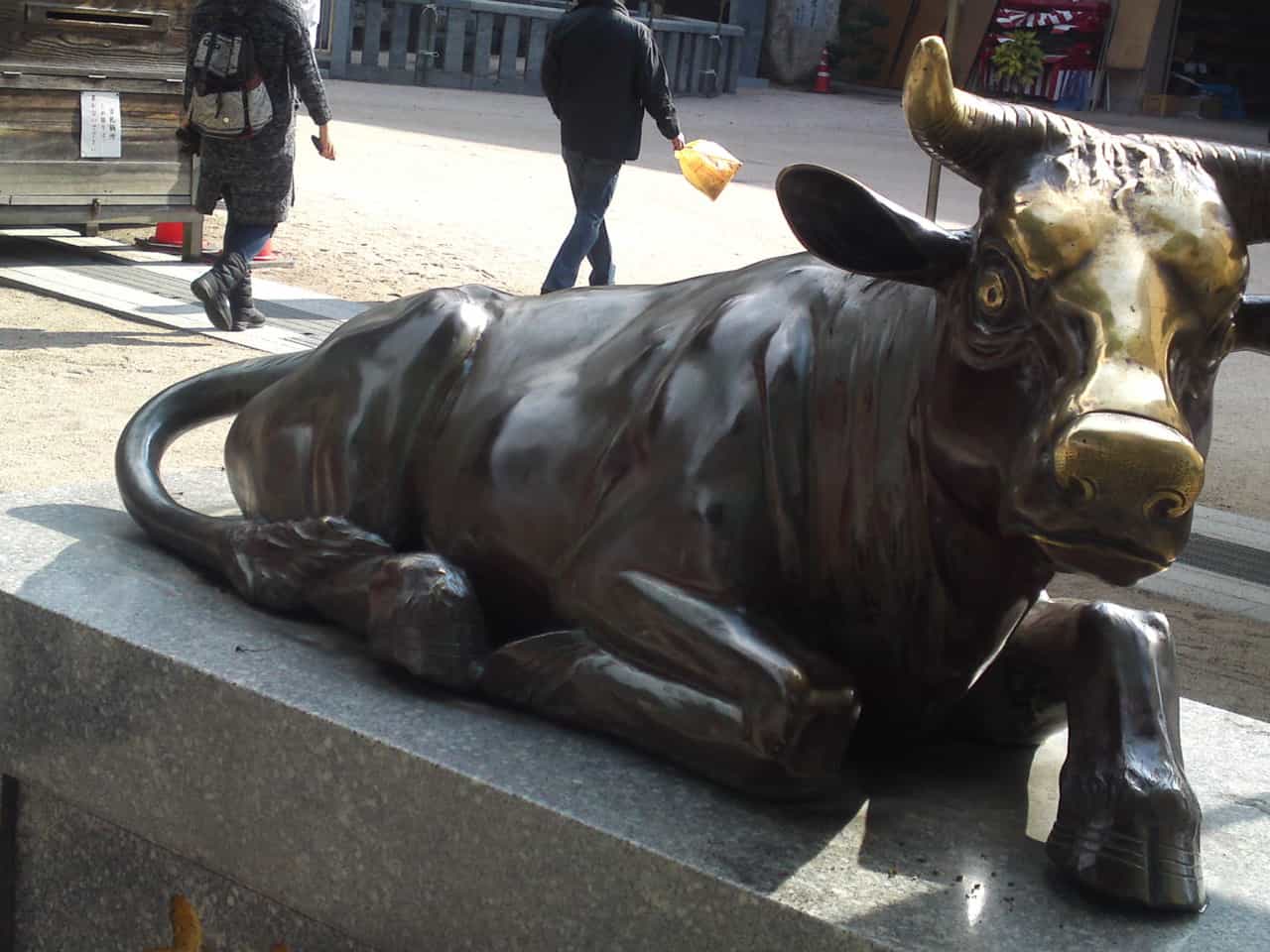 You will discover a whole menagerie as well as this sacred bull! 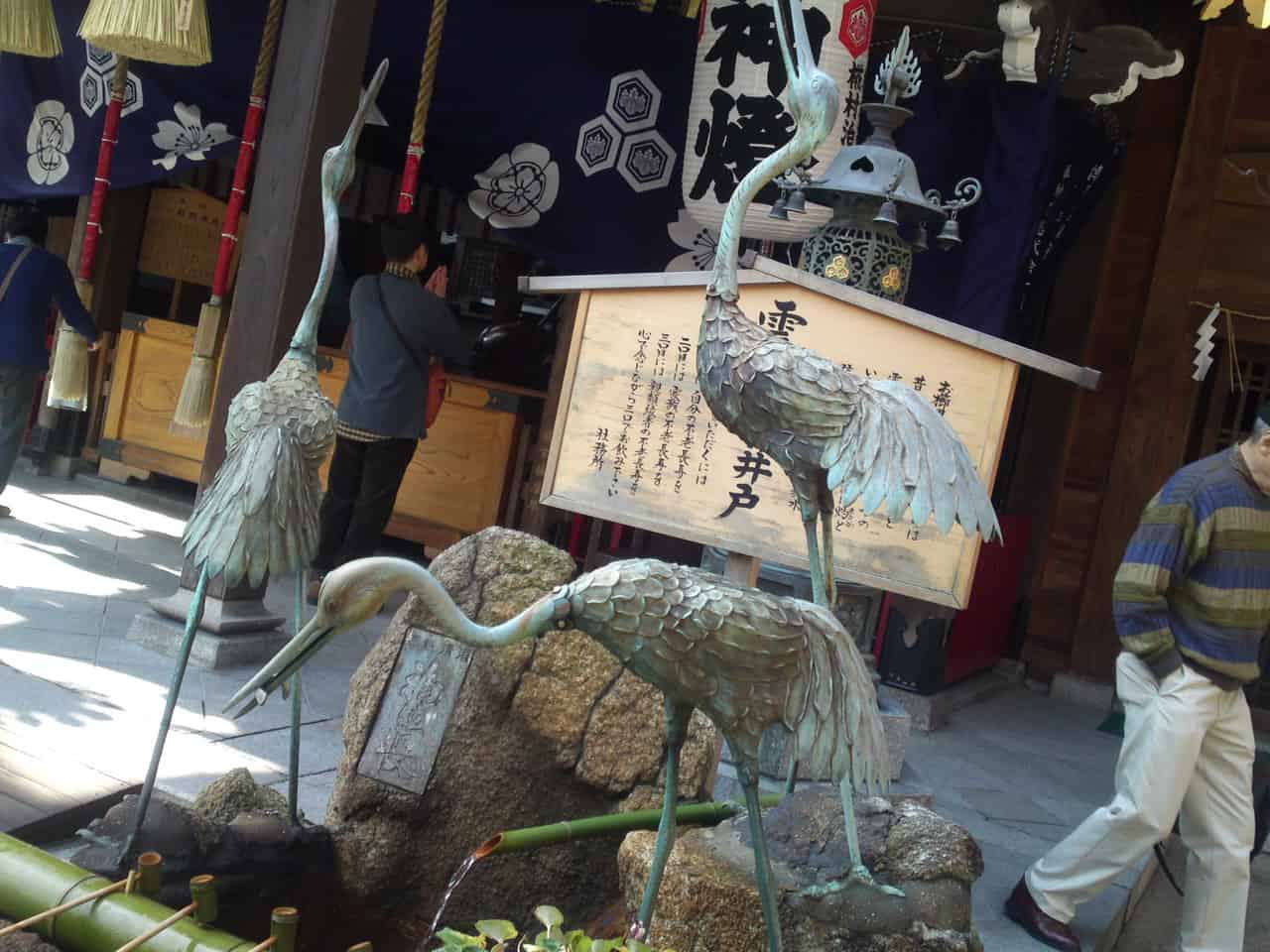 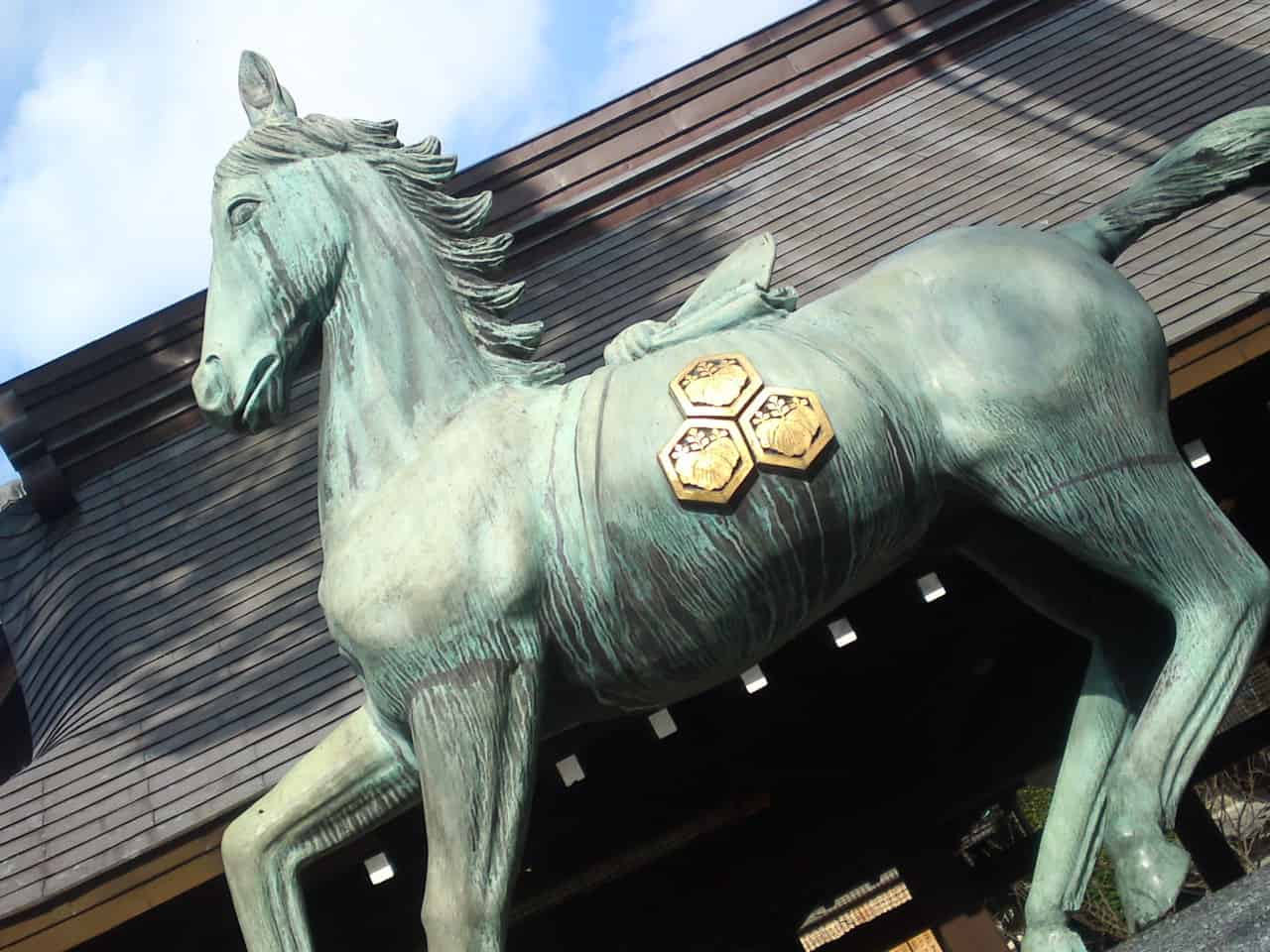 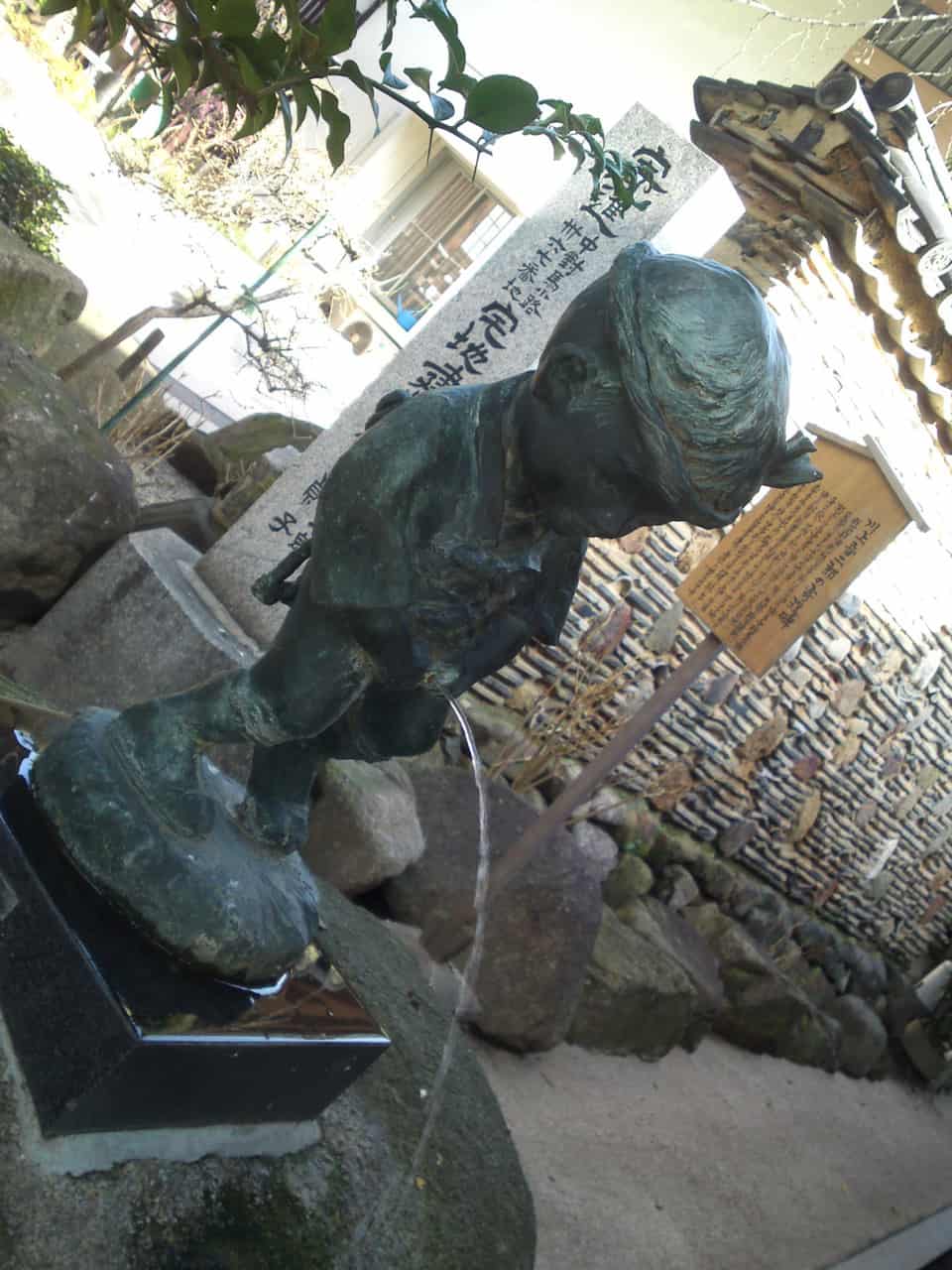 Belgians will be astounded to find a Japanese version of their Manneken Pis! 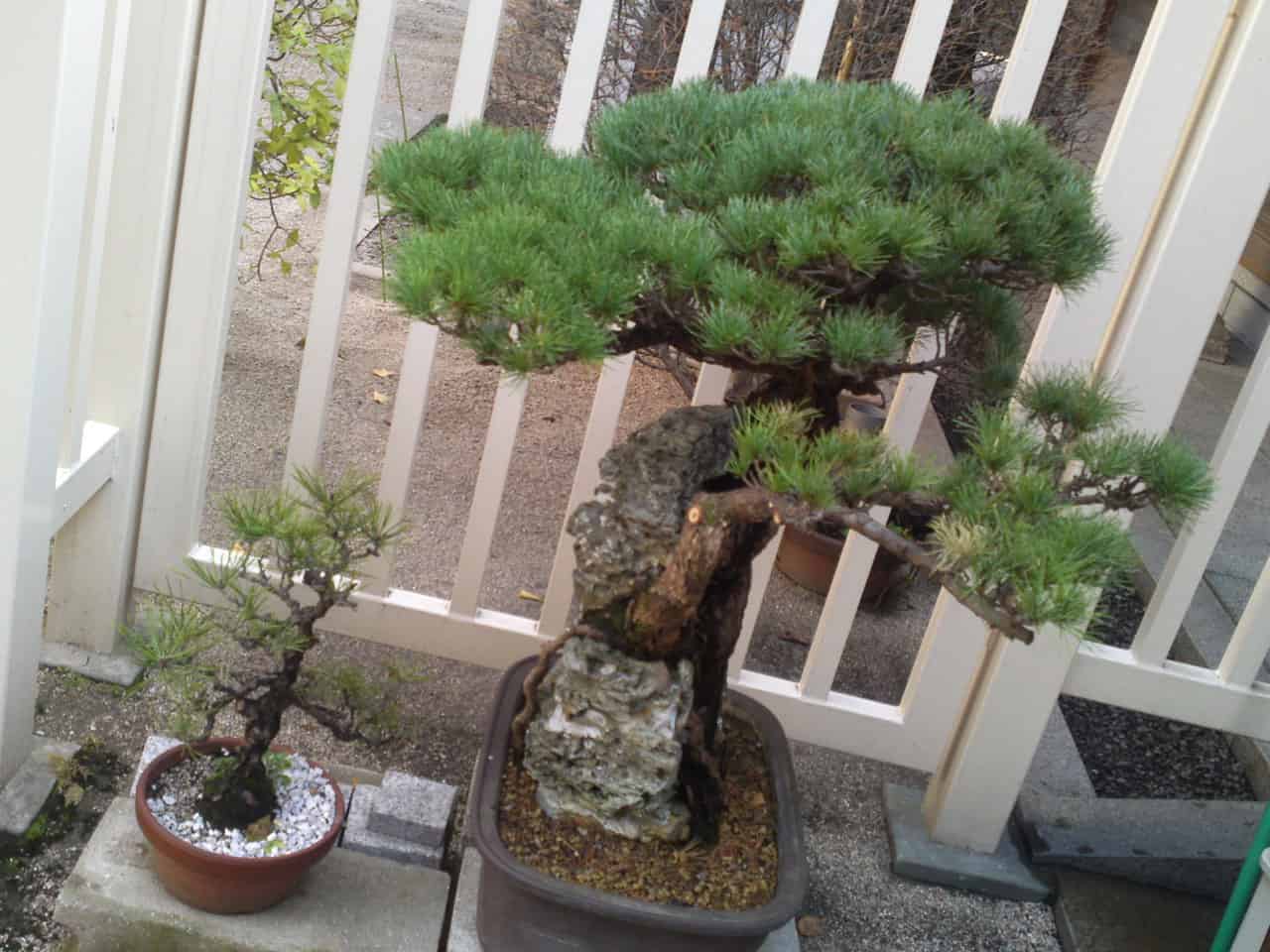 Keep a sharp eye for the bonsai/miniature trees. 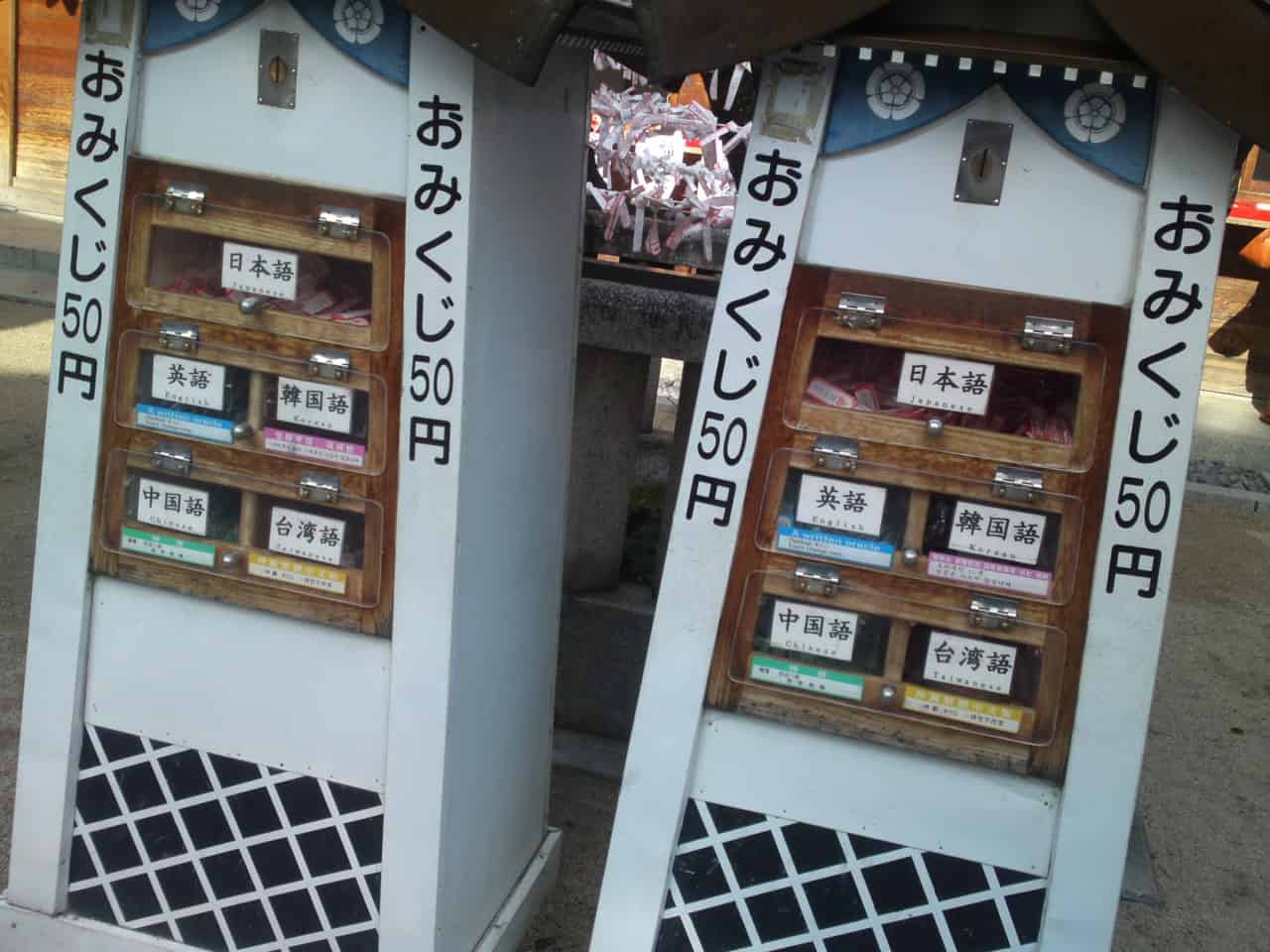 You can even buy (for 50 yen) your own fortune-telling slip/o-mikuji, available in five different languages: Japanese, English, Korean, Taiwanese and Chinese! 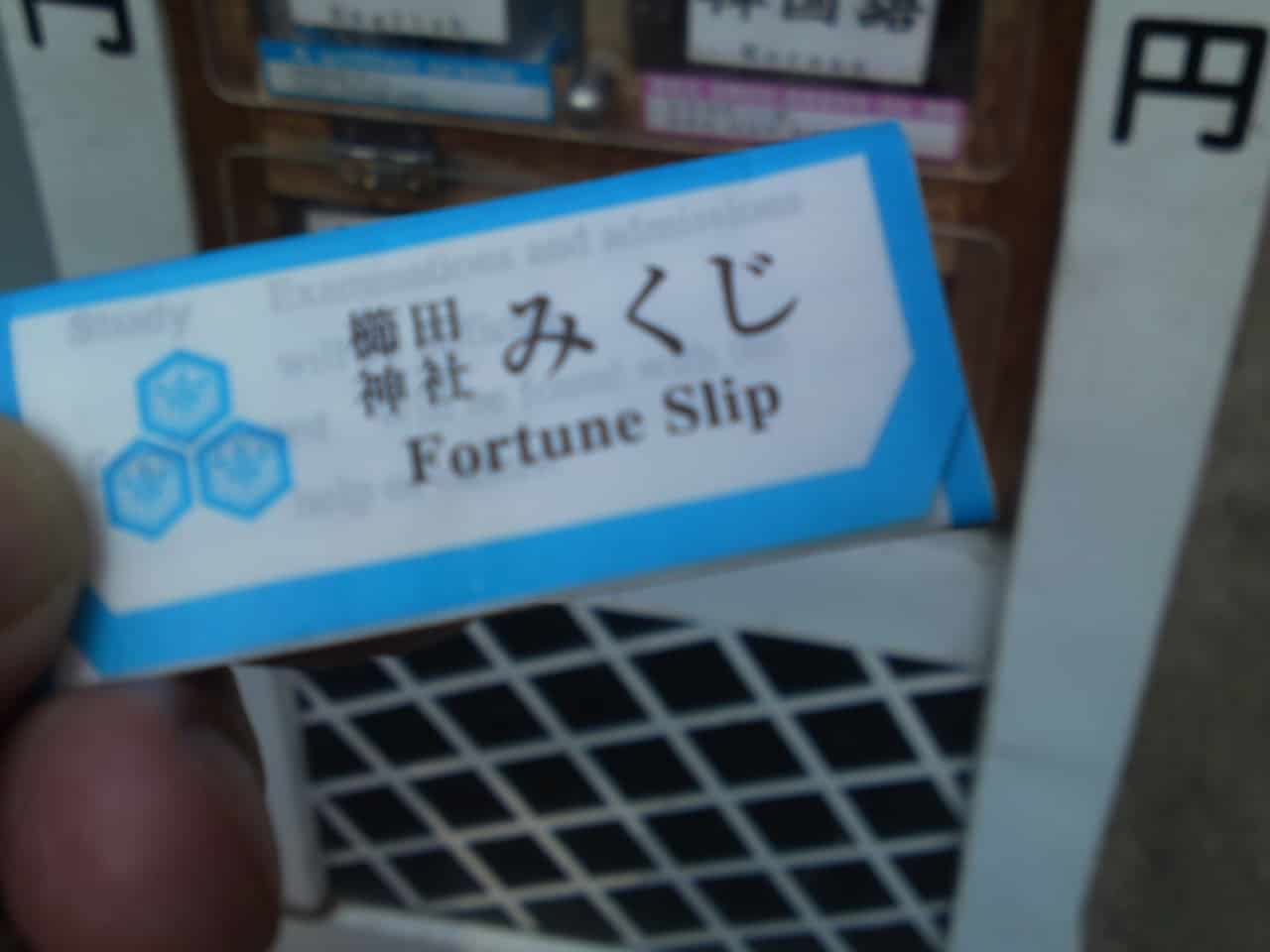 My fortune-telling slip in English! Now, what did it say? 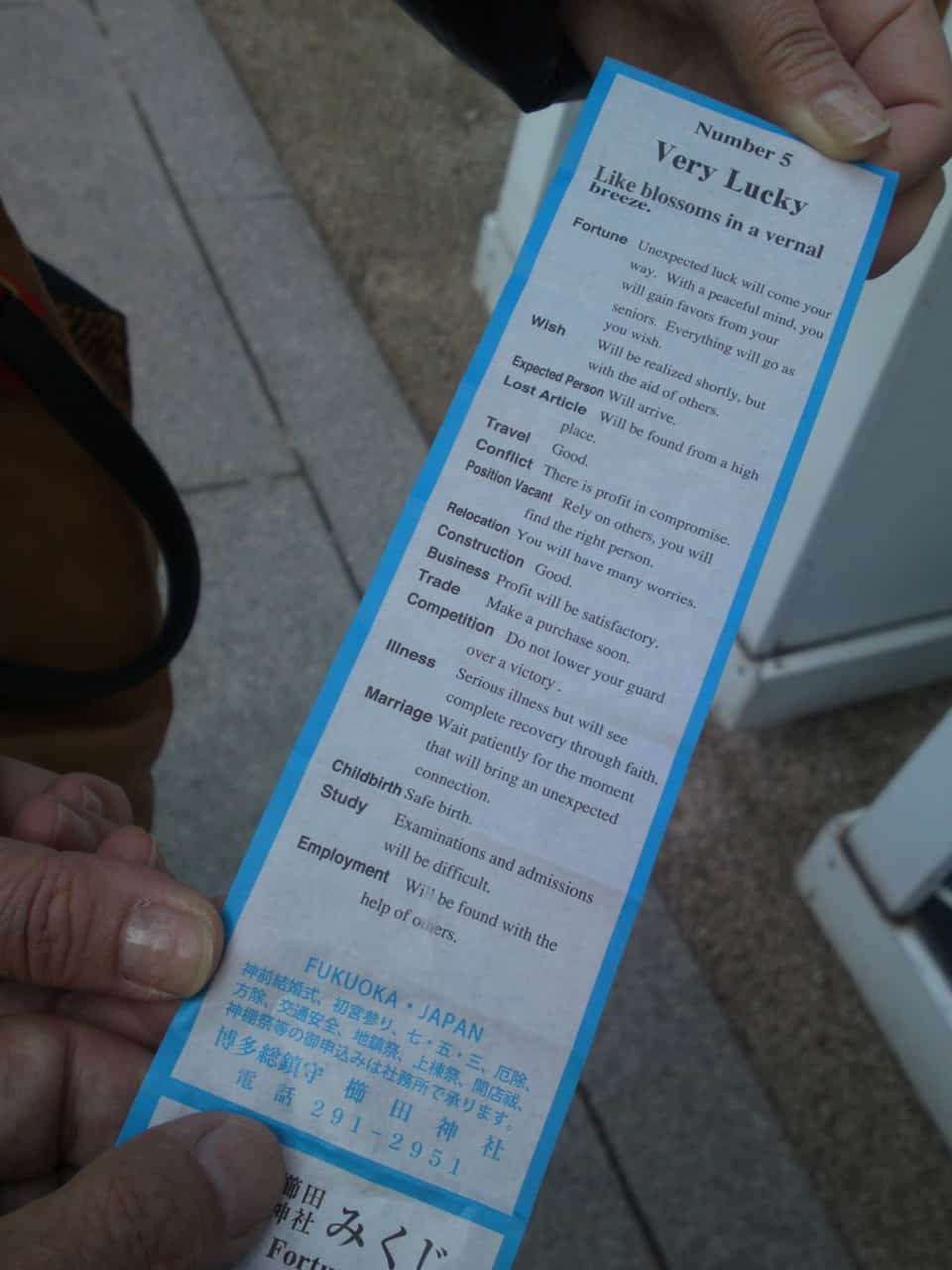 “Very lucky” Wish you the same!