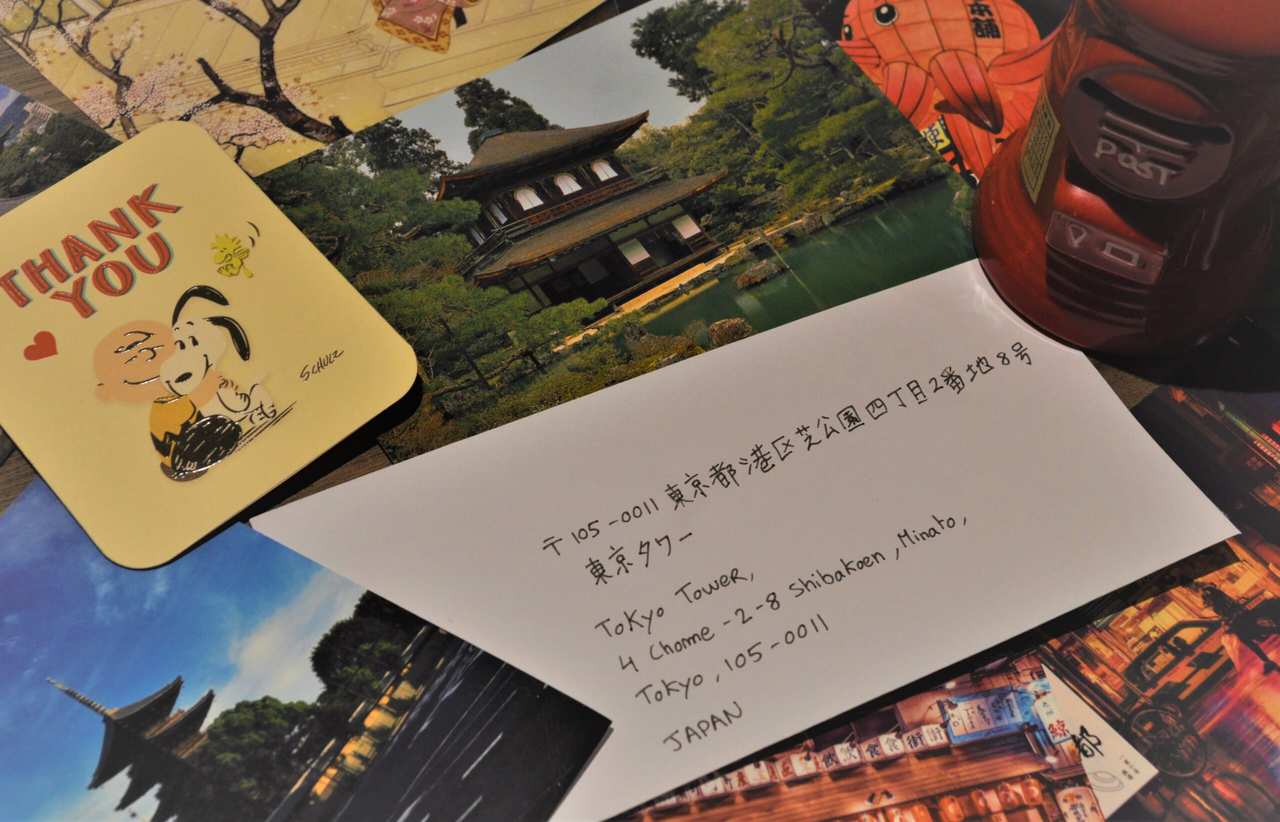 How to write a Japanese postal address correctly?

If you have friends or relatives in Japan, you might have tried to send a letter or a parcel abroad. Thus, you may know that postal services can be sensitive in case of wrongly written addresses. Also, the quality of the service depends on several factors: border rules, time of the year, and the specificities of each country. It’s been three years since I left France to live in Japan, and I have often exchanged letters and deliveries with my relatives. Still, the same question comes back each time: How do I write the address in Japan? This is the question I’ll try to answer here while sharing my tips.

Should I write the address in Japanese or Romaji?

“Romaji” is the transcription of Japanese characters in the latine alphabet. For example, 東京 would become “Tokyo,” and 大阪 would become “Osaka.” So both are possible. But for my grandparents, who never went anywhere in Asia, it’s not easy to understand.

That said, which one is the most appropriate? We tested both with my family: I sent them my address in kanji through the internet so that they could print and stick it on the envelope and send it from France, and surprise: more than six months later, the letter came back to them with the note “address error.” In fact, it never left France, and as the country’s name was written in Kanji, French postal services didn’t know what to do with it nor what country to send it to.

On the opposite, when my family wrote my address with “Japan,” written as such, the letter could leave France and reach Japan without any problem. But instead of simply having it delivered to my mailbox, I got a delivery notice from the postman asking me to go to the nearest post office to get the precious letter. With my ID and the delivery notice, the embarrassed postman asked me if there was no mistake. This experiment made me realize that even though the letter will eventually make it to Japan, it may give difficulties to the postal services. Therefore, I would recommend writing both. You can print the address in Japanese and its transcription in romaji. And then, everyone is happy!

In order not to share any confidential information, I’m going to use the address of the Tokyo Tower. So, let’s just imagine that I live on top of this great red iron lady of Tokyo and see how to write my new address.

How to read a Japanese postal information

Before going any further, let’s see some kanji and vocabulary words used in Japanese addresses. In Japan, the address always starts with the postal code, then goes from the largest to the most specific, as shown below :

There, it’s clear, right? Now that we know the different terms used in Japanese addresses let’s see how to combine them together.

How to write a Japanese address in kanji

Like the pieces of a puzzle, the above-mentioned kanji, when put together, form an address in Japanese. Let’s see together the Japanese version of the address of my new home (Tokyo Tower):

Unlike Western addresses, Japanese addresses go from the most general to the most specific element and always work in this order: postal code (105-0011), prefecture, city or metropolis (東京都 Tokyo-to), district (港区 Minato-ku), ward (芝公園 四丁目 Shiba-koen yon-chome), block number (2番地 ni-banchi) and building number (8号 hachi-go). Then you can write the residence name (if there is one) as well as the name of the recipient (東京タワー Tokyo Tower).

How to write a Japanese address in romaji

Comparatively, when we look at the address of the Tokyo Tower indicated by Google in English, we can notice that the order has been completely reversed, and we start from the most specific to the largest:

Although the English version seems simpler, it can also be tricky to understand for Japanese letter carriers since it follows a completely different order from the original.

Should I choose kanji or romaji?

I often write both in a row while mentioning “JAPAN” in capital letters to ensure that the letter doesn’t get lost.

This order always worked for me, so I recommend you to ask directly to the recipient for the romaji transcription to not make any mistakes. Then you just have to print it (or copy it by hand if you feel like a calligrapher), and it’s done! Then you can decide if you prefer to write it horizontally or vertically (Japanese use both).

Should I write an address by hand?

You can try to copy the address in kanji by hand and thus put yourself in the shoes of a great calligrapher for a moment. Even if your kanji is not perfect, the most important thing is that they are legible so that your letter or parcel arrives at its destination.

However, you should know that writing the address by hand is not mandatory and that a simple printout will work. Just stick it directly on the envelope, and that’s it! For my grandparents, who have difficulty understanding the Japanese addressing system, I sent them several copies of my address in kanji and romaji that they just have to stick directly on the envelope. Simple and efficient!

Tips and tricks from an ex-pat living in Japan

Before concluding this article, I would like to share some tips and tricks that I acquired during my three years living in Japan. Some things may seem obvious to you, but others may not so let’s increase your chances that your precious package or letter will reach you. It doesn’t matter if you send your letter from your country or Japan; the following advice applies to both:

The Japanese address system seems to differ from Western postal address presentation standards. Street names are replaced by numbers, and the order is reversed compared to the West. However, with a few little tricks and a basic understanding of reading Japanese addresses, they are not as different as they seem at first sight. Now that Japanese addresses have no more secrets for you, you have all the keys in hand to send letters or parcels to your friends in Japan!

Born and raised in France (Rouen), I worked as a travel agent in Paris and Kyoto. I moved to Japan in 2018. After spending 2 years in Kyoto, I decided to move to Tokyo with my husband to start a new adventure. Even if I sometimes miss France (especially French cheese) I really enjoy living in Tokyo and exploring Japan with my camera. I am particularly interested in Japanese culture, language, cinema, and photography. I am also crazy about pandas, and I may have been one in a former life. I have a strong passion for Japan and I am looking forward to sharing it with travelers from all around the world!