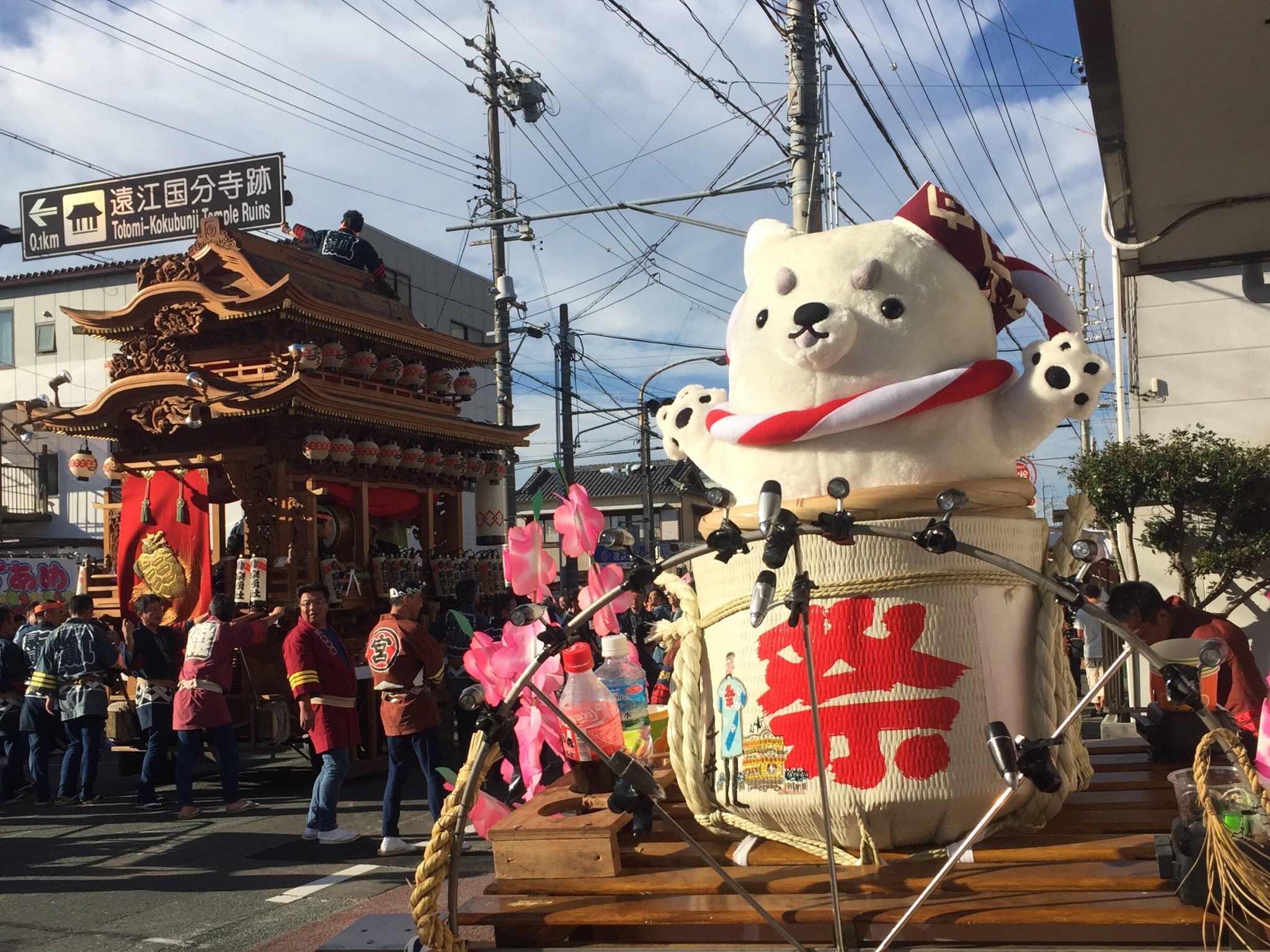 The Legend of the White Dog, Shippei Taro

Many know of the famous Japanese dog Hachi whose story of relentless loyalty resonates in the hearts of Japanese people. A statue of Hachi located right outside of Shibuya Station in Tokyo is a destination for millions of tourists and locals each year. 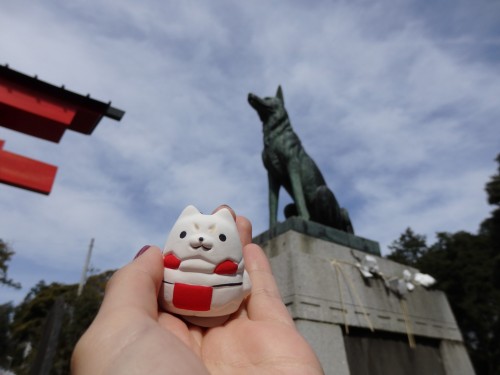 But in the unassuming city of Iwata, in the Shizuoka prefecture, there stands another dog statue at the Mitsuke Tenjin shrine. The fox-like canine known as Shippei Taro, or Shippei, is nowhere near as famous as Hachi, but is nonetheless deeply loved by locals. He stands guard over Mitsuke Tenjin’s entrance, where he greets visitors. Inside the shrine grounds, visitors leave wishes on wooden boards with Shippei’s smiling face painted on the front. There is even a smaller shrine on the grounds dedicated solely to pets. Visitors can bring their cat or dog to be blessed for good health. 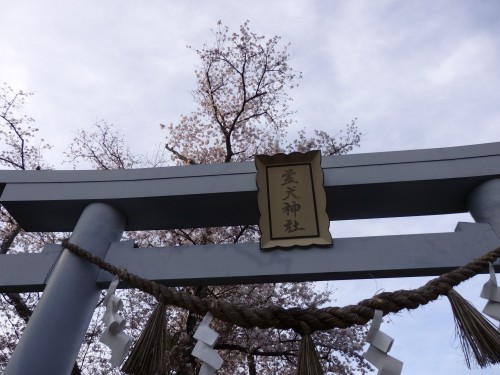 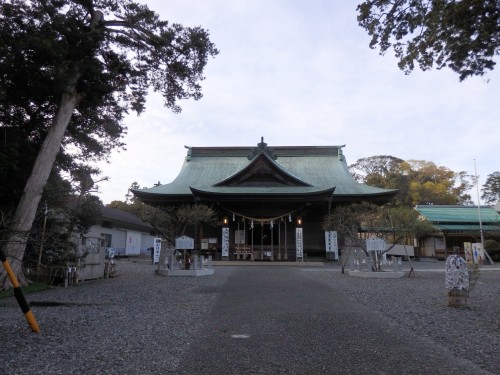 Within Iwata, the lovable mascot Shippei can be found all over the city on signs, pamphlets, billboards, and even on official city documents. The exuberant white dog appears on merchandise and he often makes appearances at local festivals. Children love to dance along to the Shippei dance! 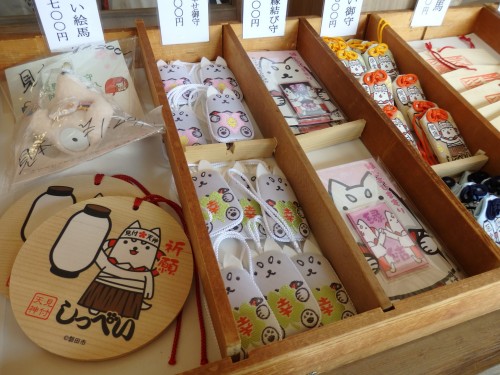 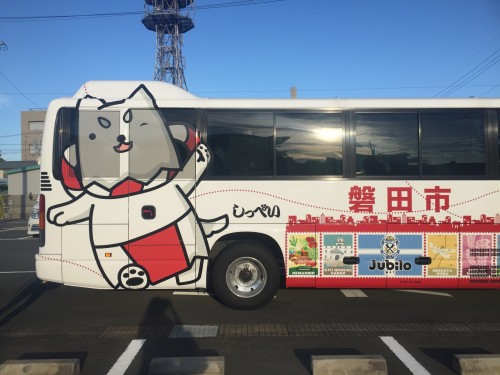 But who is Shippei? Where did he come from? The legend of Shippei Taro begins many, many years ago…

A traveling priest was passing through a small village when he decided to stop and rest. As he walked in search for somewhere to stay, he could hear crying coming out from one home. He noticed that there was a crowd of people gathered around a girl. Everyone gathered was crying.

The priest asked why people were crying. A man explained to the priest that his daughter was to be sacrificed to a mysterious deity who lived in a shrine nearby in seven days, or else a curse would befall that year’s harvest. Upon hearing this, the priest was shocked. He offered to go as the sacrifice in the stead of the young girl.

As the priest waked towards the deity’s temple, he could see a group of strange creatures huddled together. The priest quietly pressed closer, and he could overhear them talking to each other. They seemed to be asking about a certain “Shippei Taro”, and they seemed quite worried about him.

The priest began to wonder about this “Shippei Taro”. Who was he? And why did these strange creatures seem so scared of him? The priest thought that if he could only found this man by the name of Shippei Taro, then he could potentially save the girl from being sacrificed.

The priest left the temple and began to search for Shippei Taro. As he walked to a nearby village, he asked a man if he knew any person by that name. The man looked at the priest and laughed. He informed the priest that Shippei Taro was his dog, a large, white dog as big as a calf! Struck by this fact, the priest nonetheless asked if he could borrow Shippei Taro. The owner agreed.

The priest returned to the deity’s shrine, this time with Shippei Taro. The strange creatures were still congregated at the temple, eagerly awaiting the young girl sacrifice. But upon seeing Shippei Taro approaching instead, their faces twisted in horror. Shippei Taro sniffed the air and started to growl. He ran straight towards the creatures and began to rip them to shreds until they were no longer moving.

The priest advanced towards the shrine in order to finally take a closer look at the creatures. He glanced down and noticed that they had all been baboons. They had disguised themselves as deities in order to receive sacrifices and maliciously cause suffering to the villagers.

From that day on, the villagers no longer had to make offerings. 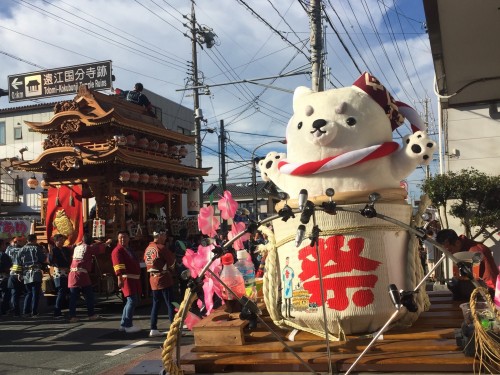