Mount Nasu first attracted me for a number of reasons. One, it is a group of not one, but five complex volcanoes. Two, steam comes out of it. And it seems that that was all the information I needed to get into my tiny car and attempt a drive to the coolest looking mountain I had ever seen. 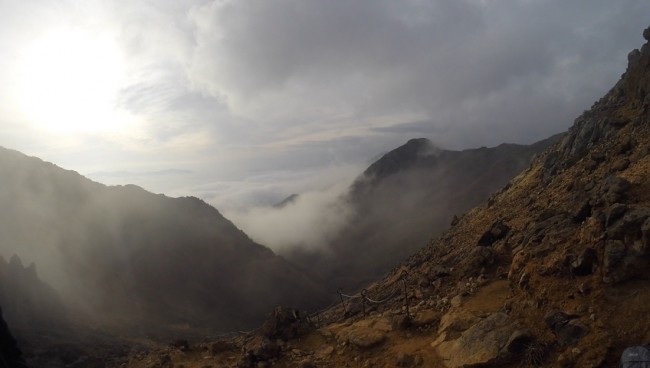 The five volcano peaks, collectively and conveniently known as Nasu Five Peaks (Nasu-go-take), Mount Nasu has earned its spot as one of the one hundred most famous Japanese mountains. Its impressive range of hiking routes through a spectacular seasonal flourishing of autumn colours, make it pretty obvious why. This mountainous volcano range stands as one of the most diverse you could ever see, as well as one you would be inclined to visit over and again. 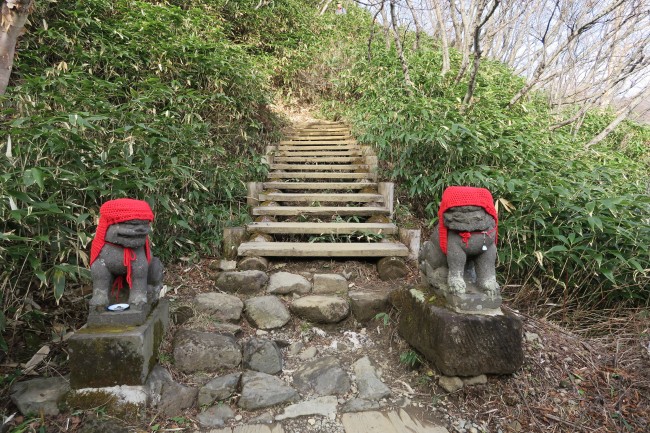 Each hiking route begins with an initial climb of around 40 minutes, following a picturesque, well signposted, winding trail through a secluded, wooded area. When you finally emerge through the concealing foliage, you are greeted by the overwhelming view of the peaks, complete with tiny trails of steam puffing from Mount Chausu like an impressive chimney. Unlike other, more commercial mountains, this one thankfully is not covered in souvenir shops and vending machines; there is only a small, mystical, wooden hut in the distance, which was put there as a shelter just in case the volcano decides to have a tiny explosion. 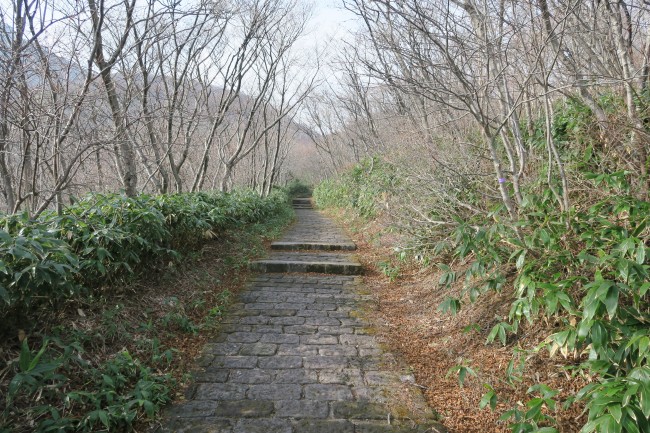 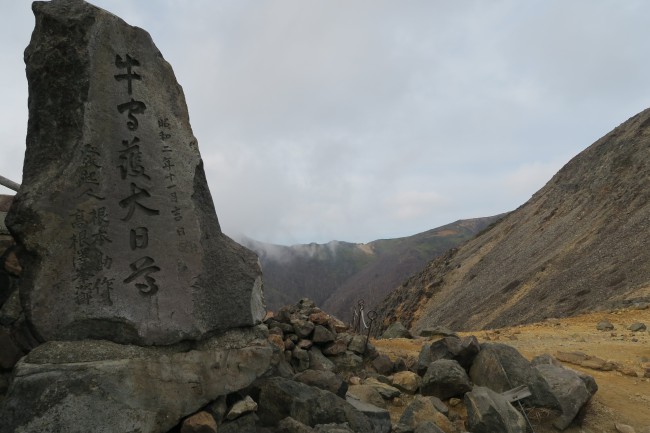 Taking a left at the hut and climbing for an extra 20 minutes will take you to the Mount Chausu’s volcanic crater; it is the second tallest summit at 1915m, and the only one among Mount Nasu’s five that remains an active volcano. Since it is actually possible to walk around the rim of this magnificent crater, the route is unsurprisingly very popular, and is often crowded on weekends. In fact, hiking past a large group of Nikko elementary school children along the way is not uncommon. 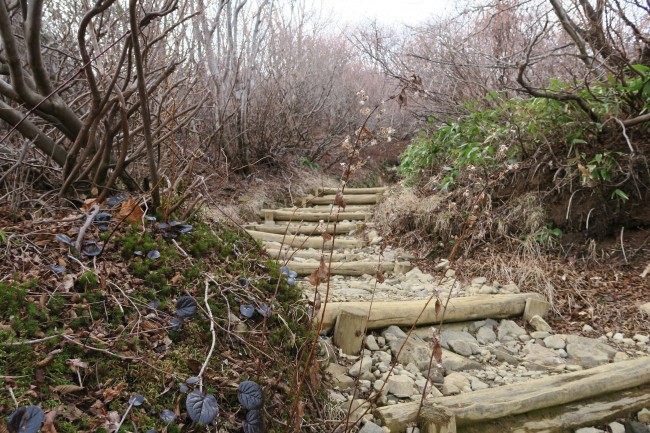 If you lack time for hiking or simply want to avoid school children at all costs, there is also a gondola from the car park to Mount Chuasu’s peak, but with an adult round trip ticket costing ¥1,800 (round trip for child: ¥900; one way for adult: ¥950, child: ¥480), it is pretty expensive.

Alternatively, taking a right at the hut will lead you towards Mount Asahi (1896m). From there, you can follow the signs towards Mount Sanbonyari. This volcano summit, at 1916.9m (6,289 feet), stands highest over its companions. Hiking can be done all year round but be prepared for snow during winter with often drastically colder temperatures nearing each summit. 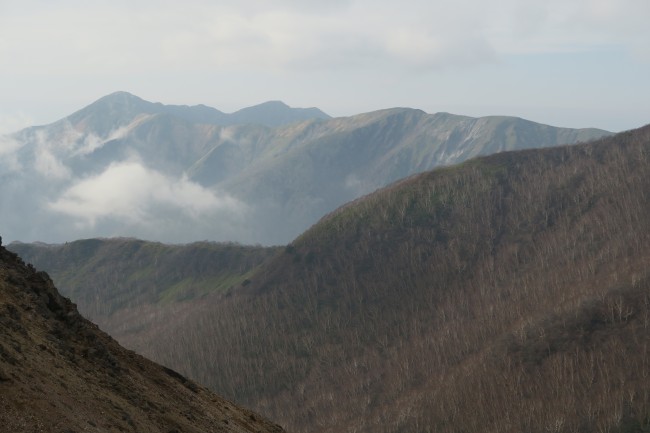 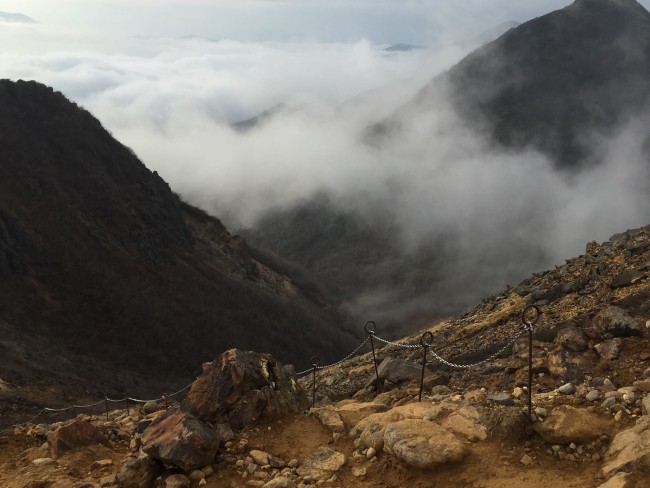 It is safe to say that Mount Nasu does not disappoint, whenever you might go. The area is well facilitated with toilets, food, an information center and even a natural hot spring, without ruining the natural beauty of the volcano range or the hiking experience. You can even add another experience by trying “yuba,” deliciously silky tofu skin famous in the Nikko region.

Mount Nasu really is something special. Seeing steam actually rising through the ground whilst standing upon an active volcano was just beyond magical for me, despite the somewhat barren November landscape. But after seeing pictures of Nasu during autumn and missing out on seeing a massive volcanic crater due to ridiculously bad planning on my part, the next time I visit may actually crown Nasu Five Peaks as one of the best mountains I have ever climbed. 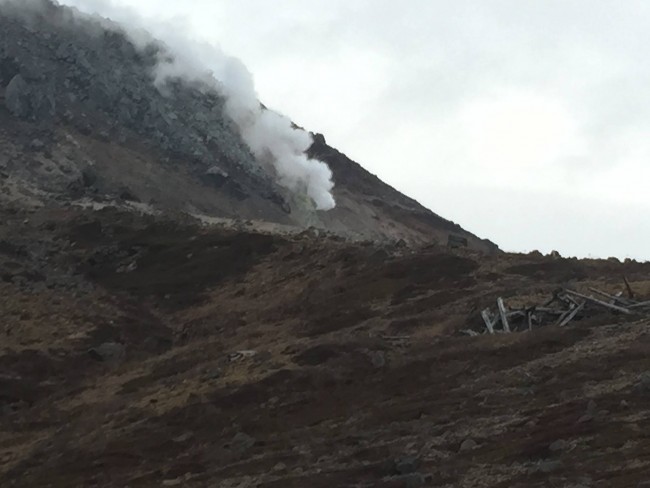