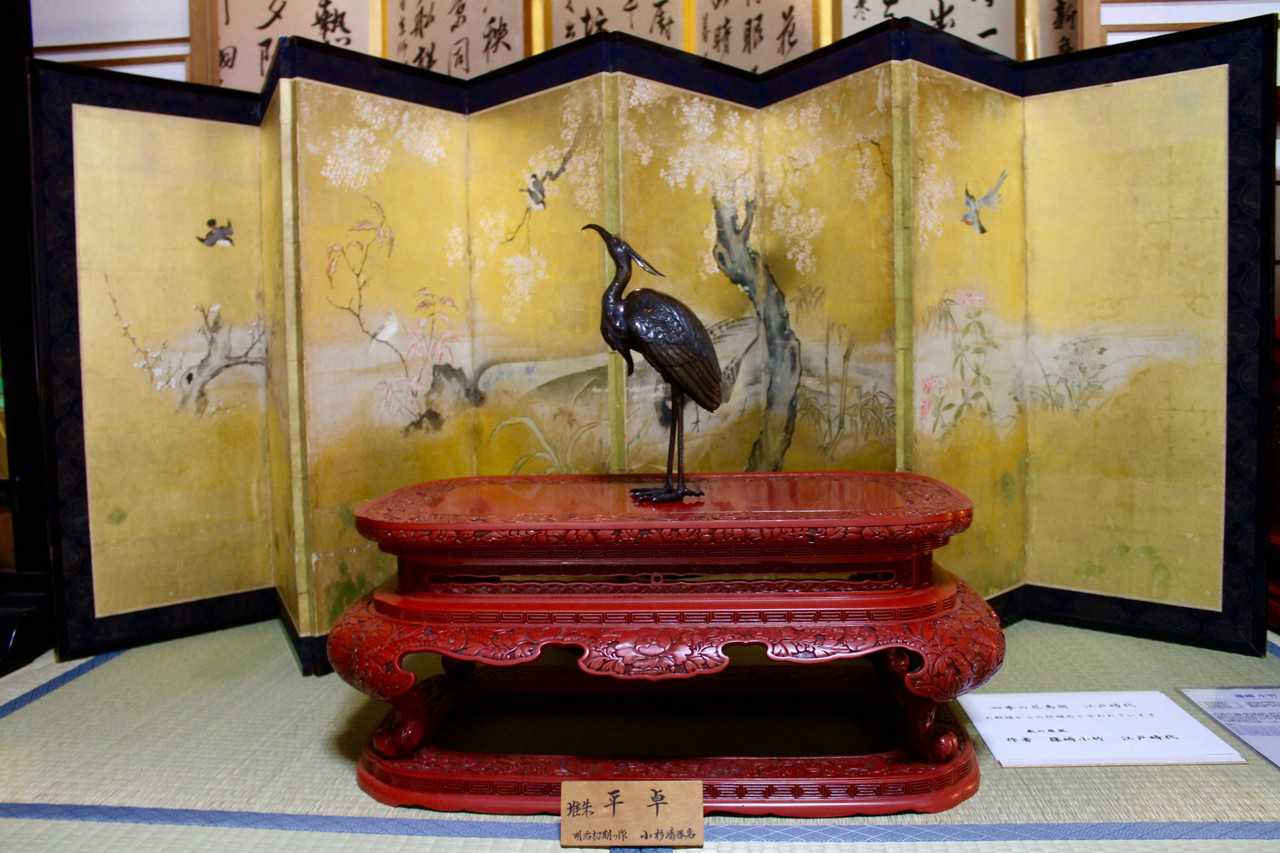 A former castle town, Murakami has plenty of contemporary renown, from its signature dried salmon, to its teahouses, elegant lacquerware and gourmet wagyu beef. But every year, from mid-September to mid-October, Murakami shifts its attention from these attractions to displaying its long history in the Niigata region, with the Machiya Byobu Festival. 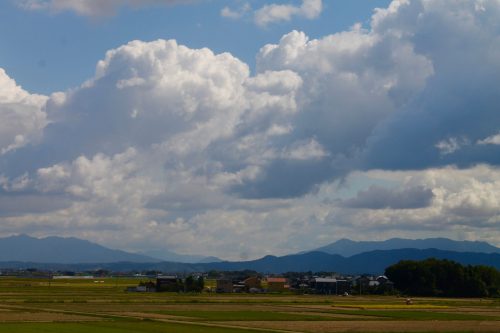 Run by the city government, the local festival combines two long-held Japanese traditions: machiya (traditional wooden townhouses) and byobu (folding screens). For this month only, the shops and homes located inside Murakami’s many machiya open their doors for free to visitors, proudly exhibiting their collections of byobu, with some dating back to the Edo period (1603 – 1868). 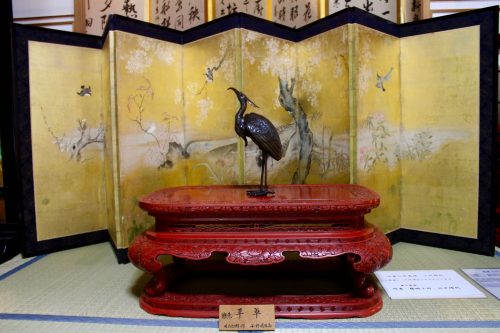 During my trip to Murakami in late September I had the chance to visit several of the stores taking part in the Machiya Byobu Festival. All the participants are volunteers, warmly welcoming passerby into their shops and homes, often offering tea and friendly conversation. In Murakami, it’s customary to always stay for a second cup of tea before continuing on your way. It’s not a difficult custom to observe, with delicious green tea being the norm among the locations I had the chance to visit. 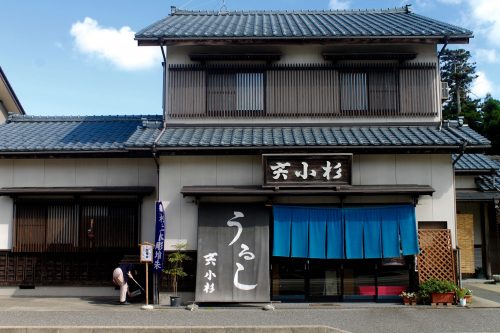 My first stop of the day was at Kosugi Shikki (小杉漆器店), a lacquerware shop that dates back to the Edo period. Mrs. Kosugi greeted me at the entrance, walking me through the pieces they had on display for the festival. The centerpiece of the room was a gorgeous golden byobu set behind a statue of a crane, which was placed on one of their signature lacquerware tables. We soon settled down for tea in the back room where the byobu were displayed among antique clocks and other historical artifacts. 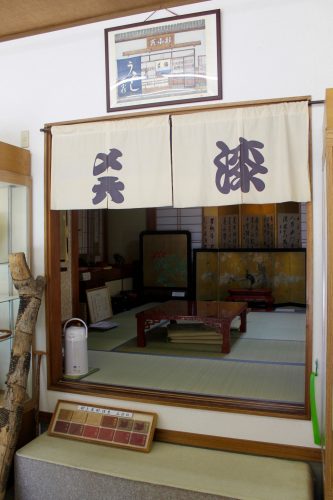 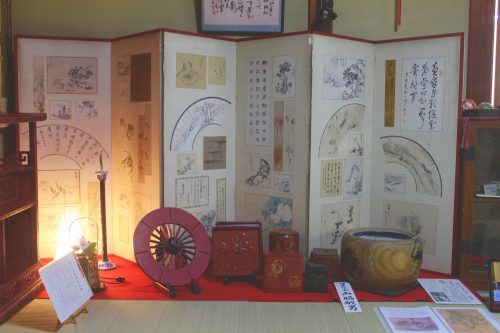 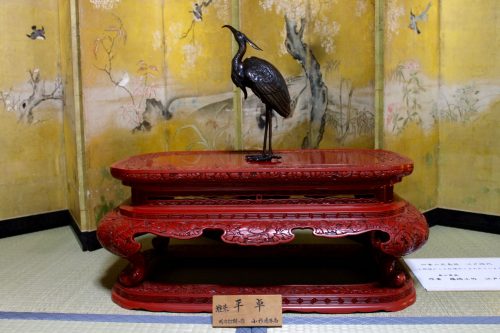 Murakami is well known for its lacquerware artisans, and Mrs. Kosugi explained some of this history to me. While most of Japan is recognized for glimmering black lacquerware, Murakami is famous for its tsuishu, wood engravings coated in a vibrant red lacquer. 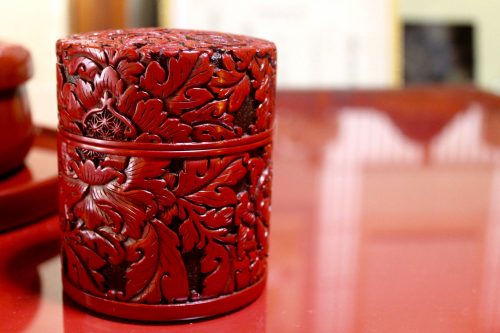 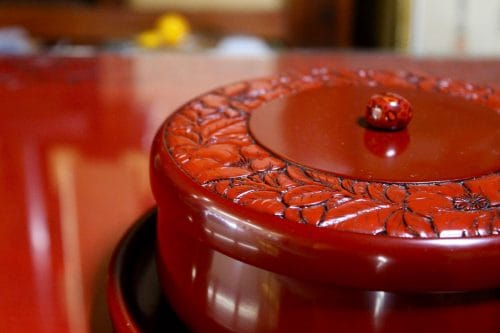 The shopped was filled with these crafts, from smaller dishware and chopsticks, to a full dresser and coffee table, Mrs. Kosugi painting many of the pieces herself. The intricate wood engravings included one small circle with a unique stylized pattern, apparently a signature of sorts to differentiate between each of Murakami’s well-known wood engravers. 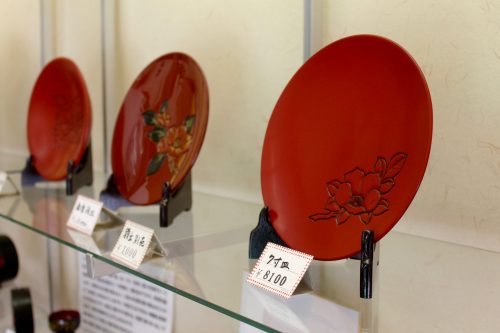 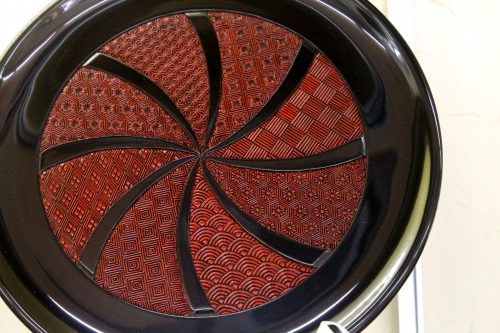 After leaving Kosugi Shikki, I took a short stroll down one of Murakami’s main avenues to Masusen Chaho (益仙茶舗). A traditional tea shop, many teapots and cups were at the front of the shop, alongside a varied display of containers with dried tea leaves. It was a quiet weekday afternoon and I was the only customer in the shop. 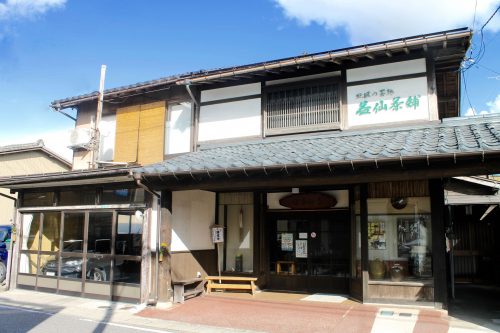 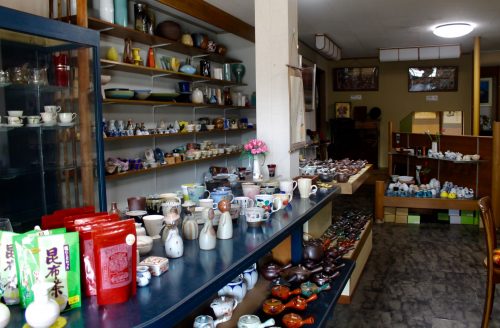 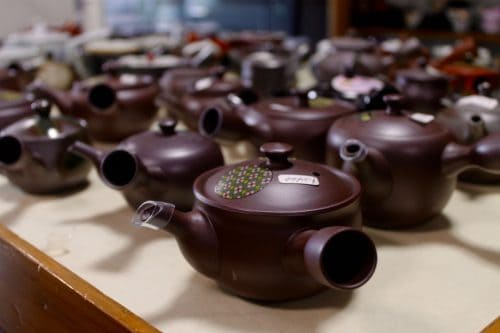 The owner greeted me and gestured to the back of the store were hanging scrolls were exhibited alongside beautiful prints of sailors and ships at the dock. I asked the shop owner if these were of Niigata (the nearby city, that was once a historic port). She explained they were in fact of Nagasaki on the island of Kyushu, which was home to an international port that served Portuguese and Dutch merchants during the Edo Period. As a tea shop, it made sense that I enjoyed this cup of tea the most, a beautifully steeped ice-cold green tea. I gladly welcomed the second cup.

Hospitality and history at the Machiya Byobu Festival 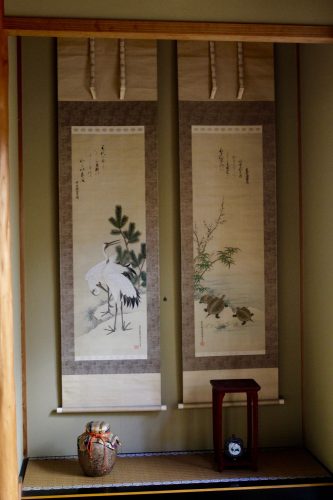 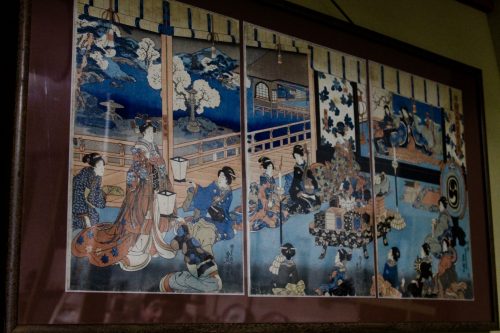 My next stop, once again in easy walking distance, was Kokonoen (九重園). Another tea leaf dispensary, this store had the most extensive collection of antique byobu. 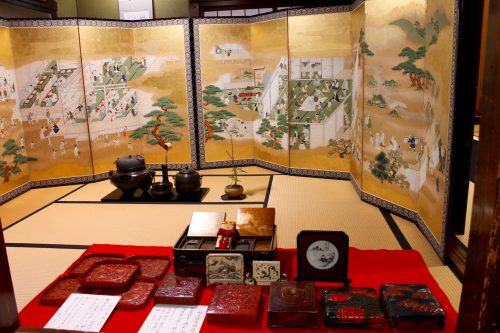 Laid out on traditional tatami floors were five separate folding screens, one with folktales written in calligraphy, another featuring traditional Chinese tiger iconography. Each was striking and notably different from the rest. The owner of this shop had the most historical knowledge of their machiya, treating the space as a museum and giving the visitors a full guided tour of the home and the screens. 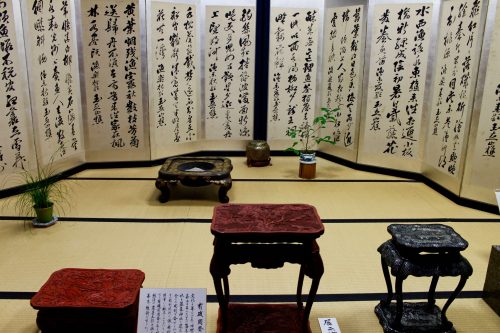 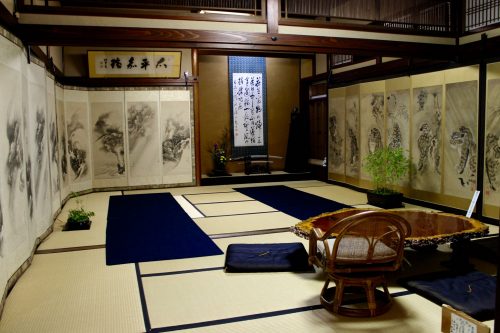 The final stop of the day was Yamakichi Art Gallery (町屋のギャラリーやまきち), close to Murakami Station. I was warmly greeted by the husband and wife who owned the gallery as a stepped inside the old home, marked by dark wooden support beams and high roofs. The traditional firepit at the center of the house had been converted into the byobu exhibition space, that showcased an elegant painting of a mountain landscape on golden byobu. 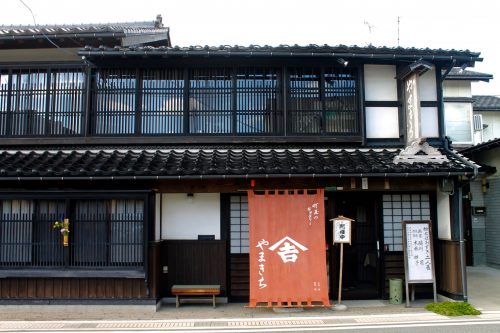 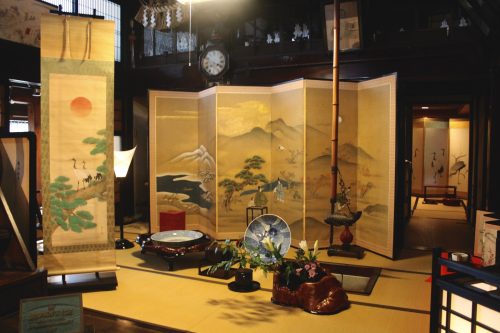 The machiya was used year-round to exhibit the work of locals artisans and painters, specifically watercolors of Murakami and Niigata landscapes, as well as finely chiseled wooden toys and sculptures. 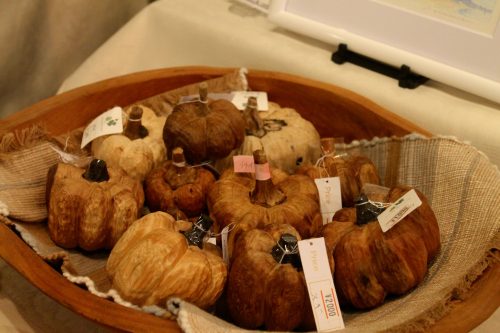 As a parting gift, the owners of the shop gave me a small wooden keychain to latch onto my camera bag. It resembles the beautifully bright red hozuki plant, that looks almost like a paper lantern. The gesture was an exemplar of the warm hospitality you’ll find in the machiya of Murakami during the annual Machiya Byobu Festival.