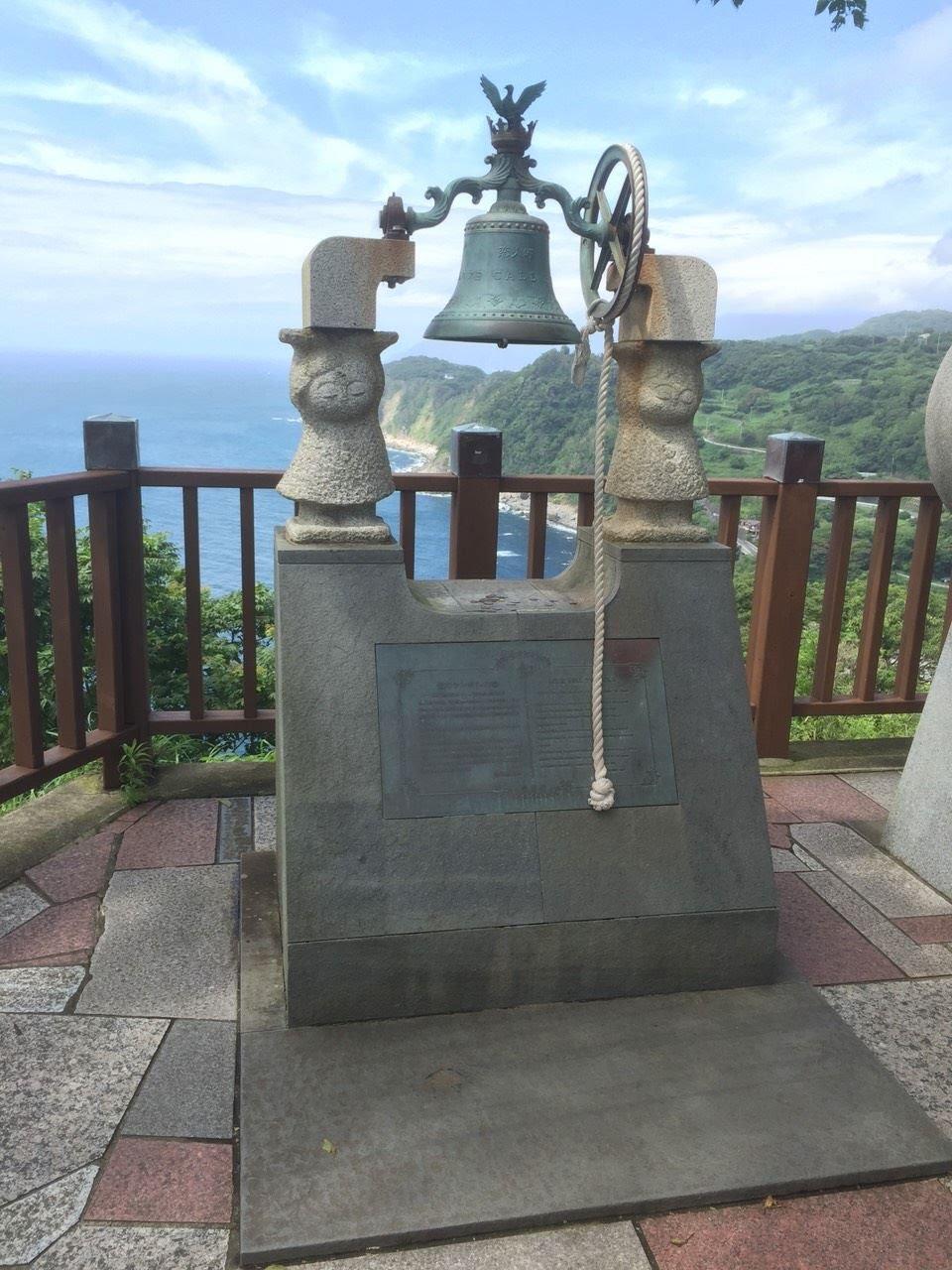 Tokyo getaway to a cafe and cape: Koibito Misaki

Midway on our trip from Tokyo, we found ourselves on a very scenic drive along the coast from Numazu to Koibito Misaki. The drive was definitely the best part, and remains one of my favorite memories in Japan. The road was quite curvy, being on a cliff side, so I don’t recommend it to relatively new drivers. If you’re comfortable enough to drive on those kinds of roads, I highly recommend taking this path.

By beaches and mountains rising from the sea, we were fortunate enough to have a sunny day, making the drive that much better. Through the entire ride you’re either looking out at the sun glistening off the ocean or immersed in the lush tropical forests while going in and out of the trees. There’re a lot of beaches along the way – even one with a shrine. So, if you didn’t get a chance to take a dip in the ocean yet, there’re lots of chances along the drive on this road. 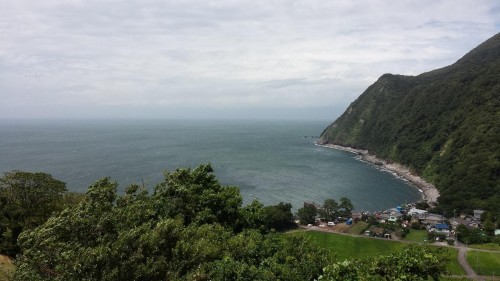 I highly recommend stopping at for lunch or a snack at one particular cafe along the drive. The place is called Azasebora, or アザセボラ as it’s written on the sign, and it’s quite possibly the loveliest cafe that I have ever had the pleasure at stopping at. There’s something about the cafe that feels surreal, almost like I was a character in an anime. The cafe itself feels like an elegant treehouse with its wooden floorboards, the plants hanging from the ceiling, and even the tree growing right through it. It’s stylishly decorated with quirky collectibles and other small items that perfectly combine a classy and mature style with the slight childish undertone befitting a treehouse cafe.

On top of this unique setup and atmosphere, the cafe is situated on the side of the mountain, giving a spectacular view of the ocean (and even Mt. Fuji on a clear day) while indulging in a delicious parfait. Everything about Azasebora was perfect to me, to the point that I didn’t want to leave. It was such a refreshing place, different from anything I had experienced before. 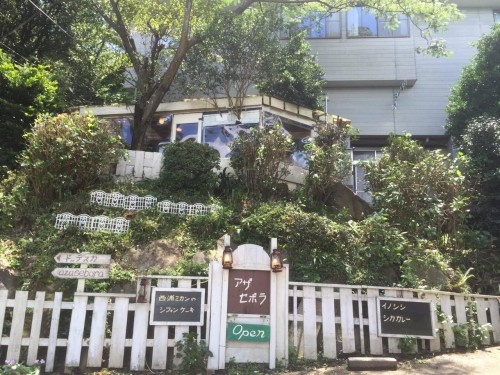 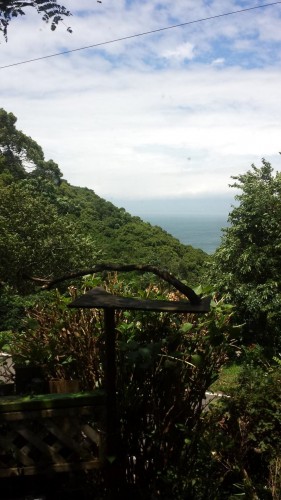 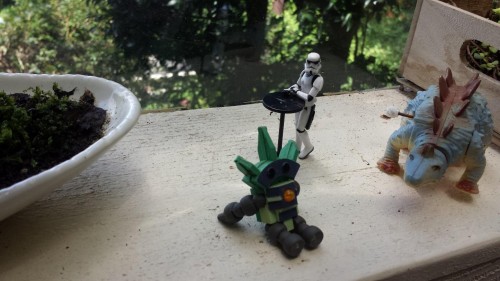 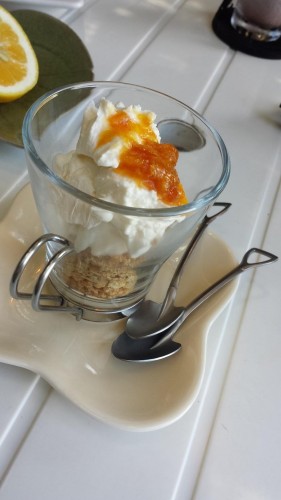 After a refreshing lunch break at the cafe, my boyfriend and I finally reached our destination, Koibito Misaki (Lovers’ Cape). If you’re into couples accessories, this place will be like heaven. Within the shop they’ve got racks upon racks of different couples keychains, plushies, phone accessories; you name it.  The main attraction here isn’t the shop though, but rather the “Love Bell.”

From the shop couples follow a path down through a forest and down the cliff side to a wooden walkway that goes out towards the ocean. Reaching the walkway, get another spectacular view of the ocean and the mountains – a personal favorite combination of mine. It also has benches with little white hearts painted in the middle, continuing the romantic feeling. 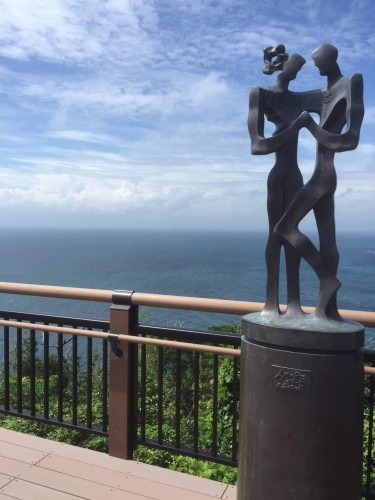 On this walkway there are two bells that either couples or those looking for love should ring. The first one on the path is dedicated to couples and faces Mt. Fuji. This bell is meant to be rung by couples together to bring happiness to the relationship for years to come. 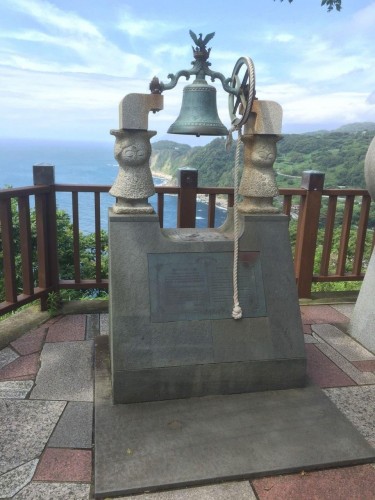 Further along is the second bell, situated in a large area with a spectacular view of the ocean. This bell is meant for those who are searching for a special someone, and to be rung while thinking about that special someone. It’s said that by ringing this bell, your love will come true. 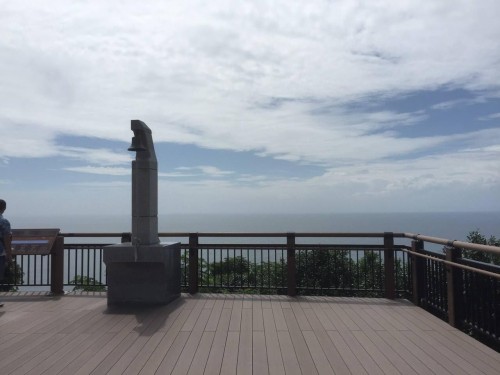 Heading back to the shop, couples can purchase a certificate to prove they rang the Bell of Love, along with some other goodies. There’re also gardens within the area, which might be a nice place to walk around admiring the beauty of nature a little more before heading back home after a wonderful trip. Those who have a few extra days to spare, I would recommend either stopping by the hot spring resort town of Hakone, or heading the opposite way to Mt. Fuji to enjoy a few more exciting adventures in that area. 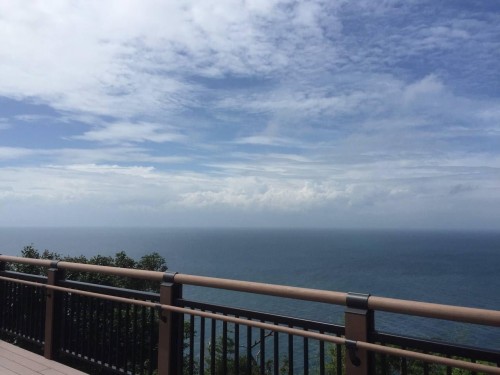 You’re probably wondering how to get and drive a car if you don’t own one. Well, if you’ve got an international license, renting a car is easy and affordable. Car rentals start from about 5000 yen a day, but can be more expensive depending on the company and the type of car you want. Large companies, such as Toyota, offer their services in English for those who can’t speak Japanese or are worried about your Japanese ability.

All that’s needed to rent a car is a passport, an international driver’s license and the money. A useful website would be www.timescar-rental.com. They offer their website and services in English as well. Another important thing to note when you drive in Japan is that they drive on the opposite side of the road (if you’re coming from countries such as Canada or the States). Make sure you’re comfortable and ready to drive on the streets as the Japanese do before taking on such a trip.

Renting a car and going for a drive might not seem like a very plausible option to some, but if one needs to break out of the usual touristy trip, such a road trip might be a nice escape. Although Koibito Misaki geared towards couples, many of the places I recommended are great spots for friends who want a break from the busy city life as well.

Access:  Take a bus from Syuzenji Station to Koibitomisaki and walk 15 minutes.