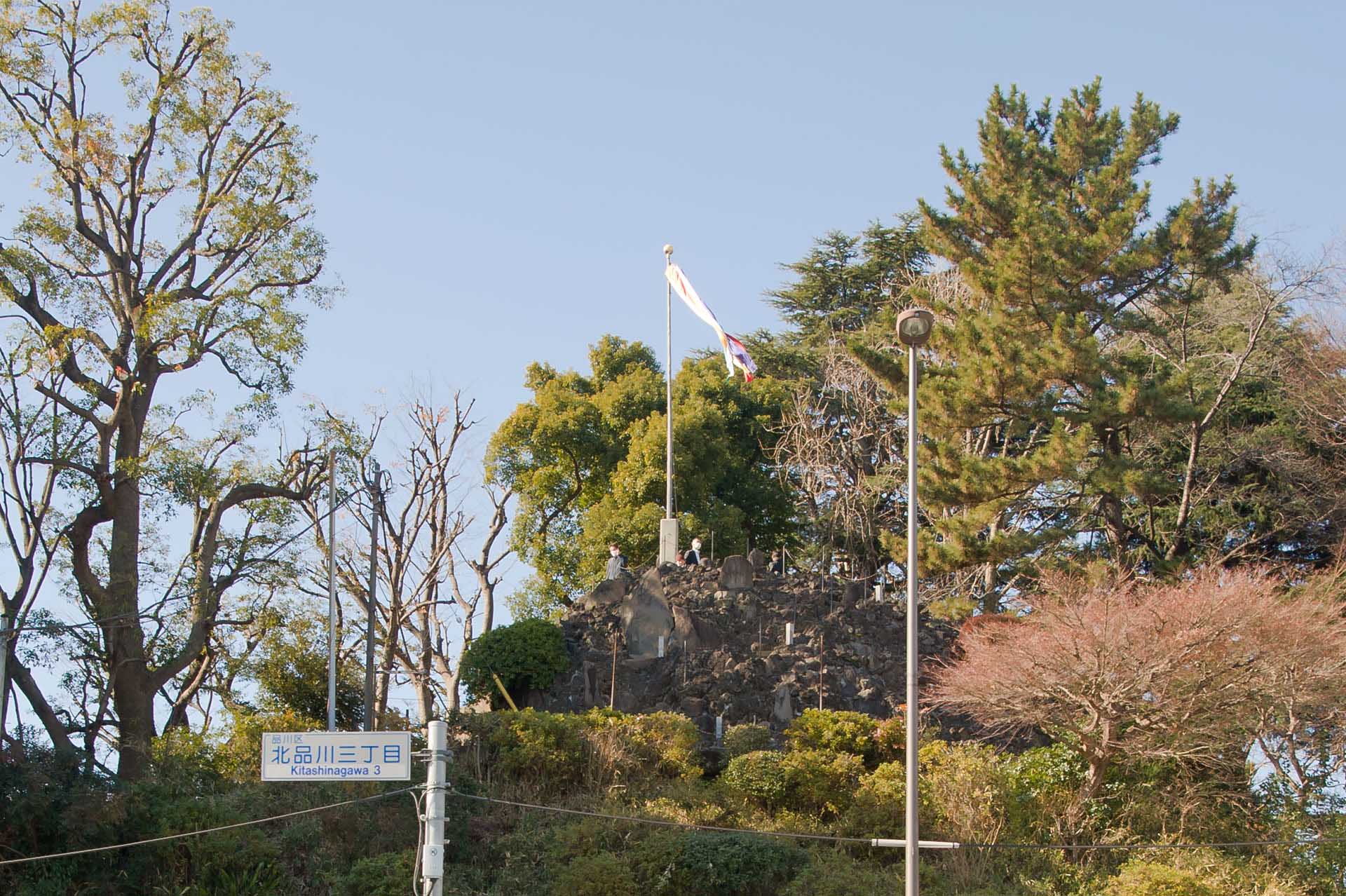 Hiking to the iconic summit of Japan’s tallest mountain is a bucket list ambition for both Japanese and international visitors alike. However, thanks to a uniquely Japanese religious movement that emerged during the Edo Period, you don’t necessarily need to climb Mount Fuji to climb Mount Fuji. You can just climb a fujizuka instead.

As the nation’s most famous landmark, Mount Fuji has long been a place of pilgrimage. Devotees have embarked on arduous treks from all over Japan to worship the mountain’s deities for centuries. Yet there’s a well-known saying in Japan — a wise man climbs Mount Fuji once, but only a fool climbs it twice. Whilst ascending Mount Fuji certainly features somewhere on my big list of things I’d like to do in Japan, the wisdom needed to climb it just once also requires a degree of effort that I currently do not possess. However, thanks to fujizuka, it’s possible to climb several scaled-down versions of Mount Fuji in a single day without feeling remotely foolish.

Fujizuka (富士塚) are small-scale replicas of the real Mount Fuji located in Shinto shrines dotted all over greater Tokyo. The idea to build surrogate Mount Fujis emerged in the 16th century with the formation of a religious movement in Japan called Fujiko. Though Mount Fuji had been home to several sacred sites for centuries, for the followers of Fujiko, the mountain itself is revered as a deity and is seen as the holiest place in all of Japan.

By the early 19th century, the Fujiko faith was so strong that there were said to be around 800 active branches of the sect. Central to their worship was the need to make a pilgrimage to and climb Fujisan at least once a year. However, getting to Mount Fuji in the early 1800s was not easy for many of Fujiko’s early devotees.

Still over a century away from the invention of the shinkansen, making the pilgrimage from Tokyo to Mount Fuji, and the subsequent climb to the top of the mountain, was beyond some. For the elderly, frail or female (women were not allowed to climb Mount Fuji until the 1860s), Fujiko created the fujizuka, a Mount Fuji-shaped mound that allowed their followers to (sort-of) climb Fujisan by proxy.

What are the Characteristics of a Fujizuka?

Fujizuka vary in size, with some ranging from just a few feet high and others up to 15 metres tall. Most are built from rocks and shaped to resemble the real mountain, with special attention always paid to the volcanic likeness — many fujizuka include a smattering of volcanic rock taken from Mount Fuji at their peak. The first fujizuka to be built in Tokyo, at Mizuinari Shrine near Waseda, was made entirely from rocks brought all the way from Mount Fuji.

Fujizuka also typically incorporate many real features of Mount Fuji. These include markers that denote the ten stages of the ascent placed along the route to the peak. A torii gate typically marks the entrance to most fujizuka, signifying the distinction between the secular and spiritual worlds. Some also have a small Asama Shrine nearby — Asama being the deity of volcanoes and Mount Fuji.

How Many Fujizuka Still Remain in Tokyo?

At the height of the Fujiko movement’s popularity, it’s believed that close to 800 fujizuka were constructed in and around Tokyo. Though there are still some followers of Fujiko in Japan, its decline in popularity, along with earthquakes, war damage and the urbanisation of Tokyo, means that there are around sixty fujizuka remaining today.

Can You Climb Tokyo’s Fujizuka?

In many cases, yes, and unlike the real deal, fujizuka are a doddle to climb. Some are closed to the public for the majority of the year and only open on special occasions, such as during festivals specific to that shrine. The fujizuka at Ono Terusaki Shrine near Ueno is only opened up for a few days a year to mark the start of the climbing season of the real Mount Fuji (the rest of the year, it’s home to the shrine’s huge family of stray cats). For some reason, the fujizuka at Mizuinari Shrine, the first to be built in Tokyo, is sadly locked away behind private buildings.

Some fujizuka are mostly ornamental and so small that they are not built for climbing. Yet several can still be climbed. Best of all, there’s no need for months of training, readjusting to inhospitable altitude and freezing cold temperatures or whatever else climbing an actual mountain entails.

Where Can I Climb a Fujizuka in Tokyo Today?

The majority of Tokyo’s fujizuka are dotted around the city’s suburbs, tucked alongside long-established shrines in the north and particularly in the east of the city. There is still a handful within central Tokyo though, and some of these are amongst the best-kept fujizuka of those that remain. Here are three of the best remaining fujizuka in Tokyo.

One of the most prominent fujizuka can be found at Shinagawa Shrine (品川神社). The entire shrine complex is elevated above the street level, and the fujizuka towers over the road below. A torii gate marks the entrance to the fujizuka halfway up the long staircase that leads to the shrine. Straw sandals hang next to a small shrine dedicated to Sarutahiko, the deity of guidance and travel.

Signposts mark the way along ten stages of the ascent. It’s a fairly steep, if short, and entirely manageable climb to the top. A large platform complete with a giant flagpole marks the summit of the fujizuka. On reaching the peak, I was met by a woman sitting beneath the flagpole who was happily tucking into a spot of lunch and taking in the views of modern-day Shinagawa in the midwinter sunshine.

Construction of Shinagawa Shrine’s fujizuka began in 1869 and took three years to complete. The view from the top will have changed beyond recognition since it was built. The path down from the top leads to an Asama Shrine, whose two guardian lion dogs stand on plinths decorated with murals of Mount Fuji.

Now dwarfed by the gleaming new apartment buildings of Nishi Shinjuku, it’s almost impossible to imagine the original surroundings of Naruko Tenjin Shrine’s (成子天神社) fujizuka. Yet, despite being hugely at odds with its surroundings, Naruko Tenjin’s fujizuka is beautifully preserved and cared for. Located behind the main shrine building, a sign in Japanese and English explains the history of the mini Fujisan.

Naruko Tenjin Shrine’s fujizuka was created from an existing hill in 1920 using lava rocks from Mount Fuji, making it one of the last to be built in Tokyo. It’s a fairly faithful replica too, and you need your wits about you to get to the top. A very narrow and incredibly bumpy mountain path leads to the summit, where a small shrine sits at the top. On reaching the peak of Naruko Tenjin’s fujizuka, I took in the view. Besides the high-rise apartments that still towered over me was the sight of disinterested workers eating their lunch in their van in the car park opposite. Perhaps this was an indication of just how little most people are aware of these archaic mini-Fuji hidden amongst the city. Feeling slightly dejected on this historic little landmark’s behalf, I decided to make my descent. As I reached the bottom, I was delighted to see that a woman had climbed the summit after me and was deep in prayer to the shrine at the top.

Tucked away in the upscale area of Sendagaya, Hatonomori Hachiman Shrine (鳩森八幡神社) is home to perhaps the best fujizuka within central Tokyo. A beautiful shrine complete with a noh stage, this fujizuka, commonly referred to as Sendagaya Fuji (千駄ヶ谷富士), was constructed in 1789 and has been excellently maintained. In fact, Hatonomori Hachiman’s fujizuka has been granted the status of a Tangible Folk Cultural Property of Tokyo by the government’s Agency for Cultural Affairs.

Hatonomori Hachiman’s 16-foot tall fujizuka most resembles the real Fujisan, and playful signposts mark the stages and the direction of the climb to the peak. Torii gates and small shrines adorned with shimenawa (rice straw or hemp rope) and shide paper streamers dot the path to the summit. Mount Fuji rock has been used to crown the mini mountaintop. The ascent is appropriately mountain-like too, often narrow and precarious in places for an added sense of authenticity. With a lovely view of the shrine’s grounds from the summit and taking just a few minutes to conquer, you’ll wonder why anybody bothers to climb the real thing.

How to Get to Tokyo’s Mini Mount Fujis

All Fujizuka mentioned in this article are accessible via major train lines in Tokyo. Shinagawa Shrine is a 2-minute walk from Shimbamba Station (新馬場駅). Nishi-Shinjuku Station (西新宿駅) is just 2 minutes on foot to Naruko Tenjin Shrine whilst Hatonomori Hachiman Shrine is a 5-minute walk from both Sendagaya (千駄ケ谷駅) and Kita-sando (北参道駅) stations.

Fujizuka certainly ranks amongst the more unusual landmarks in Tokyo. A charming and practical way to display devotion to Japan’s most famous mountain, these miniature Mount Fuji replicas are also a reminder of a time when travel wasn’t accessible for all. Nowadays, they’re also a pretty easy alternative for those of us who can’t quite find the motivation to climb the real Mount Fuji.

Born in Cardiff, Wales, I have lived in Tokyo since 2020. Having fallen in love with Japan on my first visit in 2013, I have since visited 30 of Japan's 47 prefectures. I'm a huge fan of all things Japanese, particularly sushi, sumo and sake. Besides writing I'm also a passionate photographer. When I'm not planning my next article I can usually be found exploring Tokyo or plotting my latest trip to an as-yet-unexplored prefecture.