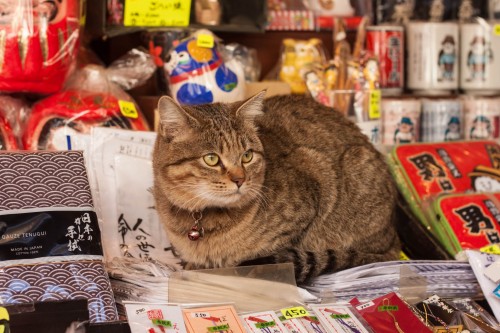 Shibamata, Tokyo: Discover the Charming Highlights of this Small Town

Located in the east part of Tokyo, Shibamata town retains a unique historic atmosphere and is a popular destination for Japanese tourists. The town is famous for a film series called “Otoko wa Tsurai yo” or “It’s Tough Being a Man,” and has numerous attractions related to the series, including a statue of the main character Tora-san and his sister Sakura who greet guests as they exit Shibamata station.

One of the most popular spots to visit is Shibamata Taishakuten Temple, and the street leading up to the temple. Upon leaving the station, Taishakuten-Sando can be seen directly ahead, characterized by numerous food stalls and souvenir shops, visitors don’t have to worry about getting lost in this small tourist-friendly destination, and even if they do, there are maps and landmarks throughout out the city.

After leaving the station, directly past the statues of Tora-san and his sister, you can find the entrance to Taishakuten – Sando. The approach to the temple is lined with row upon row of shops selling local specialties, skewered river fish, sticky dango, sesame sembei, and so much more, so take your time perusing the various items, and don’t be shy to buy something if it peaks your interest, the vendors were very friendly!  One of the first places you might notice on the approach to the temple is a small shop with a large coca-cola robot out front, this is actually a sweets and snacks shop that was used in “Otoko wa Tsurai yo,” and is often crowded with fans and hungry children. It’s worth taking a look inside, as the small tight-packed shelves hold lots of goodies.

Don’t be surprised by the temple cats that wander the street and the temple itself, they have made themselves at home among the shelves and displays that line the streets. You might see them lounging among the goods themselves, or fighting in the corner, everyone else seems to ignore them, but I chose to snap a few pictures.

The temple itself is well known for its wood carvings, as well as its power to promote healing from disease and remove bad luck. As Taishakuten-Sando winds towards the temple, you will catch numerous people taking photographs of the gate before heading inside. Inside the gate stands a large pine tree which, believe it or not, is over 500 years old. The tree resembles a dragon, try to spot it as you head inside. Many of the buildings feature wood carvings, but the most spectacular ones can be viewed inside, and visitors must pay to enter. Don’t worry though, the fee is only 400 yen, and also allows you access to the beautiful gardens behind the temple.

The wood carvings are incredibly intricate and depict scenes from folklore and Buddhist scripture. Each panel is accompanied by an explanation in both English and Japanese, to allow visitors to truly understand and appreciate the images.

Only a few minutes away from Shibamata Taishakuten Temple is the historic house Yamamoto-tei. This house was the former residence of Einosuke Yamamoto, the founder of the Yamamoto plant, and a manufacturer of camera components, but today it is open to the public for viewing. The house is unique in its combination of Western and Japanese architecture and interior decoration. For only 100 yen, visitors can peruse the house at their leisure, which overlooks some beautiful Japanese gardens. Most of the rooms are furnished in traditional Japanese style, with large open windows overlooking the garden and spacious tatami rooms, but peppered throughout the house are traces of Western architecture as well; stained glass windows can be seen in the guardhouse, and the drawing room boasts entirely western style furnishings, which were characteristic during the Showa Era.

A few minutes walk from Yamamoto-tei is the Edogawa River. The river features wide paved walking paths and grassy fields along the banks for sports practice. If you visit on the weekend you are likely to see soccer and baseball teams alike vying for space along the river banks. One of the more unique features of the Edogawa is the Yagiri no Watashi, or the traditional river crossing. This is the last traditional boat crossing left in Tokyo, and for only 200 yen visitors can take the traditional crossing to the other side of the river. If you need a break from the museums or just want to enjoy the weather, take a rest next to the Edogawa River and relax, and if you feel up to it, why not try the Yagiri no Watashi boat trip!

If you are interested in the “Otoko wa Tsurai yo” films, or just want to see some neat stuff, why not stop by the museums dedicated to both the films and the director. The Tora-san Museum and the Yamada Yoji Museum are located nearby both the temple and the river and might be worth stopping by while you are in town.

Shibamata Station is only served by the Keisei train lines. While getting there is quite easy, it is worth taking a look at some of the train passes the company offers.

The Shitamachi Biyori Pass is a one-day train pass that allows guests to ride on any Keisei train line in Tokyo. The pass also offers discounts and benefits along the way at specific retail locations. You can visit their website here for more information.

All the sights in the town are within an easy walking distance from Shibamata Station. To get to Shibamata Station take the Keisei Main Line from Keisei-Ueno or Nippori Station to Keisei-Takasago Station (15 minutes) and transfer to the Keisei Kanamachi Line for Shibamata (2 minutes). The entire one-way trip only takes about 25 minutes and costs around 260 yen.