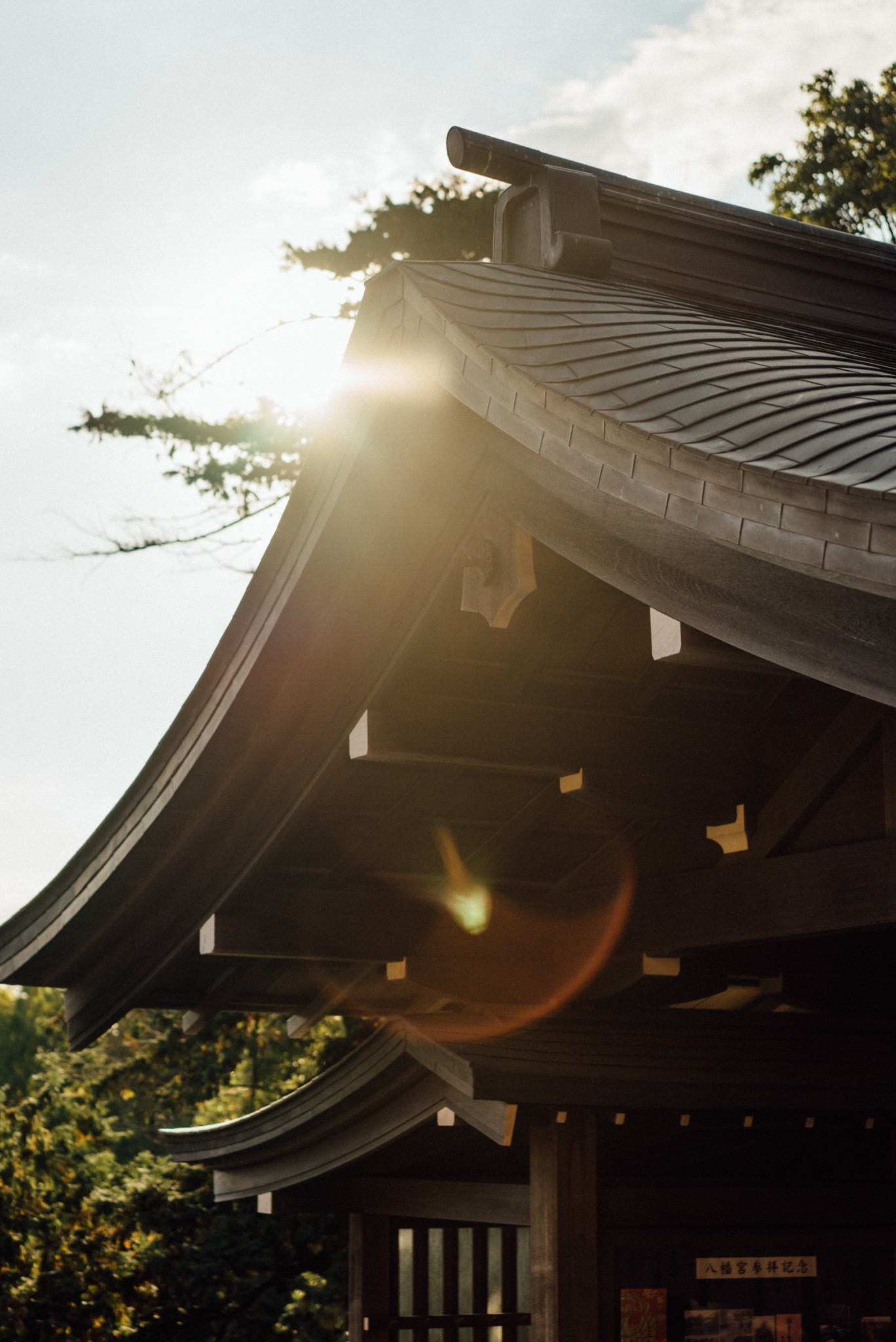 Even if you’ve never been to Japan before, you’ll likely be aware that Japan is famous for its temples and shrines. Across the country there are thousands of temples and shrines, many being hundreds of years old. They are visited by tourists and locals alike, to pray, reflect or just to appreciate the stunning architecture of centuries past. Kamakura’s Tsurugoaka Hachimangu (鶴岡八幡宮) is an extremely important shrine to the residents of this popular part of Kanagawa prefecture, but what makes it even more interesting is its Samurai history. 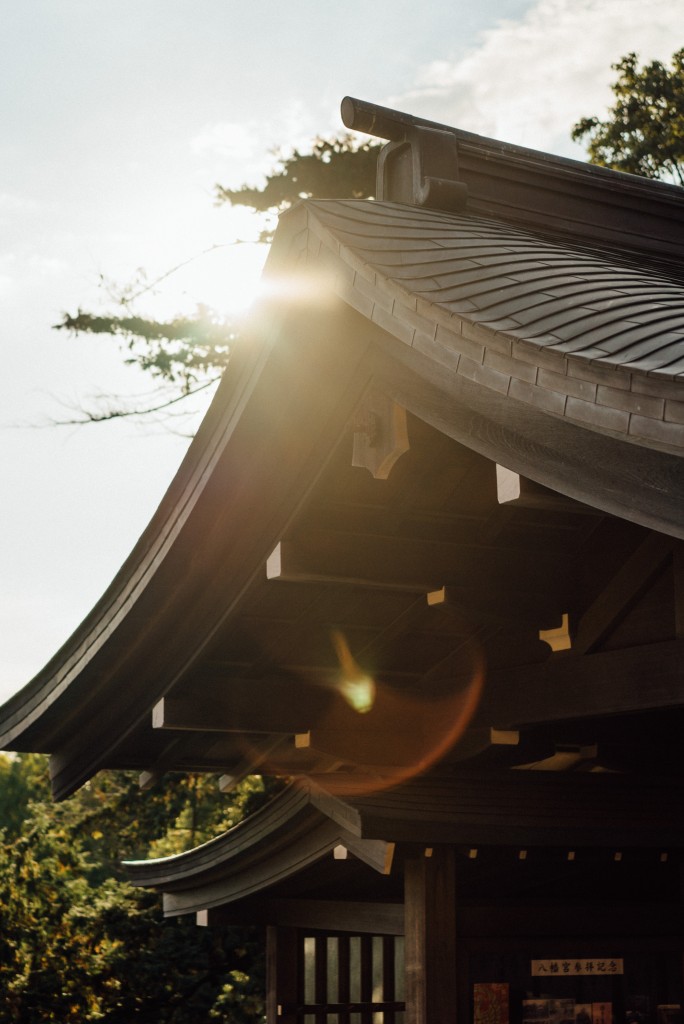 People may not know that Tokyo has not always been the capital of Japan, and that for a long time Kyoto was the country’s capital city. Before Tokyo, however, it was actually Kamakura that laid claim to the political capital of Japan by the Samurai. In around the 1100s, the Minamoto warrior clan, led by its leader Yoritomo, revolted against the Taira clan which controlled Kyoto. The Minamoto warriors won the battle, and the capital was established in Kamakura, where the very first Samurai regime was established. Samurai regimes existed all the way up until 1867, so it is indeed quite incredible that Kamakura is linked to such a rich and interesting part of Japanese history.

Tsurugaoka Hachimangu is a beautiful and massive shrine that dwarfed anything I had seen up until I visited. An interesting fact about the shrine is that the path that leads up the steps actually extends all the way out to the sea. It covers an approximately 1.8km stretch that includes Kamakura’s main street.

The easiest way to get to Tsurugaoka Hachimangu shrine is to take a train from Tokyo Station. Head to the JR Tokyo Station, and ride the Yokosuka line towards Kurihama. The journey takes about an hour, where you’ll alight at Kamakura station. Be mindful when leaving the station, as you’ll need to take the East exit. Walk straight ahead toward the main road, turn left and follow the road directly to the shrine! 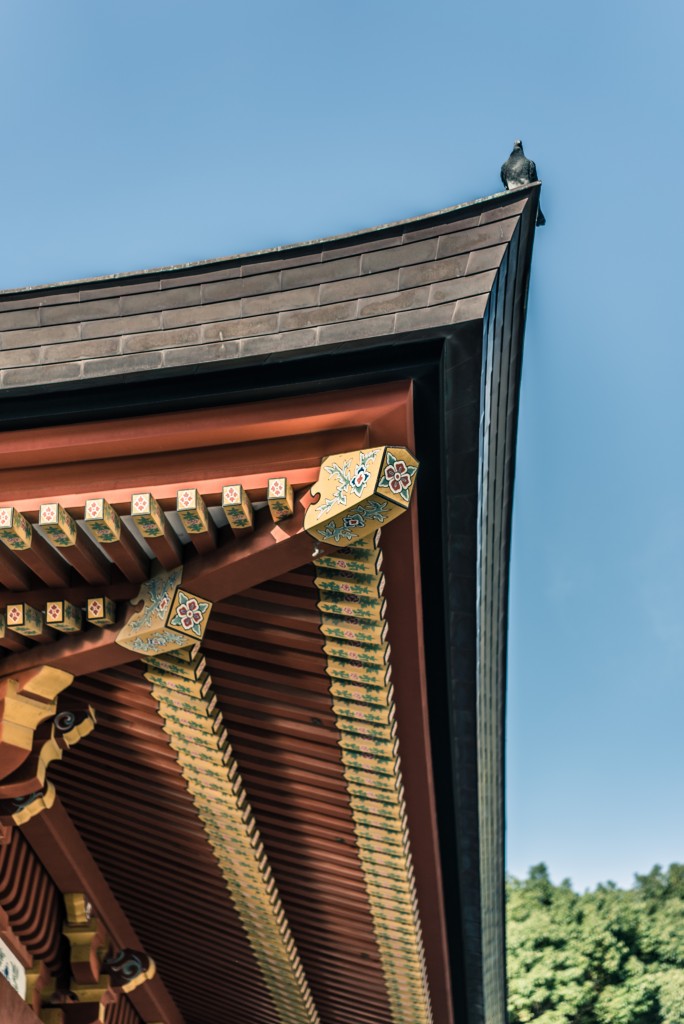 Tsurugaoka Hachimangu shrine itself is quite large, but what makes the visit more interesting is that it’s just one of several shrines in this immense area. As you approach the shrine, you’ll see a wide, open path with trees on either side. To each side there are large ponds where’ll you often see ducks and other birds frolicking in the water. While making your way toward the main shrine, you’ll spot a few other smaller but still amazingly crafted constructions. 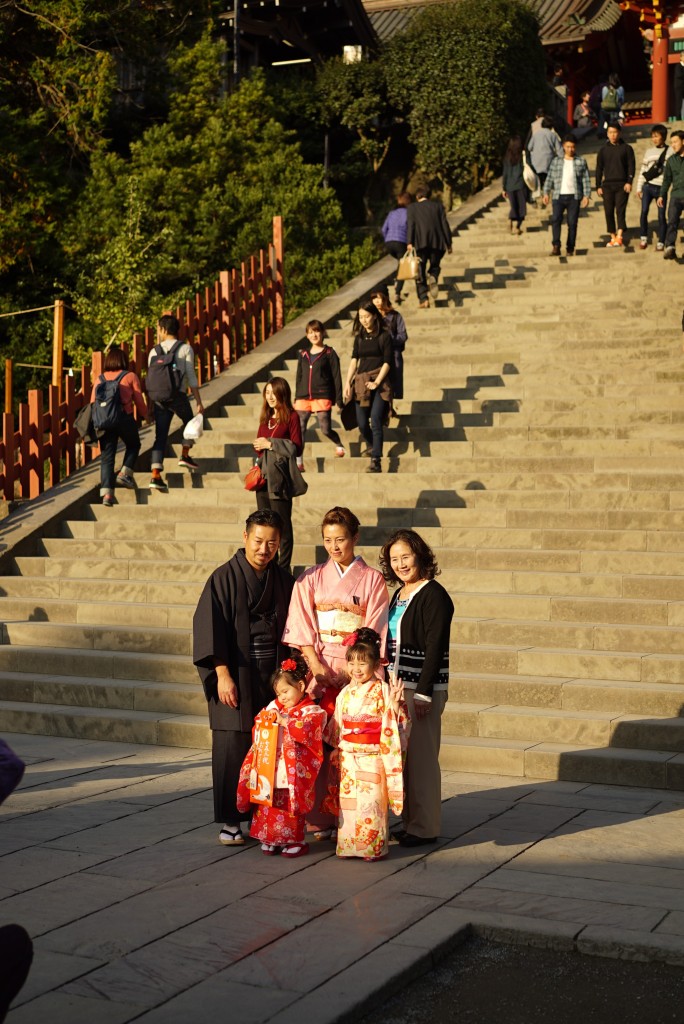 We visited Tsurugaoka Hachimangu during the Shichi-Go-San (七五三) celebrations, when families bring their children aged 3, 5 or 7 to shrines, often for the first, while dressed in kimono. It was a great experience to see so many families having a good time together and celebrating in traditional clothing.

Make your way up the steep stairs, where you’ll get a great view looking back down the long pathway. We managed to make it up by around sunset, which was especially stunning as everything had a warm glow. 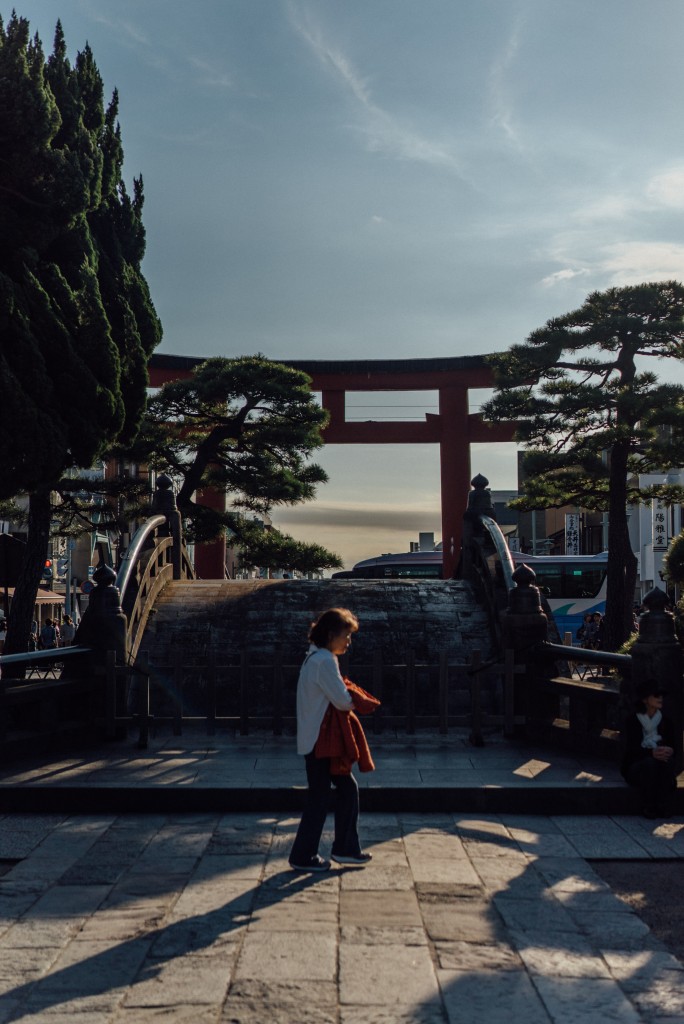 Kamakura is often listed as one of the must-visit spots if you’re looking for a day trip not too far from Tokyo. If you decide to get out there, definitely put Tsurugaoka Hachimangu, home of the Samurai, on the top of your list of places to go!