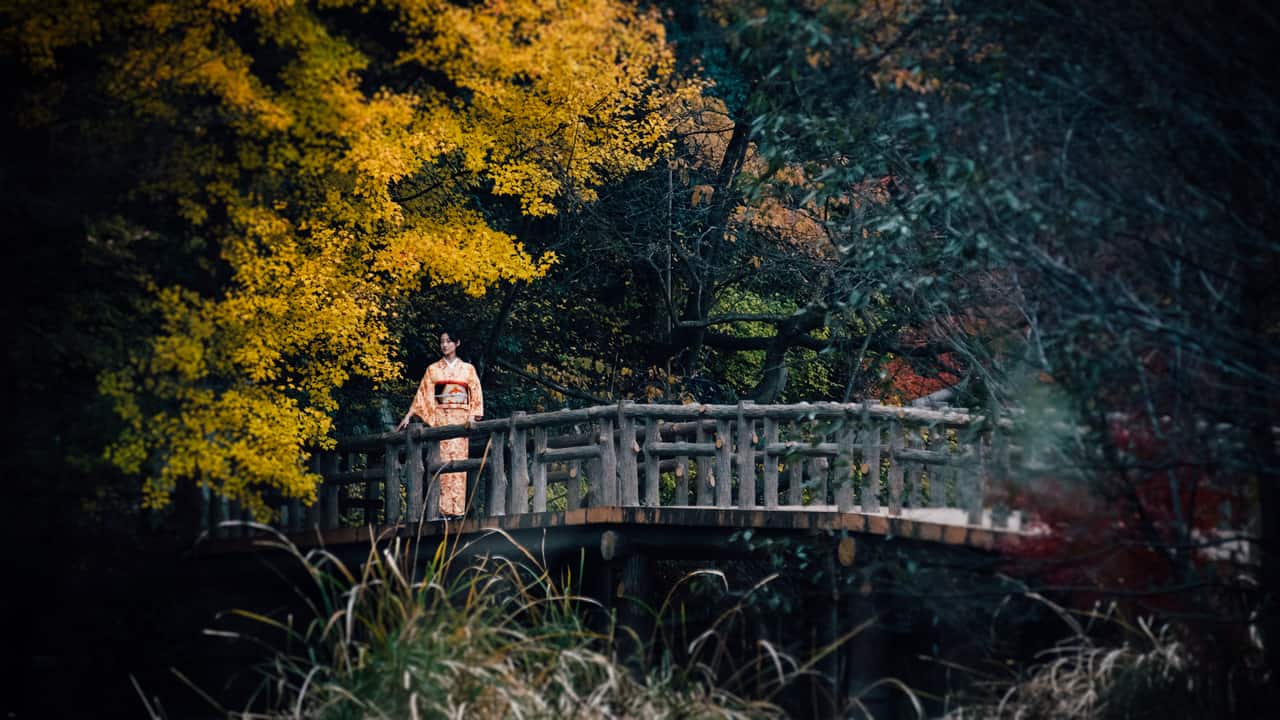 An Introduction To Japanese Kimono

In the minds of many people considering a trip to Japan, one of the iconic images of this beautiful country is its national dress, the kimono. Kimono have existed for hundreds of years in Japan and continues to be an enduring image representing Japanese culture. What is the history of this lovely garment and how does it maintain its popularity in Japan although most people cannot even dress themselves?

Like many things in Japan, kimono are believed to be heavily influenced by Chinese culture, in this case, the silk garments worn by the Wu Dynasty in the 3rd century AD. Kimono in Japan appeared quite different than how we see them today until the Heian Period starting in the late 8th century, when new techniques for making kimono were invented that were less labor intensive and produced less wasted fabric.

The original meaning of kimono 着物 is “things to wear”, but eventually it evolved to describe only the traditional garment of Japan. Kimono are made from a single length of cloth called tanmono 反物, about 36-42 cm wide and 12 meters long. The style varies only slightly between men and women, mainly in the sleeves, which are generally longer for women, providing a more graceful appearance.

Though people believe real kimono are made only from silk, the fact is that many modern kimono are made from a variety of fabrics including cotton, wool, linen and even polyester. Silk was considered the ideal kimono fabric, and many people still desire to own a silk kimono, but they are difficult to clean and care for. There are many different styles of silk made in different regions of Japan, some of which you wouldn’t even recognize as silk even if you looked closely.

Kimono tend to be more popular with women than with men, and probably for good reason. Men’s styles tend to be conservative in both colors and patterns; generally, men’s kimono are solid colors in brown, blue, or grey with equally understated obi to tie them. Only recently have some modern kimono manufacturers started experimenting with bolder styles for young men in an effort to revive kimono as men’s fashion.

Women, however, have always had a greater variety of colors and patterns to choose from, though the freedom to choose one’s kimono style is more of an illusion than reality in traditional kimono culture. Kimono patterns and colors are aligned closely to the seasons and therefore only certain colors and patterns are appropriate depending on the time of the year. Blue may be your favorite color, but blue is considered a summer color so kimono traditionalists would silently frown on you wearing a blue kimono in the Spring. This traditionalist view of kimono may be partially responsible for the decline in wearing kimono as women find it difficult and expensive to adhere to the unwritten rules. Fortunately, some modern kimono companies are trying to reinvent the kimono to break out of these rules, creating modern patterns that aren’t aligned with any particular season.

Besides a greater variety of colors, women also have a large variety of kimono types to choose from. Although the basic shape of the kimono is basically a standard, fabrics and patterns can vary widely even within a single season. Some kimono are also made for special occasions or types of professions.

Kimono with normal length sleeves come in different types for different occasions. Komon 小紋 are the most casual type of kimono, usually covered with a repeating pattern and made from cotton or some lighter, less expensive material. This was the typical wear of Japanese women before Western clothes became popular in the 20th century.

Plain iromuji 色無地 are solid colored kimono typically used in tea ceremony and other semi-formal events. Brighter colors are reserved for younger women and women are sometimes criticized for wearing a color that is not age-appropriate.

Houmongi 訪問着 are more formal kimono, often dyed with elaborate patterns resembling paintings that flow over the shoulder and sleeves or below the waist to the hemline. These are the “party dresses” of kimono, meant to be worn out to fancy events and be seen.

Tomesode 留袖 are the most formal non-wedding kimono. They are dyed or embroidered with the family crest in 3 or 5 locations on the sleeves and the center back below the neckline. Like houmongi, they are decorated with elaborate patterns either dyed or embroidered, sometimes with real gold thread. Married women only wear black tomesode while unmarried women can wear tomesode in a variety of colors.

Kimono with the longest sleeves are called furisode 振袖 and are generally only worn by young girls and unmarried women. These are also the kimono often worn by the maiko sometimes seen hurrying through the streets of Kyoto, or more often by tourists dressing up like them. The most expensive furisode are made from silk though polyester furisode are common as rental kimono. Girls wear furisode on Coming of Age Day in January and at graduation ceremonies from high school or university. They are also sometimes worn for pre-wedding or engagement photos.

There are a number of other kimono types used for very specific occasions such as wedding ceremonies and traditional dance, but these are the most common types of kimono you will find on a visit to Japan.

Indeed, yukata 浴衣 are a summer version of kimono made of cotton or linen, popular due to their comfort in the humid summer weather and ease of putting on. Unlike kimono, yukata don’t require extra layers of special undergarments to wear. You can wear them right over your normal undergarments (or even shorts and camisoles) and the obi can be tied in a variety of ways ranging from extremely simple to moderately difficult.

How To Put On A Kimono

Putting on a kimono can be a complicated process which must be followed if you want the result to be presentable. This is a large barrier for those who would like to wear kimono more often as it can take an hour or more to dress yourself in kimono and months to learn how to do it well. We have a tutorial with a video on how to dress in kimono for those who would like a simple lesson. If you have any interest in buying a lovely second-hand kimono in Japan to practice wearing at home, be sure to view the article first to find out all the accessories you will need to purchase to wear a kimono properly.

Because of the complexity of putting on a kimono, professional kimono dressers are common in Japan, usually employed by people who need to dress up for a special event, much like women might get their hair and nails done before a special occasion in the West. For visitors to Japan, kimono rental shops are commonplace around tourist areas where people might enjoy strolling about in kimono, so you should have no problem locating such a shop in places like Tokyo’s Shibuya neighborhood or Kyoto’s famous Gion district.

Are Kimono Popular in Japan?

Despite the barriers created by the traditional rules of wearing kimono and the steep learning curve in dressing one’s self, kimono have been making a bit of a comeback in modern Japan.

There are a number of factors driving the revival of kimono in Japan. One is obviously the existence of synthetic materials like polyester. This enables people to wash their own kimono instead of sending out to an expensive silk cleaner and storage is much easier as polyester does not wrinkle easily. However, synthetic fiber kimono have been around for decades and that alone has not created a strong revival in wearing kimono in Japan.

A more compelling reason for the revival is a new attitude about kimono from the companies making them. For centuries, kimono companies catered to their wealthy, older generation of customers, to whom they could sell kimono costing as much as a new automobile. In recent years, the number of customers willing to spend extravagantly on kimono has dwindled to the point that they can no longer survive on these types of customers.

Reaching a younger audience, however, means breaking traditional rules about wearing kimono. As I mentioned, all the unwritten rules and silent judgment from kimono traditionalists have discouraged people from wanting to wear kimono more often. So new kimono companies are creating styles of kimono that are so non-traditional, they cannot be bound by any traditional rules. Kimono and accessories made with lace, kimono made to be worn with Western accessories, wild patterns that are unrelated to the seasons are all ways kimono manufacturers are reinventing the garment for a younger audience. Even the established companies have taken notice and begun to experiment with sub-brands that focus on a younger demographic.

The history of kimono runs through Japanese culture like a backbone; it is difficult to imagine a Japan without kimono. When you come to Japan, take time to appreciate and even experience for yourself what it means to wear this garment that has become the world’s icon for Japan.