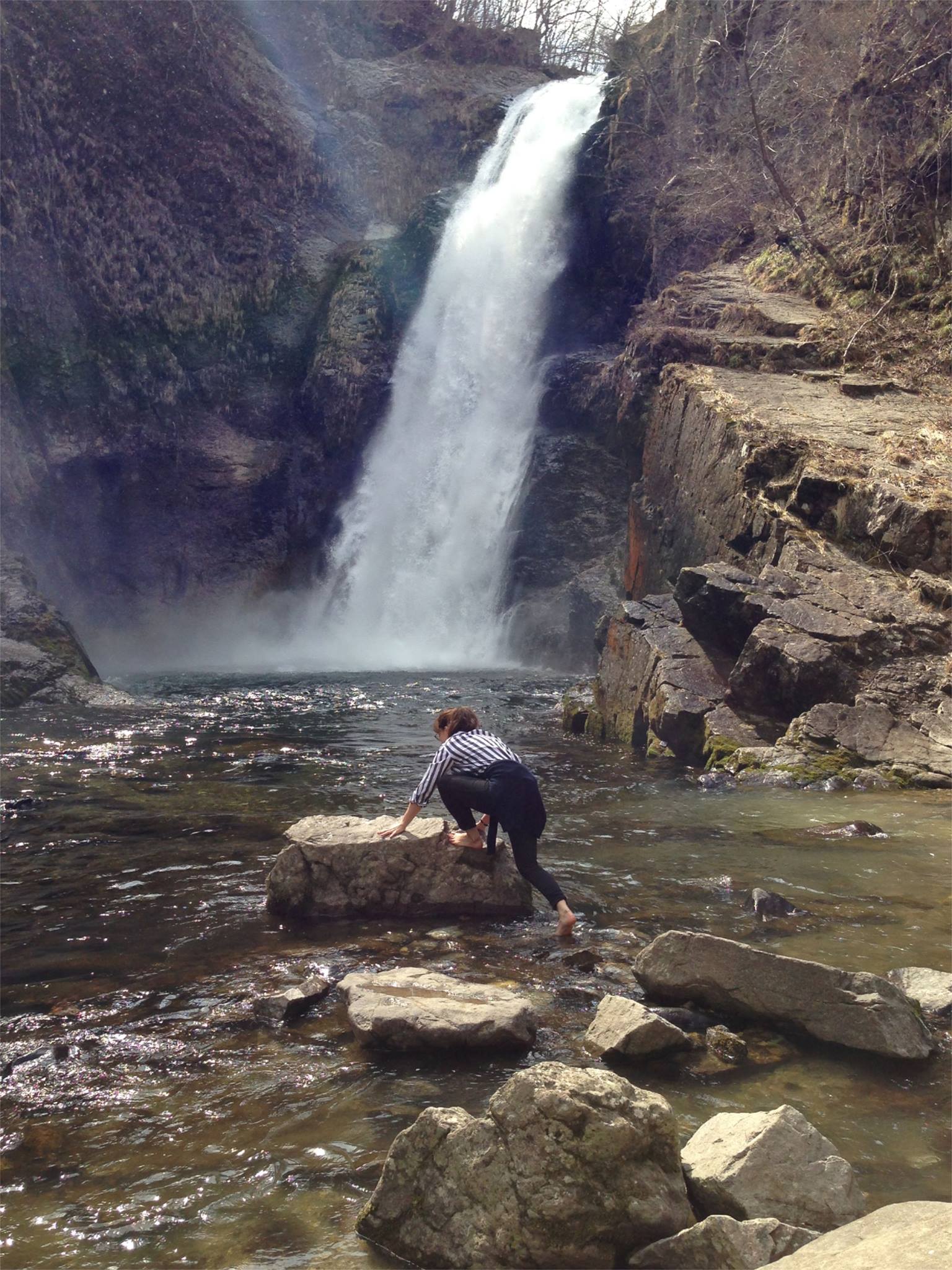 We heard the crashing of the Akiu Waterfall in Miyagi long before we saw them, cascading down a jagged cliff, splashing into the crystal clear pools below. 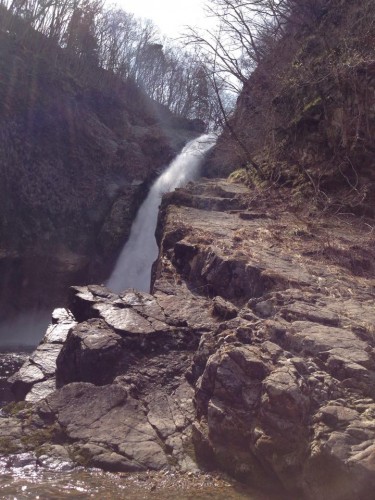 Had enough of the dazzling (but exhausting!) city life? Why not try visiting Akiu Waterfall, just west of Miyagi, where storms of water spill into a small gorge, the start of a turquoise river winding its way past classical Japanese forests and giant boulders. Starting at the top of the valley where we parked our car – there is also a bus – we meandered through the miniature gardens of a small Shinto shrine, towering trees creaking overhead. Here, you can swap a 100 yen coin for an omamori, or a traditional protective talisman.

A few more steps led us to the beginning of a small hike in Miyagi to reach Akiu Waterfall. Wooden steps dug into the side of the mountain trace up and down for about 15 minutes, pine needles softening our footfall, bamboo shoots poking through to greet us in the chill morning air.

Carry on through the forest, and from the top of the hill, we saw the tarmac curling through the valley, also leading to our destination – a bridge arching directly over the falls – a pleasant and easy alternative for those who do not want to walk.

Just past the bridge and to the left, we found a little dirt path leading directly to the falls! Steam from the river rose past us, drowning us out as we neared the giant crater in the rock, hollowed out by centuries of the force of the water. Here, there is a little beach – you could bring a blanket or have a picnic to bask in the sunlight and the rainbows dotting the moisture in the air. 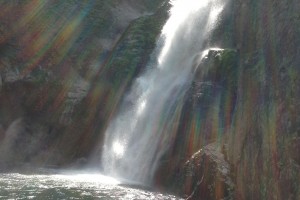 We peeled off our shoes and socks and stepped into the water. It is so cold that they immediately started to hurt but it is so crystal clear and clean that it was impossible to resist! You can hop onto little rocks poking out of the water and get close to the falls. In the summertime, Akiu Waterfall is amazing for a splash, as the river also gets a bit deeper as you move away from the waterfall. 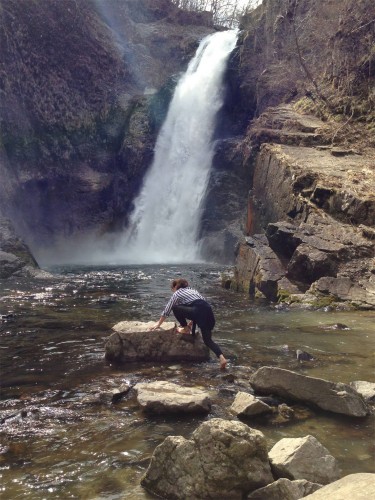 Our feet glowing and smarting from the ice-cold of the water, we put our shoes back on and clambered up the side of the waterfall, along a small cliff on the right. From here, you can look straight into the basin from above, a fantastic view and imposing glimpse at the true force of nature. Unlike in places in Europe or America, where the crowds force authorities to set up ugly fences and barriers, here in Miyagi there is nothing man made, and as long as you are careful, you can peer over the edge of the cliff with no problem. 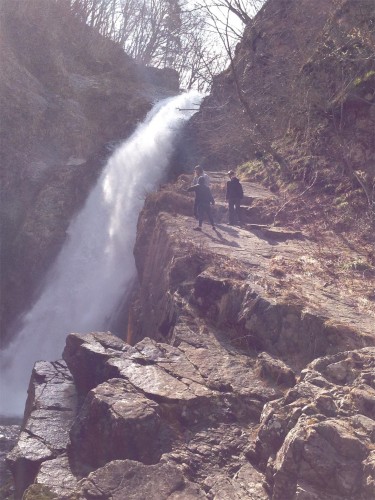 This 55 meter waterfall is truly spectacular in any season, but perhaps the most breathtaking would be in the summer or autumn, when the trees are less bare. Don’t be put off by the time of year, though – we trekked there in March and the sight is no less magnificent. 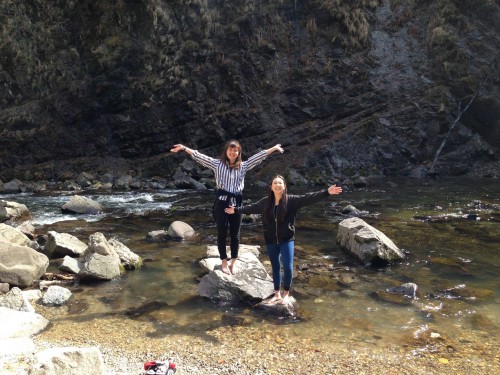 Our socks damp, our smiles wide, the roar of the waterfall of Miyagi rang in our ears the whole journey home.

Access: Car (parking at the top of the valley, in front of the shrine); Number 8 bus to Akiu Otaki from JR Sendai Station West Exit Bus Terminal (get off at the last stop).